The rapper may be off in another dimension, but he’s a realist. And realism is messy. 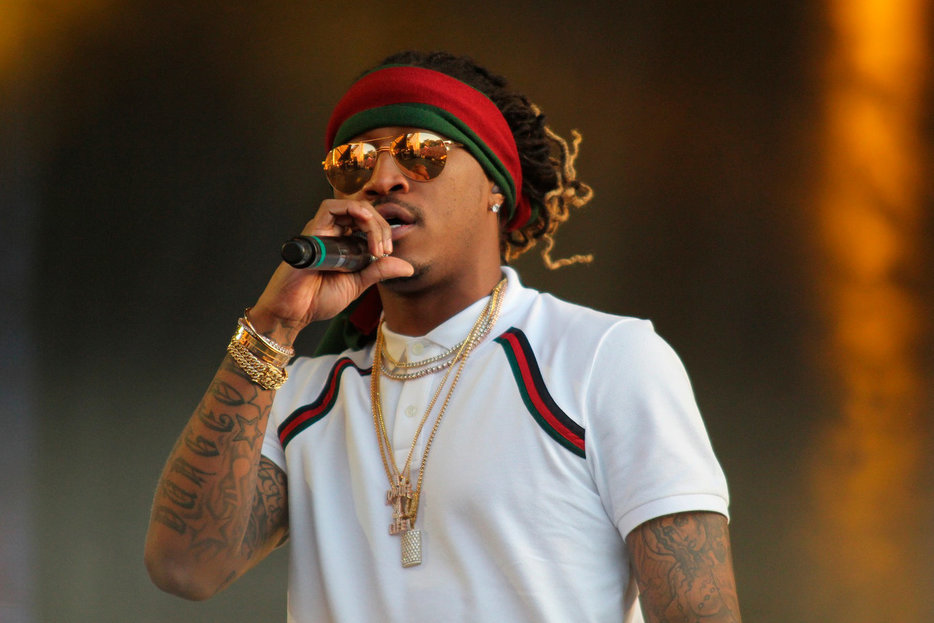 One of the most popular rappers in the world is a morose, drug-addled, self-loathing, free-associative megalomaniac who, by his own off-hand admission in the intro to “March Madness,” may not even recognize the words coming out of his mouth. Atlanta’s Future may not be the most unlikely pop star ever, but there’s disparity between his bleak, disquieting output and his prominence in (and influence on) hip-hop’s ecosystem.

While sometime collaborator Drake excels at crafting ideal product—see the just-released “Summer Sixteen” for Drake’s version of going rough around the edges—Future stubbornly retreats further and further into his own psyche. Since his Monster tape dropped over a year ago, he’s put out material at a frightening clip, including last summer’s DS2, a chart-topping doom-and-gloom opus that’s decidedly ambivalent about, well, pretty much everything that’s fun or rewarding about being a hyper-successful musician. At its most robust—think certified hits like the aforementioned “March Madness” or “Fuck Up Some Commas”—Future’s music admits very little light. At times, it’s an utterly joyless, sometimes scalding form of introspection constantly teetering on the edge of an abyss.

For every line about needing love, or affectless reference to threesomes and sex on call, there’s one that brags about smashing every Instagram chick of note. Future may sound forlorn as he talks about buying cars and cribs but disillusionment is itself a luxury item. As much of a bummer as this music can be, it’s also almost certainly conflicted. Future can’t stop himself but he also doesn’t particularly want to. That’s why Tom Breihan can aptly describe “Perkys Calling” as “a party song and an addiction song at the same damn time.” That’s why it’s so important to look at Future’s success not as some triumph of pure art or a radical break with the rest of the rap world so much as it is trap music plus perspective, non-stop partying with a tinge of regret, misogyny occasionally undercut by a conscience or longing for something better. Future may off in another dimension, but he’s a realist. And realism is messy.

There’s something oracular about him, in the sense that an oracle dispenses truth while unable to disclose any more than it’s given.

Future is hardly the first rapper to look inward, expand the genre’s range of emotion, or favor sparse, atmospheric tracks. What makes Future so compelling is how intent he seems on breaking down rap’s conventions, seemingly for his own amusement or out of sheer disillusionment. The trend continues on Purple Reign, his latest unofficial release. Future’s vocals are a ravaged, haunting sing-song as he deploys Autotune like an effects pedal gone haywire. He rides the beat effortlessly, at times haphazardly, finding tricky pockets of rhythm to fit in stray words or emphases. Lyrics tumble out seemingly at random; even his most fully formed thoughts fail to connect, despite touching on frequent rap fare: Crime, money, drugs, strippers, wealth, and just generally being the best. The beats he chooses are minimal and woozy, anchored only by skittering drums and—this goes for Future’s music as a whole—an uncanny knack for melody that at least partly explains his immense popularity.

But Future doesn’t just break the mold, he actively scorns it. He makes purists groan while at the same time scraping much of the luster off from a hedonistic, glamorized materialistic rap lifestyle that he can barely bring himself to enjoy. If Future didn’t make such irrepressible music, and if he weren’t such a supremely confident presence in the booth, he’d be more important for what he isn’t rather than what he is. When Lil Wayne declared himself an alien from outer space, it was to assert his Superman-like dominance over all the competition. Future is downright otherworldly. It’s not hard to imagine, him, literally or figuratively, wandering through some desolate, craggy landscape, rapping about the finer things and good times in a desperate attempt to convince himself that all is not lost, or to soldier on in search of … well, whatever it is that Future wants.

All of this assumes, though, that Future has any idea what Future wants. Depending on whom you ask, Future is either a mad genius or a zonked buffoon; when asked about What a Time to Be Alive, his largely forgettable collaboration with Drake, Future answered simply, “it never happened.” What did he mean? Who knows. Who cares. The same goes for his multiple alter egos like Future Hendrix, The Wizard, and Super Future, introduced cannily at the beginning of tracks as if they offer real context for the listener. That these identities exist is almost more important than whether or not they’re intelligible to anyone. There’s something oracular about him, in the sense that an oracle dispenses truth while unable to disclose any more than it’s given. For a rapper who has gone out of his way to lay himself bare in his music, Future remains largely impenetrable, perhaps even to himself.

Therein lies much of his appeal. The more the man seemingly unravels, the further he stretches the boundaries, the more his vision coalesces. The better we get to know his art—a word he’s thrown around on more than one occasion—the better we come to correctly misunderstand Future. And in that, we’re probably not far from the truth. If he’s lost and flailing, we’re at least learning to plumb those depths with him. The more he recedes, the more we appreciate him from a distance. The less sense he makes, the more it delights. What makes Future such unstoppable pop music is that he’s damn adept at inviting us into his world and compelling us to stick around past the initial lure.

Future often runs the risk of lapsing into self-parody; listening to him these days can be a decidedly one-sided experience. Except that despite itself, Future’s music is charismatic and catchy. This might seem like an odd thing to say about such unremittingly bleak material but Purple Reign is fun. This is entertainment, not spectacle. Take Future’s seemingly incessant drug intake: Lean to take off the edge, Percocet to get numb, Xanax to float above it all, molly as anti-depressant, weed for a general state of disorientation, acid and mushrooms on principle alone. By his own admission, Future is an addict. At the same time, it’s a boast, a statement not only about how fucked up he is but also how much he loves to be fucked up. Altered consciousness may be a way out for some, but for Future it’s a way into a preferred state, albeit one that stands apart from the rest of the world.

To see Future as a poet of existential pain or a one-man crusade against rap norms is to ignore his accessibility, his ability to connect with listeners despite venturing so far out. It’s heady stuff, to be sure. But Purple Reign, like almost everything else he’s done since Monster, isn’t half-empty. Despite itself, it’s brimming over. We can fight this impulse and hold fast to critical assertions about Future-as-avant-garde. Except as internally wracked as he may be, as many mixed signals as he might send in his music, Future is a professional out to make hits and be the best. Innovation is a byproduct of just being himself, not an end in itself or something that should happen at the expense of making music that just plain knocks. It certainly never comes at the expense of connecting with his millions of fans because without them, his ego really is empty. Whatever demons he’s trying to wrestle down, Future is a master craftsman exactly because he’s wrapped the genre in something bizarre and new without ever losing sight of larger audiences. His sophomore effort Honest was panned for pandering; this prompted the immortal line “tried to make a pop star and they made monster.” The irony is, this monster has virtually dominated the genre since breaking free of its expectations. The more we allow ourselves to appreciate Future’s good times as much as we do his misery, the less it matters that Future will, until further notice, remain fundamentally unknowable. 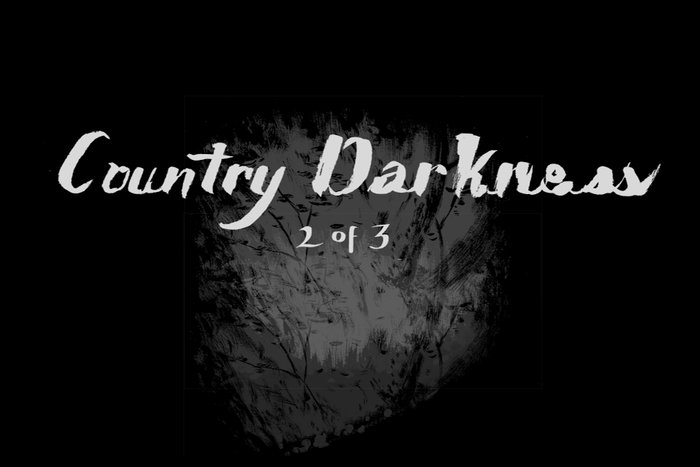 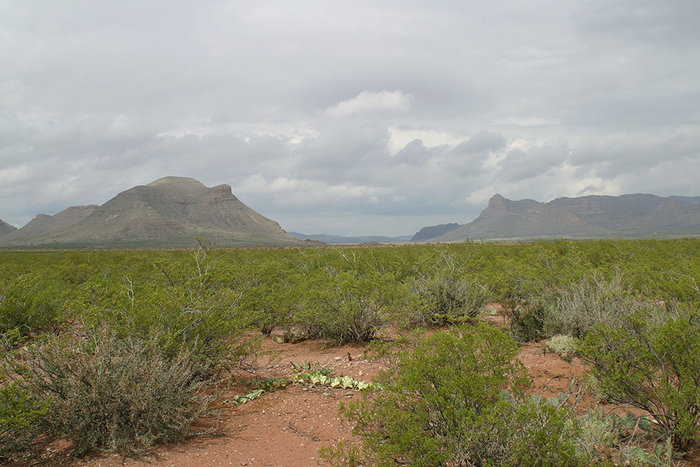 Science
The 10,000 Year Clock
Somewhere out in Texas, a group is building a machine to challenge the human perception of time.

Rick Rubin and the Spiritual Origins of Creativity
Rollie Pemberton
What Does the Sea Sound Like?
Matthew Braga