Somewhere out in Texas, a group is building a machine to challenge the human perception of time. 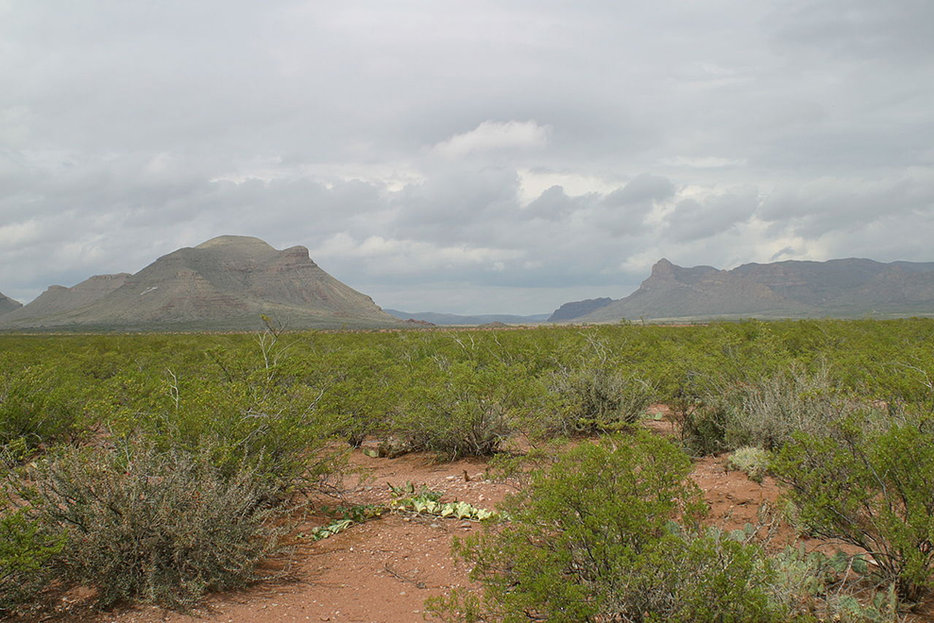 Alexander Rose leans back in the café chair, and in a soft, steady voice, begins to tell the story of how you might visit the clock:

You and your fellow adventurers would drive into the desert, somewhere past the town of Van Horn, Texas. Around sunrise, you would begin your hike across the valley floor, aiming for the rock cliffs, walking a canyon path that gets narrower and narrower, until you arrive at the cliffs’ base. You’d find a curious opening that looks like it could be either geological or man-made, and if you ventured inside, after a few hundred feet of dim cave pathway, you’d come upon a door. If you were brave enough to pass through, you’d see that the cavern walls had changed from rough limestone to hewn rock, that you’d moved from the natural world into a mysterious built one.

“If you looked up,” Rose says, “you’d see light filtering through from the surface, even though you are 500 feet underground. You’d be seeing it filtering through what looks like machinery over your head. And there’s a spiral staircase and a shaft. So you’d start walking up the spiral staircase.” This machinery, an enormous, carefully wrought column of stainless steel instrumentation inserted into the mountain bore, will be the clock, meant to last for 10,000 years, a monument—and a challenge— to the human perception of time.

Your brain edits time—one of its most fascinating perceptual mechanisms.

Rose is the executive director of The Long Now Foundation, the group that is building the clock, under construction now with a launch date in the undetermined future. But the foundation members have already richly envisioned that otherworldly ascent up a twisted staircase. As he sips coffee in a sort of oddly timeless café—1940s pop standards wafting through the background clatter, classic neon on the walls—near the foundation’s San Francisco office, somewhere out in Texas, a giant diamond-edged saw is carving limestone slices from the bore, creating the central stairway that will wrap around the clockwork. In Seattle and in California’s North Bay, engineers are machining the clock’s internal mechanisms, trying to fabricate parts sturdy enough to stand the test of time. A heck of a lot of time.

The clock is the brainchild of star programmer Danny Hillis, who conceived it, Rose says, “as a kind of antidote to what he had spent most of his life working on, which was building the very fastest supercomputers in the world.” The problem, Hillis felt, was that the cultural emphasis on speed was prompting people to sacrifice the good of the future for the needs of the present. As a species, we had become too focused on short-term time spans like electoral cycles or fashion seasons. “His fear was that there were certain problems that could only be solved on a much longer timescale,” says Rose, “things like climate change or hunger or education. These are not things you solve in a four-year election horizon.” The clock would be a counterexample, Rose says, essentially “the slowest computer in the world,” a behemoth that would force you to see yourself not at the forward edge of time’s progress, but at just one point along its way. “The original kind of poetic version of it was a clock that ticked once a year and bonged once a century and the cuckoo would come out once a millennium,” says Rose.

Eno designed the chime sequence, which will produce almost enough combinations for the 3.65 million days of the clock’s life, assuming it won’t ring on the days when it has no visitors.

Rose, a lanky industrial designer with a thoughtful, deliberate manner, was The Long Now’s first hire. The nonprofit was established in 1996—or rather, 01996. (They’ve already converted to a five-digit year.) The phrase “long now” was borrowed from British musician—and Long Now board member—Brian Eno, who realized upon moving to the United States in the 1970s that “now” in New York City meant something a good deal faster than it had in England. “He called having a larger time sense the ‘long now,’ ” says Rose. “And so we took that and stretched it out even further to mean really the last 10,000 years and the next 10,000.” They chose 10,000 as a civilization-scale time marker. You can count it backward to the beginning of the anthropocene, or the rise of agriculture around 8000 BC, when people began to have a discernible effect on their environment. And now the clock will count it forward.

Rose continues describing what you’ll see if you climb the clock’s stairs: “You would pass lots of machinery, all of it still. Some places you’d get a chance to actually wind it up.” The staircase will lead to a main room with a display of dials, which will show the date when people last visited—maybe yesterday, maybe a thousand years ago. In case people make this visit so far in the deep future that they no longer understand the Gregorian calendar, this display will also read time out in the position of the sun, moon, and stars.

Visitors looking at the dials, says Rose, might notice another curious thing: “There is a pendulum still ticking away, even though the dials haven’t moved in a thousand years.” There would be an obvious-looking hand winder, and if you chose to crank it, he says, “you’d see all the astronomic dials move and all the dates move and update. And they would stop when they hit now.”

The clock will have two power sources: hand-winding and a thermal mech- anism that harnesses the temperature differential between day and night. Extra energy will be stored in a weight system, enough power to keep time for 100 years without sun or people. When the clock is fully wound, it will chime at solar noon, a unique peal of ten bells each day for 10,000 years. (Or at least very nearly. Eno designed the sequence, which will produce almost enough combinations for the 3.65 million days of the clock’s life, assuming it won’t ring on the days when it has no visitors.)

As the chamber spirals around the clockworks, Rose says, it will get tighter and tighter, until you finally emerge in a cathartic breakthrough at the top of a cliff. “Then you have this big 270-degree view of the high West Texas and New Mexican desert,” he says. But more importantly, after your close experience with this massive time sentinel, you and your friends are “hopefully somewhat changed by the experience, and travel home together, talking about it and thinking about it.”

And thinking about time is complex. Perception includes metasensory, or polysensory, experiences, which draw information from multiple sense organs. There is no one time-telling organ, no time cortex or lobe; indeed, the neural function of timekeeping is likely distributed throughout the brain. And we use many of our senses together to gauge time. Imagine a herd of wild horses running across that Texas flat. You can see time in the arc of their approach, in how they seem to grow bigger as they get closer. You can feel time, if you lay your hand on the trembling ground. Thanks to the Doppler effect, you can hear time as they thunder past. And your brain, ultimately, edits time—one of its most fascinating perceptual mechanisms. It must, because time comes to us through these organs at varying speeds. It syncs these inputs to produce a coherent experience for you, so that the horses and their noise and the vibration from their hooves all seem to arrive at the same moment.

Time is also a cultural phenomenon, measured through man-made devices and used to modulate our behavior, making it perhaps the ultimate commingling of hard and soft biohacking forces. We’ve taken time cues from natural cycles both inside and outside of our bodies: our sleep/wake cycle, the movement of planets and stars, the change of tides and seasons. We’ve translated these into counting mechanisms, from sundials to calendars to clocks, of which The Long Now project is merely an enormous example. But it’s not the first major attempt to calibrate our time perception as a species, to coordinate our lives as a human society. So if you want to understand time, you have to examine it on more than one level. What kind of time you perceive really depends on what kind of clock you are reading.

Excerpted from WE HAVE THE TECHNOLOGY: How Biohackers, Foodies, Physicians, and Scientists are Transforming Human Perception, Once Sense at a Time by Kara Platoni. Available from Basic Books, a member of The Perseus Books Group. Copyright © 2015.

Kara Platoni has a master’s degree from UC Berkeley’s Graduate School of Journalism, where she now teaches reporting and narrative writing. The winner of the American Association for the Advancement of Science’s Journalism Award and the Evert Clark/Seth Payne Award for Young Science Journalists, she lives in Oakland, California. 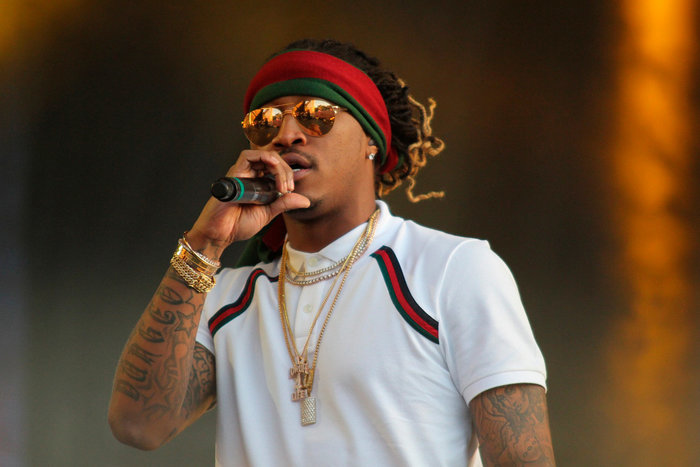 Music
Future Imperfect
The rapper may be off in another dimension, but he’s a realist. And realism is messy. 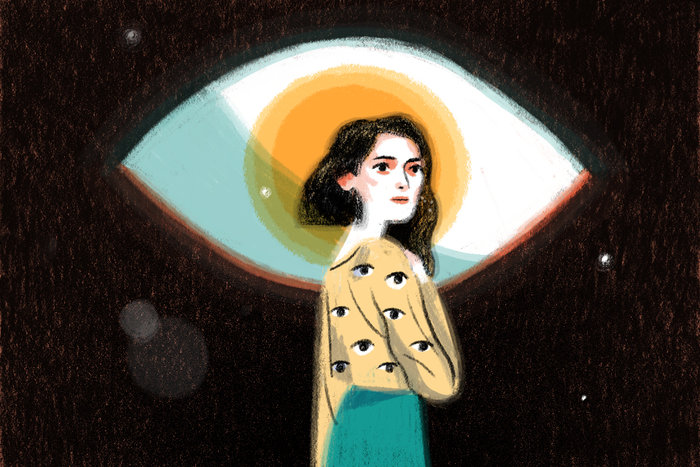 Film
Winona, Forever
Ryder has always been trapped in her own anticipatory nostalgia, and the public has always wanted to keep her there.