If only the ever-regenerating time-traveller were around to give us some perspective on current events—from the new nuclear agreement with Iran to our failures to grapple with climate change. (Also: Rob Ford is possibly a ravenous space worm.)

This weekend the BBC broadcast a world-record-setting simulcast special to celebratethe 50th anniversary of Doctor Who—and its proximity to a certain other 50th anniversary, that of the Kennedy assassination, was a reminder that this series about time travel has been tangled up with history from its beginning.

In fact, the events in Dallas nearly sank Who from the start, as even across the Atlantic the public wasn’t exactly in the mood for a scary-but-whimsical family series about aliens and monsters the weekend of the show’s debut. As depicted in another Who-commemorative BBC production recently, the docudrama An Adventure in Space and Time, Verity Lambert (herself a pioneer as one of the first female TV producers in Britain) had to insist that the premiere be rerun right before the second episode because nobody had seen it.

Otherwise it might have vanished and we’d never know what we’d missed: a dozen or so intermittently regenerating Doctors; an even larger batch of younger sidekicks; some 250 stories of widely varying quality; childhood nightmares where the Daleks scream “exterminate! exterminate!” as you wet the bed (what, that never happened to you?); trailing-scarf Halloween costumes; and a brilliantly idiotic 1988 prank number-one hit, to name a few, all gone.

Which is, of course, the kind of paradox that is often a central plot-point of Doctor Who—some malevolent force is about to alter history, and the Doctor and his companion(s) have to boot through the time vortex in the TARDIS to prevent or correct it. But if they intervene in the wrong thing (a companion’s personal family tragedy, for instance), they also might destroy the Earth or the whole universe.

How to decide? David Tennant’s Doctor explains it to Catherine Tate’s Donna in 2008’s The Fires of Pompeii, when she’s beseeching him to warn the residents of the ancient city that Vesuvius is about to blow:

Donna: How do you know which is which?

Doctor: Because that’s how I see the universe. Every waking second, I can see what is, what was, what could be, what must not. … That’s the burden of the Time Lord, Donna. And I’m the only one left.

I’m only a sporadic Who fan. As a kid, after dinner on weeknights I would suffer through the terrifying (but innovative) opening credits and struggle to follow the heavily British-accented techno-babble on TV Ontario—in the days when it would be followed by five minutes of pedantic analysis to render it acceptably “educational”—before being introduced, perhaps more lastingly, to old black-and-white movies and adventure serials by Elwy Yost on Magic Shadows. In the past couple of years I’ve been catching up unsystematically with the somewhat more sophisticated 21st-century series on Netflix.

But after another little binge this weekend I’ve been left reflecting on how much we could use that Time Lord flux-o-vision in real life. It would be very helpful when watching the news. Consider this weekend’s U.S.-Iran negotiated agreement—reactions are polarized on the basis of far-too-confident prognostications of the future on every side. Israel (mostly supported by Canada) predicts that Iran will use the treaty for cover as it continues to pursue nuclear weapons; the Obama administration (supported by most of Europe) says it will permit unprecedented verification of Iran’s claims and, with further talks, make a more peaceful world.

If the Doctor were here, he could tell us which timeline is correct, not to mention teleport into Iran’s enrichment plants and render them inoperative with his sonic screwdriver, if that were the right thing to do.

More significantly, though, the Doctor could help us sort happenings that really are hinges of history from the stupid shit we are distracted by every day.

Surely, for instance, the Doctor would assure the public that the glitchiness of the U.S. government’s health-care website is a miniscule problem compared to the benefits of the reform itself—but that the real catastrophe was keeping the system in the hands of private insurers in the first place. (Also, he might add, you know you can sign up over the phone, right?)

The rampages of Rob Ford? Unless his clan turns out to be wearing skin suits concealing bodies composed of ravenous space-worms whose life force relies on regular infusions of booze and cocaine—a possibility I wouldn’t dismiss out of hand—I suspect the Doctor would shrug Toronto’s mayor off as “mostly harmless” (to borrow a phrase from former Who script editor Douglas Adams). The Mike Duffy Senate payoff scandal, similarly, would barely be a blip on the TARDIS time-stream radar.

Meanwhile, mesmerized by these penny-ante dramas—for the sake of which Canadians prove surprisingly willing to leaf through hundred-page police reports—we seem unable to focus a smidgen of attention on larger crises, as demonstrated by the festival of ass-covering and foot-shuffling in Warsaw that was this month’s 19th annual U.N. conference on climate change. If only Stephen Harper and, say, the entire U.S. Congress could be packed inside the TARDIS for a jaunt into the future they’re preparing, or if someone could tell us whether it’s already too late and to get busy abandoning planet, or if … well, I’d welcome any input at this point, frankly.

Even sticking to the landscape of Canadians scandals, though, I bet the Doctor would be more intrigued by the ongoing investigation into the web of politics, organized crime and urban development out of Montreal. What makes us so sure, for example, that the problem is confined to Quebec? Perhaps it would be logical to make more inquiries into how the game is played elsewhere, including the jungle of condo construction that is Toronto, overseen by far-from-transparent bureaucracies.

I’m not saying that it’s all a Canada-wide conspiracy of disguised, slimy bat creatures who are gathering their resources to obliterate humanity and take up residence hanging from the roofs of buildings that recall their extinct home planet’s towering crystal mountains. I’m just saying.

All that’s certain is that some issues currently in play will prove to have exponential, extrapolative, wibbly-wobbly-timey-wimey consequences for our descendants, that many others will not, and that our puny race of single-hearted monkey brains is lamentably poor at telling the difference.

What’s to come is inaccessible, as in a sealed box, and while we regard events mostly with narcissistic regard to what they’ll do to or for us in the next ten minutes, the thing about history is that, just like the TARDIS, it’s bigger on the inside. If the Doctor were to drop by, he might be able to remind us that people are supposed to be like that, too. 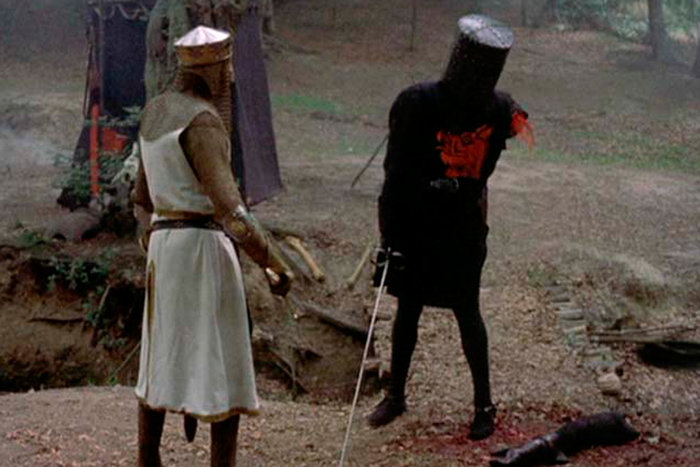 Hear The People Sing
‘It’s Just a Flesh Wound!’ and Other Timely References 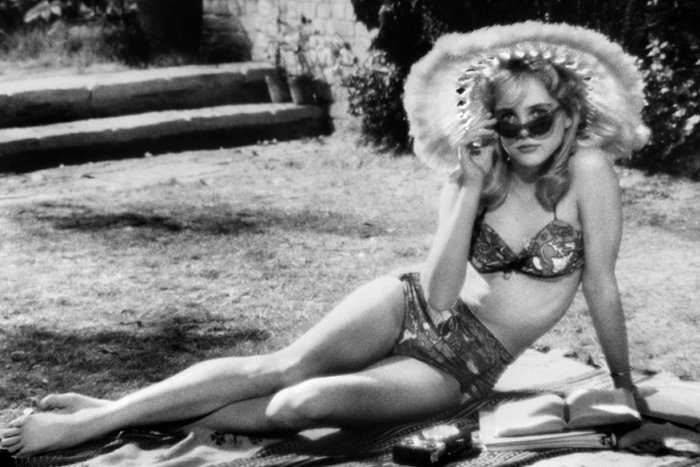