What’s Old is New: Autorevivalism, From Hernandez to Haneke 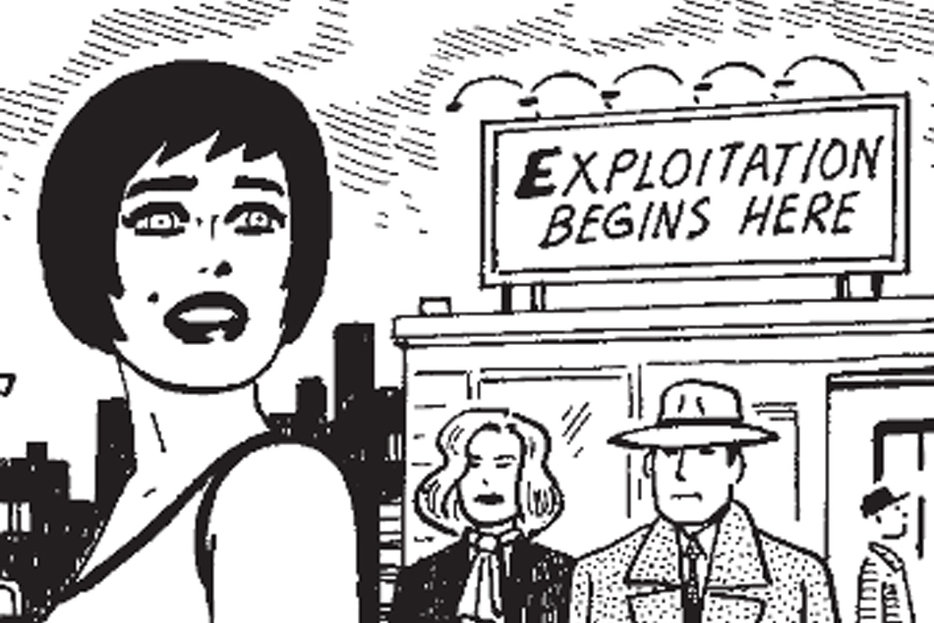 It’s odd to keep realizing that the two best cartoonists in the game right now might be a pair of middle-aged brothers from Oxnard, California. While Jaime Hernandez drew intricate skeins of emotion from the same Locas ladies almost all of his work focuses on—after “The Love Bunglers” finished serializing in 2011, The Comics Journal’s Dan Nadel casually declared that it was among the five best stories the medium ever produced—his more prolific brother Gilbert has wandered away from the setting his reputation once rested on, undertaking a series of startling and aggressively capricious experiments.

In the past year alone, he’s published the character study Julio’s Day, a “semiautobiographical” evocation of post-war childhood called Marble Season, his usual share of the brothers’ Love & Rockets annual, and now Maria M., the first half of something that resists any clear summary. It’s presented as the “adaptation” of a grimy crime film based on Hernandez’s classic, tonally unrecognizable Love & Rockets story “Poison River,” starring the lisping psychiatrist and occasional B-movie queen Fritz as her own mother—a comic inspired by a lurid fantasy about real (fictional) events, inventively derivative.

The standard suspicion towards remakes, that they’ve arrived through some unattractive clinch between indifference and desperation, hesitates when a creator returns to their own piece; what we might call autorevivalism seems more obsessive, conceptual, whether that’s promising or ominous. (It’s also distinct from mere revisions, even if, like the ones Henry James performed, they fundamentally alter an existing work.) The self-remake is often a meeting of ego and opportunity: Alfred Hitchcock disliked both the climax and the female heroism in his original The Man Who Knew Too Much, and gladly tried it again to fulfill a contractual obligation for Paramount Pictures two decades later. The appraisal he offered Francois Truffaut, that “the first version is the work of a talented amateur and the second was made by a professional,” reads differently every time. Hitchcock told another interviewer: “I think [the earlier film] was more spontaneous—it had less logic. Logic is dull; you always lose the bizarre and the spontaneous.”

In other cases, this autorevivalism provides a vehicle for stylistic exercises: Yasujiro Ozu’s Floating Weeds is his exacting, colorized iteration of a relatively baggier silent film, while Cecil B. DeMille later expanded a counterintuitively modern Ten Commandments into that movie where Charlton Heston power-lifts stone tablets. At one severe extreme lies Michael Haneke’s you-like-this-don’t-you Funny Games remake, which fills his existing sequence of shots with different actors and a new American setting, adding a certain obvious cultural directness to the thriller’s scoldings for your willingness to watch its violence, but otherwise? It’s like being rapped across the knuckles with a wall installation.

As I found while rereading 600 pages of it in one night, Love & Rockets is not at all like that, though sometimes harder to take in other, subtler ways. In the comic’s foundational phase, Gilbert’s stories typically revolved around a Central American hamlet named Palomar, “where men are men and women need a sense of humour.” The strips read like good gossip spreads, and shared a lot of the same subject matter. Because Palomar seemed to exist at one remove from modernity, edging into the fantastic, Hernandez would routinely get invoked alongside Gabriel Garcia Marquez, but I’ve never found a better description of these characters than what Heraclio says during an argument about 100 Years of Solitude in the narrative itself: “…funny and sad and warm and sleazy and—and progressive and crazy and intelligent…” It’s a setting focused on women, none more so than Luba, disproportionate in figure and temper, who makes dirty jokes and overwhelms men and becomes the closest thing Hernandez has to a protagonist.

Palomar, it turned out, is not magically and timelessly insulated from the outside world, whether that means movie stars, American black-ops experiments, or the immigrant diaspora. “Poison River” clarified that with bleak force. Exploring Luba’s family history through dozens of people orbiting around her, it begins as her teenage self marries a sentimental brute and strands them deep inside rings of murderous deception, where the right-wing gangsters, paramilitary thugs and corrupt cops appear functionally synonymous, even when they’re slaughtering one another. Hernandez squeezes numerous panels and multiple scenes onto nearly every page, using the jump-cut technique he was mastering to make sense of this density. If lust permeates every aspect of life, “Poison River” suggests, it will inevitably come into contact with the awful and dehumanizing ones (though Hernandez has drawn many, many counter-examples). After reading this story, the running joke about Luba carrying a hammer around everywhere gets rather darker.

For half a decade now, Hernandez has been casting Luba’s (equally voluptuous) half-sister Fritz for one-off graphic novels dwelling in various B-movie subgenres, and the second page of Maria M., about their (equally voluptuous) mother, telegraphs the theme on a literal billboard: “EXPLOITATION BEGINS HERE.” Drawn in a sparser, looser version of his style, this remake both simplifies and complicates the cartoonist’s formalism—you almost never see more than four linear panels on a given page, but now the ellipses spill out much faster, and Fritz/Maria regards the graphic sex and gore all around her with a deadpan lack of affect. Gorgo, the courtly, relentless “guardian angel” of Luba’s family, gets reimagined here as the hypercompetent Parker in some lesser Donald Westlake adaptation. (At one point, he hurls a stick of dynamite back at the fleeing car that offered it, the explosion surging to consume the entire panel.) Gorgo killed to protect his charges in “Poison River” too, but mostly he followed and watched and loomed, his unappeasable omnipresence adding to the character’s haunting, mythic quality. Like many of the men and women populating these B-movie comics, Hernandez makes the grizzled old Gorgo we know an iconic, inhuman babe—towards the end of Maria M., in fact, he resembles ‘70s Michael Caine. This is also a darkly funny joke, or maybe just weirdly funny.

Maria M. represents the remake as dialectic, raiding its source material in the most combative sense. (It seems to take place between narrative gaps in “Poison River.”) Rather than any cinematic parallels, Hernandez’s project put me in mind of the superhero origin stories told again and again, recapitulating some central symbol/theme/trauma while simultaneously adulterating it. Lacking a corporate parent to worry about the intellectual property of, he can go beyond fannish theodicy, bombarding any lingering reputation as “the Marquez who draws,” illuminating his comics with clashes between them. It’s a self-remake that remakes the artist’s public self. He’s a different Gilbert Hernandez than he who created “Poison River,” and the same one. “I is someone else,” Rimbaud wrote, sounding like a comic book character himself.

Well That Sucked
What Went Wrong This Week For … Rapists 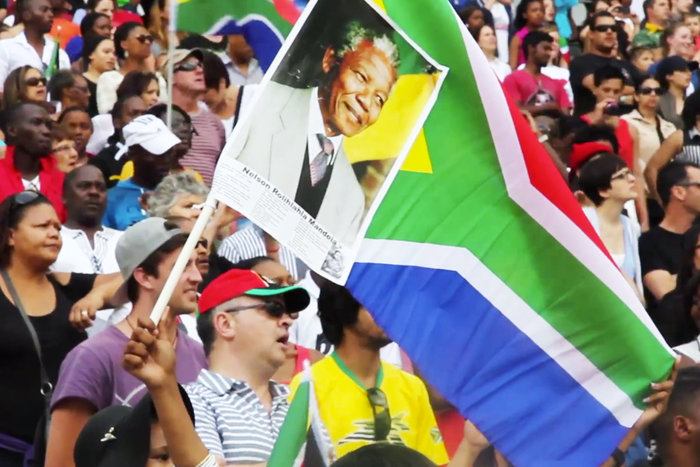 Society
Nelson Mandela: Father, Fighter, Son, T-Shirt
How do you mourn a man like Mandela? The news crews and somber dignitaries did it one way; the locals—dancing, singing…