What Do Muslim Women Need?

To not have “saviors” and hero narratives dictate what they should want, for one thing. 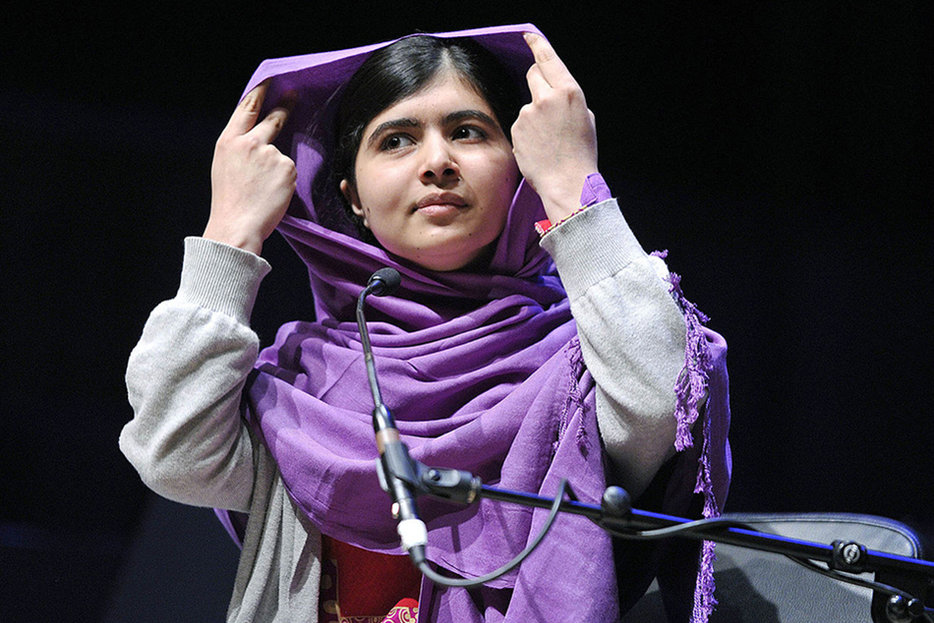 Until fairly recently, I didn’t self-identify as a feminist. I don’t mean I rejected feminism in the way we see young and privileged actresses scoff at the term because they “love men” or we’re “all human and therefore equal.” I rejected it because feminism never seemed like something that was meant for girls like me—black and Muslim. Throughout my education, the concept had always been presented to me in a way that made it seem as though we were included only when we needed to be saved from oppression, and I couldn’t figure out who, or what, I was being saved from.

I remember precisely when this feeling began. I was in elementary school, doing a unit on the Famous Five: without these women, Canadian girls would never have been considered people. Without their efforts, we wouldn’t have the right to vote, own property, or run our own businesses. My teacher at the time, who, looking back, was a casually racist Quebec separatist, pointed out to nine-year-old me that, where I’m from, girls probably can’t do anything.

I was confused, not only because I knew my mom had had a job as a bank teller back in Somalia, but also because in my Islamic education I had learned that Khadija, known as the Mother of Islam, was a prominent businesswoman. I didn’t say anything back to my teacher (she hated me), because I felt like I must have been wrong somehow. Conveniently, she never mentioned how some of the Famous Five were racists and proponents of eugenics. But I guess that wasn’t important as long as white women were allowed to vote.

The nagging feeling that there is something wrong with my culture, the way I was raised, or what I believe, has been pervasive throughout my life. Years of micro-aggressions (teachers and other parents asking if I was “bequeathed” to anyone, asking if my father was strict, or if my mother was educated) left me permanently defensive. I learned that you can’t be a Muslim woman in the West without being questioned about your personal life, or whether you were intelligent enough to make choices. My mom stayed at home to raise us rather than work, and although I saw nothing wrong with that, I got nervous when asked what she did—I didn’t want them to think my dad made her stay at home. I started wearing a hijab at twelve by my own volition, and when people would ask me why I covered, I would emphasize how little my dad or brother had influenced my choice. Still today, when any question comes up referencing where my religion and womanhood intersect, I get nervously defensive. I feel the need to let people know I make my own choices.

After educating myself and realizing that feminism has many interpretations, I now identify as a feminist. However, in even the most progressive feminist spaces, I have seen how little some feminists seem to understand that the experience of a Muslim woman is as diverse as the experience of any woman. Within mainstream feminism, the only time we seem to get attention is through the most extreme and rare stories, usually when we are hurt at the hands of men—honour killings, forced marriages, etc. These things do happen, of course, but their pervasiveness in the discourse shows me we’ve been dehumanized; pawns in a political debate more than anything else.

And it’s not just white, or even Western, feminists who are guilty of creating this climate of “saving” Muslim women. Critics of Islam, such as Ayaan Hirsi Ali and Mona Eltahawy, are ever-present figures in media circles when the topic of Muslim women arises. Their experiences have come to be seen as validation of what we’re told every Muslim woman suffers from, and representative of the female Muslim experience as a whole. Convenient that the narrative that breaks through to the mainstream is one that allows for heroes.

Despite the fact that she no longer considers herself a part of the Muslim community, Hirsi Ali still makes the rounds as an expert. In Hirsi’s autobiography Infidel she claims the only way Muslim women can be free is to renounce their faith completely, as there’s no way we can reconcile being both Muslim and humans with free will. As Max Blumenthal of Alternet points out, Hirsi Ali, in a recent interview with Jon Stewart, fabricated a statistic claiming that Muslims are responsible for 70 percent of violence today. Ali’s exaggerations and lies, which extend to elements of her refugee story, have been public knowledge since 2006, and yet, she is still welcomed as an authority on the state of Muslim women everywhere.

Unlike Hirsi Ali, Mona Eltahawy still identifies as Muslim. I first became acquainted with Eltahawy four years ago when I saw her debate a Muslim blogger and wearer of the niqab on CNN, arguing on behalf of banning the face covering. I was flabbergasted as she repeatedly told her opponent, an American living in New Mexico with a degree in chemical engineering, that the niqab contributed to the disappearance of Muslim women—ignoring the fact that her opponent was visible, present, and speaking on her own behalf. The niqab, Eltahawy went on to claim, creates a spectrum where full-coverage is seen as the pinnacle of piety. To Eltahawy, the niqab is the most extreme display of modesty for Muslim women, but imagine a scenario in which it didn’t exist: would it be difficult to envision the same criticism being directed towards the next most “extreme” garment available—i.e. the hijab, something Eltahawy supports?

Conveniently, she never mentioned how some of the Famous Five were racists and proponents of eugenics. But I guess that wasn’t important as long as white women were allowed to vote.

In her most recent book, Headscarves & Hymens, Eltahawy continues to counter the niqab and endorses France’s ban on the religious covering, seemingly in contradiction with her own feminist beliefs that women should be able to choose how they express their femininity. The problem with her rhetoric is encapsulated in the book’s dedication: “The girls of the Middle East and North Africa: Be immodest, rebel, disobey and know you deserve to be free.” Eltahawy is creating her own extreme binary. Her hardline view of Islamic reformation, to me, divides Muslim women: you’re either like her and therefore free, or you are like me—you cover and are therefore a modest and obedient slave to the patriarchy. There’s no nuance: again, Muslim women are given ultimatums. There’s a sad irony to her making it seem as though we Muslim women must conform to her binary: She’s mimicking the patriarchy she’s built her career crusading against.

In contrast to both Eltahawy and Hirsi Ali, the young Pakistani activist and Nobel Laureate Malala Yousafzai identifies as a devout Muslim of “traditional” Islam. On her crusade for equal education opportunities for Muslim women under the Taliban, she frequently spoke of Islam as important to her and her efforts to bring education to the children under the Taliban’s rule. However, it didn’t take long for her suffering and her message to be manipulated. In a blog post, Atheist pundit Sam Harris writes:

Malala is the best thing to come out of the Muslim world in a thousand years. She is an extraordinarily brave and eloquent girl who is doing what millions of Muslim men and women are too terrified to do—stand up to the misogyny of traditional Islam.

To Harris, her message and beliefs didn’t matter. As a young girl, she was stripped of her agency to prove a point she wasn’t making in the first place.

When I set out to write this, my goal was to answer the question I’ve been asking myself, one I’ve been asked in various feminist spaces: “what do Muslim women need?” I asked other Muslim women. Most answered, “I don’t know.” The question itself is loaded—what does any woman need? Such a broad inquiry is, I realized, deeply flawed—it can’t be decisively answered without pushing a personal agenda, as Eltahawy and Hirsi Ali have been pushing theirs. Despite practicing the same faith, or at least being under the same umbrella of a faith, Muslim women aren’t a monolith.

If anything, Muslim women deserve the respect of being acknowledged as regular people with a diverse array of experiences. We “need” what any woman does—to be seen as more than one-dimensional, and to be heard in full. The answer can’t be fully explained in any single book.

But I can speak for what I personally don’t need, and that’s the likes of Mona Eltahawy and Ayaan Hirsi Ali acting as the arbiters of what it’s like to be a Muslim woman, to pander to how the West wants us to be seen. Nobody owns Muslim womanhood. If critics keep using our experiences to divide us on the rigid binary of freedom or slavery, we will continue to be relegated to cautionary tales in a narrative someone else is writing. 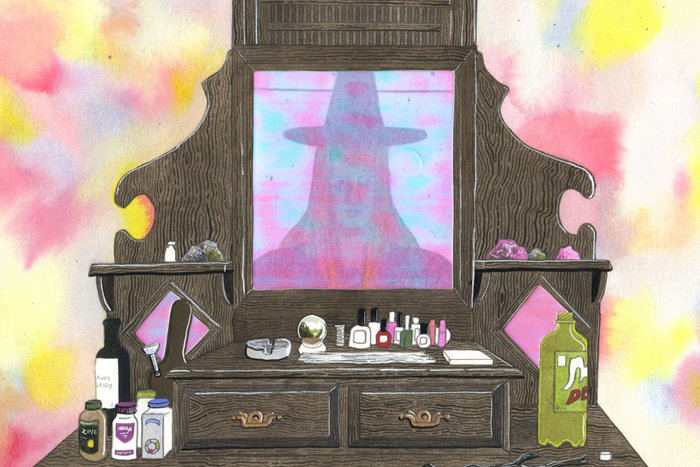 Interview
Glamorously Housebound: An Interview with Simon Hanselmann
Talking with the Megahex author about reckoning with gender confusion, the influence of bad sitcoms, and the… 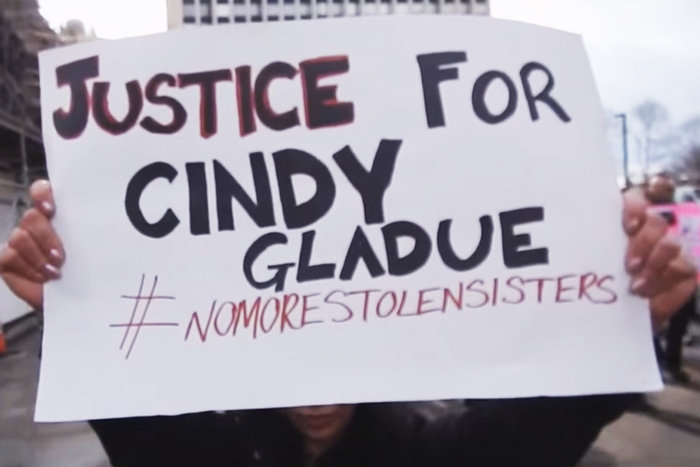 Society
The Same War
The acquittal of the man who stood trial for the murder of Cindy Gladue inspired a swell of voices calling for change.