‘The Future is Very Opaque’: An Interview with Jia Tolentino

The author of Trick Mirror on the self as a lens on the system, scams, and the internet beat. 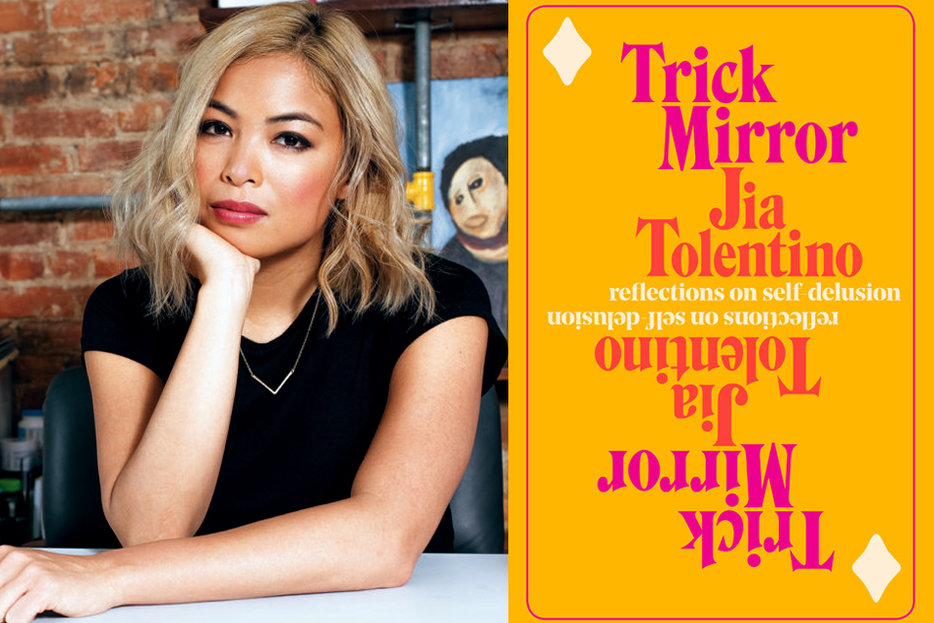 Over the last several years, at the Hairpin, Jezebel, and now the New Yorker, Jia Tolentino has cemented herself as almost peerless in her ability to capture our current cultural zeitgeist in a world that sometimes moves so quickly it can be hard to define what the zeitgeist may be.

With her book of original essays, Trick Mirror (Random House), Tolentino weaves together online culture with real life in a way that not only captures the present, but how the past and perceived future shape our understanding of the world as it continues to change.

Right on the heels of an extensive book tour and becoming a newly minted New York Times best selling author, I spoke to Tolentino about the delicate balance of writing about topics so of the moment and how we can feel less alone.

Sarah Hagi: Your book has been doing incredibly well—it sold out everywhere. What’s that been like?

Jia Tolentino: I really, really, really did not expect it to be successful in this way. The book is pretty dense. Parts of it are kind of academic and it’s kind of hardline anti-capitalist to some degree, right? And I just didn’t expect that people would be down. Like, it’s really crazy. I only ever thought about finishing the book, all I wanted was to finish the book and be happy with it.

You never know how something is going to do when it comes to writing.

The thing that has made me feel truly validated in a deep way is this instinct that I didn’t really want to write a book with any obvious takeaways. That’s really the reason why I’m surprised it’s doing so well: I very deliberately wanted to try writing a book that didn’t propose any solutions. It feels really good to realize the desire for that is really widespread. Talking about the book so much, it’s helped me realize things that are underneath it that I didn’t understand while writing it. One of the things I have been trying to think about is that all of the structural forces that govern our lives with the internet, and male power, and capitalism, they want us to be isolated individuals just running as fast as we can. They make us feel like we’re alone in these anxieties that we have and that we have to solve them by putting our heads down and working harder. A cold consolation is that one of the ways in which we are actually very connected and interdependent are all these fears and subtle dreads that wade through our lives. Like, “Oh yeah, we’re all feeling this all the time.”

You weave in a lot of personal experience throughout the book. Was there anything you were surprised to learn about yourself and your understanding of the world while writing this?

I do write in the first person a lot, and I have this everyday narcissism and probably a lot more of it than the average person given I’m trying to make my career around this super individualistic, self centered thing. I don’t feel, on an everyday basis, particularly interested in myself. But I am interested in the way that the self is literally your only lens for your experience of the world and of systems. I think I did learn some things about myself while writing because I never learn anything except through writing, and inevitably I figured out some stuff about myself. I think I’ve developed this much stronger sense of my interest in the self, really, insofar as it is the only way we experience the world. It’s like this thing that walks around and can gather evidence about the things you’re actually interested in.

So much of what you write about in Trick Mirror is stuff that very online people know about, but someone who isn’t online as much can understand. Was that difficult to balance out?

I mean, embarrassingly, my beat is the internet, right? But increasingly, that’s the only beat, right? I started realizing that the internet, no matter what you’re writing about, is a part of it. If you’re writing about ISIS, the internet’s a part of it. If you’re writing about climate change, globalization—the internet is woven into anything, like any other overarching structure, and it’s done that so quickly. I was definitely aware that, especially in the first chapter, these are unbearable things to talk about in real life. I pretty strongly try not to talk about the internet in real life, but I felt like an essay like that is a good use of the stuff that occupies a lot of my online attention but is so fucking boring to talk about in real life. I think that, in general in my life, I’m trying to see the internet for how we underestimate its importance, and also how we overestimate it at the same time, and constantly sort of adjusting my understanding of how important something is. But yeah, that was something that I consciously wanted to do with the book. It was hard, but the things I like writing about are the things that are hard to get right tonally.

You go deep with bringing in the past and present together. Do you think about how a lot of it will read five or ten years from now?

Oh, no, I never think about that! Already, my first job that was so important to me and probably shaped the way I write more than anything, I can’t find half of the shit I wrote there. Coming into writing with a sense of the fact that the industry was in such a crisis, it felt like it was a total fluke I was there until recently, like it was a total accident that could go away at any second. That’s really how I felt until close to when this book came out. I’m bad about thinking about the future in any specific terms. The idea that anyone would be reading my work five or ten years from now is not something I think about or hope for. I think, subconsciously, I’m probably trying to work in such a way that this will be a book about the present that will be readable in five years, like it won’t seem so obviously dated, like a lot of work that concerns zeitgeisty stuff does. I guess it has occurred to me that a lot of pop culture essay collections are pretty fucking dated in a bad way when you read them, like, four years later, but I think it’s hard to calculate. The future is very opaque. How does the future seem to you?

I only think of the future because I’m like, “I haven’t lived a life yet so there has to be more!”

I have just this unshutoffable thing about myself, I’m trying to do so much shit that it’s so much harder to turn it off than it is to keep going. I can trust that my automatic instinct will just make me do all this shit. I think that’s one way that I work and live—I try to get the underlying drives and then not think about the rest at all, and just hope that takes care of it. I think that’s one way in which I’ve been absolved of even the question of thinking about the future. It’s just because, for whatever reason, I’ve been formed into this person that is so attracted to work and effort in a way that I don’t think is really healthy. But it’s like, I could just trust that machine will just keep running, I had to find it really hard to just turn it off.

One essay that really stuck out was “The Story of a Generation in Seven Scams,” and how not all of these scams immediately stuck out as being scams or even similar to one another. How do you define scams?

They’re all pretty normalized and valued. To be a banker, or to take out a loan for college, or be a girlboss or disruptor—these are all very highly valued scams. They are genuinely presented as a way to live.

Before I wrote that chapter, I read a lot of books about the history of scamming in America that never really made it in. For example, every time there was a shift in the banking structure, there was a massive uptick in scams of various sorts. And a lot of them would be like this full on counterfeit money scams, a lot would be more complicated. They would sort of give rise to these cultural corollaries. So, it became clear to me that around times of transition, it becomes really easy to do. If you boil scamming down to the basic definition, which is the abuse of trust for profit, it’s like, what doesn’t that seem like? Social media in general has been the abuse of trust for profit, some of it has been inadvertent. Zuckerberg didn’t know he was going out to build this fake advertising business, he thought he was just making a face book. But we have been able to successfully do the real scam of social media, which is making a personal brand, a safety net. It’s like making us put our lives online in case we need it financially because we don’t have any other safety nets, really. 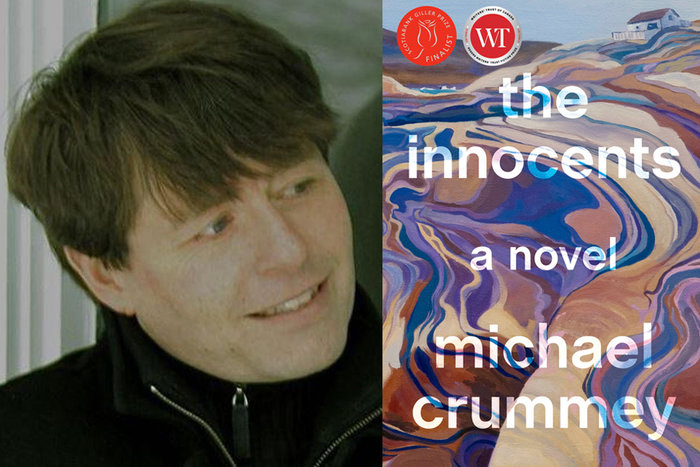 Interview
‘Real Children in Extreme Circumstances’: An Interview with Michael Crummey
The author of The Innocents on growing up, survival, and giving your characters dignity. 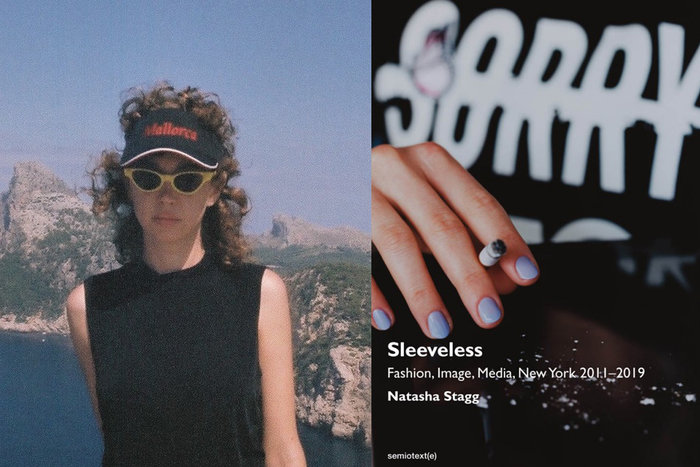 Interview
‘The Way One Sees Oneself is Shifting Every Day’: An Interview with Natasha Stagg
The author of Sleeveless on 2010s New York, jealousy, and being out of touch.