The War is Over, Long Live the War 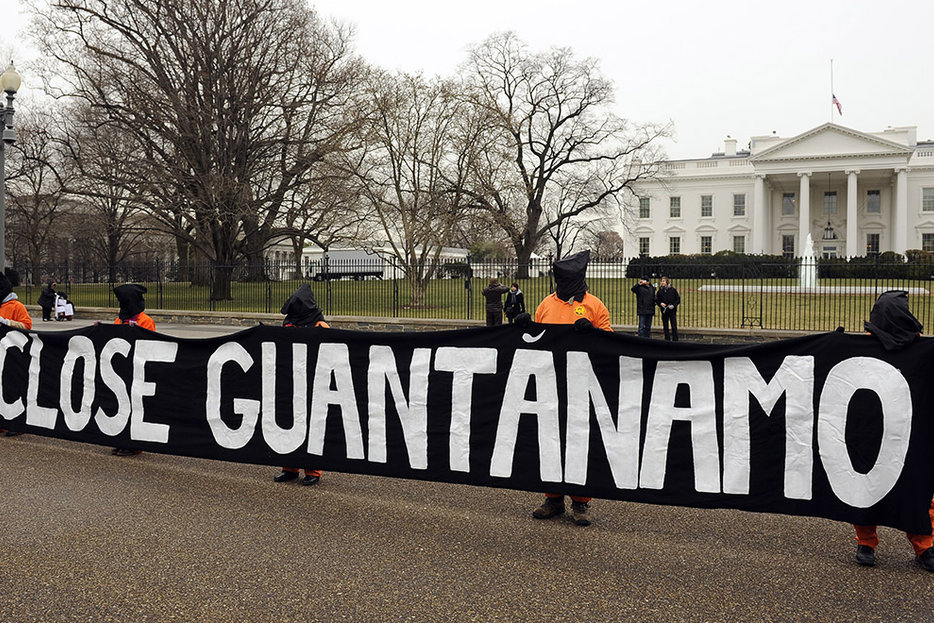 The problem for supporters of Barack Obama has always been the gap between his undeniable skill with words and his equally undeniable problems turning those words into actions. Much of the problem is in the job description: the US President doesn’t make law, so when the Congress passes laws forbidding the President from transferring detainees from Guantanamo Bay to the US mainland (as it did in 2009 and 2011) the President can’t overrule that. That was one of the first, and still one of the more vivid examples of the limitations of Obama’s power: a signature issue of his 2008 presidential campaign, Obama was incapable of overcoming the combined forces of political opportunism and paranoid hysteria.

So it was surprising last week when Obama took another swing at closing Guantanamo in a speech to the National Defense University. Obama announced some concrete measures such as lifting the moratorium on transfers of Yemeni nationals back to their home country, but the more important aspect of Obama’s speech was the fundamental repositioning of the United States and its reaction to the threat of terrorism.

“Neither I, nor any President, can promise the total defeat of terror. We will never erase the evil that lies in the hearts of some human beings, nor stamp out every danger to our open society,” Obama told his audience last Thursday. It was an admission of modesty that’s markedly different from the rhetoric we heard at the beginning of this war, when then-president Bush told the entire world “either you are with us, or you are with the terrorists.”

Most importantly, Obama declared something like the beginning of the end of the War on Terror. He called for Congress to revise the 2001 Authorization to Use Military Force, the legal blanket that has justified so much of the excesses from two presidents now. In his speech Obama committed to repealing the AUMF, and pledged to not sign any legislation that would expand its powers.

Obama will be President for another three years, so these commitments matter. If nothing else, they provide some hope that the War on Terror won’t be the new war on drugs, as memorably described in The Wire: “Girl, you can’t even call this shit a war. Wars end.” They form something that many observers predicted we would never see. In the middle part of the last decade it became a cliché to say “There is going to be no peace treaty on the battleship Missouri in the war on terrorism,” invoking the end of World War II. What we got instead last week was a president belatedly invoking the ignored wisdom of US Senator George Aiken, speaking about Vietnam in 1966: declare victory and go home.

Well, not quite: the United States will maintain, as long as it’s able, the ability to deliver all kinds of violence to every corner of the globe when necessary, and it will do so whether the President is a Republican or Democrat. (Insert Nobel Peace Prize joke here.) So what Obama is committing to is less a retreat from war, and more of a rebuilding of the counter-terrorism policies of Bill Clinton: bomb the hell out of whatever we need to, but try and not make a big deal about it.

If that sounds cynical it’s because it is, but that doesn’t mean it’s not also good news: the expansion of the US military and special forces to wage secret war across the planet has been truly terrifying, and any step back from that should be welcomed. As always, the hard part is going to be making sure actions follow the nice words. 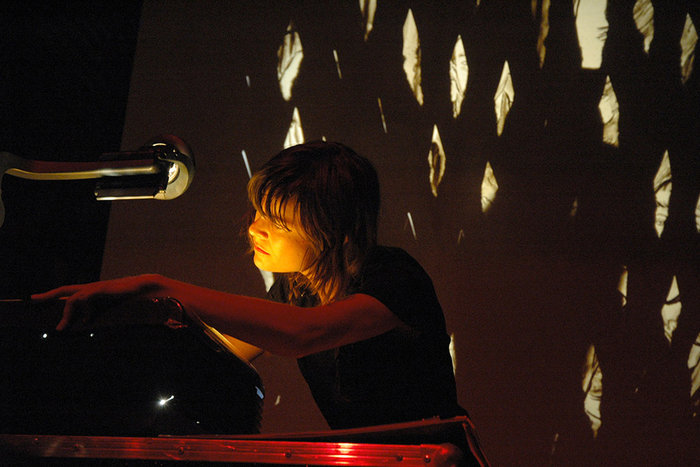 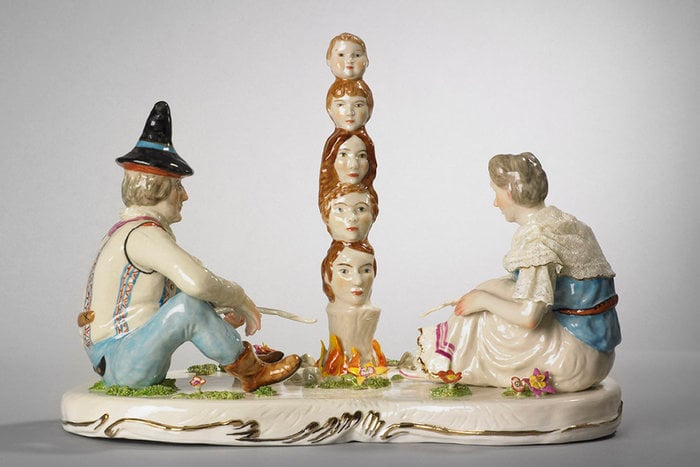 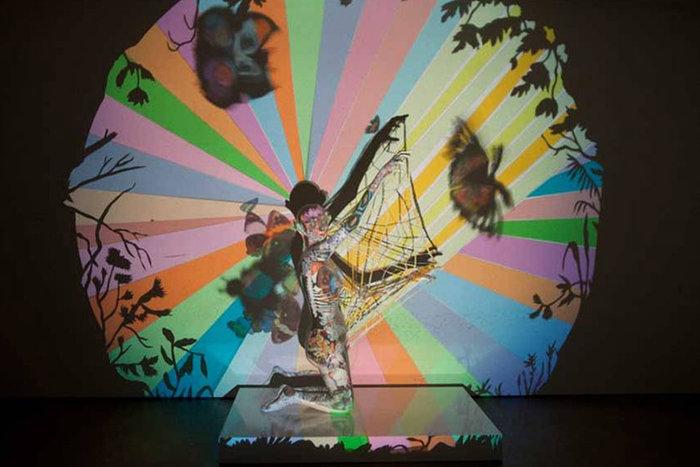 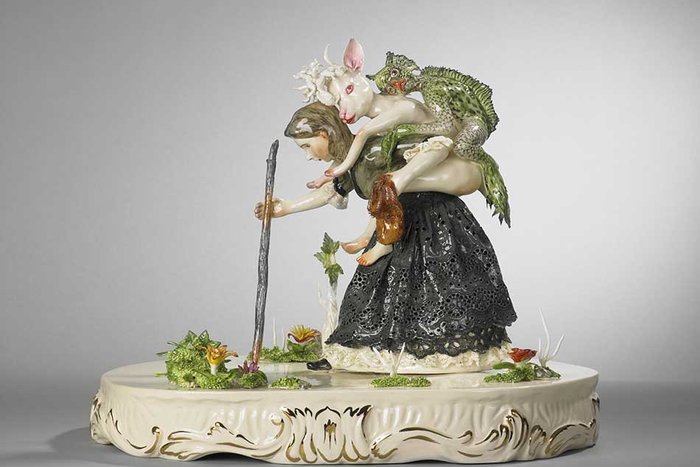 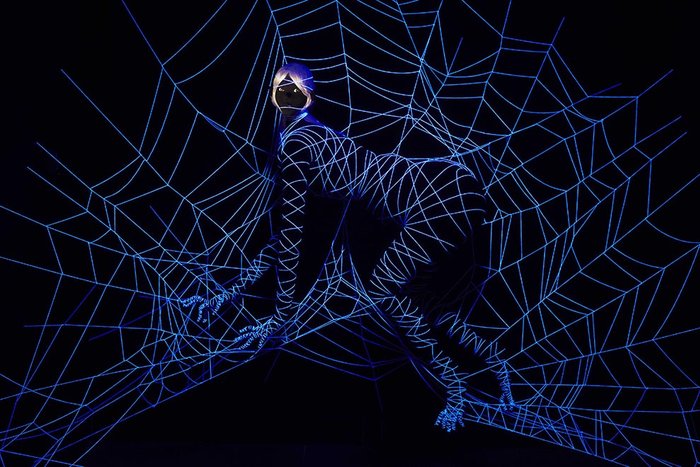 Interview
Artist as Shaman: The Illuminations of Shary Boyle
As her exhibition representing Canada at the 55th Venice Biennale opens, we talk with Shary Boyle about the inspiration… 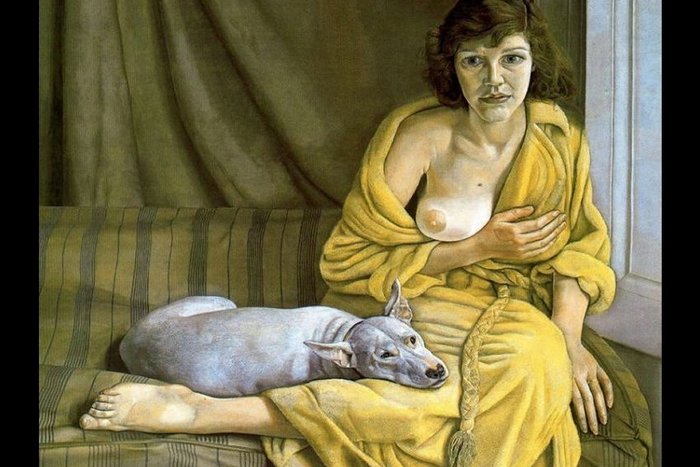 Tangent
Body vs. Mind vs. Memoir
Eve Ensler’s latest book, In the Body of the World, sees the Vagina Monologues creator struggling to situate…