Like musicians whose songs you might instinctively call “angular” or “twee,” the singer’s debut album strikes immediately as “atmospheric”—whatever that means.

Many of us music writers can’t actually read music. My aptitude for that particular skill atrophied sometime after I quit studying piano a decade ago, much to my regret. I can define arpeggios; just don’t ask me to score one.

There are, of course, other ways to describe music and what it does to people, its creation and reception. Earlier this year, Owen Pallett applied compositional theory to pop singles with willfully absurd excess, managing to illuminate them anyway: “Lady Gaga goes down, leaving that ‘bad’ leading note hanging. Why? Because she herself is bad. Further accentuating the badness of that ‘bad’: That interval, the tritone, is historically linked to sexual desire and the devil.” Insightful music writing mustn’t always hinge on such details, no more than literary critics must regularly refer to Aristotle; still, figurative language used vaguely and reflexively can slough into cliché. Who even knows what an “angular riff” is supposed to be at this point? Does “twee” mean anything other than “suspiciously effeminate” 95 percent of the time?

One of the terms I lean on myself is “atmospheric.” It came to mind again listening to Aquarius, the recent debut album by Tinashe. The 21-year-old singer has a varied CV—backup dancing, sitcom gigs, teen girl group the Stunners—but she got her record deal after a series of mixtapes produced in her home studio, filled with what Pitchfork’s Meaghan Garvey called “dusky ballads for spooning a laptop.” That aesthetic whorls through current R&B like languid smoke, though not always to noticeable effect; your sultry reverie might be my sonic approximation of Drake feeling sad. Introspective and coolly seductive, Aquarius doesn’t just make a fetish of ‘90s Janet Jackson records so much as it apprehends altogether their sense of being elaborations on a mood, right down to the drifting interludes (there are five here). At times, the album can sound like one long unmoored interlude, following the rhythm of rain beneath cars.

Even “2 On,” her big hit to date, stands out less than one might expect. Produced by DJ Mustard, whose style was so profitably faked on Iggy Azalea’s “Fancy,” it does provide taut finger-snap percussion and sped-up chanting for Tinashe’s wispy voice to curlicue around. Sean Paul’s “We Be Burning” is quoted. “Get money like an invoice,” Tinashe says, presumably not on the schedule of a freelance writer. But the single’s forcefulness seems controlled, even enervated; I’ve never heard a singer mention “getting faded” and actually inhabit the phrase quite so fully. It’s an extraordinary track—she hasn’t recorded a better one—yet the polish covers something recognizable in its context. The Aquarius tracklist follows “2 On” with “How Many Times,” a song so enamoured by finger-crooking Janets past that it bottles her Gallic coos from “Funny How Time Flies (When You’re Having Fun).” Future’s guest spot is mostly him yelling, a macho gesture suspended as ecstasy.

These notions of a pervasive aesthetic stuck with me while listening to another autumn album, Betty Who’s Take Me When You Go—the aesthetic in this case being “’80s synth melodrama.” The young Australian-American singer favours choruses of colossal yearning, and her stray details look more poignant in their shadow. “Leave my shirt under the hotel bed,” she says at one point, “yours looks big on me but knocks you dead.” It’s the kind of record where even the ethereal bridges segue to ever-louder spectacle. Curiously, the things I love about Take Me When You Go also revealed some of its flaws; the album’s fitful stop-start sequencing shows how cohesion can narrow enough that any deviations sit awkwardly.

So what might it mean for music to be atmospheric, assuming that’s supposed to be a compliment? Aquarius made me realize that music can resemble climate itself, the caprices of wind and heat that emerge within a larger weather system. Despite the many producers that worked on it—Clams Casino, Dev Hynes, Mike WiLL Made It—you would struggle matching each to their individual songs, as opposed to Tinashe’s whole. She keeps making distinct variations in tone or instrumentation, like when the stuttering murk of “Bet” resolves with a sudden guitar solo. “All Hands On Deck,” the one other Aquarius track vying for banger status, gives a prominent cameo to somebody’s pan flute. “Kiss the old me goodbye,” Tinashe sings, “she’s dead and gone.”

Poetry
In the Key of Ursa Minor 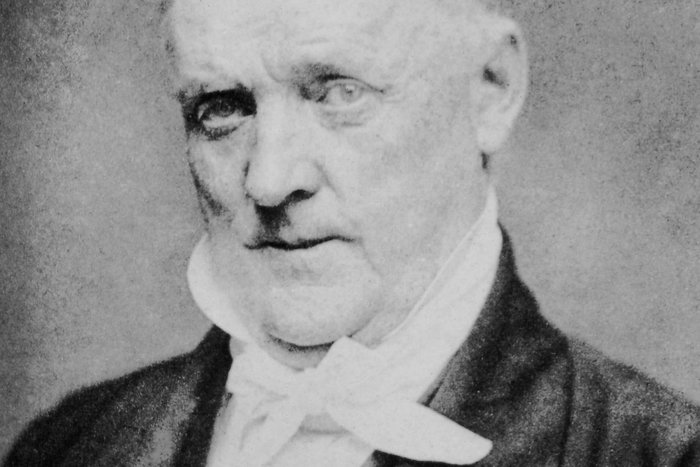 Tangent
A Bachelor in the White House?!
Matt Bai’s All the Truth Is Out helps answer a baffling question: why do Americans care so much about the…