A Student and Not a Tourist: On tUnE-yArDs’ Nikki Nack 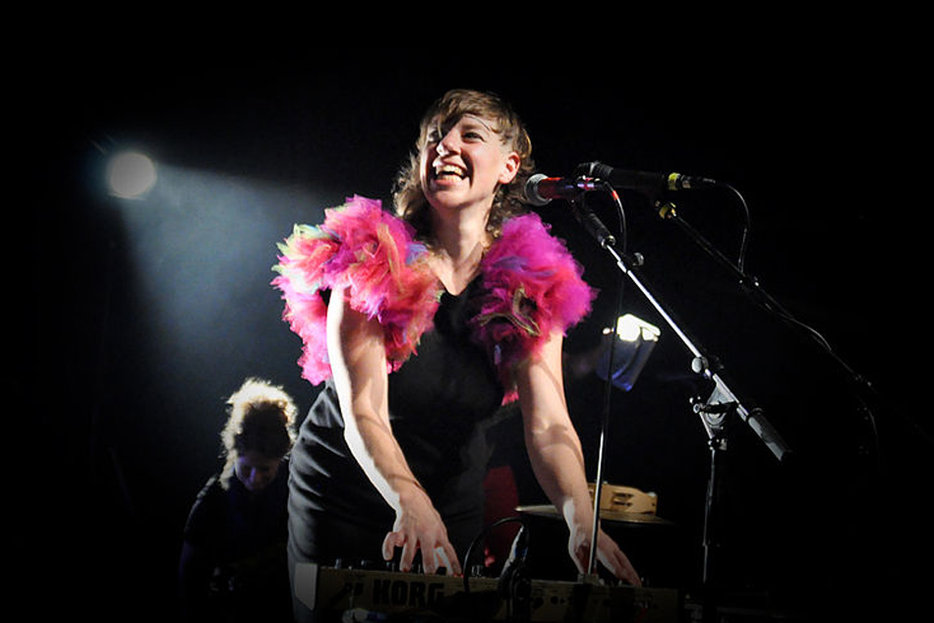 One of the most physically exhausting concerts I’ve ever experienced did not involve any power chords or a lattice of amplifiers. That Merrill Garbus, who records as tUnE-yArDs, could pack the squat brick hall of Montreal’s Ukrainian Federation wasn’t a surprise, though. She’d lived in that city before, and that festival gig three years ago coincided with critical infatuation with her second album w h o k i l l, though perhaps not among copy editors.

What astonished me was the overwhelming heat radiating off everything as the crowd followed her exhilaration. We sweated off hand stamps and gasped down beer. It was a seated venue, but all of us clustered near the stage, shouting the response to Garbus’s calls or shimmying after her lead. She created a constant turmoil of noise with only her ukulele, some drums, a bassist, two horn players, and one overworked loop pedal. When they got around to her bustling single “Bizness,” the saxophone breakdown extended into ecstatic knots.

After w h o k i l l won the Village Voice’s 2011 Pazz & Jop poll, Eric Harvey wrote that “Garbus reinserted the body back into the body politic.” Chuck Klosterman, a more hapless critic, reacted with bafflement, calling her both “androgynous” and “asexual” as if they were synonymous. (Would it be uncharitable to suggest that his ultimate complaint was “my penis isn’t into it”?) His listening must have been intermittent, because w h o k i l l is as sexual as ukulele jams get. Intoning every few words of “Powa” with a lustful shudder, Garbus sang: “My man likes me from behind / Tell the truth I never mind.” But the bodies in these songs might be exploited or obliterated, too. The new tUnE-yArDs album Nikki Nack bares the racist violence shaping American history into its present as a false cheer: “I come from the land of slaves / Let’s go Redskins, let’s go Braves.” And the sex is never wholly extricable from the power; midway through w h o k i l l, she confesses a desire for the cop who arrested her brother.

On the new single “Water Fountain,” Garbus imagines an apocalyptic world where the utilities cease to flow but capitalism somehow persists: “He gave me a dollar, a blood-soaked dollar / I cannot get the spot out but it’s okay, it still works in the store.” The hollow timbre of the drums gives the impression that she’s reaching for whichever percussion comes to hand. Elsewhere, running choruses through enough tape to approximate the poised remoteness of early ‘90s R&B, Garbus mashes two pop hits from her youth into a single refrain: “Holiday, holiday / Let’s go crazy.”

Given that Madonna was anticipating an unglimpsed utopia while Prince advised “you better live now,” Nikki Nack seems to twitch with ambivalence towards the past and the future alike. You can still hear those dense polyrhythms, the playful compositional swerves, but there are plenty of synths now, too (she enlisted outside producers for the first time). The songs aren’t so high-concept; they diverge more subtly to reveal common aesthetic details, like drips from the same can of splattered paint. Working with a Frank Ocean collaborator is one way to scramble your college-quad-drummer caricature.

On one Nikki Nack track, “Who Do We Dine On The Tots?,” Garbus adopts her best child-scaring voices to relate a tale of grisly/cutesy cannibalism, and if it demands replays little more than your typical album skit, the reminder of her history as a professional puppeteer is still welcome. I never bought the critique of tUnE-yArDs as musical primitivism, an exercise in grating “““tribal””” roleplay: the facepaint and berserk wordplay seemed more likely to be inspired by her theatricality, the same taste for burlesque that makes this music so carnal.

Garbus does love Congolese pop, but she’s also the kind of middle-class white American who remains hyperaware of the lofty social position from where she learned Swahili. Writing about a recent period studying Haitian drumming, which clatters all over Nikki Nack, she observed that the definition of syncopation as deviation “assumes you are situated in a Western music tradition.” “Gangsta” was an entire song about cultural appropriation, not to mention her ironic declaration off the same album: “I cannot take it I’m so hip!” I’m sure some people from the cultures in question find this dubious as well, or just unbearably corny. But I liked how, covering and subverting Fela Kuti’s virtuosic chauvinist anthem “Lady” with ?uestlove, Angelique Kidjo, and Akua Naru, she sidelined herself to backup vocals in the mix—the sound of somebody trying to figure out how they might immerse themselves in African musical ideas respectfully, a student and not a tourist. Her style has never felt more like her own than it does on Nikki Nack.

The Marxist way to put it would be that Garbus is fascinated by contradictions, friction, bodily or otherwise. She exults in the physicality of her marvellously thick voice, how it can go from growly braying to high notes as pretty as Mariah’s in one gender-confusing movement; but she also loves making that voice do impossible things, breaking it apart into bursts of noise, burying the syllables beneath strange effects, bifurcating it until a single woman sounds like a layered cacophony. If w h o k i l l and Nikki Nack exploit the potential of the body with commanding fervor, they also seem a little disturbed by it, simultaneously driven to surmount those bounds. “I’ll still try to leave the high of violence behind,” Garbus promises on “Wait for a Minute,” a woodblock tapping through the ethereal synths, as if determined to hold her to that. It’s sensual like a riot. 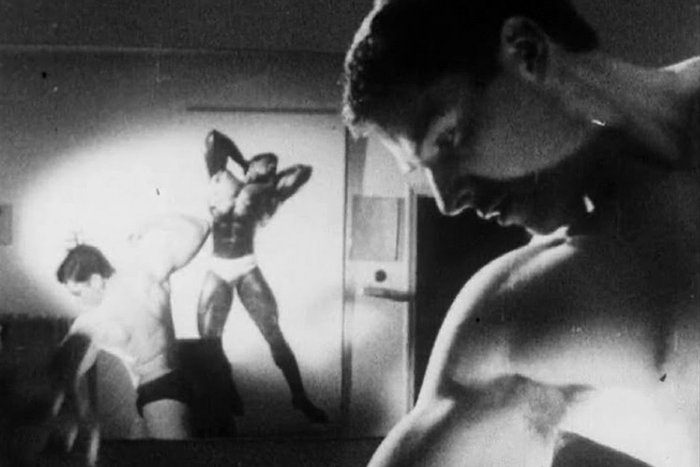 New Tabs
Streaming Herzog, Getting Into Libertarianism, and Remembering L’Wren 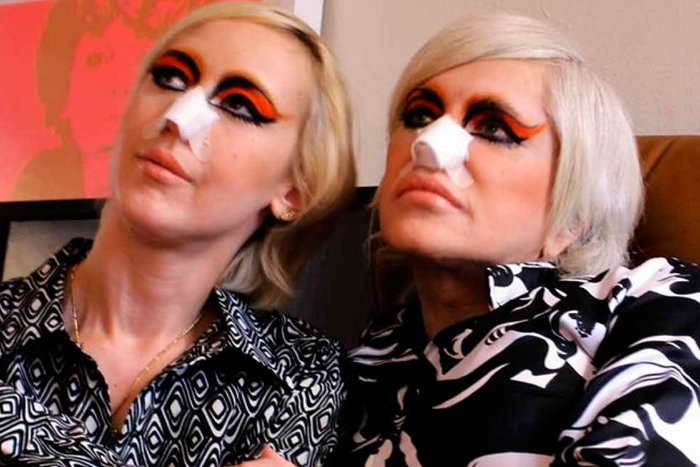 I Press Execute
David Balzer
'I Like My Values Better': An Interview with Daniel M. Lavery
Chris Randle