Sincerity in the Time of Dogboner

The line between proud ignorance and sniggering sanctimony. 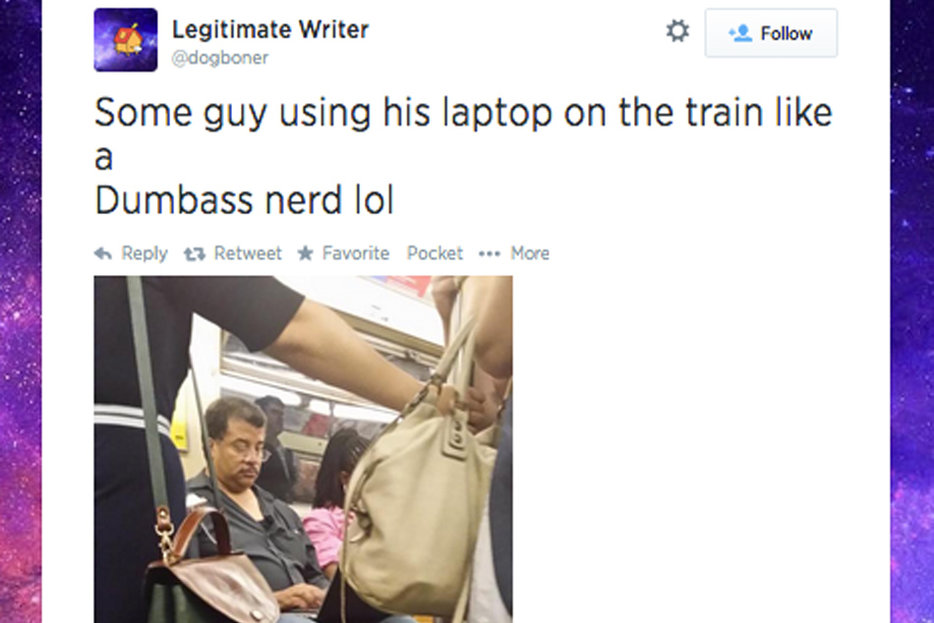 At a certain point in your schooling, your English teacher probably told you something about context clues, the words and phrases you can use to help suss out the meaning of a word you don’t recognize—basically the codified version of the desperate flailing for meaning we all engage in with language. At a certain point last week, we learned that a surprising number of people don’t register the phrase “dogboner” as something that might denote sarcasm, or, at least, a person who might sometimes be less than sincere.

In fairness to the thousands who snorted derisively at Michael Hale’s sarcastically captioned picture of Neil deGrasse Tyson after it was posted to the I Fucking Love Science Facebook group, theirs was less a failure of appreciating the context than not looking for it at all. Seeing one of the most recognizable scientists on the planet being mocked as a “dumbass nerd” for using his laptop on the subway short-circuited some critical faculty in their brains: that it was done by a guy named dogboner was no more relevant to the reaction than, say, wondering why someone would even consider a stranger using a laptop in public worthy of any note whatsoever. That they are roundly the type of people who wear their supposed capacity for critical thought as if it were an Olympic medal is one of those deeply satisfying ironies that makes you want humanity to live forever in its hilarious ridiculousness. Say what you will about people who take pride in their own ignorance, they are way harder to humiliate so thoroughly.

Still, nice as it is to shiv the sensitivities of the type of person who has reduced scientific endeavour to a cloying badge of personality, it’s maybe wise to not indulge this with too much glee, and not just because they’re a fine example of the dangers of sniggering sanctimony. Being in on a joke when others aren’t is frequently enough to pass as having a sense of humour these days; certainly it was what was driving the I-fucking-love-sciencers, and trolling is an entire concept built on playing with knowledge that others don’t have—group membership as sufficient justification for derision. There’s obviously an element of, basically, “How could you not get this?”—How could you not know that’s Neil deGrasse Tyson? How could you not know The Onion is a fake news site?—and there’s a certain justification for taking the piss there, but this seems even more like punishing people for their sincerity, or at least for having a sincerity that is calibrated slightly differently from your own. (It makes some sense that Candid Camera, the original way to feel good about yourself just because people do not automatically assume there is a malevolent force looking to get one over on them, is getting another relaunch.)

In fairness to Hale, though his Gawker piece has shades of triumphal back-patting, it doesn’t seem like he was actively trying to trick anyone; he was just making a joke, one that played very specifically on knowing exactly who Tyson is. But his explanation for his own joke also reveals a sort of weird view of sincerity: he was, basically, excited to see a famous person he has some regard for. He lives in a world where that kind of excitement isn’t entirely okay, though—it’s fairly obvious from the rest of his feed that sincere appreciation is just not the language he speaks, or at least expresses publicly. Sincerity here gets a protective shell, made safe in sarcasm’s armor; that people took it literally is a dumb coincidence, but what it really guarded against was people who might think it’s stupid to take a picture of a celebrity, Hale kind of included.

This is often the most efficient response to a world of duelling derisions aimed at sincerity, a way of always being ahead of the curve. That it takes at least a bit more cleverness than its opposite—we can’t draw too many conclusions about the sciencers’ cognitive facilities from this, but they don’t seem tremendously light on their feet, intellectually—is both a recommendation and a curse, since it’s inherently a way to somewhat separate yourself from the herd, a gold-star guarantee of attracting the insufferable and insecure. (It is not, after all, that surprising that Hale was both erroneously shamed and celebrated for an epic troll, so closely tied together are the flavours of humour/”humour.”)

There is an aspect of it that could also be marked as a real shame—that someone can’t just be really in touch with their real feelings, and must lock at least some of them away in hiding—but it’s plainly obvious that a whole lot of people do not feel that way, and there’s nothing to suggest that public shells correlate with personal ones. (If anything, a reluctance to reveal sincere emotion in a public forum in this age seems like it might actually indicate a certain depth of feeling, or at least a sensitivity to saying you fucking love something and actually meaning it.) But it does seem like a perpetuance, another way of warning people against revealing too much, of working on their callouses; when someone hits the playing field in full pads, you start to wonder if you shouldn’t be wearing a helmet.

I’ll cop to the fact that there’s no easy way out of it. Though it is maybe worth pointing out that one of the things that really is worth fucking loving about science is the way it embraces mistakes, accepts that being sincerely wrong can be a good way to eventually get something right, promotes experimentation without the fear that a misstep is fatal. There are many more important lessons it can teach us, but not being a dick about mistakes, real or imagined, isn’t a horrible one.

Of course, science is also pretty into close reading. 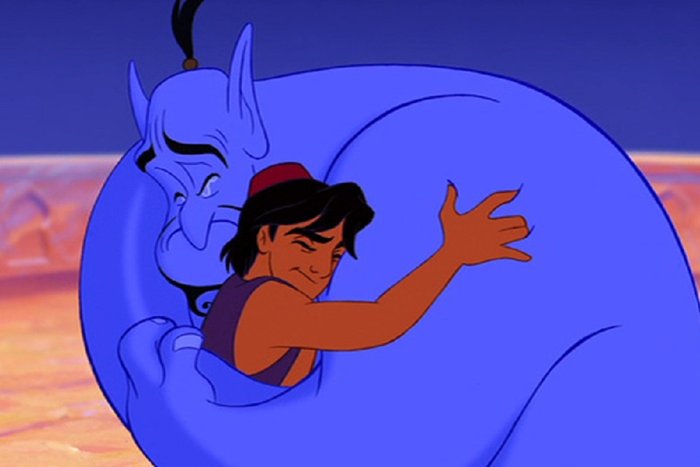 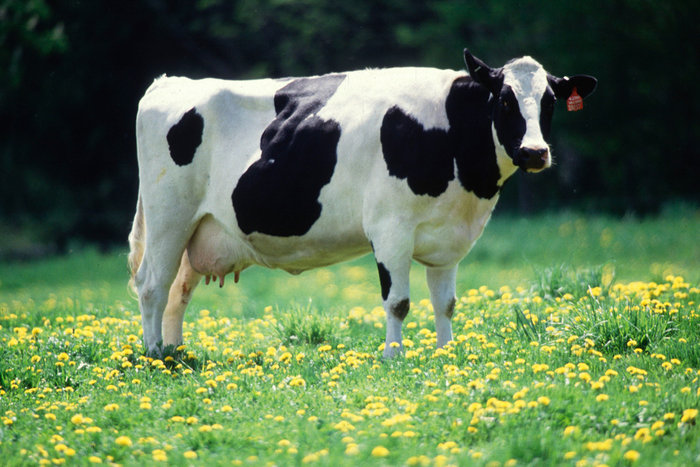 Politics
If Only We Cared About Housing As Much As We Pretend to Care About Milk
Milkpocalypse 3L is upon us.