You sometimes hear, including from me, that the annual Polaris Prize shortlists represent a misleadingly narrow spectrum of Canadian music, dominated by guitar-centric indie and its folksier hinterlands. Ascribe it to the lingering cultural prejudices of this huge small country, the taste consensus of the 200-plus bloggers, broadcasters and critics (like this one) who determine each year’s nominees, the ideological construct of meritocracy, the magnetic undulations of aurora borealis, whatever you prefer. But the performers at last night’s gala defied that critique: in the Art Moderne auditorium built by a ruined mercantile dynasty we heard assaultive riffs, worldly R&B, unbreathing minimalism, queer dance-pop, aboriginal club anthems, and finally a rejection of any such mediation. Jessica Hopper introduced the eventual oversized cheque recipients with two or three sentences: “Godspeed has decided not to be here.”

Only rarely did I envy them for that, thanks to the show’s apposite and revealing sequencing. They managed to get Purity Ring out of the way first—the duo is good at seeming almost interesting, but the most eventful thing onstage ended up being their light patterns. It was an unflattering contrast with Zaki Ibrahim, working Freddie Mercury moves between two backup dancers from Rhythm Nation. (Her male drummer wore a niqab-like black robe, which I hope annoys the Parti Quebecois.) Tegan and Sara couldn’t make it, so Choir! Choir! Choir! sang “Closer” charmingly for them, albeit while smothering the song’s very Canadian mood of sexual urgency (“it’s no just all physical”). Metric could make it, at least in acoustic form, which only made their two tracks seem slighter. Then Colin Stetson blew an overwhelming multiphony of notes through his bass saxophone, applying mesmeric force to an instrument not popularly associated with it.

Some of the pairings were complementary. Metz’s full-body seethe gave way to the happier intensity of Tribe Called Red, described by presenter Joseph Boyden as “the music that makes us realize we’ll be idle no more.” After seeing them layer ceremonial chants over buzzsaw synths while a hoop dancer juggled circles—in contrast to their regular gigs, where everybody dances—I wanted to give the trio $30,000 myself. (I don’t have $30,000.) Canada’s first peoples so often get treated by the people who took it from them as ornaments of the past—that is, history—when they have as strong a claim to futurism as any of us.

I was still happy to see ‘Allelujah! Don’t Bend! Ascend receive the acknowledgement, and not just because, like Godspeed’s funny, bewildered, precarious-freelancer-solidarity response suggests, artistic competition means capital wins. Part of the appeal in hearing Tribe Called Red or Tegan and Sara announced would be their hedonistic resistance to some of the more dubious assumptions governing worthy, well-administered cultural awards. But then the grand jury went all punkish and oppositional in the Fugazi sense. Godspeed You! Black Emperor is a band on the vitally autonomist label Constellation Records, a band that came nearest to a commercial compromise when they wrote one of their last 20-minute-long grand abstracted gestures in a major key, a band pledging to spend their prize money on music education in Quebec’s prison system, a band, as Hopper put it, that demonstrates “the kind of career you can have when you decide to say ‘no.’” There is installing a new regime, and then there’s abdicating your crown into the gutter. It was a good night for negation. What did that GY!BE communique say? “We love you so much / Our country is fucked.” 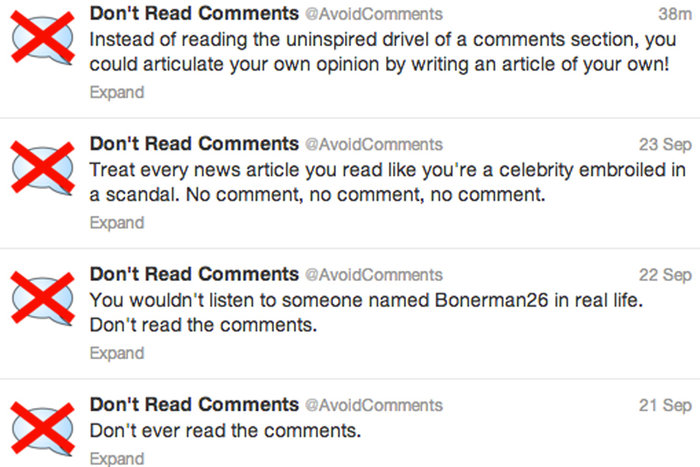 Technology
Yes, You Should Read the Comments 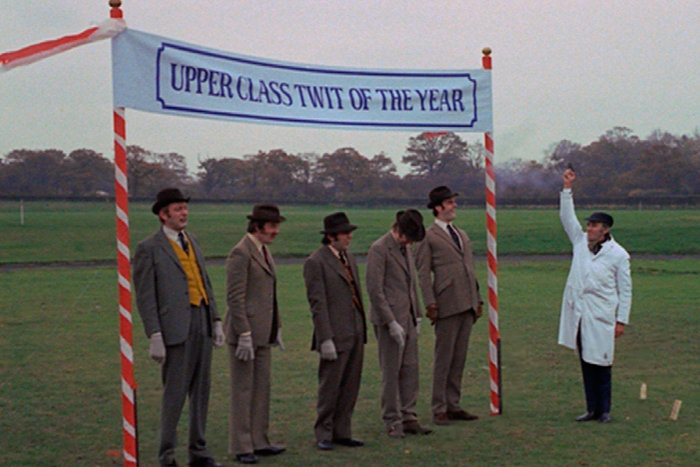 Books
Errors of Comedy: Laughing at Class in Gerhardie
The upper class has always been a rich target for comedy. But, as William Gerhardie’s recently reissued 1920s novels…