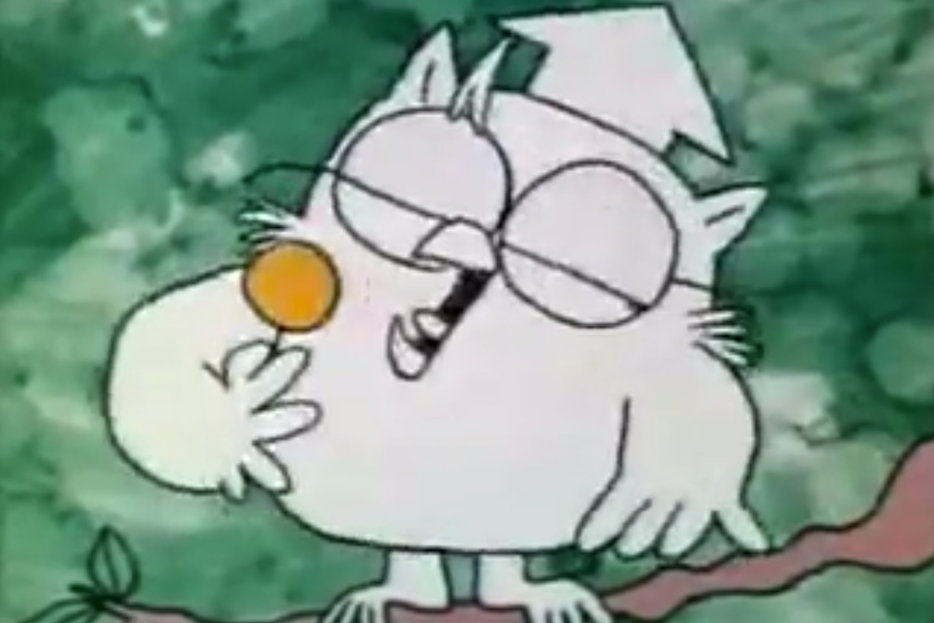 Last month, on Halloween, I went to a dive bar to celebrate my friend Kate’s birthday. As someone better at thinking of costumes than actually making them, I was glad for a reason to go out sans guise (I’ve worn maybe one or two good ones, a pizza slice and the Aladdin Sane cover, ten years apart). Nobody else was dressed up either, though the bar recognized Samhain another way: by leaving buckets of candy everywhere.

Lollipops are not conducive to drinking, but I found myself eating Tootsie Rolls, one after another, like I was trying to meet a quota. Sinking into the couch with a pint, I noticed a man and a woman, two strangers, arguing beyond earshot on the other side of the room. A grim, despondent look passed over her face, and she stalked outside, smashing the door almost idly behind her. Our bartender ran over the fragmentary threshold in pursuit. The cowboy-Satan Tom Waits figure on the nearest stool looked over and nodded thoughtfully. I picked up some more candy. What are Tootsie Rolls made of, anyway?

The answer, which escaped all of us at the time, is sugar, corn syrup, condensed skim milk, cocoa, partially hydrogenated soybean oil, whey, soy lecithin, and natural and artificial flavours. This list, however, omits the distinct semiotic associations marbled inside every confection.

As Samira Kawash’s new social history Candy: A Century of Panic and Pleasure describes, public perceptions of packaged sweets have alternated between corrupting temptation and efficient marvel ever since their creation—both suspect and craved, narcotic and nostalgic. (What could be more American than that prominently featured sugar and cocoa, delicacies made routine via slave labour?) And, like much else scrutinized by the diet industry’s intangible surveillance, candy was long seen as essentially feminine in nature; Kawash argues that its near-absence from most culinary histories is due to its dainty, trivial reputation. Yet that ambivalence remains its only consistency. Candy is a problem that can’t be solved. Lick all you want; that lollipop has no centre.

According to Kawash’s book, in 1908 Brooklyn alone produced 130 million pounds of confectionery and chocolate, about $10 million worth. Even harder to picture are the 560 dedicated candy shops spread throughout that borough a century ago. Up until the later 1800s, the sugar plums or macaroons on sale were, as today’s Brooklyn residents might say, artisanal, too expensive for anyone but urban elites; industrial modernity made the candies that we eat today possible. Part of their extraordinary allure can be ascribed to the near-impossibility of replicating a favourite treat at home, a feat that requires extreme mechanical precision. Kawash notes one resulting quirk of history: plain milk chocolate was a treasured luxury in the 19th century, because it had to be imported from Europeans who held the only known formula—chocolate (mostly sugar) and milk (mostly water) mix about as easily as a pat of butter and any other liquid.

The thousands of candy-bar brands that proliferated in the 1920s—including Jazz Age offerings like Red Hot Liza, Sloppy Sally, and Big Dick, alongside the more familiar Mars and Milky Ways—were encouraged by collusion between science, government, and industry. During World War I, the National Confectioners Association protected its members’ access to sugar by convincing head rationer Herbert Hoover that the relatively small quantities at stake would go further in their hands than if they were used by individual civilians, patriotically securing a captive market. Candy went on to become a standard element of military rations before the end of that conflict, being a convenient and durable source of energy, but not to the massive degree seen 25 years later: by 1945, the War Foods Administration ordered every U.S. candy manufacturer to sell half the five-cent sweets it produced to government agencies. Hershey shipped off three billion units of Field Ration D, a bar it developed specifically for troops in the field. Nobody wanted to eat the oat-flour-filled things in peacetime, though, and the government’s Subsistence Laboratories despaired of clearing out their stockpile; Kawash quotes a Colonel Roland Isker, who suggested that prisoners of war could unwrap the rations and reprocess them “for emergency feeding of civilians in war areas.”

That profitable contribution to anti-fascism (which helped U.S. candy sales double over the course of WWII) may seem unlikely, since a moral panic over nonexistent toxic adulterants had damaged the industry only a decade or two earlier. But earlier still, in an inversion of the current obesity obsession, scientific authorities endorsed chocolate bars as compact meals for the undernourished worker. Candy’s most fascinating and disorienting sections document the unstable orthodoxy of what Kawash calls “nutritionism.” Glucose is poisonous; chocolate is actually good for you; gluten, well, can’t be too careful. Beyond some broad, simple guidelines, nutrition is an elastic, ambiguous science, full of contradictory studies, vulnerable to corporate or ideological manipulation. Critiquing anarcho-capitalist devotees of the candy-abhorring Paleo diet, Atossa Abrahamian observed: “By assuming that all that was once natural is now good, militant Paleo leans on biological determinism to back up its theories.” But raising “don’t eat bread” to an evolutionary imperative will probably prove to be, like most things libertarians do, an esoteric joke. One of the vintage studies Kawash describes made use of mentally disabled patients at Sweden’s Vipeholm Hospital during which researchers, in a cruelly impassive display of biopower, fed their uninformed subjects enough toffees to cause dental decay. By the end of the experiment, almost 10% had ruined teeth.

Candy manufacturers tried to present a more soothing and optimistic world with their marketing, but there too the chosen signifiers cracked. In his semiotic analysis of a pasta advertisement, “Rhetoric of the Image,” Roland Barthes wrote that it connoted Italianicity: “Italianicity is not Italy, it is the condensed essence of everything that could be Italian, from spaghetti to painting.” One could say something similar about the gendered imagery in Kawash’s survey of mid-century candy ads, the buoyant aprons and books clutched to chests accompanied by assuredly homey wisdom. A 1957 Lifesavers illustration showed two women side-by-side from the same perspective: Shirley Simkin walks along eating cookies straight from a box, while “slim Sally Hayes” kicks her heel skywards, closes her eyes and tosses back a little white candy. If you hold the bookplate close, Shirley’s saddle-shoed legs are almost imperceptibly rounder, but mostly I was looking at the men in the distance on either side, staring.

One hundred years ago, while women made up 60% of the confectionery workforce, they were typically relegated to dipping those sweets, not overseeing them. Forty-three years ago, the Italian feminist Carla Lonzi wrote: “Culture, ideology, institutions, rituals, codes and mores are all surrounded by male superstitions about women.” If an oppressed class from any given society exists within said society without ever quite being of it, is that not distantly analogous to candy’s place in the nutritional system—an ab-food, never a staple, and part of no meal? (Stereotypically female pleasures always get condemned in the same terms: synthetic, artificial, hedonistic…) My friend Isabel teaches at a New York charter school where she’s expected to punish students who bring “unhealthy” snacks. Frozen pizzas or minutely engineered granola bars will shovel as much garbage inside your body as Haribo gummies, but they disguise their role. Only shattered glass is dangerous. A Bloomberg-like over-class scold yearns to suppress candy more than anything else, because its sugared extravagance brings attention to the entire coercive apparatus of vast corn subsidies, unworkable labour schedules, and stigmatized bodies. Capitalists will sell the delicious chocolate coating with which to entomb them. 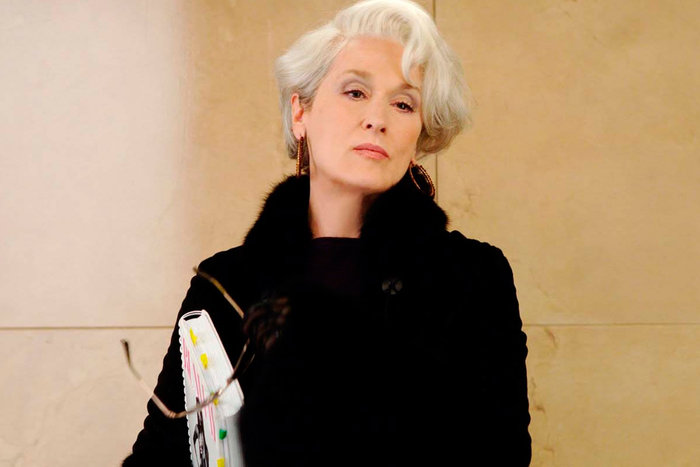 Well That Sucked
What Went Wrong This Week For … Lady Bosses 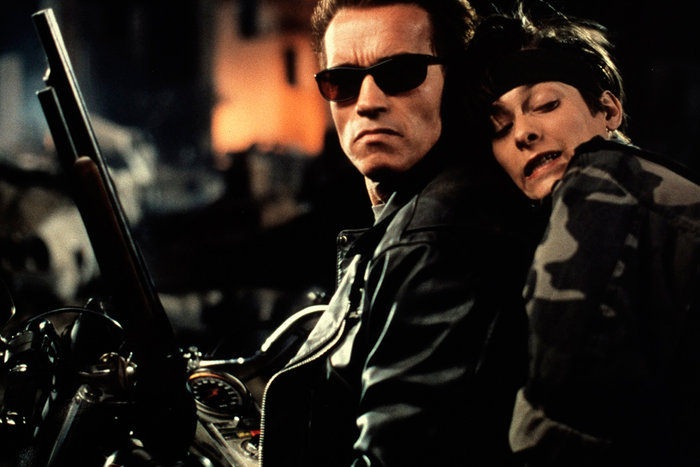 Studies Show
Celebrity is Harder to Escape Than You Think