When I’d heard novelist Jonathan Franzen had written an essay for The Guardian titled “What’s wrong with the modern world,” I was unsurprised. “While we are busy tweeting, texting and spending, the world is drifting towards disaster,” the subhed read. Oh, great, I thought. Another one of THOSE.

I knew Franzen was writing and editing a translation of the great polemicist Karl Kraus, and indicting an entire culture by way of attacking our techno-corporate overlords (or is it the other way around?) was a total Karl Kraus move. But Franzen’s nonfiction and metaliterary antics have always been provocative, especially for people within worlds he seems to feel especially distant from, like popular fiction and the Internet’s chattering classes. Just as when he disavowed his inclusion in Oprah Winfrey’s book club, there are usually hints that his protest is as much a self-serving stunt as him simply being honest about his experience and preferences. And part of the trick is you can never tell how much is each.

I should say: I’m a fan of Franzen’s fiction, especially The Corrections, a novel I devoured in hardcover living in Philadelphia, where much of the story is set. I also like much of his nonfiction, especially when it’s more clearly memoir: his New Yorker essay on growing up with Charles Schultz’s Peanuts is a favorite. But Franzen’s formula for nonfiction is pretty consistent: a fat scoop of scolding skepticism toward the world around him, wrapped in personal anecdotes, and coated in a thick layer of self-awareness that his own experience is limited, that his is a special case, that he may be out of sync with society and he doesn’t know whether the fault lies with the world or himself.

This essay, despite its batshit title, was nothing new. Franzen describes himself (and Kraus) as sharing “the privileged person’s anger at the world for disappointing him.” He writes that his disappointment with the modern world is a function of his generational position, but also notes that almost every generation must feel that the world is coming to an end. Emanations of apocalypse are ultimately suspicions that one’s own world is ceasing to be, that its immediate death is painful, even evil—but mostly, that the world that will follow is essentially unknowable. It may be vastly better, worse, or more or less the same. But it will no longer be yours.

So what, exactly, is the world that is ceasing to be, and why does its death alarm Franzen? Why does it alarm me, too, even if I don’t fully share Franzen’s take that technology and media are to blame, and feel that Franzen has no standing to be the one to say so? Is it possible to reconcile the two?

If you criticize Franzen’s claims at face value, you essentially recapitulate the basic question of whether or not the world of media and technology is good or bad for us, an argument as dull as it is recklessly binary. If you see the issue as Franzen himself and the class to which he belongs, well, sure, there are some easy arguments to make against him and other technological pessimists—namely, that the vast majority are middle-aged, privileged white guys who don’t use or really understand the technologies they criticize. But there are a lot of middle-aged, privileged white guys, and there are even more people who don’t match that description who also don’t understand technology, whether they’re using it or not. So that doesn’t seem like the real problem here, either.

I hadn’t sorted it for myself until I started reading reviews of Dave Eggers’s new book The Circle, which takes place in a thinly veiled fictional analogue to Facebook. Like Franzen, Eggers is an anti-fan of social media and the contemporary tech industry. “With its entrails and killing floors, Upton Sinclair’s The Jungle was that rare novel that changed how the world saw business,” writes The Wall Street Journal’s Dennis K. Berman. With The Circle, Berman adds, “we’ve finally got a Jungle for our own times, a vivid, roaring dissent to the companies that have coaxed us to disgorge every thought and action onto the Web.” Despite Franzen’s doubts about whether we’re sufficiently angry about our tech-driven media masters, there is clearly a brisk market for Jeremiads, especially if they come from well-known novelists.

But Eggers’s novel is the opposite of The Jungle. Upton Sinclair spent seven weeks working in a Chicago stockyard. He was a journalist who wrote the story as an exposé for a small socialist newspaper, then collected it into a novel.

Eggers, meanwhile, seeks no such ground. Defending against charges that he’d borrowed the general plot of his story from former Mark Zuckerberg ghostwriter Kate Losse’s book The Boy Kings, Eggers insists on the purity of his story by claiming he did no research at all:

This insistence that The Circle be treated as “pure speculative fiction” is surprising from a writer like Eggers, who frequently blends autobiography and nonfiction into his stories. It’s also surprising in an age that seems overwhelmingly tilted from fiction to nonfiction, with its hunger to squeeze “reality” into generic forms like video blogs and made-over game shows like toothpaste into a tube. Eggers, like Franzen, is saying no to all of that. He does not need to do the research, does not need to engage with the things he writes about. He can observe their effect on the culture, apply his imaginative and linguistic gifts, and give us a form of entertainment that still seeks some form of moral and social relevance within its readership. It’s a very traditional claim about the dual role and responsibility of the novelist as both creative artist and social conscience, one that many seem to be finding increasingly lacks the weight it once had.

The real issue, it seems, is the declining moral and critical standing of the novelist. We don’t believe what Franzen and Eggers tell us about the world. Even if we enjoy their novels, they haven’t earned the moral and critical authority to translate their judgments to nonfiction, or even for us to respect their vision. They don’t just seem nostalgic for a time before social media took over our popular discourse—they’re nostalgic for a time when the novelist was, or at least was capable of being, at the center of that discourse.

The gap today is really between people who still want to assign literary novelists that role and people for whom only nonfiction will do the job. Emile Zola wrote “J’accuse!”, his great letter intervening in fin-de-siècle France’s notorious Dreyfuss Affair, with a moral authority that frankly seems impossible today. When the Kennedy administration wanted to improve racial relations, attorney general Robert F. Kennedy met with James Baldwin (along with Harry Belafonte, Lorraine Hansberry, Lena Horne, and a smattering of civil rights leaders); it was the public failure of that meeting that led directly to both President Kennedy’s address supporting new civil rights legislation and that August’s March on Washington for Jobs and Freedom.

What do we do in a world where Facebook executive Sheryl Sandberg has more moral authority than a popular-critical novelist like Franzen or Eggers? Is it possible for any novelist to have Tolstoy‘s or Baldwin’s or even David Foster Wallace’s authority today? Consider Franzen:

In my own little corner of the world, which is to say American fiction, Jeff Bezos of Amazon may not be the antichrist, but he surely looks like one of the four horsemen. Amazon wants a world in which books are either self-published or published by Amazon itself, with readers dependent on Amazon reviews in choosing books, and with authors responsible for their own promotion. The work of yakkers and tweeters and braggers, and of people with the money to pay somebody to churn out hundreds of five-star reviews for them, will flourish in that world. But what happens to the people who became writers because yakking and tweeting and bragging felt to them like intolerably shallow forms of social engagement? What happens to the people who want to communicate in depth, individual to individual, in the quiet and permanence of the printed word, and who were shaped by their love of writers who wrote when publication still assured some kind of quality control and literary reputations were more than a matter of self-promotional decibel levels?

With social media, we are at no shortage of opinions, diagnoses, and feelings about our world, its apocalyptic implications, and our future place in it. And it increasingly feels as though a writer like Franzen is talking about a much narrower place. Instead of facts, instead of expertise, he is giving us “the quiet and permanence of the printed word,” a media artifact that is not endangered, but is no longer central.

Franzen is no longer central, if he ever was. He cannot be Tolstoy. He cannot be Baldwin. He cannot even be David Foster Wallace. And if those authors were with us today, what guarantee would there be that the role they occupied would command the same respect, let alone exist? That time is ending, and Franzen knows it. 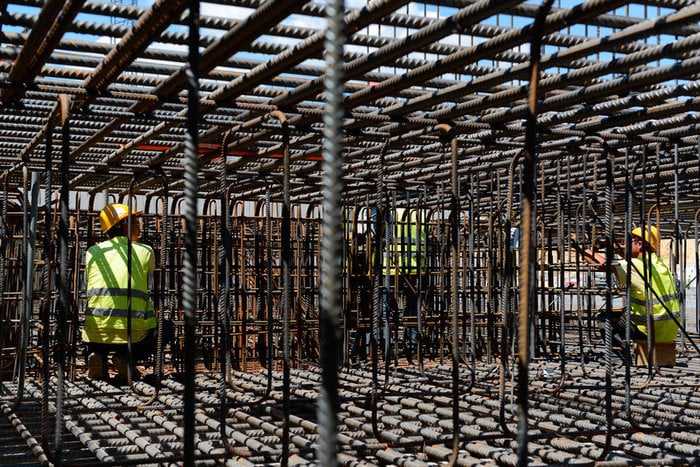 Hear The People Sing
What, is Obama Too Good to Work at the Airport?