Hue and Sigh: The Drab Palettes of Modern Superhero Movies

And what Guardians of the Galaxy gets at least a little right. 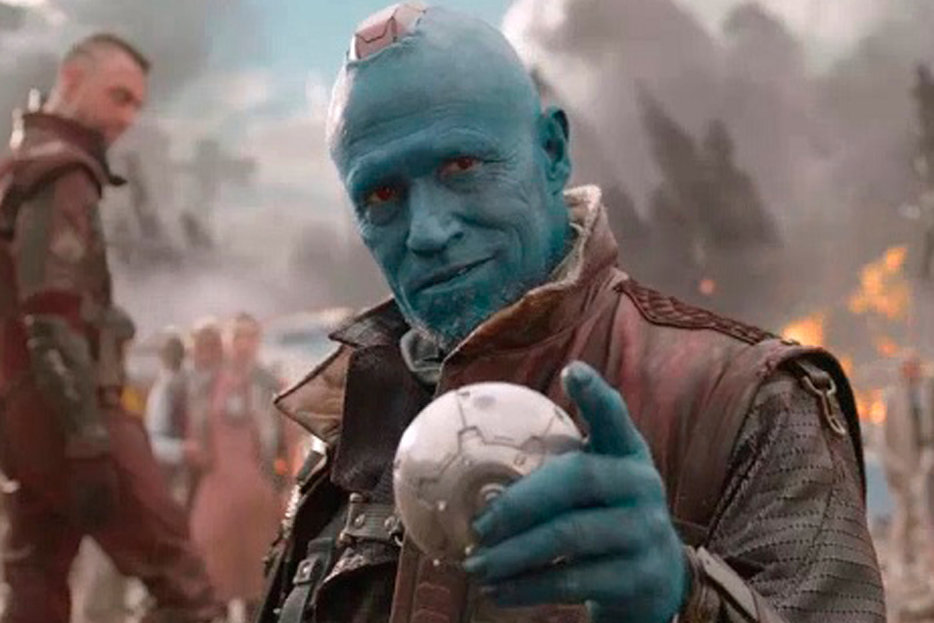 Contemplating the state of the modern superhero movie is probably one of the activities destined for me in hell, which might explain why I ended up doing it on a 12-hour-long flight last week. At a certain threshold of sustained boredom, you don’t actually want the ennui to be broken, only punctuated.

Captain America: The Winter Soldier was diverting enough—lots of “now kiss” moments between Chris Evans and Anthony Mackie, liked the paranoid suggestions of ’70s political thrillers—but not even sensory deprivation could get me through that Thor sequel from last year. The high-fantasy psychedelia developed by Jack Kirby and Walt Simonsonhad been bronzed into bland realism, Game of Thrones with more advanced metalworking, much of it seeming to take place in some soupy netherworld. Captain America can make something of that militaristic aesthetic, even if its title character leaps around wearing an American flag, but running another dozen Marvel movies through the same colour filters reveals the Lego-like structure of their master narrative. Is this all it takes to delight nerds now? An auteur brand?

I don’t mean to pick on one synergistic chunk of intellectual property. Based on the images released so far, 2016’sBatman vs. Superman will max out its hues at a vibrant brown. The collective monomania of these superhero movies is bizarre and sad—if you must make so many of the things, why not cast your eyes beyond a couple of decades-old Frank Miller comics? Standing outside the theatre after we saw The Dark Knight Rises, my friend Carl complained: “I don’t go to a Batman movie to watch people dodging missiles.” So it was a small relief to walk into Guardians of the Galaxy and see no CGI gloom or repurposed army vehicles—instead there were green people offset by pinkish-purple nebulae, spaceships interlocking like a jeweled brooch, extraneous frills on half the cast. Chris Pratt doing the roguish Han Solo thing with a little less ragged charm, but more abs.

I remember that palette most vividly. As directed by James Gunn, Guardians of the Galaxy is a broad action-comedy, with big emotional moments helpfully annotated by a vintage mixtape cut—should a movie this boyish really be allowed to use “Cherry Bomb” during a climactic shot? (The best jokes tend to be semiotic glitches: Rocket Raccoon, who admonishes his bonsai muscle Groot to “learn genders,” has no idea what raccoons are, while hulking wrestle man Drax comes from a planet unknown to metaphor.) But the colours are permitted the grace of extravagance: Benicio del Toro as Liberace 3000, his bouffant seemingly made of smog; the vomit-yellow pool Drax almost drowns in; that aquamarine complexion Michael Rooker’s space pirate accessorizes via LED mohawk. I would watch entire spinoffs of Rooker tracing his laser shiv through alien body armour, reacting to every event with the same dissolute amusement.

Alternatively, there’s Vin Diesel dancing to “I Want You Back” as a sentient tree, albeit only after the requisite epic battle. Guardians does manage some insouciance about all this, its hunt-the-magical-object plot standard to Marvel Studios, even though the filmmakers briskly dispense with cultural specificity alongside exposition. I had a vague sense of imperiled Xandar being a liberal-imperial cosmopolis, but it looks like sketches of the new waterfront development in any North American city. The Guardians’ base of Knowhere is a mining colony carved out of the floating head of a dead god, the kind of pop-surrealist image Alejandro Jodorowsky would’ve spent 10 million dollars failing to build; Gunn et al forget about the concept as soon as they’re inside it. Powdering their Dark Jedi manqué with crushed-blueberry body paint makes him “exotic,” but no less terminally dull.

Even the distant puppetmaster Thanos—a character who wants to bring about genocide because he’s crushing on the personification of Death—comes off as a generic overlord type, rationalized away from the cosmic mysticism of Jim Starlin’s original ’70s comics. Sean Howe described that LSD-salted period in Marvel Comics: The Untold Story:

“[Starlin’s] Captain Marvel was not so much about how much power and charisma its hero had, but about how many limits he had—he was an unenlightened mope who didn’t know how to live up to his potential. Within a few issues, Captain Marvel would become ‘cosmically aware,’ a process described in words that might have been gleaned from the Dhammapada, fortified with a generous supply of exclamation points. ‘This man has conquered! He`s beaten vanityand pride by seeing the universe as it is! He knows what must be done and does it, but does it with a great sorrow! For this man knows truth and peace!’ … On the following page, Drax’s shifting realities are represented by thirty-five panels of warped faces, skulls, eyes, stars, and lizards.”

The day after seeing Guardians of the Galaxy I rewatched Frank Tashlin’s Artists and Models, still my favourite movie-about-comics, and not just because it mustered 100% more starring female roles in 1955. Tashlin was a rough analogue of the nerd-approved genre directors Marvel tends to hire—he came up through the Looney Tunes animation system—but he lacked the mandate to bring together 40 years of other people’s corporate-owned characters. No one else, however, makes human bodies look so cartooned. You can ignore the nominal plot about Greenwich Village painter Dean Martin (!) taking up superheroes for quick cash, falling in love with the star artist of the Bat-Lady, etc., and look at Tashlin’s frame like a colourfully saturated page: the rich blues of sequins and bathrobes, army officers standing in mountainous desert, tan over tan over tan, wallpaper I can only call Tenement Green. The giant artist’s palette Martin dances around, hues sitting atop it like fat gumdrops: violet, periwinkle, turquoise, shocking pink, pumpkin-puree orange, the red of curtains in an old theatre.

You can’t really ignore his idiot sidekick, so Artists and Models does require a high tolerance for the comic persona of Jerry Lewis. At least he serves as a useful prop when Shirley MacLaine’s character decides to announce her inexplicable infatuation with him. He’s not into it, being unable to figure out she’s the same Bat-Lady model he adores (I wasn’t kidding about the high tolerance), so she pursues him up and down a tenement staircase, leaping across the banister, splaying herself over the steps to prevent his escape, hollering “Innamorata”: “You’re a symphony / A very beautiful sonata…” The scene feels both sillier and more adult than any joke in Guardians of the Galaxy, this discombobulating lust staged as balletic slapstick, Twelfth Night in four minutes. And MacLaine’s swimsuit is yellow like a paper sun. 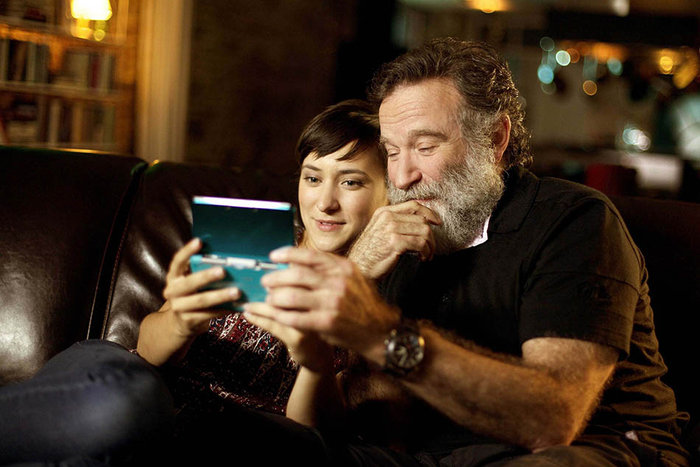 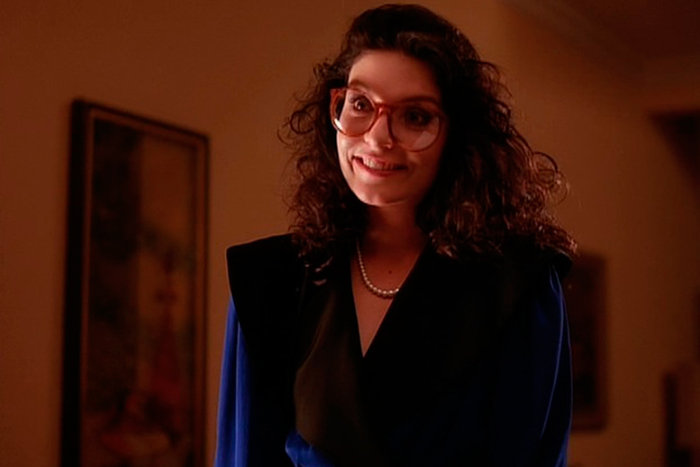 Books
Terrifying Horror Stories in which the Cheerleader Lives