Today in animal news worth knowing: a man was caught smuggling 25 parrot eggs in his underpants as he tried to breeze through Swiss customs. Meanwhile, some marsupials are so horny they literally are dying for sex. And Iringa, Thika, and Toka, the elderly elephants formally of the Toronto Zoo, begin their long journey to a pachyderm retirement home in California today. While all involved agree that the trio require a warmer, more peaceful environment than Toronto can give them, the move is not without controversy; the elephants’ former caretakers are worried about how they’ll fare on the drive, and their campaign to have Iringa, Thika, and Toka flown to their new home was rejected by city council as too expensive. Hazlitt contributor Nick Hune-Brown wrote a lovely feature about the elephants before their fate was decided, if you have the inclination to learn more about the creatures as they face this big change.

Some tunes for today: In anticipation of Concert de Jean-Emmanuel Deluxe’s forthcoming book, Yé-Yé Girls of 60s French Pop, Feral House, the book’s publisher, has put up a mix of some fille-puissance pop. If you feel the need for more vintage world pop music—and why wouldn’t you—allow me to direct you to this YouTube playlist of a great Nippon Girls mix—the swinging bossanova pop stars of late ’60s Japan should do the trick.

Egypt’s ongoing revolution is bad news for booksellers. Lehnert & Landrock, the famous German bookstore off Tahir Square in downtown Cairo, is facing tough times. Owner Edouard Lambelet, who inherited the store from his father, is considering calling it quits after 34 years. If Egypt doesn’t stabilize, he’s planning to pull out of the country, possibly shuttering the 111-year-old store forever.

But forget about sandwiches. You have to read this interview with New York Times book critic Dwight Garner. The Prospect has an ongoing interview series where they talk to book critics about their craft—or is it an art?—and it’s wonderful. While I don’t always see my own reading experience of a given book reflected in Dwight Garner’s review, his is a mind I like to know.

And finally, this essay from Mark O’Connell, the charming essayist and still-new dad, on wordless communication is a lovely paradox: here he writes about the wordless, animal love between parent and child, but gets it down in finicky, tricky words so beautifully—he captures the joy of wordless wonder in words, and the paralingual love flows nonetheless through the language he uses to describe it. 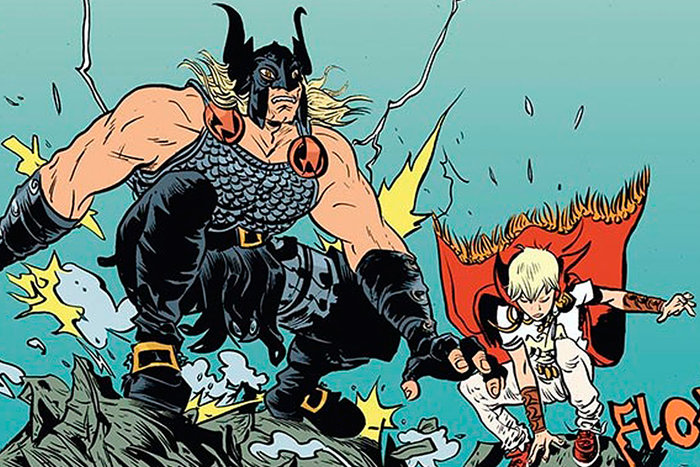 Culture
Here There Be Monsters: On Paul Pope’s Battling Boy

Film
Claire Denis: Studies in Desire, Heartbreak, and Bodies in Motion
This month TIFF celebrates the work of the ever rigorous and challenging French director, whose Beau Travail was a…