Has That iPhone Been Dipped in Gold? 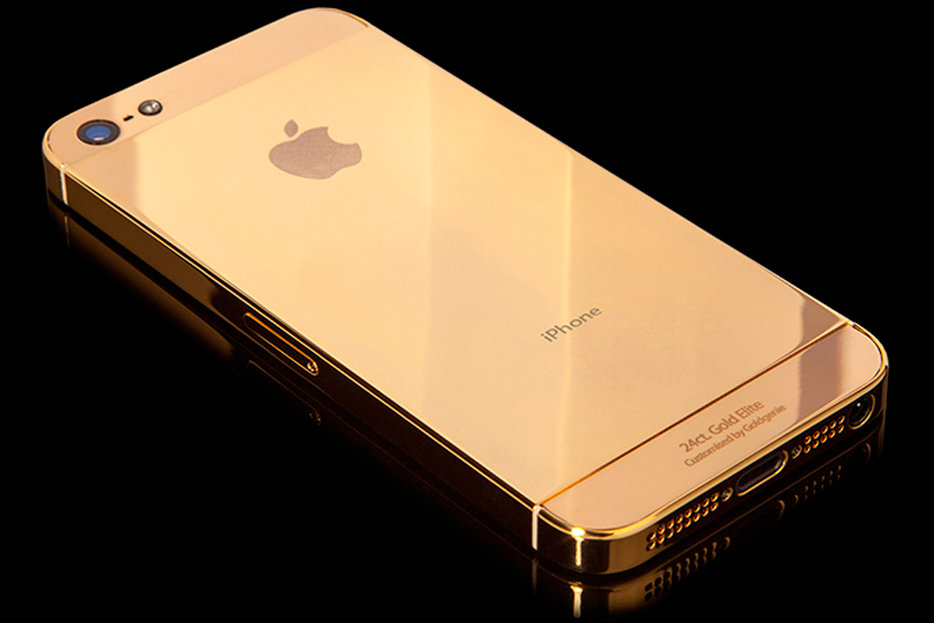 Sometimes, it seems like the only sane thing to do is to picture the Apple rumour mill as a group of cherub-faced, overly excited youths from a ‘50s musical. So when I heard the latest rumour about the upcoming iPhone—that it is arriving in a new colour—all I could think of was a row of gleaming faces, chirping in singsong unison, “A golden iPhone is coming! A golden iPhone is coming!”

But if this most recent news seems absurdly banal, like many so whispers about the latest and greatest from Cupertino, it is also inadvertently interesting. Apple is currently in a strange place. It built its appeal on creating desirable, functional products that seemed high-end and exclusive—the overwhelming success of which has led it to become ubiquitous and commonplace. Somehow, the iPhone has ended up remaining a status symbol despite the fact that a 12-year-old you pass on the street might have newer model than you.

Apple is thus now always walking a fine line between maintaining an aura of luxury and sustaining the consumerist churn that generates its insane profits. It’s an almost perfect example of the fact that, at their core, all ideologies are predicated on contradiction: Just as immigrants are both lazy and willing to take two jobs, or that that market is free up until the point that it needs help to function “freely,” Apple’s products are now signs of both success and savviness and, at the same time, the utterly ordinary.

That ambivalence is further complicated, however, by an evolving smartphone market. With sales growth in developed countries slowing, and huge opportunities awaiting in the developing world—which are of course being chased hard by Samsung, Google, and even Microsoft—Apple has no option but to pursue the low-end in China, India, and elsewhere. So when the next iPhone is announced, it will almost certainly come in two flavours: The cheaper, plastic, brightly hued iPhone 5C meant to fend off Android and Windows Phone, and the more expensive and familiar aluminum iPhone 5S.

So, how do you let certain consumers continue to use the iPhone as a marker of their position if that “same” iPhone is also for the plebes? Simple: You make a high-end model in an understated gold colour so that, when one not-so-subtly pulls it from one’s pocket on the street, others will know: “Ah, she got the good one. The expensive one—the best one.” It’s classic Apple strategy, but it’s also a typical consumerist-capitalist approach: Diversify the lineup to reflect the stratification of society—uh, sorry, I mean, “the range of consumer categories.”

In an odd twist, though, that very same golden glitziness meant to separate the cheap from the dear, the poor from the rich, and the East from the West, will likely end up selling well in China and India thanks to the colour’s vaunted status there as a symbol of both wealth and security—a factor that Apple must have considered. The expected flow, then—of cultural and technological influence from America outward toward the poorer corners of the world—gets a funny sort of inversion, where Manhattanites will showily use their champagne-coloured iPhones in part because the tastes of the wealthy in Mumbai and Shanghai also need to be catered to.

But whether it’s shifts in the flows of global capital or new winds of whims and tastes, Apple has stood out in recent years as a crystallization of “how things work these days.” You cannot extricate the many lines of desire from the things we buy, why we buy them, and why we are so eager to show them off, and it’s a trend that we can see most clearly with the fruit-logoed gadgets so many use. And even if it is absurd to chant, like Oompa Loompas in Wonka’s factory, “A golden iPhone is coming!,” people will do it anyway. After all, as is ever the case in the current era, what they are really looking for from Apple isn’t simply what’s next, but also a sign of where things are going from here.

Photo via Goldgenie (pictured phone is not the proposed Apple model) 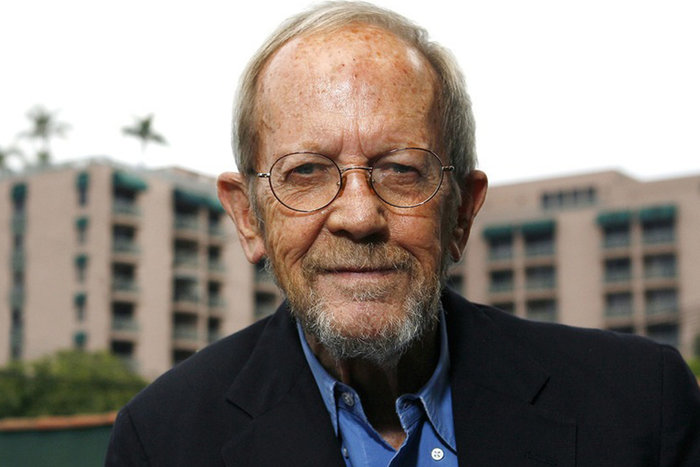 Essay
Elmore Leonard’s Economical Ass-Kicking
Author Linwood Barclay on the late Elmore Leonard, his famous rules for writing, and how his novels kept him alert…