The post-election social media barrage has put us in a strange spot: We don’t want to remain silent and complicit, but are we just adding to an exhausting wall of sound? 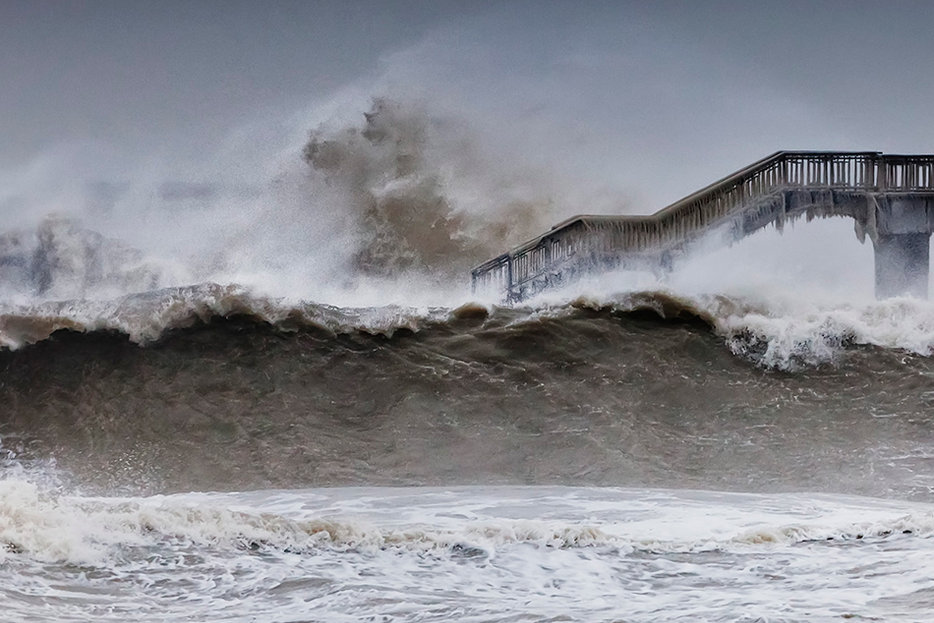 The web has always been noisy, but in the months since the election, in the tone and tenor of North American social media, something has tipped over. You can unfollow or unfriend, mute or block, slash and burn your feeds like you’re a gin-soaked white nationalist who unexpectedly just got access to the full power of government, but none of it seems to matter. The sheer pace of news and the torrent of immediate reaction, followed by the sustained deluge of links, explainers, and tweetstorms or Facebook posts replete with paragraph breaks, continues apace, and it’s exhausting.

We’ve always had a rhetorical economy, a web of public opinion yanked this way or that by prominent voices or ideas, which in the aggregate forms a loose whole sustained by the tension between opposing sides. But social media has made the way in which that network of thought ricochets around both more visible and visceral. At a certain point, it starts to drag your soul around in much the same manner, the simple act of trying to keep up leaving one emotionally exhausted. It’s why every so often, someone will retweet the perfectly symbolic @infinitescreaming account into your feed, which is exactly what it sounds like—and exactly what it all feels like, too. It has in practice become nearly impossible to separate the noise from the attempts to cut through the noise, each recommended link—about which departments have been silenced, or news of which executive orders have been signed, or which authoritarian threat at home or abroad continues to pick up steam—coalescing into a flood, pummeling one into a sort of helplessness. Each must-read, every viral post is just another thing to absorb for a population already full to the brim.

But the barrage has also put us in a strange spot. As the writer L.M. Sacasas put it, “digital age citizenship means perpetually oscillating between the futility of online ‘debates’ and feeling a moral imperative to join them.” We want to contribute, to not remain silent and complicit, but then we too are just adding to the wall of sound.

In response, there have been calls to log off, guides to practicing self-care, a litany of suggestions to deal with the new normal. But perhaps that isn’t the only solution. It may be time to simply slow down and start posting less—not out of exhaustion or submission, but rather out of concern for others and as strategy. The most appropriate tactic for our age may not be to constantly post links we recommend others must read, but to stand up against recommendation itself.

There has always been a kind of dialectic between the feed and link. In a stream of isolated thoughts and quips, links are harbours, ports-of-call, rest stops. They are the opposite of our brief ponderings, fleshed out arguments that interject a temporary stillness into the broader cultural conversation. That’s where “This!” comes from, those moments in which our vocabulary is temporarily beggared by the sheer glut of information: we’re trying to put something whole and still into the churning fragmentary chaos as quickly and with as little in the way as possible.

But now, not only is there no end of news but reaction, too—information and response, data and analysis colliding in our feeds and minds. Making matters worse, beyond the usual news and reaction there is an emerging penchant for speculation. A widely circulated Medium post recently suggested that the U.S. administration’s recent moves were actually trials for a coup, an analysis based in part on the fact that an unverified intelligence dossier contained a figure similar to another figure listed in the sale of a Russian oil company. It is joined on Twitter and Facebook by an endless array of related prognosticating, all of which is entirely understandable in a climate of secrecy and fear, but ultimately adds even more to the noise. We are all scrambling to understand history as it unfolds, and it is every bit as deafening and potentially futile as that sounds.

Now that we mediate a barrage of news through ever-updating screens, it feels like we might also be at a certain kind of limit of human cognition. Beyond the tired arguments about what does and does not constitute a distraction—people can in fact manage talk about both Beyonce’s babies and a ban on Muslims—it does however become inordinately more difficult to form a macro perspective when there are so many microscopic details coming at us so constantly. There is the necessity of paying attention balanced by its psychic toll.

Certainly, information overload has always existed, always been a concern—it’s even in the bible. Yet at this particular juncture in history, there is a kind of strategy to having so much happen so frequently all the time. In Facebook and Twitter, the authoritarian has found not only the perfect tool to circumvent the media, but also to drown it out. As scholar and New York Times columnist Zeynep Tufekci argues, if censorship once worked by obscuring information, in the digital age it works by giving us so much information it becomes impossible to act on any of it.

There is, on the face of it, only one option, and it flies in the face of the contemporary moment. Just stop. Stop sharing. Stop recommending. Put the entire machinery of social media to bed and visit a website or pick up a paper and read the news. There is only one recommendation, and it is to be against recommendation. Delete the app. Forget they exist. For pity’s sake, please—just give us a minute’s peace.

I am, of course, an utter hypocrite. No one could actually be against recommendation. I post things to social media all the time in a desperate attempt to find an ideological life-raft on an ocean of perspectives. I am stuck in it, like an alcoholic sick of feeling sick and who drinks to keep nudging the hangover back just a bit. What is social media in an age of authoritarianism but a machine built to ratchet up the cortisol and then extract dopamine from you?

The trouble is that both history and the history of technology constitute the foundation upon which we stand. There is no other place to retreat, and in the current era, it is constantly moving forward. The stream, the feed, the rush—it is ceaseless. And to simply stop would be to cede social media to the populists. No, something else is necessary.

I think frequently about how our propensity for “This!” actually begat its own, short-lived social network: This. The service allowed users to post only one thing a day, which meant you had to choose wisely, had to mean it. But This. was like a churchgoer quietly handing out pamphlets on a Friday night on a busy downtown street packed with bars. “Temperance, my good fellow,” he might say, sounding ridiculous, or at least anachronistic. Talking of restraint, of purposefully limiting yourself, isn’t just undesirable or even preachy, but absurd, somehow unthinkable. This. folded, yes yes because of the usual reasons about network effects and funding, but also because an app that asks you not to do something simply doesn’t compute. It swims too stridently against modernity.

But it is restraint, rather than complete abstinence, that is necessary. The function of noise under this emerging hydra of Post-Fordist authoritarianism is to bamboozle us through exhaustion. So there are cries of exhortation not to give in, to keep one’s eye on the prize, to keep fighting. All good suggestions, but they too are noise unless they add in a missing and crucial detail: say less. Say “This” less. Give people a moment to breathe; in most cases, the horror will still be there in a few hours, unaffected by a brief waiting period.

It’s cute, I know. But to be against recommendation is to resist the weaponization of the attention economy. Things have been blown apart. Most of the real struggle will involve the nitty gritty of politics, direct communication with elected officials and action in the streets. But to put things back together, we’ll also need the comforting blankness of a temporary void—a silence in which the sibilance at the end of “This” is allowed to trail off, echo, and fall into nothing. For a time, just say nothing at all. In the quiet dark, a breath or two, a motionless moment to exchange a meaningful look, and then out into the breach once more. 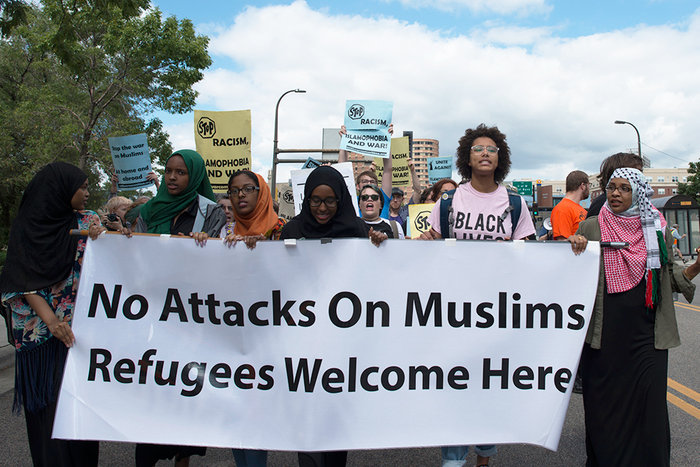 Essay
The Burden of Fear
The message is, overwhelmingly, that we Muslims are not welcome in the West. Yet, we are here, everywhere, invisible in… 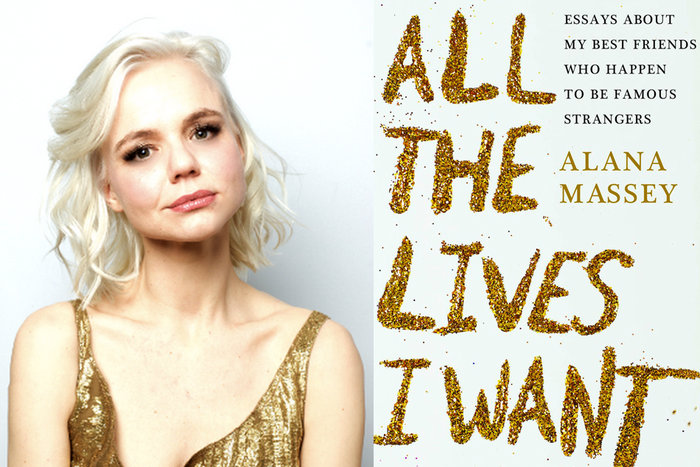 Interview
‘The Primary Emotion I Was Following Was Anger’: An Interview with Alana Massey
Talking with the author and essayist about rewriting female power narratives, telling honest sex work stories, and…