The Flat Nuts and Big Asses of Black Friday

Black Friday Recap
This year, one death and at least 15 injuries were reported across America as shoppers trampled over, slapped, and head-butted each other to score sweet Black Friday deals. So, what did you, the people of the Internet, make of all this retail chaos? CNN commenter Trooper Bri was disgusted, posting:

“Evolution is only a theory for certain gene pools.

I’d rather pound my nuts flat with a wooden mallet than go out shopping on Black Friday.”

Well, don’t do that, sir! You don’t have to be Charles Darwin to know that a man with flat nuts can’t pass his sturdy genes on to the next generation. (And take it from me, ladies hate a fellow with a pair of flatties.) CBC commenter Casskar used Black Friday as an opportunity to denounce materialism, suggesting that:

“Someone should inform these greedy people that ‘The one who dies with the most toys wins’ is a myth…actually the one you dies with a loving family who remembers the simpler things in life and the warmth of love among its members wins, 100%.”

Good point. So… where can I get my hands on some of this so-called “warm love?” I’m willing to trample over children and the elderly for something that enticing. Finally, commenting on a video of Walmart shoppers fighting over some Rachael Ray cookware, Daily Mail reader Ceanna opined that it was:

“Probably made by slave labor in China and Walmart maybe paid $5 for the whole set. And look at the size of the asses on those women!”

I think it’s inexcusable that Walmart sells goods produced by slave labour. On the other hand, I am a large ass freak. So, I have mixed feelings about all of this.

Zwarte Piet, The Beloved Racist Christmas Character
Nova Scotia MLA Joachim Stroink really stroinked himself over when he tweeted—then deleted—a photo of himself posing with the controversial Dutch Christmas character Zwarte Piet (aka Black Pete), who was played by a white man in blackface. Some people found this offensive. Others didn’t, such as Halifax Chronicle Herald reader TIC who posted:

“It is almost impossible to not offend anyone these days.”

Unwilling to give Stroink a free pass was CBC commenter ErikBosma, who wrote:

“Just because it has been a Dutch ‘tradition’ for centuries does not make it right. The Dutch were also instrumental in starting apartheid (a Dutch word, by the way, meaning ‘separate-ness’). Plus they were among the first to start trading in African slaves. Yes, I’m Dutch and often not too proud of the past. Let’s not even go to Indonesia….”

This Dutchman is a disgrace to Holland. If we get rid of Black Pete, what other beloved European Christmas characters will we lose? Honky Dennis? Stingy Saul? Gypsy Scapegoat Hank? Not on my watch, buster.

Obama Pardons Turkeys
On Wednesday, President Obama took time out from his busy schedule to “pardon” two lucky Thanksgiving turkeys named Popcorn and Caramel. Daily Mail reader marvinmartion wasn’t surprised by this incident, an annual tradition that goes back to the Presidency of Abraham Lincoln, posting:

Neither was I. It literally happens every year. Meanwhile, Washington Post commenter aj49 was unimpressed with the pardons, explaining:

“When the Turkey is pardoned, it is released to a park in Herndon VA where is usually freezes to death in the winter.”

O.J. Simpson Denied
Former football star and failed husband O.J. Simpson got some bad news last week when his bid for a new trial on his 2008 conviction for armed robbery and kidnapping was denied. CNN commenter Robina reacted to the ruling, posting:

“eats too much in jail”

I mean, I didn’t want to be the one to say it, but have you seen O.J. lately? Where did they lock him up—at a McDonald’s? Or was it a Burger King? Or was it a Pizza Hut jail? Yahoo reader I Hang commented:

“They should let O.J. out so he can continue searching for Nicole’s killer…on the golf courses of America.”

Well! It looks like a certain Jay Leno has taken to commenting on the Yahoo news site. What’s next—the return of the Dancing Itos? An outrageous Iron Jay routine? One can only hope and pray to Satan! Over on the CBC website, pixelpirate made light of O.J.’s situation, posting:

“He should hook up with Karla. They would make a wonderful couple”

I assume this person is talking about Karla Homolka. If so, it’s unlikely that O.J. Simpson will ever have a romantic relationship with her, as 1) she’s already remarried and living in the Antilles, and 2) she has really let herself go! 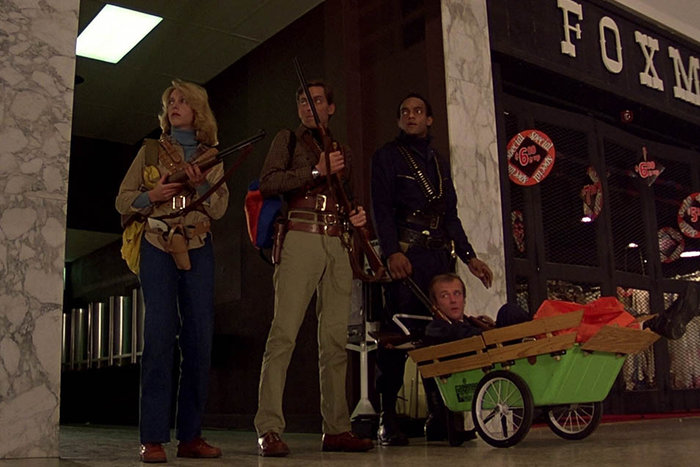 The News In Art
Twenty Songs For Shopping Days
In honour of last week’s Black Friday tramplings and stabbings and general madness, a soundtrack to help get you…

'Denial of Liberty is as Much a Part of America's Founding as Freedom': An Interview with Jonathan Daniel Wells
Connor Goodwin
A Brief History of Indoor Trees
Sarah Ratchford