Unlike certain colleagues, I never hated football. The only sport I spent time resenting as a kid was hockey, with its cultural omnipresence that obliged me to strap twenty pounds of plastic and metal onto my body and slide around a rink best known for frequent coyote sightings. The NFL was an American curio, so tactical and protracted that it still seems more fun as a video-game simulation of itself. It didn’t even have a goalkeeper equivalent—so existential, the natural position for us bookish types, since it only requires intermittent effort.

But it doesn’t take much inducement to make me watch a game anyway, whether chicken wings or pop stars. After the embarrassing and career-derailing controversy over Janet Jackson’s infinitesimally visible breast ten years ago, the NFL developed a Grammys-like devotion to middle-aged white rockers. Recently, though, Super Bowl halftime shows have gotten more adventurous again, booking the likes of Beyoncé and Madonna (out-trolled, despite the mass gay panic, by her guest M.I.A.). Bruno Mars was a risky choice for last night’s gig in the sense of simple recognition—he’s only released two albums—but this particular pompadour makes pop hits like an exacting technician.

Before the kickoff, my friend Jody Rosen observed that Mars commands his backing group, the Hooligans, like a “bandleader.” This boyish 28-year-old harkens back to pre-rock-and-roll stars, when your fascinating stage persona was less important than a versatile repertoire and the affable charm to get it across. He sings, he produces, he writes hits for other people, he dances kinda like James Brown (minus the externalized psychodrama). His myriad genre pastiches are derivative but distinguished, not least by the teasing way he bends that cute tenor.

The lack of specificity that makes Mars such a broadly appealing performer sometimes approaches solipsism. Much of his fine 2012 album Unorthodox Jukebox is about sex, but it sounds strangely wholesome regardless. (Strip clubs: he has mixed feelings!) The flawless scrim of his shimmy admits no kinks. I think of fellow tiny virtuoso Prince, whose lurid fantasies became an attaché for many other emotions—so thoroughly did his lust objects fuck with his head that he began to consider their subjectivity. Then I hit replay on “Treasure” again.

Mere idiosyncrasy is no recipe for great music, anyway. Look at the late additions to last night’s bill, who foisted themselves on Mars around the ten-minute mark. The Red Hot Chili Peppers’ shtick long ago degraded into jerky pantomime: California, a photo of Iggy Pop that Anthony Kiedis saw once, “““funk,””” Hollywood but as a sexy babe, [nonsensical fairy tale goblin rhymes], fluttering hand movement, California, really big pools, the mythopoetic terrain of Venice Beach.

It was all going well up until then, too. Mars allowed a children’s choir onstage for the maximum tolerable amount of time before clattering into a counterintuitive drum solo, nimbly whipping through three of his best: the solid-bodied reggae-rock one (“Locked Out of Heaven”), the Michael Jackson one (“Treasure”), the unexpectedly funky one (“Getaway Love”). He didn’t shed tangled layers of meaning all over the stadium, but there should be at least one pop figure like Bruno Mars, a worldly craftsman to whom no think-piece will stick. 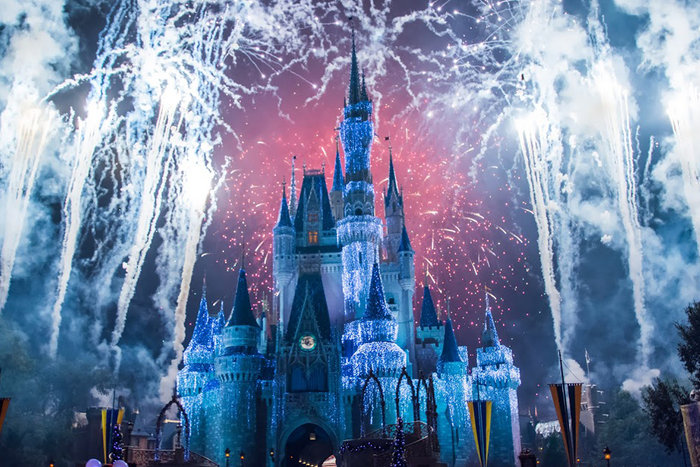 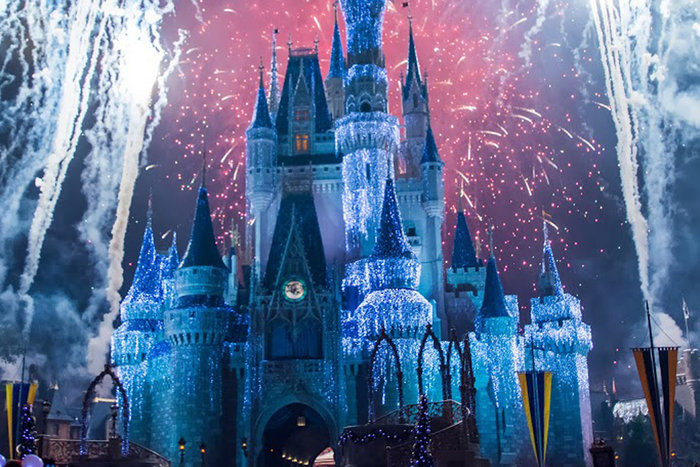 Tangent
Designing a Better Past
Disneyland was founded on nostalgia for an idyll that never existed—but when it comes to designing human happiness,…