Designing a Better Past

Disneyland was founded on nostalgia for an idyll that never existed—but when it comes to designing human happiness, maybe imagining the golden past makes for a better future. 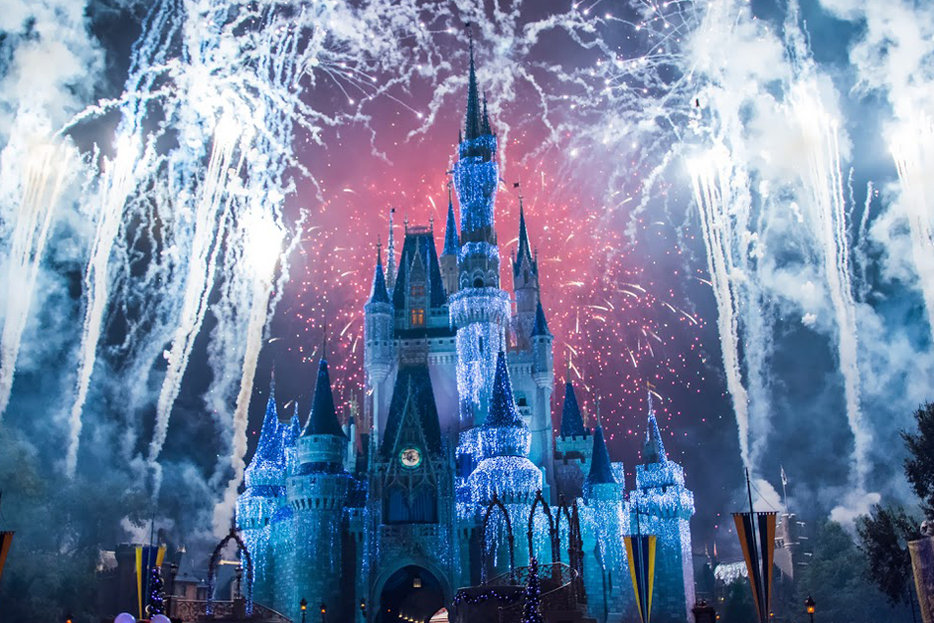 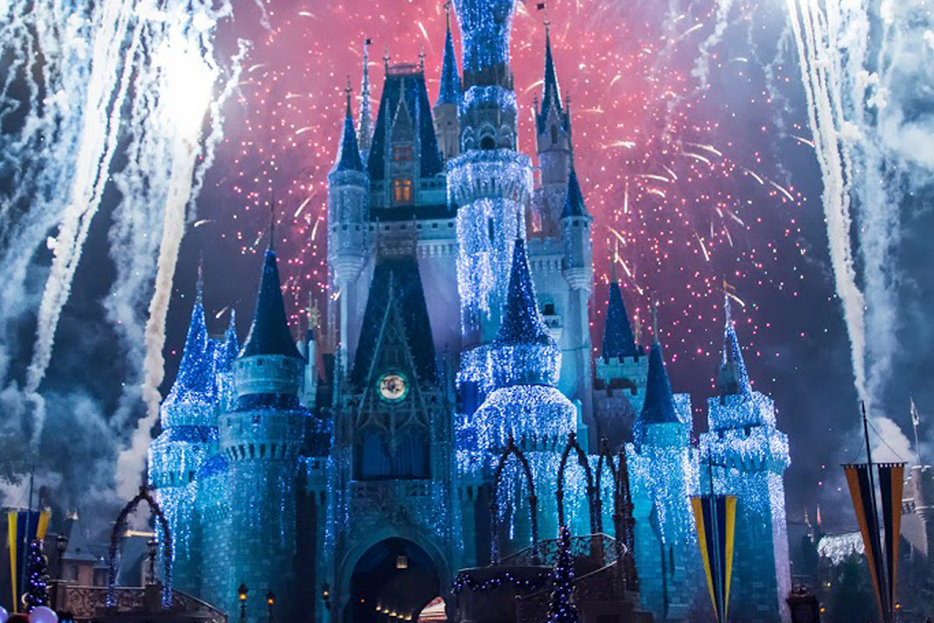 In 1955, Walt Disney stood in front of a crowd of 28,000 people and said these magic words: “To all who come to this happy place: Welcome. Disneyland is your land. Here age relives fond memories of the past, and here youth may savour the challenge and promise of the future. Disneyland is dedicated to the ideals, the dreams, and the hard facts that have created America, with the hope that it will be a source of joy and inspiration to all the world.” Movie heartthrob Ronald Reagan, fresh from what critics called his “most likable performance” in Tennessee’s Partner, grinned and waved to his fans.

By the time Reagan ascended to the presidency 30 years later, the word “Disneyfication” had entered the language as a pejorative term for scrubbing away reality to replace it with a better-looking version. In his famous 1981 treatise Simulacra and Simulation, philosopher Jean Baudrillard wrote: “It is no longer a question of a false representation of reality, but of concealing the fact that the real is no longer real, no longer exists…Disneyland is presented as an imaginary in order to make us believe that the rest is real, when in fact, all of Los Angeles and the America surrounding it are no longer real, but of the order of hyperreal and simulation.”

Disneyland not only creates a simulated reality, it is created out of an idealized perception of the past. The happiest place on earth is sad because not only is it a fantasy, it’s steeped in Disney’s longing for the small town he lived in as a child. Disney lived on a farm in Marceline, Missouri from 1906 to 1911, where he drew pictures of his neighbour’s horses and watched the train whistle through on its reliable daily schedule. When he and his head designer, Harper Goff, made their plans for Main Street, U.S.A., they drew on Marceline as well as Goff’s small hometown, Fort Collins, Colorado. Disneyland’s Main Street is fixed in a permanent Victorian era, where shops have striped awnings and gold lettering, and you can sit in the town square and admire the railway station clocktower while watching the brightly painted steam-engines huffing through.

In Charles Montgomery’s book Happy City: Transforming our Lives through Urban Design, Montgomery talks to John Hench, a former leader of Disney’s Imagineering team, who says, “There’s some nostalgia involved, of course, but nostalgia for what? There was never a main street like this one. But it reminds you of some things about yourself that you’ve forgotten about.” The idea is that architecture and urban design play a powerful role not only in how people use a public space but in how they feel, about themselves and about other people, while they’re there. Montgomery visits Disneyland with a neuroscientist who points out how the fudge-scented air and pedestrian-friendly boulevards make people more relaxed and outgoing. Nursing-home designers have taken a leaf from Disney’s book and replicated some of the architectural features of Main Street in elder care environments.

Disneyland is about evoking innocence, and embedded deep in our collective memory is the association between innocence and the long period of peace between the Napoleonic wars and World War I; a time when there had been just enough technological innovation to improve people’s lives (electricity, the telephone, better agricultural techniques) but not enough to cause mass destruction of people and the environment (machine guns, the car, industrial farming). The late Victorian era is close enough to make us feel comfortable but distant enough to make us feel safe from the anxieties of the modern world.

In reality, of course, the Victorian era was never as happy as we would like to think. Disney lived in Marceline for only four years, and left when he was only eight years old. His memories of the physical environment and the corresponding psychic environment were those of a child, and children can make a game out of almost anything; in fact, Disneyland’s Magic Mountain is a recreation of the garbage heap outside young Disney’s bedroom window. Conditions for women, homosexuals, the poor, religious minorities, and people of colour were far worse in that golden time than they are now. The friendly world in which neighbours all knew each other was also a dangerous time for those who differed significantly from their neighours.

Disneyland’s evocation of the past makes the past feel safer and more harmonious than it was, and certainly the town square in Marceline was never as grand as the one on Main Street, U.S.A. But for urban planners hoping to evoke happiness, there is something to be learned from Disney. While our perception of the emotional lives of people living in small Victorian era towns may be idealized, the happiness-triggering physical space of Disneyland’s town square recreates a world we have more or less voluntarily destroyed: the world before mass urbanization and the dominance of car culture. In many ways, that world is the one to which urban designers focussed on happiness would like to help us return. The Victorian small town model of living, where the absence of cars meant a vibrant downtown with healthy small businesses, more contact between neighbours, and greater sense of civic unity is something we started abandoning en masse around the same time—the 1950s—that Walt was building Disneyland; now urban planners are designing those elements back into our neighbourhoods.

The criticism of Disneyfication is that it paves over reality with something forced. But any urban planning that does more than simply accept the way things are begins with fantasy. “The emerging consensus among psychologists and behaviour economists,” Montgomery writes, “is that as individuals and as a species, humans just aren’t that well equipped to make decisions that maximize our happiness.” If humans are so ill-equipped to make the right choices, anyone designing future cities has to take an active role in creating the kinds of neighbourhoods that people don’t seem to know they want.

People love Disneyland in part because most people don’t care that much about authenticity. They feel safe knowing that a God-like figure has planned out their every move. “During my time there I was constantly saying to myself “oh, they’re good…” comments a business blogger in a post entitled “6 Things I Learned about Business from a Day at Disneyland.” A religion blogger, in a post called “What the Church Can Learn from Disneyland,” writes: “From the moment you step, or likely drive, onto the property you get the impression they have thought of everything.”

A decade or so after people first started sneering at Disneyfication, Mark Gottdiener wrote a response to Baudrillard questioning his distaste for Disneyland. Gottdiener wrote about the nostalgia that permeates Disneyland, and while he acknowledged that Disney’s vision of Marceline was idealized, he argued that this idealization makes Disneyland a relatable oasis in the alienating modern California landscape. “Los Angeles is the real future that has unfolded for small-town America,” Gottdiener pointed out. “Confronted by this vista, we must pause and wonder why Disneyland has drawn criticism when the area around it represents this acknowledged failure of urban planning.”

It may be unsettling that false nostalgia for a society that never existed brings out our best selves. But if, as Baudrillard says, Disneyland is an imaginary place hiding the fact that all places are imaginary, its only crime is knowing itself to be artificial. Recognizing one’s own artificiality is part of waking up to the nature of the modern world. 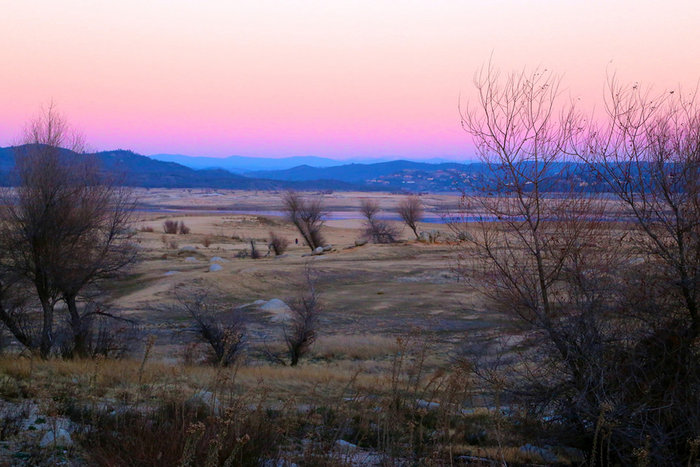 Environment
A Bad Time For Climate-Change Deniers in the Courts 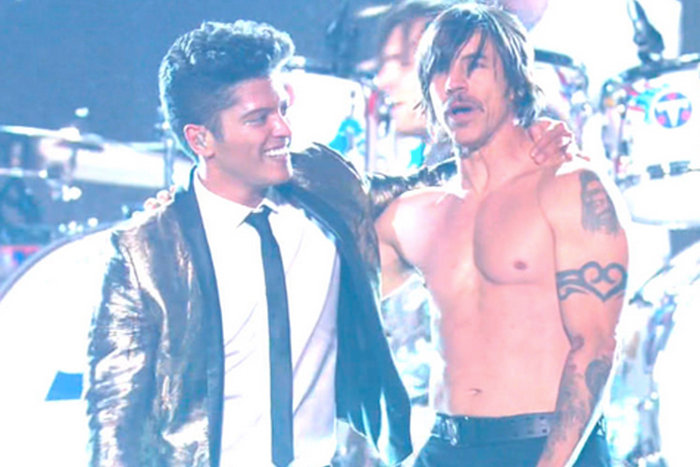 Entrance Not For Everybody
Jess Zimmerman
Growing Up Emo
Kristen Martin