Beauty in the Service of Others: Remembering James Salter

On the author of A Sport and a Pastime, Light Years, and Last Night, who died last week at the age of 90. 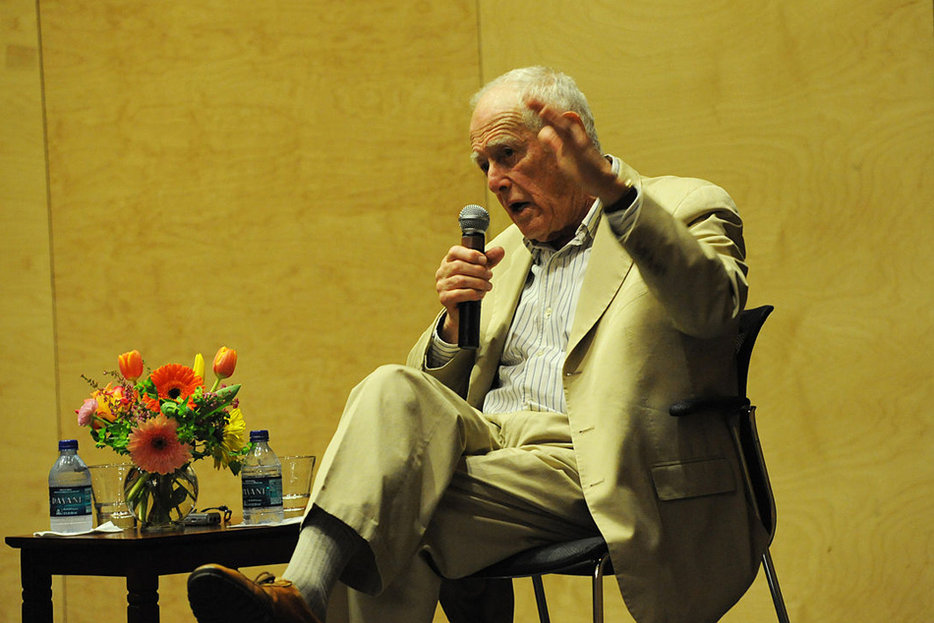 James Salter, who died last Friday at the age of 90, wrote sentences you could unfold into paper lanterns. They have topography and dimensions; he lays them out on the page one after another with the sophistication of clockwork and the elegance of orchestral music. There are the stark and precise observations: “She is made out of yesterdays”; “He imagines he looks like a boxer.” There are the aphorisms: “I have become a somnambulist”; “What confidence, what success there is in a man’s face at thirty.” And there are those sentences that seem to have their own tremendous gravity: “Her back, even the word for it is beautiful, dos, lies beneath him, the back she never sees, the smooth intelligent back upon which, like a table, he has gazed for so many hours.”

The pleasure of Salter’s writing is worthwhile on its own, for the same reasons all beautiful things have value. But what dignifies this beauty beyond the merely aesthetic is that it also functions as a cloak, a metaphor, the essential gestalt of his work. In his two greatest books, A Sport and a Pastime, published in 1967, and Light Years, published in 1976, Salter uses the staggering beauty of his sentences to accent a constant melancholy, one that adorns his settings, namely France and the northeast United States, and his characters, particularly the doomed couples at the heart of each novel.

I first read Salter as a college student, stumbling upon A Sport and a Pastime in the way that college students tend to stumble: haphazardly, unknowing. I was mesmerized by it. To that point, sex in writing had seemed to me bipolar, almost like politics: on one side of the aisle were the conservatives, abstaining from its mention or else describing it sedately; on the other were the liberals, the over-indulgers, treating carnality like an arms race, constantly escalating. When Philip Roth writes about sex, he yells and poses; when Henry Miller writes about sex, you can practically hear him breathing. These weren’t the only examples, but they were prominent ones, particularly in the realm of what 20-year-old boys are exposed to.

Salter was the first writer I encountered who treated sex like something human beings did. He makes an impression. But what’s mattered more to me, as I’ve aged and matured and read more writers, male and female, who can deal with the sensual as more than performance, is how Salter inhabits not only the sex his characters have but the space between the times they have sex, the connective tissue of relationships and romance. In my fear of loneliness, I hardly think I’m alone, which is comforting and also strange. What Salter seems to be saying, underneath the cover of his gorgeous language, is that this fear is not only a casualty of adulthood: it’s essential.

Because Salter’s sentences are so marvelous, it’s easy to ignore his work in larger pieces, paragraphs, chapters, novels. If you’re a writer, this can be a strategy of self-defense: when you take his writing in greater chunks, it can be overwhelming. Take this paragraph early on in Light Years:

The lights are on everywhere: a vast, illuminated house. Dead flies the size of beans lie behind the velvet curtains, the wallpaper has corner bulges, the window glass distorts. It is an aviary they live in, a honeycomb. The roofs are thick slate, the rooms are like shops. It gives off no sound, this house; in the darkness it is like a ship. Within, if one listens, there is everything: water, faint voices, the slow, measured rending of grain.

In six careful sentences, Salter unfurls more terrific metaphors than most writers manage in entire books. Salter’s men walk around dizzy, and his women barefoot. Their subtle sadness seems instructive. It shouldn’t be understood as a fortune told; because Salter’s characters are sad does not mean that you or I will be sad. Instead, I’ve taken it more as a comfort. Beauty and melancholy co-exist; they aren’t mutually exclusive. There is a wonder in how deeply these people fall, and how, like a wet brush, Salter’s sentences can render that falling with such thick and vivid color. His style is never for its own sake; many writers who could write as well as Salter does, who could write “I wander this city like a somnambulist” and then know enough to use it again 20 pages later, as his narrator descends further into fantasy, “I have become a somnambulist,” would start with this style and let the rest of the book follow.

Salter doesn’t do that. He doesn’t even live trapped within his characters. His concern is dialectical: he’s obsessed with what becomes of two humans when they form one bond. It’s there in the way A Sport and a Pastime goes from being the first-person narrative of one to the imagined love affair of two; it’s there in how Light Years tracks the dissolution of its central marriage through the pieces others take from each protagonist.

What dazzles me about Salter is the extent to which he synthesizes. His plots are so mundane they’re like postcards: there’s a romance in France, a marriage in the northeast. And yet he unpacks these situations to such length that it becomes a thrill. It takes a weird alchemy of skills to make domestic life page-turning. But what Salter understood, and what is so terrific about his work, is that beauty only becomes more beautiful when it accentuates something else. Few writers will ever let us see beneath the veil like he did. 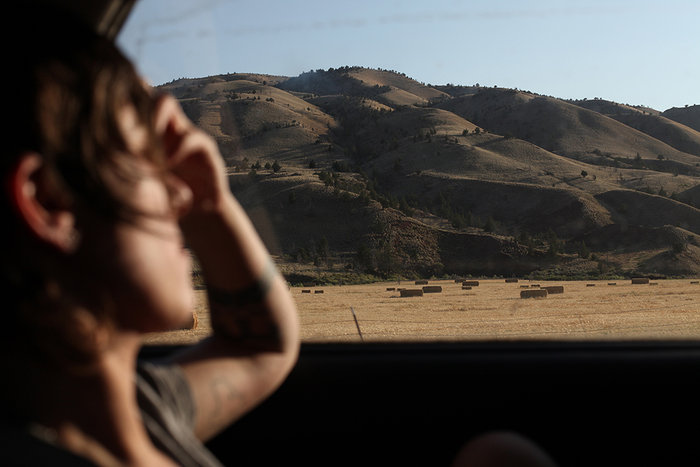 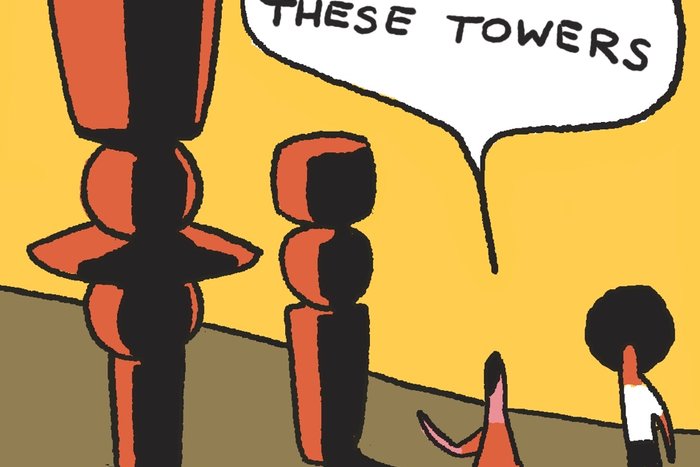 Comics
Love Story
“She doesn’t know anything yet. But we’ll teach her.”