The Almost-Villains of the Marvel Universe

Ultron is the most frightening enemy the Avengers have had to face so far, but can an ongoing franchise have a legitimately terrifying villain? 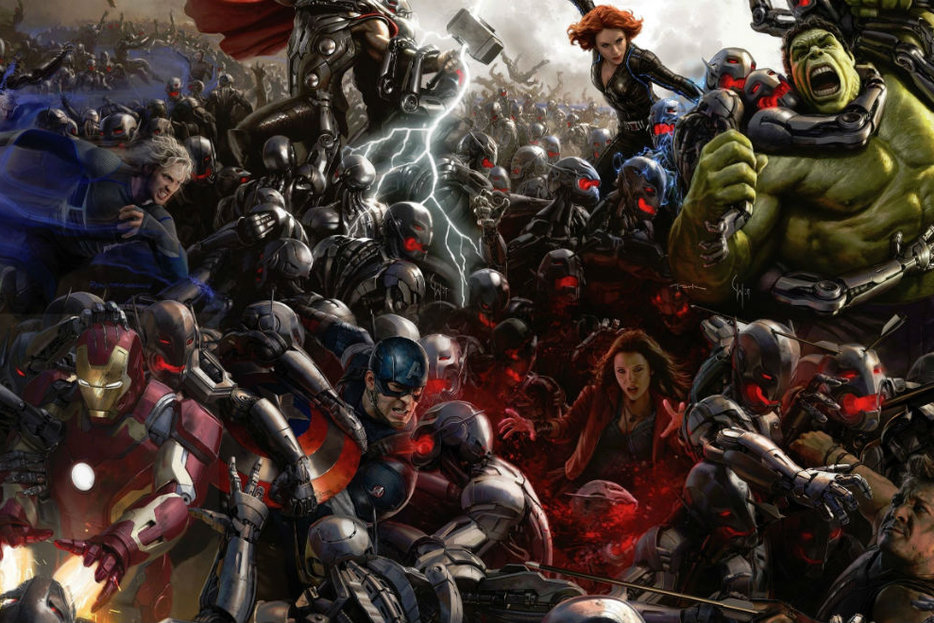 In many, many ways, Avengers: Age of Ultron is a Marvel movie. There are the Avengers themselves, of course, the top tier of Marvel’s superhero menagerie, played by actors deemed worthy of screen time in a billion-dollar film. There are the cities obliterated, the glowing balls of energy lusted after, the jokes made and the rivalries flamed. There is the filmmaking style that treats every action scene like the world’s largest and longest collage and every conversation like it was being pieced together out of separate monologues. And there’s the villain, bent on power and destruction, whom the heroes must collectively defeat before he can bring about the end of [the good guys] [human freedom] [life as we know it].

The difference between the second Avengers and the ten movies that came before it, then, is that, for the first time in the narratively ambitious network of filaments that is the Marvel Cinematic Universe, an individual story has bothered to present a legitimately terrifying villain. Or: a villain with the legitimate potential to terrify. Age of Ultron takes its themes and story to the brink of serious terror and then walks back from that brink as soon as it looks over the edge. Which leads to a question that should linger through the rest of the Marvel Cinematic Universe, now nearing the end of Phase two (of three): are these villains here to frighten us? Raise the stakes? Cause havoc and distress, the way that villains do? Or are they just narrative devices, like, you could argue, the whole of the MCU? What are these villains for?

In case you thought “Ultron” might be like, a type of battery, the Ultron of the second Avengers’ title is its villain, an AI created with the combined power of Loki’s spear (don’t ask) and a program Tony Stark (Iron Man) designed that was meant to protect the world in a way the Avengers never could. The categorical failure of the Ultron program after it comes to James Spader-voiced life is that it envisions a world of peace as one rid of humans; being a non-human creature, it sees no contradiction with that. In a gut-level repulsive way, this idea—that the only means toward a real peace would be to cleanse the Earth of what makes war—is terrifying because, like most terrifying things, it contains an uneasy kernel of truth. We dream of peace in our time, but there’s no one preventing it but us.

After seeding this idea, Age of Ultron sprints away from it. As with the MCU films that came before, the spectre of ultimate destruction hangs over the world from start to finish, but, just like the MCU films that came before, this spectre is insincere. In the real world, people die in traffic accidents every day; in the Marvel world, our heroes and villains throw cars around like they’re jacks. In the real world, a leveled building in a crowded South American city might kill hundreds, if not thousands; in the Marvel world, it’s character development.

Insofar as these movies are pursuing entertainment, none of that matters, they aren’t case studies in ethics or meditations on death: they’re blockbusters, and high-wattage, massively scaled action sequences are the language they converse in. But that disregard for human damage has a residual effect. Coupled with how, thanks to continuity and the MCU and the beaucoup bucks waiting to be made, we know that most of these heroes are not actually at risk of sustaining more than psychological trauma, it becomes hard not to wonder about the consequences of all this violence once we know that no one else in the world is, either. What is violence without consequences?

Throughout the history of blockbusters and franchises, it’s been difficult to walk this line, particularly as the stakes grew and grew and grew. If we start at one of the ur-blockbusters, Jaws, we see how one shark menacing a community could be horror incarnate and yet still thrilling: every ingredient of that film feels tangible, from the swimmers being attacked—that could be us!—to the beach being terrorized—that could be ours!—to the imperfect goofballs who go after it.

If Ultron is a shark, it’s one that can only ever smell blood. A villain this terrifying could mean Marvel has to “Go darker,” a thing Kevin Feige, the superproducer who has been shepherding the MCU along, has explicitly said Marvel will not do. This is good, because it is rarely the answer: while Christopher Nolan and Heath Ledger achieved a remarkable vision of depravity in the Joker, most superhero movies that go pitch-black have ranged from the overwrought, like The Dark Knight Rises, to the laughably bad, like Zack Snyder’s Superman calamities. Darkness doesn’t have to be all encompassing, but so far, in blockbuster cinema it has been, and that kind of monochromatic dread suffocates the life out of all but the tightest narratives.

In reality, the only tone that exists is a mixed one. We laugh and cry and get mad and get happy in furious succession. To execute a blockbuster or franchise movie in that way is almost antithetical to the assembly line that makes them, the workshopping of scripts and the many hands massaging the product into moneymaking form. It isn’t impossible, not at all, and it’s why Joss Whedon, writer and director of both Avengers so far, appeared an unassailable choice: he’s shown skill at handling that mixture before. But a varied tonal experience doesn’t mean occasional one-liners. When a movie must feature multiple action sequences as long as TV shows, and must click into place with a dozen other movies before and to come, that movie has little room for emotional range unless it can build that range into its action. And if that range would mean death, in the eyes of the powers that be, that death would have to be legislated afterward, with much soul-searching and moral chaos for what are ostensibly the good guys. There just isn’t enough time for real life amid the obligations of a nine-figure budget.

Which brings these villains back on screen, defeated at the end so that the show can go on. If a movie isn’t miserabilist, and it isn’t truly apocalyptic—the world can’t end in Avengers: Age of Ultron when Avengers: Infinity War has already been greenlit—darkness would have to be subtle. Gods are not subtle. Without being the worst culprits, the Marvel Cinematic Universe and Avengers: Age of Ultron represent a movie industry that wants all of evil’s ramifications without much of the actual evil. Without evil, there’s nothing to fear. And without fear, there’s just a plot, unfolding like a rope ladder, searching for some unseen bottom. 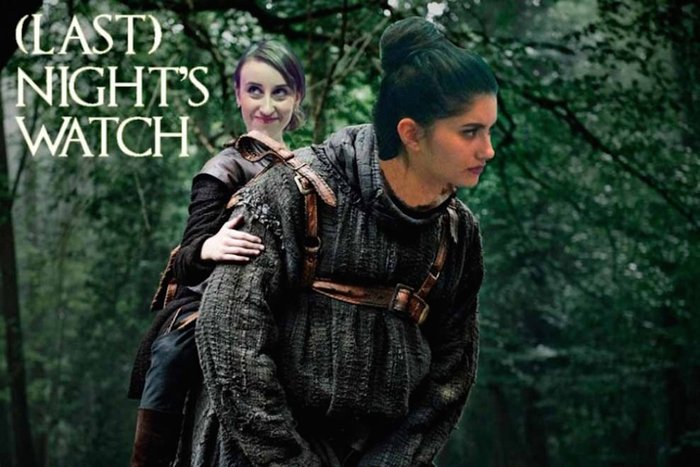 (Last) Night's Watch
Game of Thrones, Season 5, Episode 6: What Is This Show Doing?
A weekly conversation between an avid Game of Thrones fan, and someone who has actively avoided it until now. 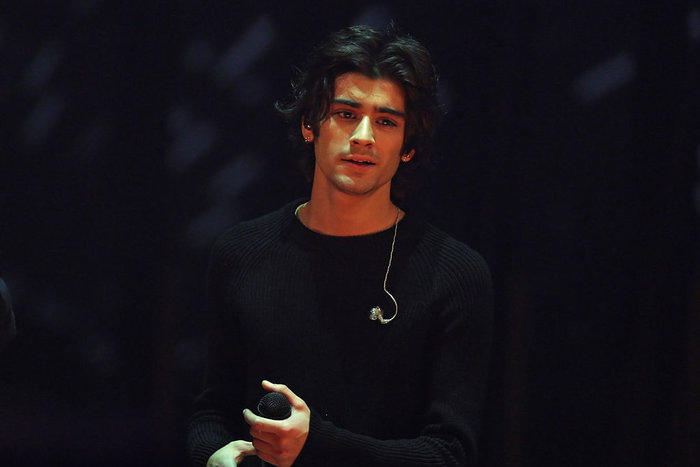 Culture
The Heartbreak Kids
A scientific exploration of teenage devastation.