The Year in Sobbing Towards Change

Why do something if you’re just going to cry about it? 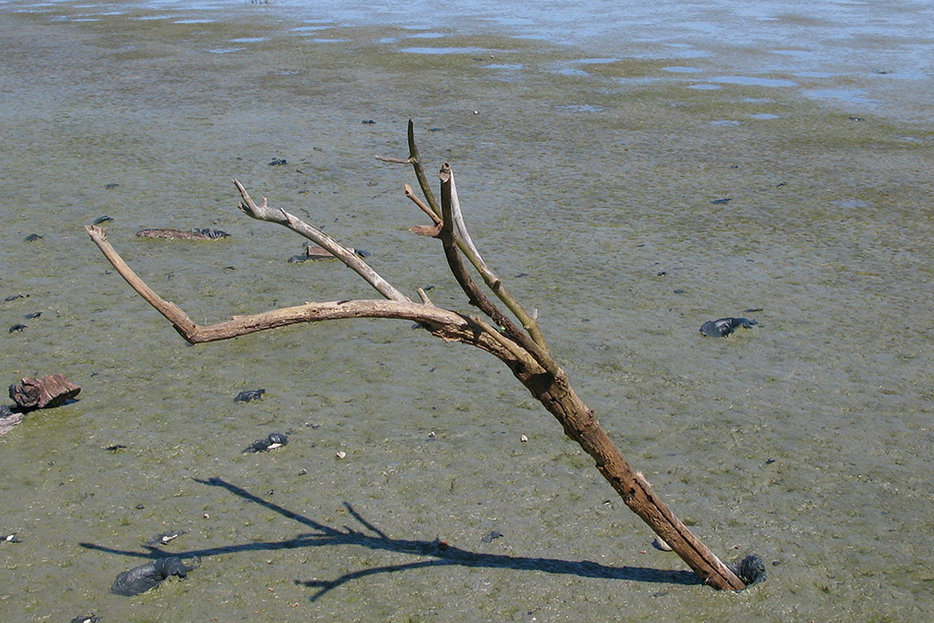 Stick in the mud courtesy of Flickr user Steve Jurvetson

Whenever a wedding takes place in older Indian movies, there’s always a tragic tone to the whole affair. The bride is escorted to the groom, decked out in a 10-pound dress, lined lids, and enough gold to match the GDP of a small nation. After the wedding, when her parents formally give her away to her husband’s family, there’s always so much crying, so must desperate hugging, so much agony. By the age of 10, I started to think this is just what a woman does when she gets married: she weeps because this weird guy who she barely knows is taking her away from everything she knows. While watching one of these scenes with my mom, I asked her if she was this upset when she married my dad (they were arranged and didn’t seem to know each other all that well). She said yes, somewhat, but mostly because customs at the time demanded that she live with his family. We watched the rest of the movie in silence, the bride eventually coming around to her new husband. But it’s never made much sense to me: Why do something if you’re just going to cry about it the whole time?

I don’t like change and I don’t like making big decisions and I don’t like disrupting my habit of coasting on what is acceptable and easy, but ultimately stagnant. My stupid boyfriend, however—who I have been calling Hamhock for a few years, thanks to his meaty forearms and hearty calves and pork-like bottom—pushes for improvement. He likes to make things better. He likes progress. He likes moving forward.

He wanted to move in.

My parents are deeply conservative when it comes to dating, specifically, allowing your genitals to rest under sheets next to other genitals, so any cohabitation pre-marriage is verboten. I had been using their disapproval as a way to delay a change that made me anxious: moving in together suggested a kind of commitment I didn’t know I was ready for. They’ll disown me, I told him, they’ll throw themselves onto train tracks, they’ll eat poison, they’ll fly here and drown my cat.

But Hamhock and I had been together for nearly four years. Commuting from my place to his was becoming tired, we liked having dinner together more than once or twice a week, and his advanced age compared to mine meant he would be dead soon, so why not make him happy while he’s still alive?

He swore that there were perks to cohabitation. We could get a bigger place. He’d buy me a vanity for my makeup. He cooks. My cat could come. He loves me. He said it for weeks until I conceded, but in the back of my brain, the concern still lived: what if moving in breaks us up instead of keeping us together?

Before Hamhock and I decided to find a place, I lived with my good friend Barbo, a yoga-doing nightclub-attending glitter-wearing photographer who is the total antithesis of my entire existence. (She keeps fancy salt in her purse for when she goes out for meals. Fancy salt.) She was the first woman I met when I moved to Toronto at 17, a verifiable adult who took the subway every day and knew how to cook and drove me fucking insane from the minute I shook her hand. We’d fight constantly over her dog or my cat or how she left her jackets everywhere or the fact that I didn’t think about cleaning behind the toilet or some other bullshit that you largely forget about the week after because you still need to cohabitate.

I’d rather figure out the truth now than in another few years, when I’m even more comfortable and even more afraid.

But beyond that, she’s one of my closest friends, who once crawled into my bed at 3 a.m. during a thunderstorm because she was afraid (to be clear, she is five years older than me) or who would peek her head into my bedroom and say, “I’ve’a question,” and then plop down in my desk chair and recount a very bad date and all her terrible instincts. Barbo comforted me the first 15 times I thought Hamhock and I were going to break up. She brushed my hair when I came home from crummy jobs, dejected. Once when I was sick and I asked her to heat up a can of mushroom soup for me, she sautéed fresh mushrooms and added a dollop of sour cream and toasted some bread for croutons. Barbo made you feel loved, every second, even when she was mad about the fact that you laughed at her when she told you she spent $107 on cheese that month. She’s the closest I’ve gotten to knowing an actual socialite, except one with a job, meaning she’s popular and busy. It wasn’t guaranteed that I’d fit into her life once I wasn’t in her home. I’ve seen how much time she spends nurturing her scented candles, would she have that kind of time for me?

For the first six months after we moved in, Hamhock and I fought constantly. He got upset if I left a mug in the sink (“Put it in the dishwasher!” he would say, to which I would helpfully reply, “THIS IS WHY YOUR PARENTS GOT A DIVORCE!”) and I’d be driven insane by the fact that he was in my fucking bed every single night. Don’t you have somewhere to be? I thought you had a life! When I came home from shopping and would show Hamhock what I bought, he’d nod and say, “Yeah, nice.” What I wanted was Barbo’s usual reaction: “OH I HAVE A BELT THAT WOULD GO WITH THAT, WE CAN WEAR IT TO THAT BEYONCE DANCE NIGHT THAT’S…” and then I’d roll my eyes so hard that I wouldn’t hear the rest of her machinations.

Then, a few months after Hamhock and I combined our book collection in our wall-to-wall bookshelf in the basement (HIS BOOKS ARE ALL GARBAGE, BY THE WAY, WHY DOES HE HAVE THREE COPIES OF HITCH-22???), there was another disruption. After two and a half years, I left this very magazine, the second-longest relationship I’ve ever had after Hamhock himself.

Hazlitt hired me when I was 22, a year out of school and in a deep depression during which, at one point, I didn’t change out of a pair of penguin pajamas for three days straight. I had been freelancing for nearly a year after a spate of journalism internships where I was either writing wire copy or, in one case, was told that “women like [me]” are the reason young females can’t advance in the industry. Hazlitt called midday to offer me the job while I was wearing those fucking penguin pants, and I ran down the hall of my apartment—the one I shared with Barbo—because finally a good thing was happening, and I knew this was going to be a good thing. I took off my pants and took a shower.

Hazlitt was just a job, fine, but it pulled me into a life that I actually liked. Because it’s tied to a publishing house, I got to learn about an industry I never understood, I got to work around (or, at the very least, spill coffee on) some of the most impressive editors in the country, and my coworkers were a charming collection of weirdos whose kindness was only matched by their smarts.

But it also employed most of my friends, or people who very quickly became my friends, so it was a good place to fail, constantly, dramatically. I’d squeeze out work that never felt quite right and then go to our editor, Jordan “Gabbo” Ginsberg, with it, whining, “Haaaaalp.” He would, and it would never come with judgment. He would add tweaks and a line or two of his own that would inevitably be the best thing in the whole piece. Work held me up, every day, to be better than I felt capable of being on my own. Which is why I had to leave.

I had to disprove the theory that I would not be very smart if I wasn’t working with a group of people who, and within a system that, supported me so thoroughly. But what if after I left, I was bad? What if my best was only thanks to troops who were protecting me from what I lacked?

Well, if I was, I’d rather figure out the truth now than in another few years, when I’m even more comfortable and even more afraid.

My life looks nothing like it used to last winter. Hamhock leaves pasta in the fridge for me when I get home late from my new job at BuzzFeed Canada, instead of my old routine of licking the inside of a Nutella jar until I felt sick after a long day at Hazlitt. My cat rarely asks me for anything because there’s someone else in our house more nurturing and gentle to make sure she is fed and loved. Barbo came over for Thanksgiving and we got very drunk and I rested my head on her lap, like I used to. I go to work and I am still reassured that I am not a total fraud by new people who, nearly daily, tell me, “You are not as bad as your brain wants you to think.”

Because eventually, you stop crying, and then you get better. 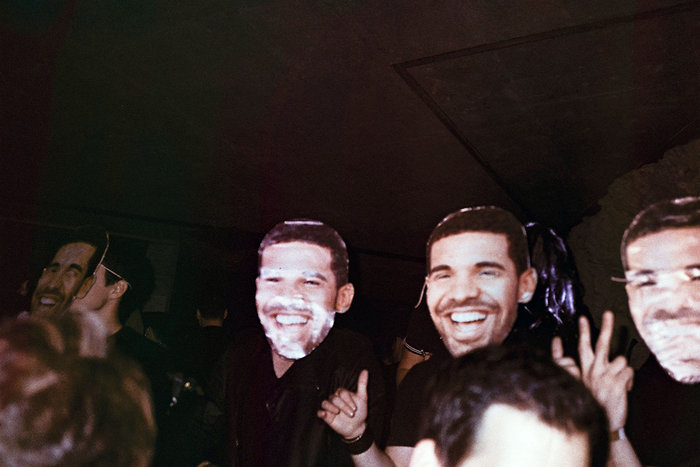 2015 in Review
The Year in Taking Credit Away from Drake
Credit has always been a nebulous idea in the world of hip-hop. 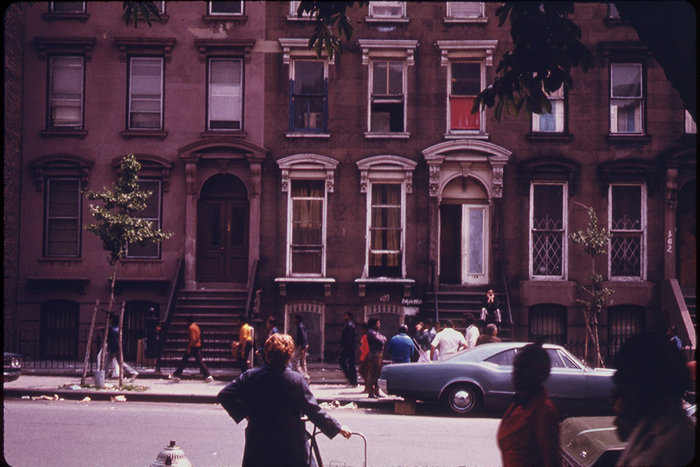 2015 in Review
The Year in Literature of Urban Disquiet
Cities change, and the way that writers write about them changes as well. A place’s past can act as a kind of…

‘No Villains, Only Messes’: An Interview with Lee Lai
Alyssa Favreau
The Year Inside and Out
Naomi Skwarna