The Year in My Friend, Rachel, Who Is Dying

We’re all dying of slow damage, if nothing else, but she’s dying of things we’re not. 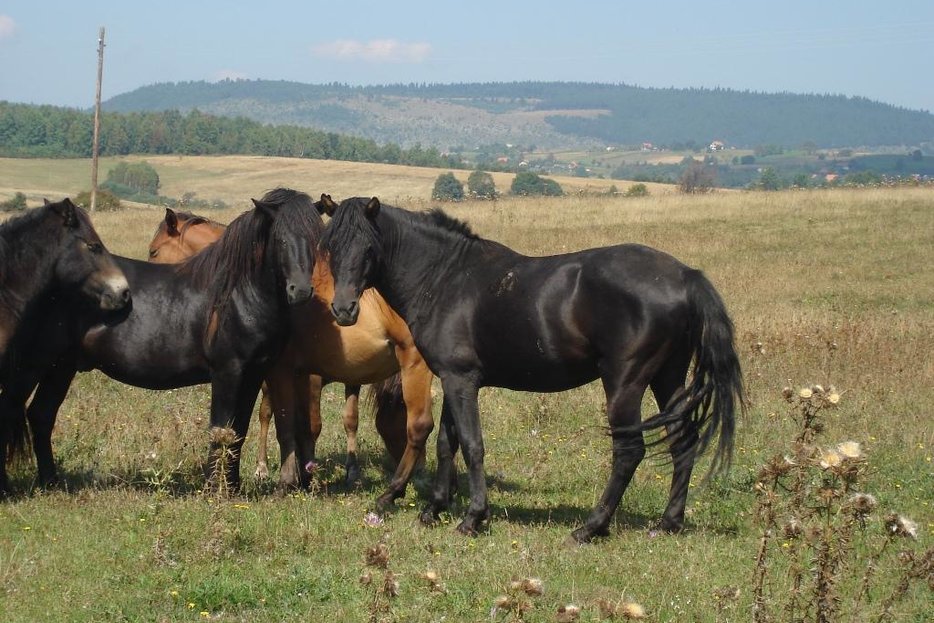 Image by Orjen via Wikimedia

Rachel found $300 wilting in the rain beneath her feet one night last summer. First, she took the money to the spa. Then, because she wanted to believe in God, she took the rest of the cash to a Catholic psychic. Rachel sat, beautifully moisturized, before a turbaned woman who told her she could be well again.

Rachel hadn’t heard this from anyone before. Starting at sixteen, she was tired all the time. She got dizzy easy. Her joints seemed too flexible; her kneecaps felt funny beneath the skin. She experienced clusters of symptoms that confounded the few doctors she saw, which convinced them she wasn’t actually sick at all. Finally, as she was beginning her university education, one doctor gave her something to believe in—a diagnosis of chronic fatigue syndrome. That diagnosis came with prescription stimulants—which was fun when we met, because I was on prescription stimulants too.

We first talked in Buddhism class, because we had the same shoes. We stayed up all night at the library, revved up on ADD meds that fuelled our stupid, high-velocity opinions of the Heart Sutra. When she stopped texting me back after the first time we made out, I assumed it was because I was boring. It was that, partly, but she was also embarrassed about how she was getting sicker all the time. She suffered a year-long migraine. She craved soda constantly but couldn’t keep food down when it was warm outside.

You wouldn’t have suspected she was sick. This was the peak of her modelling career, so you might recognize her face. She has high, flat cheekbones. She looks happy in an ad she did for WIND Mobile, splayed out on a mattress with a cluster of other pretty people on phones. She enjoyed that job because she was lying down the whole time—her joints were constantly painful, which was making modelling increasingly unpleasant.

She was unsatisfied by her diagnosis of chronic fatigue. “It’s a bullshit syndrome of nothing,” she told me. It didn’t capture her strange fragility. Her heart felt like it was trying too hard. She couldn’t stand up very well sometimes. So she sought further medical advice. It turns out that most people who have what Rachel has are misdiagnosed at first, because her disease presents complexly, in all different reaches of the physique. It’s called Ehlers-Danlos syndrome—a complex chronic illness that breaks down your collagen: your body’s glue. It’s like if you were a train suffering from sagging steel.

We’re all dying of slow damage, if nothing else. When you die of old age, it’s hard to say exactly what you died of. Everything gradually goes offline. Rachel is the same, but she’s dying of things we’re not. Some of her blood vessels are flimsier than they should be. Her organs are incompetent. “My uterus is not a fun place,” she says. She’s not saving for retirement.

Rachel went to the Catholic psychic, who told her she could be well again if she beseeched God to realign her chakras. Rachel was open to this idea until the psychic asked for another thousand dollars. So ended Rachel’s brief flirtation with religion.

By eliminating God we’ve done a bunch of good things but we’ve also made Rachel’s life more complex. She’s not living for the hereafter. What she’s living for, or through, is the body she’s fighting with. Meanwhile, her doctor has started giving her ketamine, a fun sedative with psychedelic properties that was famously used on horses.

Horses have painful lives, so I hope horses have the kind of fun that humans do on ketamine. Horses: we should be grateful for what they’ve done for us. Horses are why we speak the English language. English evolved from an ancient tongue—linguists who do not have a flair for naming languages call it Proto-Indo-European—which spread in every direction from the semi-desert north of the Black Sea, when people there figured out how horses could be tamed enough to be vehicles. We thanked horses for giving us the English language by revering them in popular culture while racing them to pieces.

So I hope their descendants are having the kind of fun Rachel has—the first time she snorted ketamine she thought her pillow was a pelican. She embraced it all night. She takes ketamine in lollipop form now, which is also how we give it to children. Ketamine is an extremely effective analgesic for children with chronic pain. However, ataxia—loss of motor control—is a side effect that, in children, requires management. You make the children happy with the ketamine lollipops, then they fall down.

The lollipops have the opposite effect on Rachel—low blood pressure makes her faint, frequently, but ketamine also pressurizes—so, on ketamine, she can walk, which she can’t, otherwise, for very long. The only problem is, she builds up a tolerance, so she has to take breaks from her miracle drug—also, if you do too much, your bladder becomes a shrunken, scarred mess.

In 2015, Rachel is most excited that there might be something wrong with the back of her head.

Ketamine is just one part of Rachel’s complex pain management process. She also gets Botox shots to the face, which selectively paralyze her head muscles so her bones don’t rub the wrong way.  She can’t wiggle her eyebrows the way she used to. She also can’t frown much. This is why Botox is being tested as an anti-depressant. When you frown, the amygdala—the part of your brain that gives you fear, and also racism—lights up. Stop the frowning, stop the sadness. It works. Growing clinical data is promising.

Rachel smiles a lot. She’s a survivor. She giggles when confessing she might die before fifty. She laughs about how she’s becoming a YouTube star—she’s been signed as Internet talent by a media company. She can’t drink, but weed is an option. She loved being on stimulants, like I did, but they made her heart palpitate dangerously, so she’s off them now. Plus, they suppress her appetite. Which is why Vyvanse, the latest, most advanced stimulant, is now being prescribed for binge eating disorder. It suppresses your appetite, while also focusing your cognition, the cognition that might help you postpone ice cream’s gratification. I can personally attest to the fact that Vyvanse focuses your cognition all over the place.

First, humans domesticated the horse. Then, we invented analgesia for the horses while we got rid of God—eliminating pain while also eliminating pain’s previously greatest meaning. This made a lonely universe. We partially solved loneliness by inventing smartphones, but this also created our now endless distraction—which, fortunately, can be treated with Vyvanse. We partially solved hunger by extruding mountains of cheap food, but this also created our obesity—which, fortunately, can be treated with Vyvanse.

Rachel loves cheap food. She lives for poutine. “If I become a tubie I’m fucked,” she said. She has generous natural charm—hundreds of people watch her eat pizza on the Internet.

In 2015, Rachel is most excited that there might be something wrong with the back of her head. She told me she might have a Chiari malformation, which is when the bony space beside the spine is too small, so the brain crumples as it grows there. If she does, that means it’s responsible for a lot of her misery. Consequently, her life could be improved dramatically with the simple removal of a small part of the bottom of her skull.

It’s risky. Also, she’s been through flocks of medical interventions before—none of them particularly successful. Now, what she mainly enjoys at the hospital is seeing her psychoanalyst, who Rachel likes very much but considers useless. “I get a lot of rumination done on my own,” she says. “I’m good on that one.”

But Rachel is hopeful about this latest surgery. After all, surgery put her brother’s leg back on after a truck took it off for a while. So, think of Rachel on New Years’ Eve. Something wonderful could be coming. 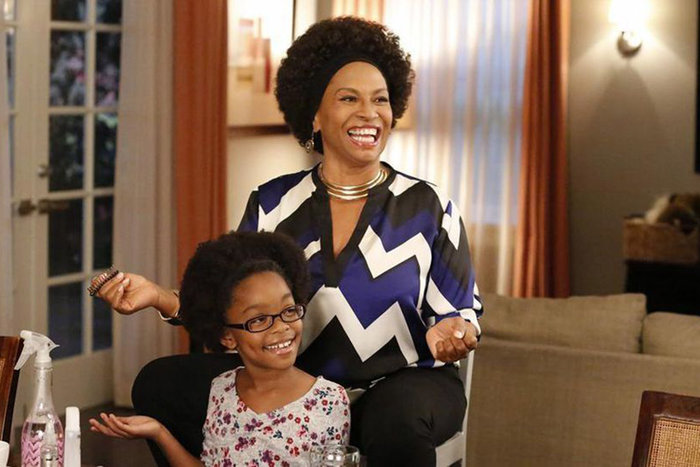 2015 in Review
The Year in Natural Hair
This year, I watched women on television—and black women in my own life—embrace, document and celebrate their natural… 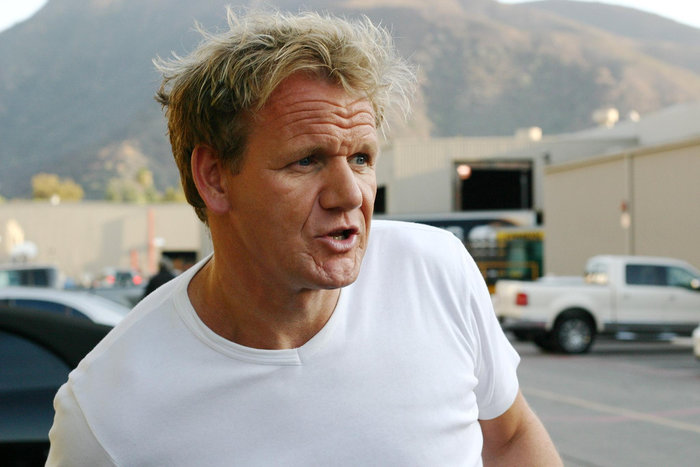 2015 in Review
The Year in Kitchen Nightmares
Contempt for reality television is less a specific response than a herd sentiment. And yet, after so many hours under…