The Year in the Endless Present

For me, it starts with Solaris. Not the Stanislaw Lem novel or the original Andrei Tarkovsky adaptation, but instead Steven Soderbergh’s 2002 version. All are about a man, a psychologist, who is sent to a distant planet to investigate its living sea and the strange apparitions that are appearing on the space station above it. What’s curious about it, aesthetically, is that despite its futuristic setting—one assumes it would need to be set at least a century into the future—the characters’ mannerisms and attire are deeply contemporary. Soderbergh once said that, when it comes to science fiction, he is “not really interested in technology or gadgets.” And so the future Earth from which his film’s protagonist departs looks an awful lot like the early 21st century, even though the preferred style of a resident of Earth 100 years from now would presumably have about as much in common with the present day as someone from 1916 would. In other words, not a shockingly departure, but still enough to be disorienting.

I’m thinking of Solaris because of this idea of a perpetual present it evokes—a future where progress only happens in certain areas of life. It makes sense, in humanistic science fiction, to keep the dissonance of the future at a minimum, to effectively make 2026 or 2056 or 2116 be more than a little familiar to audiences in 2016. That was the case with Christopher Nolan’s film Interstellar, another tale of someone taken from Earth that juxtaposed heady science fictional concepts with a case study of the human heart. We saw it, also, with Michel Faber’s novel The Book of Strange New Things (of which a television adaptation is in the works), in which a missionary leaves a near-future Earth to debate Christian theology with aliens on a distant world.

It abounds on television now as well. Consider how most episodes of Black Mirror seem to be set in a largely recognizable present day with one critical piece of technology upgraded. Similarly familiar was the HBO series Westworld, in which artificial humans are created to entertain actual humans in an Old West-themed park under constant surveillance from the company maintaining it. The scenes set among the staff monitoring and maintaining the park feature more-or-less contemporary clothing and technology that looks reasonably current as well—wool cardigans and tablets are abound—a far cry from the all-encompassing screens and monitors of Minority Report or The Hunger Games that signify a fundamentally different mode of interaction with information.

The character indulging in his worst impulses? He’s not wearing a future shirt or space pants; he looks just like someone you know—he might even look a lot like you.

There are a number of explanations for this effect that have nothing to do with aesthetics. From a pragmatic perspective, it’s easier (and cheaper) to costume actors in contemporary attire rather than to design and fabricate the fashions of the future, which might not survive the test of time. And again, stage dressing can be distracting: you want your audience to think about the big ideas with which the work is grappling, rather than whether someone’s hemline, necktie, or footwear looks appropriately futuristic. But for me, it’s hard to shake the notion that the accelerating pace of this defuturing of the future suggests something larger: not that the future is now, but that the future may never get past now.

Consider the approach Hanya Yanagihara took in her acclaimed novel A Little Life. The book follows a quartet of friends from their days in college on through the ensuing decades, and charts their artistic and professional successes along with the shifts in their interpersonal dynamics and a handful of wrenching scenes confronting the legacies of sustained emotional and sexual abuse. Jon Michaud’s review of it for The New Yorker calls to mind a stylistic wrinkle:

“There are also curious absences in the text. Yanagihara scrubs her prose of references to significant historical events. The September 11th attacks are never mentioned, nor are the names of the Mayor, the President, or any recognizable cultural figures who might peg the narrative to a particular year. The effect of this is to place the novel in an eternal present day, in which the characters’ emotional lives are foregrounded and the political and cultural Zeitgeist is rendered into vague scenery.”

It’s a bold aesthetic choice, though it’s also a somewhat jarring one when taken in tandem with the book’s commitment to emotional realism—notably (mild spoilers ahead) that one of the subplots involves how the public will react to an acclaimed and successful cinematic actor revealing he’s in a relationship with another man. In other words: even though that point of the narrative might be technically set a few decades from now (or not), some of the same social questions about sexuality still endure in this future.

This perennial now can be disorienting, though not in a way that detracted from the novel overall—rather, it’s a point by which the book is stylized, and one that’s handled consistently throughout. There are echoes of this approach in Mohsin Hamid’s recent novel How to Get Filthy Rich in Rising Asia. It, too, spans multiple decades, and begins sometime around the present day, or at least in the very recent past. An early plotline delivers one of the few technological benchmarks that the novel supplies: specifically, the delivery of DVDs on the streets of an unnamed city.

In Hamid’s novel, the author leaves an abundance of aspects vague: the main character is referred to only as “you,” for one thing. And, like the timeframe, the novel’s specific location (city and country) remain vague, evocative of many places but never formally named. This narrows the focus on questions of power and ambition, but—again—the constancy of the timeframe makes for an interesting contextual counterpoint. Given the decades that pass since the protagonist is delivering DVDs, parts of the novel must exist in our own future. Yet technology and the media remain the same, even as the characters age and advance slowly towards the grave.

These cases of what Michaud calls the “eternal present” are used to distinctly different ends, to be sure. But this seemed to be the year when they reached a kind of critical mass, when they could no longer appear as isolated incidents, but instead as signs of an aesthetic choice that more and more artists have reached. In one way, it’s a means of using a restrained version of the future to tell a reader or a viewer something about the present day. In removing specific dates from A Little Life, Yanagihara removes distraction from the novel’s emotional heart and the often wrenching situations in which her characters find themselves. In keeping the technology and attire in Westworld relatively modern, the show’s indictment of (predominantly) straight white male power fantasies can’t be kept at a remove. The character indulging in his worst impulses? He’s not wearing a future shirt or space pants; he looks just like someone you know—he might even look a lot like you. The same is true for much of Black Mirror—the technology in many of its episodes might be a decade or many decades away, but the fears, flaws, and attitudes that prompt conflict feel very much of the moment.

There’s also something in these disparate works that pulls back the idea of the future as a utopian state. Dystopias and futuristic scenarios of collapse continue, however; consider the conclusion of David Mitchell’s The Bone Clocks, a novel that tells the story of one woman’s life through a series of jumps in time. The final section is set a few decades from now, in an Ireland at a time when civilization has effectively broken down due to environmental devastation, governmental implosion, and the flaws of today wreaking havoc on the people of tomorrow. In this future, militias roam the land, violence is prevalent, and medical supplies exist in in a state of horrifying scarcity. It’s an absolutely plausible near future, and it’s the aspect of the book (which I enjoyed in its entirety) that has by far lingered the most.

In a recent interview with The New Yorker, Mohsin Hamid noted, “Part of the great political crisis we face in the world today is a failure to imagine plausible desirable futures.” This endless now, then, seems symptomatic of something greater. How long will it endure in culture? Perhaps the only thing more disconcerting would be a book in which the passage of time takes on an even bolder wrinkle: as its characters grow older, they find the society around them regressing, accumulating grim aspects that progress had sloughed off years before: more retrograde perspectives on race, gender, and sexuality; a reduction in technology; an increase in the distance between us all. Perhaps that scenario, like something from Borges or Dick, is what the real 2016 had in store for us all along. We can only be mindful of the time, and hope to keep the clocks moving forward, looking towards some better future. 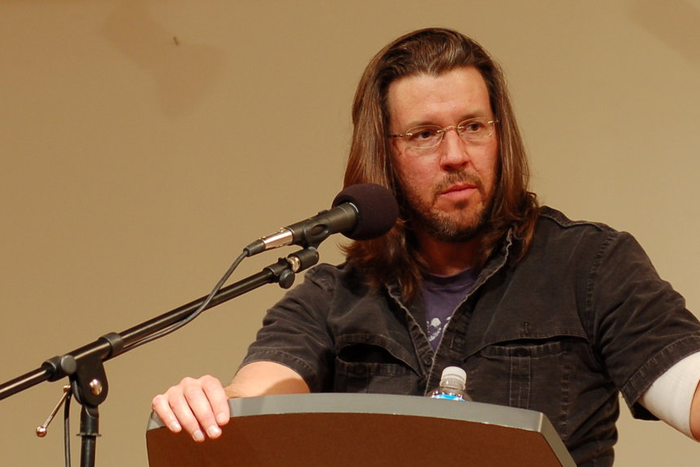 Books
The David Foster Wallace Disease
It’s funny, knowing that, if I were living in one of my favourite minds, I might want to turn it off. 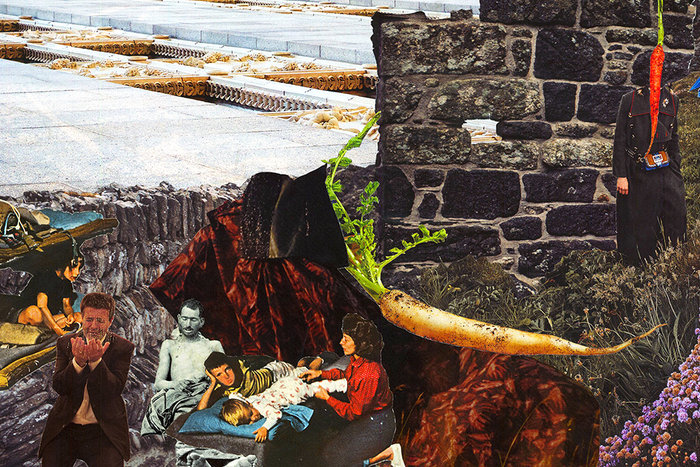 Mouthful
Where to Begin
Whatever happens over the next four years, remember that you didn’t bring this abuse upon yourself. You don’t deserve…