When the Love Story Was Relevant

Rivka Galchen’s American Innovations tells of moral people stuck in an amoral world. What did America look like before? For answers, you might consult Charles Portis’s Norwood. 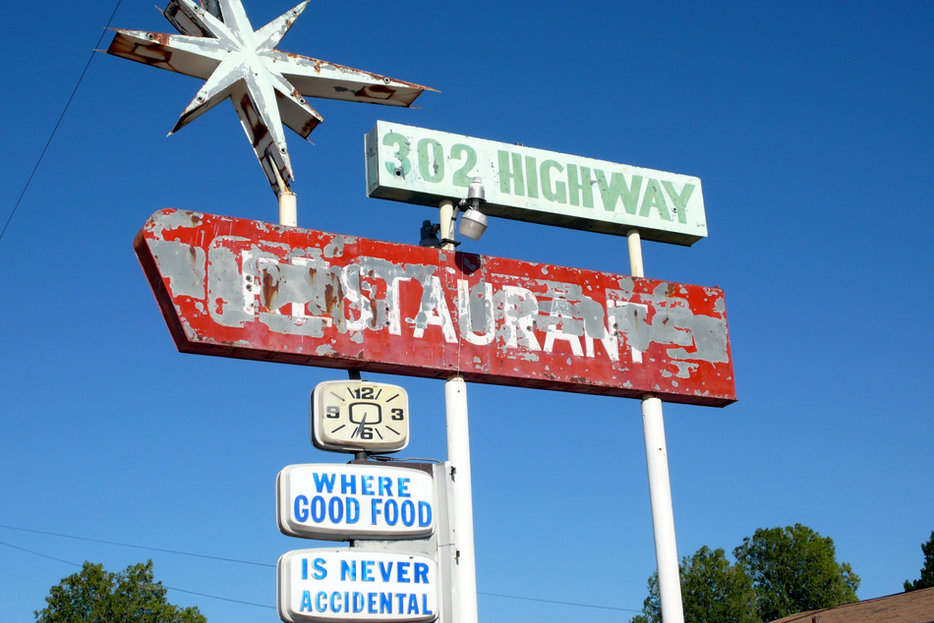 Watching the reality show Pawn Stars is an exercise in reverse empathy: the point is, some minimum-wage inventory control specialist from Target shows up with a carving that his grandmother used to prop open her kitchen window that turns out to be worth a fortune because Degas made it. We’re meant to identify with the possibility of instant, economic transcendence: goodbye Target! But more to the point, if the carving turns out to have been made by the grandmother’s brother who did time for e-mail fraud, and is a worthless piece of junk, that’s even better.

It takes a strong stomach to tease out why this is the case. We’re not cruel people. And yet the misfortunes of others makes for good entertainment, within reason. In the short story “The Late Novels of Gene Hackman” by Rivka Galchen, from her new collection called American Innovations, we meet a woman known only as J, a mid-list author invited to speak at a conference in Key West. She’s told she can bring a “plus one,” so J travels to Florida with her stepmother, a Burmese woman known only as Q. J’s speech at the conference is a flop, and Q does what she can to console her:

“‘Sometimes failing is what’s needed. I think it can put people in a good mood, to see someone fail. Let people entertain themselves. I think that’s one of the reasons people are so lonely in this country. Because they always have to rush out and have someone else in the room entertain them. It’s terrible, the loneliness here. People live in coffins.’”

This happens a lot in a Galchen story: people trying to say the right thing who wind up saying the wrong thing by accidentally telling the truth. In modern American, failure is fun, as long as it happens to someone else. That’s why Americans have such a hard time making friends. But there’s a deeper truth here too, beyond Q’s clumsy amalgam of self-help rhetoric and folk wisdom: in modern America, the failure of some is absolutely necessary for the success of others. As Thomas Piketty goes to great pains and 655 pages of text (including footnotes and graphs) to point out in his book Capital: capitalism thrives on inequality, on the failure of many for the benefit of very few. Where do you think the 1 per cent’s money comes from? But we’re expected to pretend it isn’t the case.

In modern American, failure is fun, as long as it happens to someone else. That’s why Americans have such a hard time making friends.

C.S. Lewis says that people can be good, but are too distracted or afraid to do so. Galchen’s stories are interested in people who live in a time where that fear and distraction is not only tolerated but institutionally sanctioned (as is Piketty’s book for that matter), and who want to be good but forget how. The stories are funny and sad and familiar. “Not that I was so great before,” says the narrator of another one, “but I had been comfortable with myself, and I had finally escaped an old feeling that I was a failed version of someone—it doesn’t really matter who—else. I knew I was still fundamentally my old reliably me-like version of me. And yet I felt as if the real me were out there somewhere, waiting for my return.” Galchen’s America is troubled and confounding, just like the real one.

There used to be another America and it, too, can be sourced through fiction. In 1966 Charles Portis wrote Norwood, his first novel, although not his most successful—that would be True Grit, which was made into a movie that won a Best Actor Oscar for John Wayne and was later re-made by the Coen brothers. But Norwood is better, funny and sad but not so familiar, unless you remember America before failure was a necessary value.

Norwood Pratt, a marine veteran of Korea, is released from service with a hardship discharge so he can go home to Texas and take care of his sister Vernell after the death of their father. Soon enough he is taking care of Vernell and her new husband, Bill Bird, who mostly walks around the house shirtless, in a pair of Veteran’s Administration-issued drawstring pants and tan dress shoes, and complains about money. Norwood decides to move on, takes a job driving a stolen car for Grady Fring the Kredit King, which lands him in New York, where he meets a young woman on the Trailway bus back to Texas. Her name is Rita Lee. She sits in the seat in front of him, next to a woman with blue hair.

“They hit it off fine, the girl Rita Lee and the woman, and began at once to exchange confidences. The woman was a dental assistant from Richmond with a twenty-year pin who had been to Washington to see how laws were made… Her husband had disappeared two years before and was subsequently found working as an able seaman on a sulfur boat, through a rude postcard he had foolishly sent her from Algiers, Louisiana. He was now back home, but living in the garage and drinking.”

Her husband had disappeared two years before and was subsequently found working as an able seaman on a sulfur boat, through a rude postcard he had foolishly sent her from Algiers, Louisiana. He was now back home, but living in the garage and drinking.

As with Galchen we are party to the vivid details of ordinary lives, but without the anxiety: Rita Lee’s goal in life is “to live in a trailer and play records all night,” not out of desperation or surrender, but because it’s what she wants. Portis’ America is not one of numbing commerce but of biscuit and Br’er Rabbit Syrup sandwiches and girls who pour salt peanuts in their Pepsi to make it fizz: it toes the border of sentimentality, but then turns in favour of the comic Southern Gothic, like Flannery O’Connor without the Christianity and gunplay. Portis’ characters are not bothered by living at the whim of circumstance: it’s 1966! Depression and social ennui haven’t been invented yet! Troubled and confounding America is still decades away and Norwood’s dream is simple: not so much success as achievable non-failure, no big deal. There’s no backstabbing, or vicarious thrill in seeing someone else stumble. It’s a story of communal trial-and-error where people manage to get along without destroying each other. What’s missing is the obsession with getting ahead at another’s expense.

On the Trailway, Norwood moves seats next to Rita Lee, and in short course they talk about getting married. When they arrive in Texas he calls his best friend with the news: “I think she’s decided I’m as good as she’s going to do.” Norwood is perhaps the most unpretentious, matter-of-fact love story ever written. If it were written now it would be nonsense. Modern characters, to be believable, have to be troubled by their lack of success and slippery identities, because that’s how it is: Norwood would have to feel that the real him was out there somewhere, waiting for his return, and he would never have clapped an eye on Rita Lee. He’d be less obsessed with meeting the girls of his dreams than with climbing an economic ladder, stepping on heads on the way up.

Both Galchen and Portis are sharp diagnosticians of their times, but something happened in America between Norwood and American Innovations. The clues are in Piketty’s book: the American dream turned from modest and achievable to mythic and destructive. Fiction writers are always the canaries in the coal mine on these matters. Norwood and American Innovations together, with Capital as a 655-page palate cleanser, make for a sturdy study of that strange country, then and now. 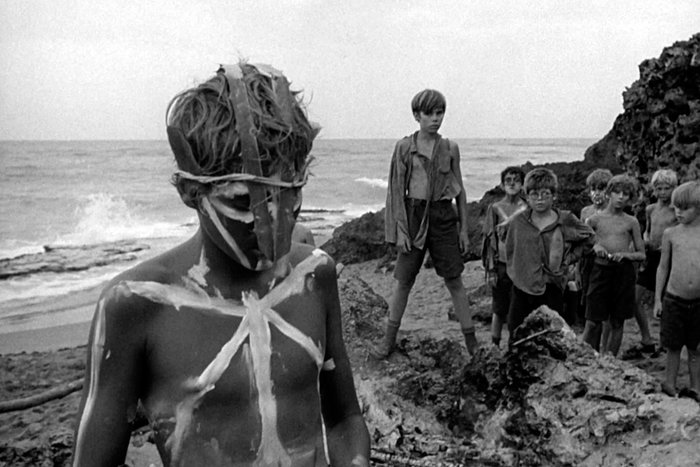 Society
Legal Pot and the Rise of the Well-Adjusted Teen 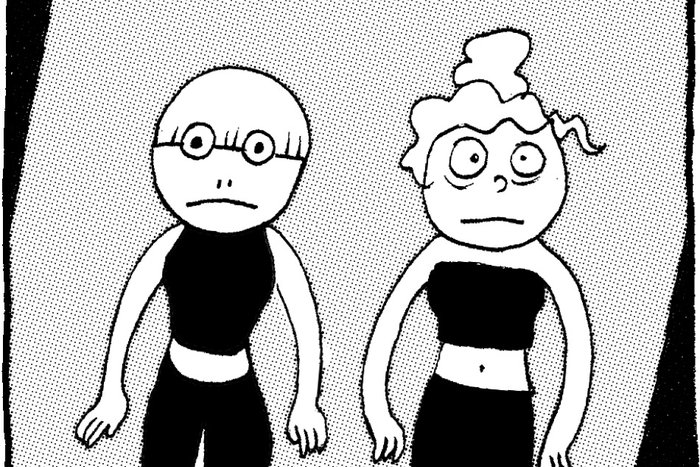