Following allegations of abuse, we often have conversations about “separating art from the artist.” But what if said art helped you through your own assault? 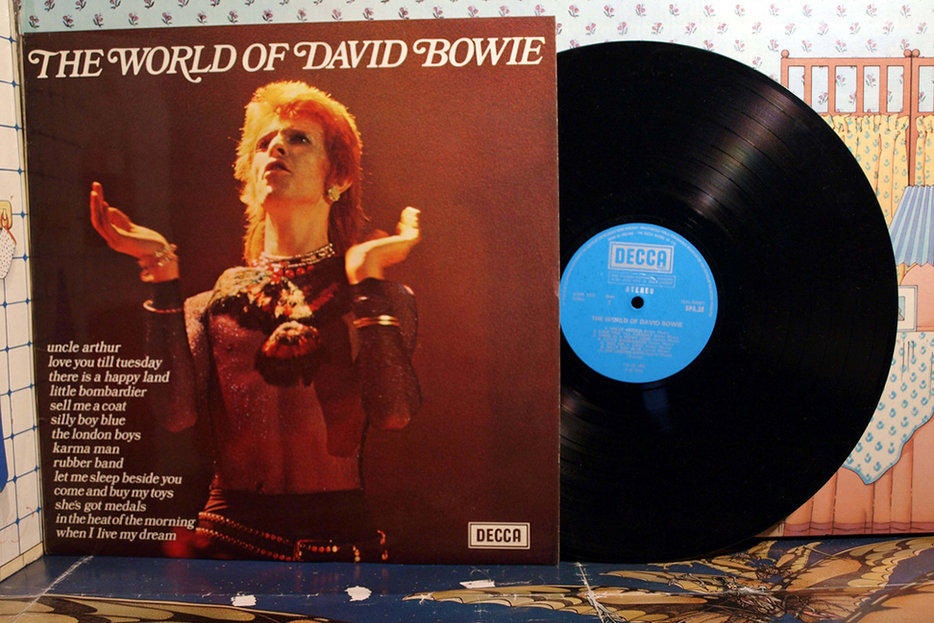 When I was a kid in the eighties, Thursday nights were all about my dad and me. My stay-at-home mom got her much needed night out with the girls via a local five pin bowling league, and in exchange I got the rare treat of quality time with him. My father did grueling shift work during those years, so the evening became a sacred tradition that I looked forward to throughout the week. On the floor of our suburban rec room, we would peel and eat oranges and watch The Littlest Hobo at 7:30 PM, The Cosby Show at 8:00 PM and, if I was good, I could stay up and finish the night with a grown up episode of Doctor Who.

For whatever reason, The Cosby Show was the real highlight of this memory for me. I loved watching the comedic goings-on of the Huxtable family in their brownstone in Brooklyn Heights, laughed at the smart woman/silly man dynamic between Clair and Cliff, and of course wanted to grow up to be as cool and poised as their fashionable daughter Denise.

Three decades later, when it was revealed that the funny man in a brightly coloured sweater was actually a monster, I had to renegotiate my memories around those nights my dad and I spent together. At the time I formed them I was a just child, unaware of what men were capable of doing to women, and only focused on the quality time I got to spend with my father. In the face of startling new knowledge, and for better or worse, I furiously compartmentalized, refusing to let Cosby’s crimes mar a positive influence that weekly event had on me.

It’s a similar impulse to the one I had this week when, within the same hour, I learned both of David Bowie’s death, and his past history as a sexual abuser.

I’m somewhat embarrassed to say the news of Bowie’s passing hit me uncharacteristically hard. I spent a lot of that unproductive Monday morning sorting through the tangled ball of yarn that is unconventional grief. Bowie, of course, was not a person I knew in any usual sense, yet his music had played such an integral part in my teenage years that my mourning felt entirely genuine.

My most immediate thought in the aftermath was, “think of all the lives he saved.” Think of all the fucked up weirdos, the unloved and self-hating outcasts, the bullied freaks and ne’er-do-wells who, like me, locked themselves in dark bedrooms and blasted “Rock n’ Roll Suicide” until they actually believed that they weren’t alone. Think of all those scratchy records and worn out cassette tapes that were used like prescription drugs to get through the worst of it. Bowie had a knack for making music that was all at once accessible and impenetrable, paradoxically intimate and otherworldly. While he was famous for continuously shape-shifting, he was never anything other than himself, giving so many other people permission to be the same.

I have a personal responsibility to examine and acknowledge the idea that he was potentially involved in someone else’s trauma.

I have a distinct 1996 memory of listening to every single David Bowie album in chronological order, from David Bowie, through Aladdin Sane and Diamond Dogs, to Outside. It was a total immersive indoctrination into the vastness of his musical genius, and as I lay there in that teenage bedroom plastered with band posters, I used his music to process the sexual assault I endured when I was fourteen years old.

Bowie’s music gave me full permission to openly negotiate the aftermath of trauma, providing song after song to pull me out of the deep dark well I found myself in.

Hearing of Bowie’s death put me right back in that twenty-year-old place from which I was groping to the surface. But in the wake of that grief came a widely discussed revelation, one that hadn’t gotten much previous mainstream attention, and therefore shocked a number of his fans. Early in his career, David Bowie had sex with (and therefore statutory raped) a young teen girl, one of the era’s so-called underage “baby groupies,” fixtures in the rock scene of the 1970s. The age of consent was eighteen in California at the time, and although she reports positive feelings of her experiences with him, the fact that Bowie so egregiously abused his power has certainly complicated the process of grieving for many of those who mourn him. (It’s also worth noting here that in a separate 1987 incident, Bowie was charged with rape and cleared by a jury.)

In the past, when I’ve been involved in conversations about known abusers and their art, it’s actually been pretty easy for me to make declarative statements about how we should or shouldn’t react. I don’t, for example, have any sort of emotional connection to Roman Polanski, Woody Allen or R. Kelly, so it becomes a very simple process to dismiss their work and encourage others to do the same. In my life I’ve tried to draw clear lines regarding total intolerance, and condemned those who want to sweep the violation of women under the rug in the name of their own simplistic enjoyment.

But when I discovered this new information about Bowie, a beloved artist who had musically stewarded me through my own rape trauma as a teen, I had a compulsion to protect my memories of him by internally apologizing for his past. “Well, it was the seventies,” I thought. “Well, the girl he raped has positive memories of the experience, so is it fair for us to brand her a victim?” I thought. “It was a long time ago and people change,” I thought. In the moment I was actively trying to excuse his horrifying behavior to justify my own admiration for him, becoming the very apologist I criticized out of the fear of complicating my own experience of loss.

One of the problems with this exercise is that a mere week earlier I was actively condemning an Ottawa Sun reporter for using the word “tryst” to describe the sexual abuse of a 13-year-old girl by a 29-year-old teacher. I’ve also denounced acquaintances for not severing ties with known abusers in my community, and have openly chastised those who use a man’s talent or persona as proof that they didn’t actually harm women.

It didn’t take long for me to recognize my own glaring, embarrassing hypocrisy—Bowie doesn’t get a free pass because he was brilliant, and he most certainly doesn’t get a free pass because I loved him. Rapists can be kind, enigmatic and universally admired geniuses, but they’re still rapists. And yes, his music was a huge part of me overcoming my own assault, but knowing how harrowing it is for victims to see perpetrators celebrated in the media, I have a personal responsibility to examine and acknowledge the idea that he was potentially involved in someone else’s trauma.

We often have conversations about “separating art from the artist,” but we rarely have conversations about the emotions that are stirred when said art helped you through your own painful experiences. My grief over David Bowie is so closely connected to the fragility of the person I was as a teen, so does this new knowledge about Bowie mean that the healing aspect of his work is a lie? Does it mean I shouldn’t acknowledge the genuine loss I feel now that he’s left us? In the past few days I’ve thought a great deal about all those dark suburban moments listening to his albums to escape what had happened to me. I’ve come to understand that I was crying now not because he was gone, but because his death forced me to look at that recovery all over again, and to acknowledge the process of getting through it.

One thing I’ve learned in the messy, ugly process of surviving rape trauma is that we often grope for unconventional and unsanctioned tools to endure the worst of our days. We don’t always find hope in a therapist’s office or a pill bottle or a self-help book. We find it in the places and things we seek out ourselves in order to find solace—things like booze, drugs, books, films, and, of course, music. Bowie created a body of work that gave me a place to fall after feeling destroyed, but now knowing he was an abuser, it helps to acknowledge that I was the one who chose it. Not only that, I had the strength and the courage to choose it instead of death.

It is fundamentally important (and ethical) to make conscious choices about media consumption, and to not prop up abusers with our admiration, but private survival is just that. Private. Through all the columns and tributes and tweets, understand that most of us are not actually mourning David Bowie the person, but the personal meaning we transcribed to his vast catalogue of work. When an artist spends a lifetime making beautiful things that guide you through your darkest hours, it makes complete sense that you’ll be gutted when he disappears, and it’s also possible—though difficult and complicated—to reconcile those emotions with prior bad acts.

I worked really hard not to let the fact that Bill Cosby is a monster rob me of those memories with my dad, and while I realize Bowie is certainly not Cosby, I think that some of those same impulses can apply. Though it’s tricky work, we can honour and acknowledge victims of male power and violence, while still valuing the part art played in our own happiness and survival.

I certainly don’t have definitive answers to the complexity of this, nor do I think I ever will. What I do know is that while it is vital to acknowledge what Bowie did, the last thing we should do is make survivors feel guilty for the ways they chose to survive. At the end of it all, the meaning you give what people create, and the personal tools for survival you find in their contributions, belong to you and no one else. The absolute necessity of understanding, admitting and talking about who David Bowie really was—a man and not a god—can never negate that. 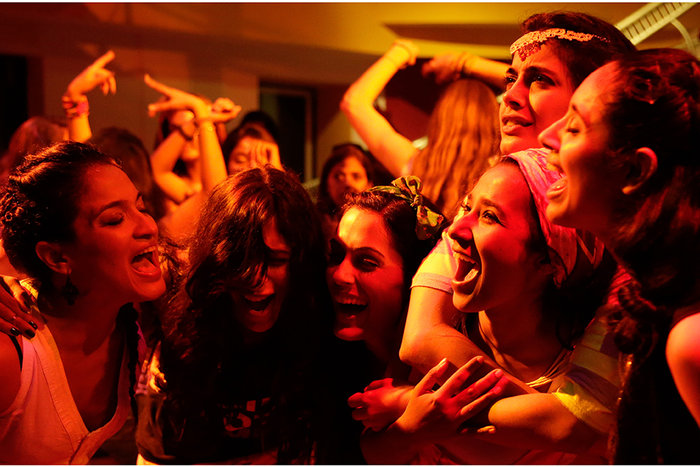 Film
The New Daughters of Bollywood
The rising influence of women in Indian film has been crucial to how their stories are told on and off-screen, putting… 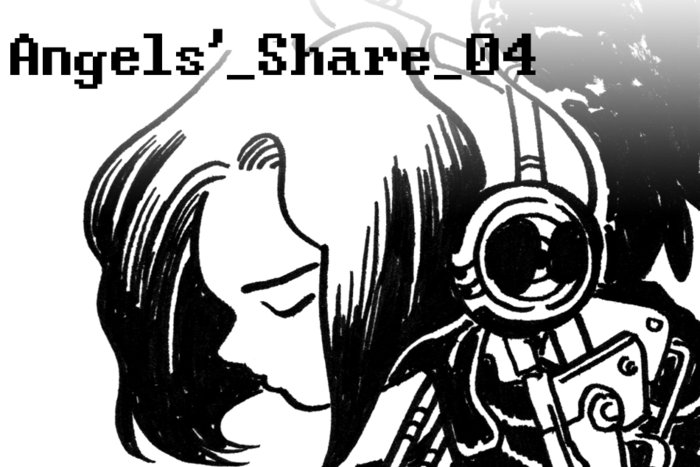