American Crime Story: The People vs OJ Simpson’s Marcia Clark episode was a master class in the effect of misogynist aggression in the public sphere. 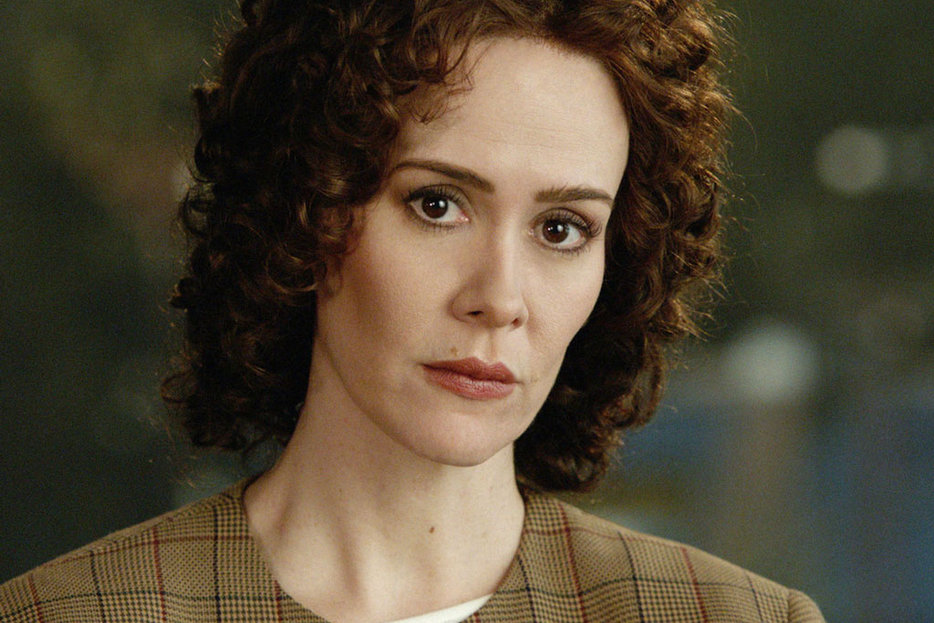 Still image from "The People vs. O.J. Simpson" (FX)

When the OJ Simpson verdict was passed down in October 1995, my high school art teacher wheeled in an A/V department television for the class to watch it together. I remember one student aggressively tossed a paintbrush at the screen when “not guilty” was ultimately uttered. For many people of my generation, the trial—and the intense media storm that surrounded it—was a vital part of our burgeoning adult understanding of how class, race, gender and justice functioned in America.

One aspect of that was how universally loathed and mocked head prosecutor Marcia Clark was—not lauded as a heroic defender of victims of violence, but instead painted as a shrill, hard, uptight “bitch” with the bad clothes and hair. Clark was a professional woman who was said to have neglected her children and who was accused of being bad at her job.  As the Simpson trial began, she was involved in an ugly divorce and a custody battle over her two sons, a fact that became public shorthand for her failures in relationships, and easy fodder for accusations that she was a bad mother.

The sixth episode of The People vs. OJ Simpson—the wildly successful, miraculously non-exploitive, and thoroughly addictive TV adaptation of the trial—is devoted almost entirely to the plight of Marcia Clark (played exquisitely by Sarah Paulson). While The People vs. OJ Simpson runs the real risk of becoming a tacky stunt cast melodrama, it has mostly revealed itself to be a pleasantly nuanced pop culture surprise. Though still hell bent on maximum entertainment value, thus far the show has done a reasonable job of unpacking pressing social issues, and “Marcia, Marcia, Marcia” (which aired on March 8) is no exception.

While Clark stumbles through the dictated pitfalls of her status as public female, she becomes a kind of everywoman commentary on rampant workplace sexism. In fact, the way she is treated feels so common, has the capacity to garner so much viewer empathy, that it reveals how little has changed since newspapers felt they had license to ridicule her appearance and violate her privacy. In turn, the episode becomes a sort of master class in how the tiny cuts of sexism currently function, and what the cumulative emotional effects are on those forced to brave them.

“Marcia, Marcia, Marcia” opens in another kind of court, with a depiction of Clark’s frustrating custody dispute, and the accusation that, with her seventy-hour work week, she’s asking for child support to “pay for strangers to take care of the children.” After that particular demoralization, Clark is seen apologizing to numerous strangers and colleagues for being late to the trial as a result.  Harried, she returns home from work late to find a style expert on television claiming she’s “frump incarnate, guilty as charged.” Later, District Attorney Gil Garcetti (Bruce Greenwood) basically tells her in the very same breath that she needs to suck it up and ignore what they’re saying on television, but also that it might be wise for her to get a media consultant to improve on her appearance.

The show has definitely been ramping up to this particular point of exploration. The chain-smoking, frustrated Clark has already been seen taking a beating by a focus group, with men and women alike using words like “shifty,” “strident,” and “bitch” to describe her while she’s forced to watch through one-way glass. (Sadly, all words that were actually used by participants at the time, with Clark herself stating that she was asked to “talk softer” and “wear pastels” as a result.)

The viewer is struck by how much Clark endures, how strong she is in the face of it all, and yet how weak she feels throughout.

Is she a bitch or a babe? A bad mother, or bad at her job because she’s distracted by motherhood? It becomes glaringly clear there’s no way Clark can win any of these battles, with the endless gendered slights only continuing from there. Even when she finally stops being apologetic and accommodating and sticks up for herself, she loses. All the double standards, the hypocrisy, and the unsolicited advice from men who have no idea what she’s facing (“ignore it and it will go away!”) ring so painfully true for any woman who even vaguely exists in the public sphere.

By the time a grocery store clerk makes a flippant joke about her period while she’s purchasing a box of tampons, we’re as exhausted as she is.

In many ways, producer and director Ryan Murphy’s involvement in American Crime Story makes perfect sense. Though the subject matter is starkly different, this true crime offering utilizes many of the same visual and psychological cues as his TV calling card, American Horror Story. The ultra violent anthology show has always had notable feminist undertones, though it often walked a fine line between revealing the oppression and violence women experience, and exploiting it for barely bearable entertainment value. In Murphy’s universe, the female body is the primary site where men do misogyny’s relentless, gruesome bidding, and his woman characters have sustained the worst kind of inventive, unspeakable torture as a result. He’s employed rape, amputation, mutilation, disease, and a full-face tattooing to aggressively drive home his point—so much so that his audiences are tempted to yell “enough already” when the next gore-tastic patriarchal punishment is doled out.

In The People vs. OJ Simpson, Clark’s character is yet another victim of that kind of “enough already” onslaught, though the context is far removed from (and much more familiar than) the horrors of haunted houses and hotels, insane asylums, and freak shows. In the just over forty-nine minutes of “Marcia, Marcia, Marcia”—which Murphy himself directed—the viewer is struck by how much Clark endures, how strong she is in the face of it all, and yet how weak she feels throughout. So much of the episode relies on Sarah Paulson’s subtle yet powerful facial expressions: annoyance, fury, disgust, disappointment, and finally straight up devastation.

Women’s bodies, their private lives, and their abilities are still very much fair game in public discourse.

Thankfully, The People vs. OJ Simpson also gives Clark the necessary room to be entirely human in her reactions—she’s not a tough as nails caricature hell bent on tunnel-vision justice for Nicole Brown, but instead a woman who deeply feels the casual remarks and cutting mockery of the myriad voices around her. Her brave face is very often betrayed by ill-timed emotion, most notably when she’s expressing genuine empathy for victims of violence. (An earlier episode in which she attempts to comfort the grieving Goldmans reveals a great deal about how she’s caught between the required coldness of her job, and her own admirable humanity.)

Paulson’s Clark also feels like a very real product of a new television landscape that finally allows for true complexity in its female characters, and the viewer is grateful for it. She’s both admirable and fallible, a whole person who is as capable of making bad calls and crying in court as she is capable of defiantly standing up to Simpson’s Dream Team. It’s also arguably the best performance of Sarah Paulson’s television career—no small feat, given source material that threatens to be campy in its adaptation. “I’m not public personality. This isn’t what I do,” she says to colleague Christopher Darden (Sterling K. Brown) when she finally collapses in tears on the floor of her office. “I don’t know how to do this. And those other guys? They’re flashy hot shots. They’re used to it. But I just can’t take it.

The truly gut-wrenching part of Clark’s belief that she can’t “take it” in comparison to her male colleagues is that she’s actually taking so much more. They don’t have to endure constant inappropriate critiques of their appearance, barbs about their poor parenting, or nude pictures (revenge porn in present day parlance) of themselves in the tabloids. And even if they did, the devastation would never be as great, the gesture never as skewering. When Darden sits on the floor with Clark and takes her hand, he is the first man in the episode to listen and genuinely look at things from her vantage point, acknowledging her experience without ever suggesting it is her fault, or asking her to ignore it, or demanding she not take it too seriously. It’s a gesture so many women yearn for.

The real Marcia Clark has done a number of recent interviews on the needlessly personal and entirely invasive attacks she endured during the trial. She’s spoken at length about how much the media circus distracted from the horrible ordeal of the victims and their families. Proving her point, the comment section of one People magazine piece features conjecture about plastic surgery she may or may not have had since the trial, and a suggestion that “she looks less tired without the bags under her eyes.” Clark’s story, and Murphy’s generous depiction of it, hits us so hard because of how little has changed in the twenty years since the prosecutor’s personal life was needlessly dissected. Women’s bodies, their private lives, and their abilities are still very much fair game in public discourse, subject to intense scrutiny in a way men’s will never be.

Sometimes I consider that watching the public reaction to the real Marcia Clark twenty years ago prepared me for a lifetime of tiny gendered slights in the adult workplace and beyond. Watching her now, played with Sarah Paulson’s thoughtful nuance and Murphy’s deliberate feminist undertones, painfully validates all the exhausting experiences that followed. “Marcia, Marcia, Marcia” is a graceful argument against the notion that those in the public eye deserve what they get, and is an indictment of a world that punishes the women who find themselves there. 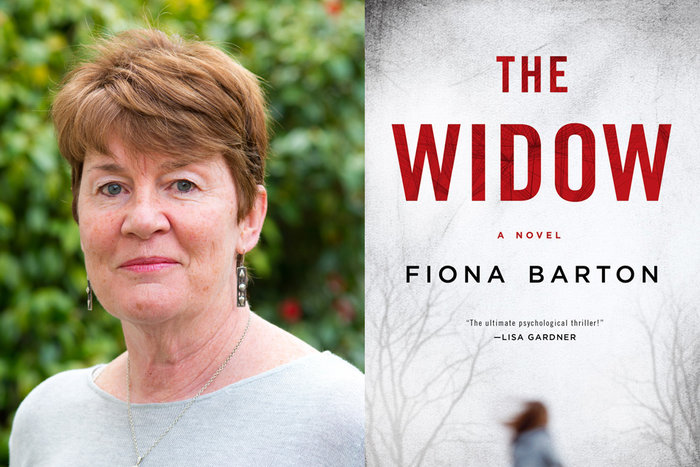 Interview
‘There’s No Mitigation for Killing a Child’: An Interview with Fiona Barton
The author of The Widow talks about how her years of crime reporting experience informed her first novel. 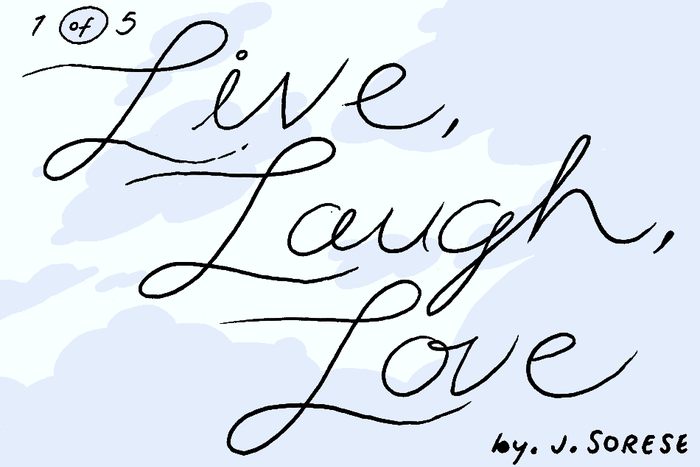 Comics
Live, Laugh, Love Pt. 1
You were the only person I told about seeing my father.

'I Want to Be in a Dance with the Reader': An Interview with Megan Abbott
Adam Nayman
Giving Up the Ghost
Brin-Jonathan Butler