No Fooling: The End of the Mockumentary

Audiences today are too savvy to be tricked by a War of the Worlds or Blair Witch Project. Is there any value left in entertainment that isn’t just realistic, but strives to be perceived as real? 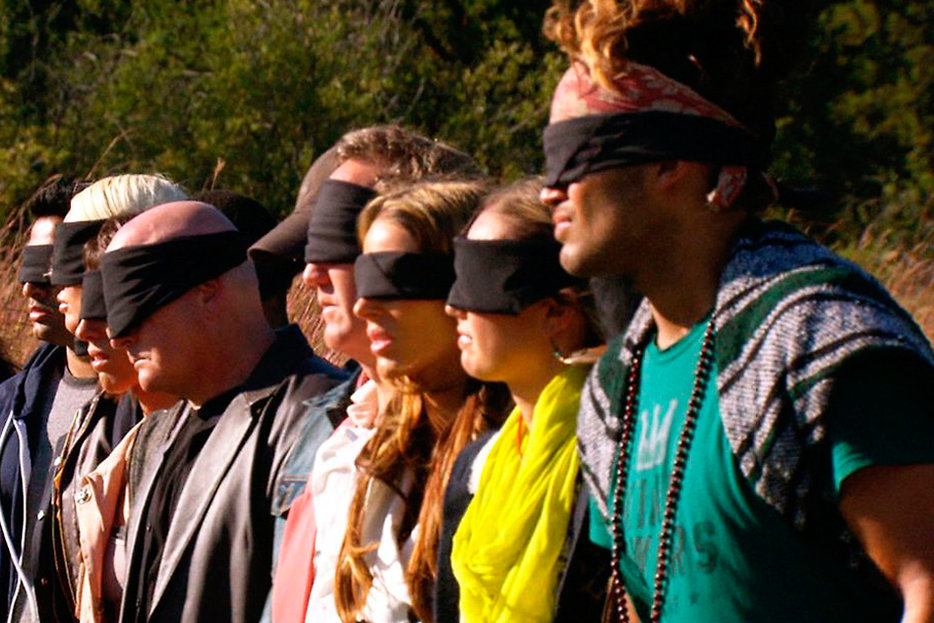 On the evening of Oct. 30, 1938, Orson Welles and his Mercury Theater of the Air presented an hour-long radio adaptation of The War of the Worlds, broadcast by WABC in the New York area and CBS across the rest of the United States. A prescient predecessor of our era’s mock-doc and faked found-footage fare, Welles’ news-style report of an alien invasion was not even necessarily intended to fool its audience: Along with Welles’ introduction, there were three additional announcements during the broadcast reassuring listeners that the program’s contents were fictional.

Nevertheless, the program prompted a panic. Deluged with E.T.-fearing folks at police stations and calls to emergency services and newspapers, authorities were sufficiently concerned to issue their own messages of calm. “Station WABC informs us that the broadcast just concluded over that station was a dramatization of a play,” went a statement from the New York police. “No cause for alarm.” A teletype by the New Jersey State Police was similarly blunt: “WABC broadcast as drama re: this section being attacked by residents of Mars. Imaginary affair.”

Welles made an official apology for the hoax the next day. But seeing as the inveterate showman would end his film career in a similarly tricky fashion with 1974’s art-forgery headfuck F for Fake, he was probably pleased with the results—a likely-never-to-be-topped milestone of mass-media bamboozlement. Who are the other contenders? If we’re being charitable, perhaps people like Ray Santilli, the Londoner who schlepped his “Alien Autopsy” video to countless news outlets in the mid-’90s, or the movie marketers who devised the infamous Internet campaign that fostered the notion that The Blair Witch Project was all for real when it arrived in theatres in 1999.

The form’s subsequent offerings may be comparatively unconvincing, but it’s not necessarily for a lack of trying—we viewers just aren’t quite so easy to fool anymore. Consider the response to NBC’s summer series Siberia, a fictional drama posing as a reality show about a series of international competitors enduring hardships in a sinister corner of Russia’s hinterlands (played convincingly by the woods of Manitoba). The show has prompted fewer Twitter debates over its authenticity than complaints about the ruse’s transparency, and viewers, typically disdainful of staged reality fare that doesn’t involve a Kardashian, have mostly stayed away. (Under the Dome, a more conventional and turgid effort to evoke the murky mysteries of Lost has routinely trounced Siberia in the same time slot.)

Siberia’s failure to find much traction is all the more unfortunate given its often sly take on reality TV tropes, something that may be hard to discern amid its stupider ideas, such as the entire cast’s inability to recognize the terrifying “fire” in the night sky as the aurora borealis. It’s easy to feel a twinge of sympathy for anyone trying to simulate the real when the mock-doc meme has spread into every corner of the media. Yet, despite our self-satisfaction at being able to spot a fake more easily than Welles’ listeners or Blair Witch’s viewers, we may also be missing out on the pleasures provoked by a well-crafted confusion of the real and the staged. Like spectators of an especially canny magic trick, we might go in knowing it’s all an illusion, but still want something real enough to fool us.

The visual vocabulary of the fake-out has become so deeply entrenched that we hardly notice it much of the time. That’s especially true of those shadowy documentary film crews inexplicably ensuring we catch every unguarded moment and unexpected event that might transpire in the workplaces or haunted suburban dwellings we’ve entered by proxy. Much of the trend can be dated back to the 2001 debut of the original BBC version of The Office, which was itself a parody of the docu-reality format common on British TV through the ‘90s. The use of pseudo-vérité camerawork and impromptu character “interviews” made its own transatlantic journey into The Office’s U.S. offshoot before becoming standard sitcom practice in the likes of Modern Family.

Of course, Christopher Guest and Rob Reiner got there well before Ricky Gervais with the heavy-metal piss-take This Is Spinal Tap (1984), as well as Waiting for Guffman (1996) and Guest’s other subsequent films with company players such as Michael McKean and Harry Shearer. Maintaining a steadfast allegiance to the shtick he pioneered, Guest loaded up his recent HBO show Family Tree with all his favourite tics, but the familiar-sweater feel to the quick zooms and eye-rolls-to-camera often muted the impact of the show’s choicer gags. Though, to be fair, Guest has fared better than Sacha Baron Cohen, whose cachet as the comedy world’s most fearless prankster plummeted with The Dictator, a feeble effort to incorporate his Ali G/Borat stuntmanship into a more conventional narrative format.

Meanwhile, the meme spread into genres beyond its traditional realms of mockumentary comedy and post-Blair Witchthrillers such as the recent Canadian entry The Conspiracy. By now, it’s infected everything from political agit-prop (e.g., Death of a President, a 2006 British provocation that imagined a grisly end for President George W. Bush) to action-heavy science-fiction sagas such as District 9 (2009). Depending on your perspective, the phenomenon reached its apex or nadir with the montage of bogus TV news footage and faux-cellphone-vid that depicted a high-school house party’s slide into full-blown anarchy in last year’s Project X.

Though the media hysteria it prompted may not have impressed Welles, the teen comedy about a house party that rages out of control spawned a wave of copycat “real-life Project X” parties, preserved, of course, for posterity on YouTube. (Last August, the RCMP managed to preempt one planned for a house in Langley, B.C.) As if we needed more proof of the enormous difficulty in trying to maintain any of the traditional borders between representation and reality (and hoaxers and dupes) at a time when nearly everyone has the means to shoot and disseminate any event you could possibly imagine happening.

Indeed, how can any mock-doc maker or found-footage faker provide the frisson they used to when wholly authentic absurdities and horrors are so readily accessible? Once the Holy Grail of seedy video collectors, even snuff movies are now available for viewing on the screen of your choice and in whatever variety you desire (war atrocities, police shootings—even acts of dismemberment and cannibalism in a Montreal apartment). It takes some very sick minds to compete, which may be why the V/H/S films—a pair of omnibus horror features by a roster of genre filmmakers including Adam Wingard, whose primo home-invasion thriller You’re Next is now in theatres—have become the equivalent of a mock-doc or found-footage R&D department.

The framework for both installments involves the discovery of a cache of old videotapes with ever-freakier contents. Despite the old-school magnetic media referenced in the movies’ titles and the means by which these samizdat wares are apparently stored, the filmmakers involved deploy a variety of contemporary recording devices: In one vignette, strange goings-on in a young woman’s life are captured via video chats with her boyfriend; another depicts a zombie outbreak via a Go Pro camera affixed to the helmet of an unlucky mountain biker. In the best segment in V/H/S 2, a news crew’s hidden cameras inadvertently capture an Indonesian religious cult’s descent into mayhem. Though not always convincing (or, to be fair, necessarily intended to be), the best of these tactics restore a creepy edge of verisimilitude that had been missing from the realm of the faux since somewhere in the middle of Paranormal Activity 2.

From the shaky camera to the fake hesitation in the voice of the “filmmaker” on screen, we’re nothing if not well versed in the tropes. But if they can’t fool us anymore, they can at least make us feel smarter than the ruse—a more brittle, cynical kind of pleasure than the sort we used to experience at the hands of the greatest of magicians (the young Orson Welles famously learned a few tricks from Houdini himself). Then again, given the proliferation of sights previously left unseen, maybe it’s a comfort to be reminded—as Siberia does with its endearingly lousy actors and ludicrous twists—that some of the acts of cruelty and savagery captured on camera, ready to be seen by the world, are only imaginary affairs. 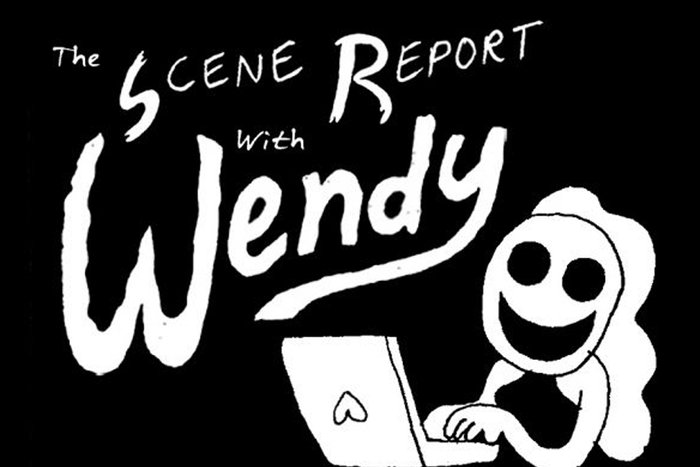 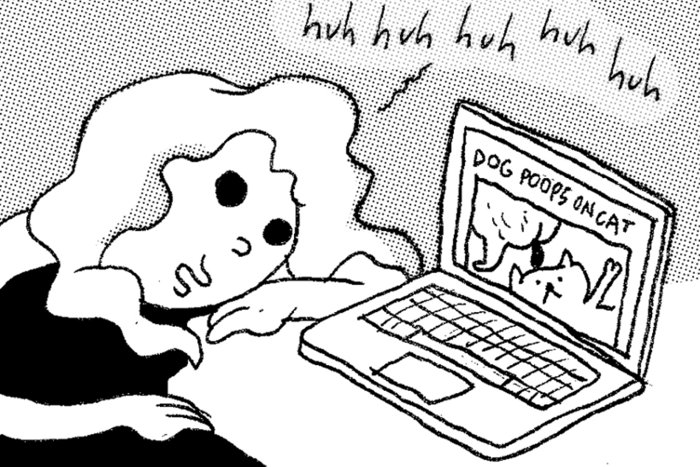 Comics
The Scene Report #12: Getting Away
Wendy is the fictional narrative of a young woman living in an urban centre, whose dreams of contemporary art stardom… 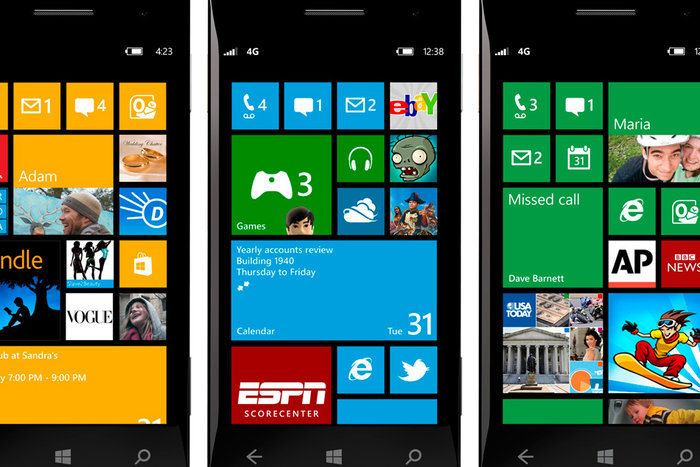