The Myths That Keep on Giving

Passed down through generations, fables provide rich material for everything from novels such as Patrick deWitt’s Undermajordomo Minor, to Rocky and Bullwinkle and the Twilight Zone. 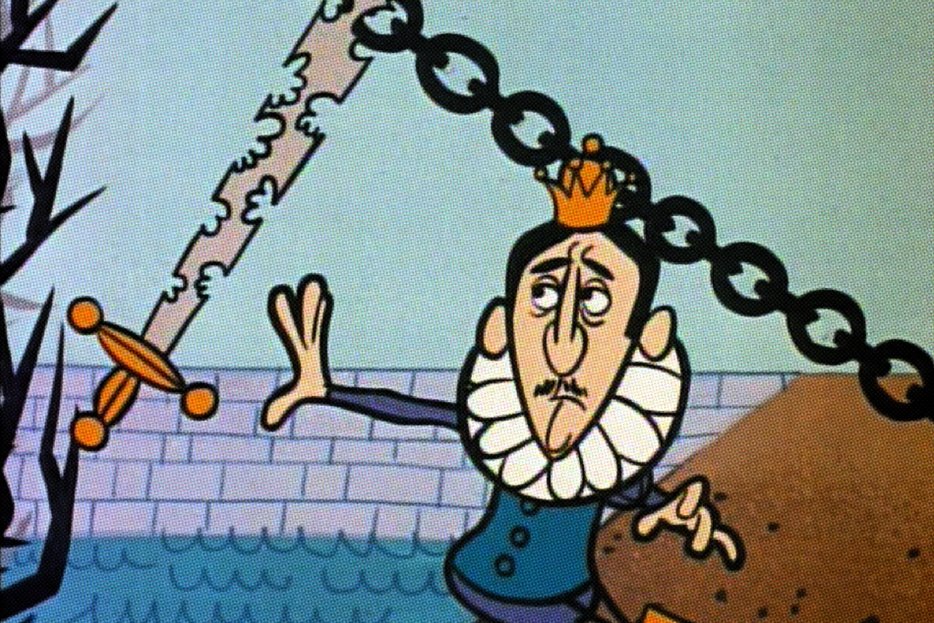 Still from The Rocky and Bullwinkle Show

Sometimes the stories they tell are ones we’ve known for as long as we’ve understood language. Sometimes the stories are a window into someone else’s culture, or into a history different from the ones with which a reader grew up. They can illustrate moral lessons or serve as raw material for narratives both realistic and fantastical.

Fables and fairy tales and folk tales can compel us on their own, but they’re also ripe for reinvention. Some authors may take the skeleton of a centuries-old story and use it as the basis for something new; others may borrow the language or structure in order to apply them to something else entirely. Authors have used this device to critique the mores of older stories and to add depth to more contemporary works; as an authorial perspective, it offers a way to blend the old and the new.

Patrick deWitt’s new novel, Undermajordomo Minor, leans heavily on older traditions. It’s a self-consciously gothic book laced with archetypal elements. In it, a young man takes a job helping to run a nearly empty castle whose minor-noble occupant is prone to fits of madness. Also in the vicinity: a seemingly bottomless pit, a father-and-son team of master thieves, and rumblings of revolution. The novel’s protagonist, Lucien (Lucy) Minor, has his death at a young age averted by a mysterious stranger, though Lucy is himself more trickster than traditional hero. There are plenty of elements in deWitt’s novel that will be familiar to, well, just about anyone who’s encountered any kind of centuries-old narrative from Western culture. And deWitt isn’t shy about his influences: at the end of the Acknowledgements section, his tips his hat with a long list of authors whose works he consulted while writing this novel:

As roots for a potential syllabus into modern riffs on fables go, this is a pretty great one. deWitt’s novel can be difficult to pin down—it shifts from an almost mythical opening to a comedy of manners to something bleaker, and weaves in some self-aware aspects of its own narrative as well. But that’s of a piece with other recent works that have retold centuries-old stories: Helen Oyeyemi’s Boy, Snow, Bird incorporated aspects of Snow White into its story of racial passing and a fraught familial relationship, but stopped short of a one-to-one transposition of its characters. And many of Angela Carter’s short stories rewrite older works, expanding their scope by finding the more modern questions of gender and power dynamics that arguably sat just below the surface.

We’re several generations into taking fairy tales, folk tales, and fables, and splicing them together, remixing them, remaking them into something new. This sense of re-interpretation runs deeply in Western popular culture: among other things, the “Fractured Fairy Tales” segment was a mainstay of The Rocky and Bullwinkle Show, which premiered in 1959—the same year that The Twilight Zone made its debut–and several of its segments have achieved the same sort of ubiquity in Western pop culture that certain fairy tales may have had centuries earlier.11Which would make the The Scary Door segments on Futurama a Fractured Fairy Tales of its own, essentially.  In her introduction to a new edition of Angela Carter’s collection The Bloody Chamber, Kelly Link notes that at around the same time (1961, specifically), a new revision of the Aarne-Thompson Tale Type Index was translated into English, helping codify and classify the way we look at folklore. Once something’s been analyzed to that extent, certain tropes and devices are made clear—and once that’s done, curious writers can then pick apart and reassemble those pieces. Is it coincidence that this coincides with the beginning of The Twilight Zone—essentially, a kind of campfire tale that’s now endured for several generations?

Reading the works of writers who contributed to The Twilight Zone’s early years, one can find a similar fondness for the reversals that abound in certain folktales—there’s generally a kicker, a twist, or something primal at work. John Collier’s Fancies and Goodnights delves into the more surreal side of things, while Charles Beaumont’s Perchance to Dream: Selected Stories encompasses a wide range of stories written over its author’s short life. And while Ray Bradbury’s introduction makes the case for Beaumont as a writer of science fiction, some of the works contained in the book nod in an older direction. “The Howling Man,” for instance taps into something very primal, very essential, in its storytelling.22An adaptation aired on The Twilight Zone in 1960.   The setup is simple: Monks living in seclusion take in a man. He hears the cries of what seems to be a prisoner in the monastery. The monks warn him away from taking action; still, the prisoner begs for release. Our hero, being an amenable sort, helps the prisoner free. Cue the twist: the imprisoned man is the devil, now free to again sow evil throughout the world. Remove the implication that the story’s protagonist is inadvertently responsible for the rise of the Nazis and you have a tale that could have been told around fires to misbehaving children centuries earlier.

The narrative devices of fairy tales and folktales, when blended with a more modern authorial self-awareness, can yield complex narratives, whether long or short in form. Carter’s charging of older narratives with a complex awareness of gender dynamics is one key point of influence here; the surreal works of Jorge Luis Borges would be another. Redemption in Indigo, the first novel by Barbadian novelist Karen Lord, was inspired by a Senegalese folk tale, “Ansige Karamba the Glutton.” Aspects of its plot do seem timeless: its protagonist, Paama, finds herself bestowed with great and mysterious abilities, which brings her to the attention of several supernatural entities, all of whom have their own agendas. Lord’s methods of storytelling both hearken back to the importance of the storyteller and feel decidedly modern. (Reading this novel recalled the ways that John Barth brought together aspects of mythology and metafiction in works like Chimera.) The novel’s narrator, at one point, alludes to a character having had an adventure in the past that yielded a substantial amount of gold. “Perhaps I will tell you about later, if we have the time,” the narrator says. And towards the end of the novel, the sense is given that this story is only one fragment of a much larger narrative, altering the reader’s perception of all that has come before.

The expansion of traditional stories into other genres has yielded memorable work.

While Angela Carter’s shorter stories are often fully infused with the influence of older traditions, some of her novels—Nights at the Circus, Wise Children—ostensibly veer into more traditional territory. Even so, aspects of the fairy tale creep into these as well: the way that celebrity, in the 20th century, supplanted royalty as a way of reaching a high public profile, for instance. The second sentence of Wise Children’s second chapter begins with “Once upon a time.” Later in the same novel, narrator Dora recounts the making of a film several decades earlier: “Then something started to go wrong with time. We were all spellbound, now.” The film in question is a loose adaptation of A Midsummer Night’s Dream, itself a kind of riff on fairy tales. And even in a theoretically realistic novel, there’s room for a venture into a more dreamlike state.

The expansion of traditional stories into other genres has also yielded memorable work. Nalo Hopkinson’s award-winning books transpose elements of folk tales into science fictional settings; her 2000 novel Midnight Robber adds another layer to this, in that its plot both borrows fairy-tale elements and invokes mythic personas that characters can adopt. Her new collection, Falling in Love With Hominids, spans a wide stylistic range: there are stories of children living in a society where aging transforms them into distorted, carnivorous creatures; there’s also a fascinating look at art in culture in one of the most unconventional stories of time travel you’re likely to read. And there are riffs on fairy tales: in Hopkinson’s introduction to the story “Left Foot, Right,” she nods to Kelly Link’s assertion that fairy tale heroines often have difficulty with footwear; the story that follows is an impressively disorienting one, juxtaposing a kind of haunting and appearances from strange supernatural entities with a decidedly modern setting and dilemma.

In some ways, deWitt’s most recent novel can be seen as the apex of a certain direction of this. There’s a certain archetypal central or eastern European setting.33Though the narratives they tell are very different, there are some similarities between it and Wes Anderson’s film The Grand Budapest Hotel.   The level of technology, too, is vague: the book could be set in the late 19th century, or it could simply be set in a part of a country that isn’t hooked up to a centralized power grid. For all that there are qualities of a fable, this isn’t necessarily a book suited for readers of all ages–one scene featuring decadent aristocrats ventures briefly into the transgressive. But there are also qualities of the mythic: a stranger who helps save Lucy early on, when he appears to be dying, is the most obvious example of this, though the aftereffects of his healing are, in the best fairy tale tradition, more ambiguous than anything.

The decidedly European setting of deWitt’s novel is also noteworthy for its relatively generic nature—much as his earlier novel The Sisters Brothers both embraced and skirted parody of Western tropes. This novel veers into similar territory, albeit in a wholly different genre. Alternately: when you have decadent crypto-German aristocrats running around being mad and decadent, you’re clearly in the presence of a writer who knows the roots of the style in which they’re working. Even so, that, too, has become wider in recent decades.

The folk tales and fairy tales that one writer grew up with may be completely unfamiliar to some of their readership, and vice versa. A less homogenous literary community can create a wider range of traditional stories to draw from, even as the weight of timelessness persists. Some stories are older than nations, and an infinite array of ways to tell and retell them endures. 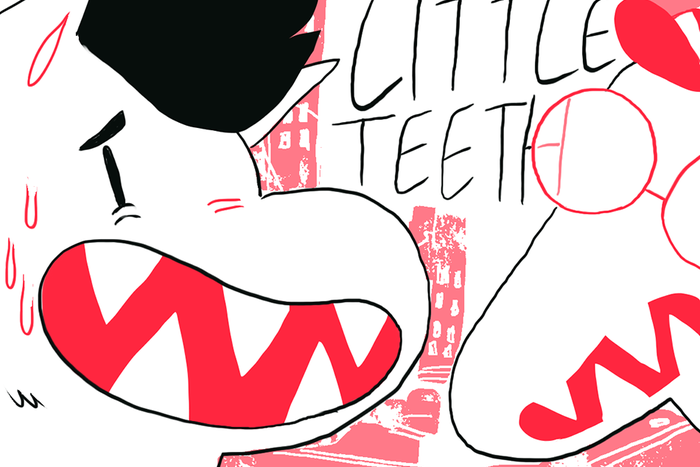 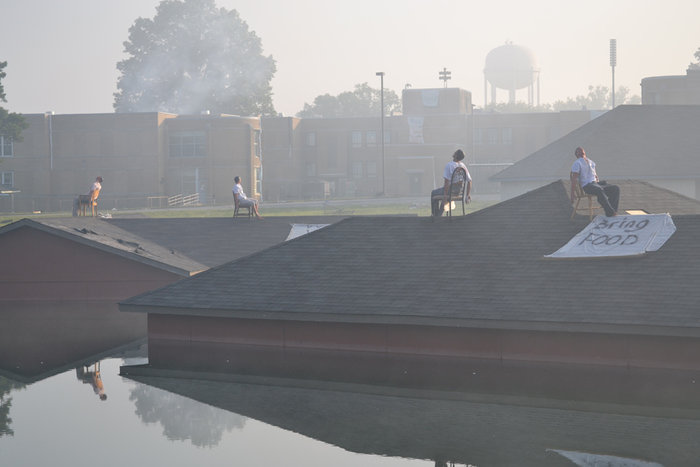 Society
First Responders at the End of the World
A nuclear device explodes in a Midwestern city. A hurricane ravages a susceptible coast. What happens next? Inside…