The Myth of Multiculturalism

Raising a mixed-race son in the Canadian city with the most mix-race couples is a dream borne of the Trudeau era. But Vancouver is a city of appearances, and diversity is much more complicated than it seems.

Jen Sookfong Lee was born and raised in Vancouver’s East Side, where she now lives with her... 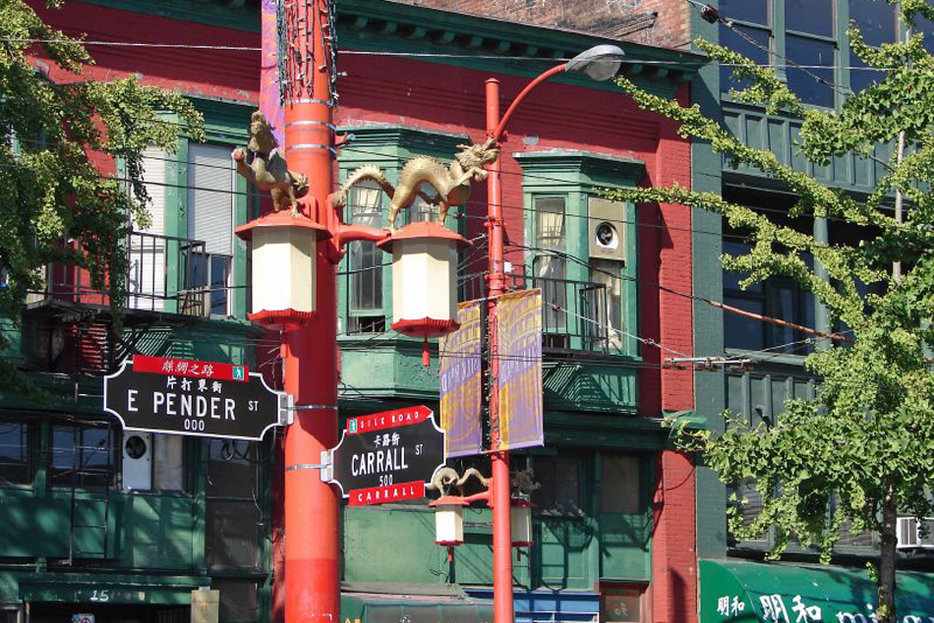 I’m Chinese. My husband, through birth and adoption, is Irish, Scottish, English, Ukrainian, Swedish, and Cree. My son has dark eyes and hair, but is already sporting a fine Scottish (or is it Ukrainian?) moustache. We live in Vancouver. In other communities, we’re far more visible, which is sometimes awkward and often enraging, but here, when we walk down the street with our mutt of a dog, we’re ordinary, one of the many families who have chosen to live in Vancouver, the Canadian city with the highest number of mixed-race couples. As we shop for groceries or ride our bikes in the park, our multiple racial origins are never questioned and rarely discussed. We are the perfect Vancouver family.

Our city is beautiful, polished to a high sheen by a population whose racial origins span the globe. We’re tolerant. We celebrate diversity with the Hapa-polooza festival and a seemingly endless series of sushi restaurants. Look closer, though, and you’ll see that Vancouver is a city of appearances: car companies film their commercials here, on winding mountain highways or glittering urban streets. Our downtown bicycle lanes are bordered by garden boxes. Lululemon, the clothing company responsible for body-conscious yoga pants, began here. But we also have a longstanding and deeply layered homelessness problem. Organized crime manages the abundant traffic of illegal drugs and prostitution. And racism pops out of the shadows more than any of us are willing to admit.

Richmond, a suburb just south of Vancouver proper, is often called the first majority-Chinese city outside of Asia. In March, a group of non Chinese-speaking residents presented Richmond City Council with a petition to ban store signage written only in Chinese, an example of how shifting demographics are pushing the racial buttons of a community that pretends to accept the tensions that come with diversity. A friend of a friend pulled her daughter out of a Surrey public school because most of the other students were Indo-Canadian and she was tired of feeling like a minority. A literary festival I appeared in asked audience members to dress up in Oriental costumes in honour of the cheongsams I apparently wear to vacuum the rug.

We often hear whispers of White Flight from the West Side and the growth of ethnic enclaves in Oakridge or South Main, but they remain whispers, the sorts of things we say to each other in private, and only in like-minded company. We smoke marijuana on the street, but talk about race in secret.

Race, like geography, has shaped Vancouver from its birth. Chinatown, Japantown, Little Italy, Hogan’s Alley, and Little India have been part of the cultural map since the beginning of the 20th century. They were ghettoes that were also cultural communities: people moved there because they weren’t welcome elsewhere, but also because, when they returned to their homes after working at the port or the cannery, they were comforted by neighbours who demanded no explanations.

Now, thoroughly mixed diversity—whether it’s racial, economic or cultural—is how we gauge the health and liveability of our cities. Many of us were born during the Trudeau era and his ideas on multiculturalism were continually being stirred into the collective Canadian Kool-Aid. Even though the public service announcements about racism were less compelling than noisy music videos, they still managed to worm their way into our young, spongy heads.

Forging relationships with people from Fiji or Coast Salish Territories became normal. My parents shopped for choy in Chinatown, but also bought dinner rolls from The Buns Master. Melaena Murphy came over for lunch before I ran off to Chinese school. Throughout the 1980s, the reality of the ethnic enclave in Vancouver, whether it comprised Jewish families in South Cambie or Italian ones near Commercial Drive, seemed to be dying a gentle death, as per the multicultural dream. Chinese families moved to every neighbourhood across the city. Newer immigrants from the Philippines and Sri Lanka and Russia arrived and settled in the West End, Cedar Cottage, and Main Street. Mixed-race couples, previously a rare sight, became commonplace by the mid-’90s.

But those of us who have lived in Vancouver for 20 or more years forget how much easier life in a foreign country is if the people you surround yourself with share your first language. As I attended university, jumped from job to job and got married, I didn’t realize how large the Indo-Canadian community in Fraserview was growing, or how influential Chinese-born voters were becoming in provincial and federal elections. Over the past five years, as the verging-on-middle-aged adults of my generation began creating families and buying homes, we took a closer look at the neighbourhoods we wanted to raise our children in. Would I feel comfortable near my old high school, which was now graduating classes of almost entirely Chinese Canadian students? How would my son feel in Kitsilano, one of the few neighbourhoods left in urban Vancouver with a largely white population? The guilt built up. Even we—the children of Trudeau—were using race to shape our lives and, consequently, our city.

The influence of the diversity ideology is still lodged firmly in our consciousness. Even though affluent families recently arrived from Mainland China are quickly filling up Shaughnessy and Point Grey—West Side neighbourhoods that, for generations, were populated by established and wealthy white families—we still resist discussing how these demographic shifts are making us feel. Instead, we quietly pack up our small condos on the West Side and move to bungalows in East Vancouver, where our neighbours are families whose racial and economic origins are varied and wide-ranging. Here, where the produce markets stock longganisa sausage and mango pickles, we can cling to the idea that we’re not racist, that 1970s-style multiculturalism is still relevant, and that we don’t mind if our children are visible minorities at the local playground. Here, we can still pay lip service to the pretty diversity that often defines our city even as we deny that we are running away from ethnic enclaves.

But as my son, with his Chinese ears and Irish eyes, grows older, I’ve come to understand that I can no longer revel in the luxury of ignoring race. He knows he’s not pink-cheeked like his father, and he knows he doesn’t speak Toisan like his mother, so it’s my job to help him relate his ethnicities to our extended family and the city he lives in. We can dance and eat as much as we want at the Vancouver Celebrates Diwali festival, then attend an open house the very next day and overhear someone complaining that the walls smell like curry. We may look like the poster family for what Vancouver prides itself to be, but we’re still learning how to navigate diversity—moods, makeovers, ugly secrets and all.

Jen Sookfong Lee was born and raised in Vancouver’s East Side, where she now lives with her husband and son. Her books include The Better Mother, a finalist for the City of Vancouver Book Award, The End of East and Shelter, a novel for young adults. A popular radio personality, Jen appears regularly as a contributor on The Next Chapter and is a frequent co-host of the Studio One Book Club. 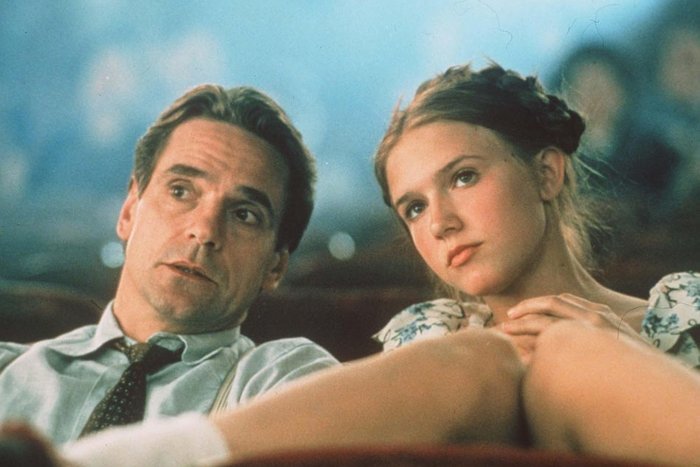 Well That Sucked
What Went Wrong This Week For … Underage Girls 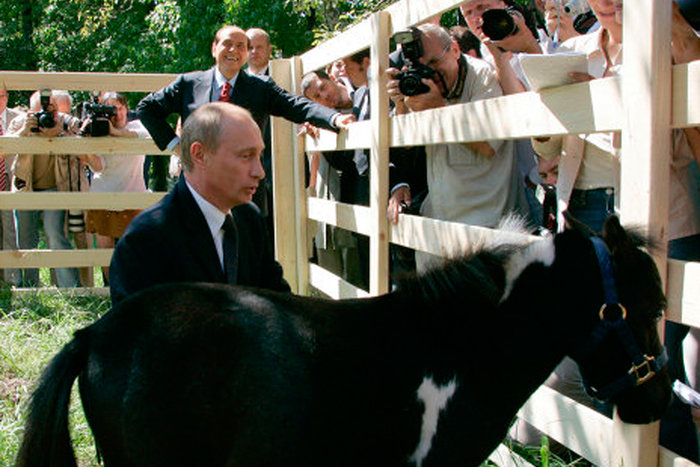