Grace on the Inside

The reality of life in Canadian prisons, while improving, has been stark for many years. One figure, the prison chaplain, strives to humanize what can be a dehumanizing experience.

Seila Rizvic is a writer in Toronto. 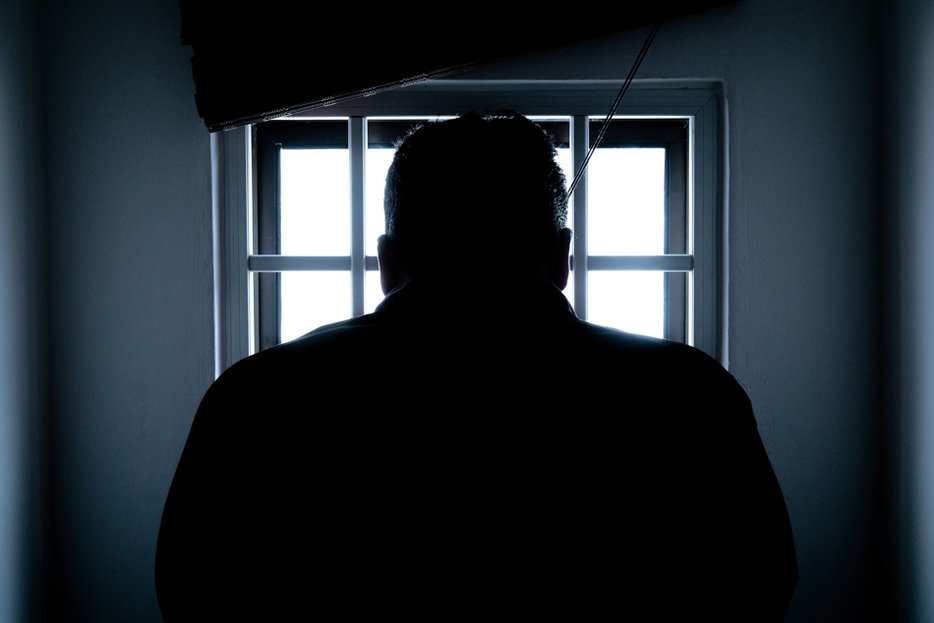 The chapel inside Joyceville Institution, as former prisoner Lloyd Ingraham describes it, is a medium-sized room, big enough for about fifty people, with stained glass windows at the front. The windows, three panels, each about eight feet high and five feet wide, were brought in from another prison, where they were damaged in a riot and then refurbished. “It was an escape from the insanity of the institution,” says Ingraham. “It was a comforting, warm, place.”

Ingraham, now sixty, was incarcerated from 2004 to 2015. Before arriving at Joyceville, a minimum-security prison outside Kingston, Ontario, Ingraham attended church services only sporadically. But religious practice took on a new role in his life while he was in prison. “There was more time, plus there was more need. When you’re in a time of crisis, which most people in prison are, you tend to be drawn closer to faith.”

Ingraham’s prison sentence overlapped with the twelve-year run of Howard Sapers, who served as the Correctional Investigator of Canada from 2004 to 2016. Sapers’s role was to act as an ombudsman and independent investigator for all issues affecting federally sentenced offenders. By the time Sapers left office in 2016, so-called “conditions of confinement” had worsened, with violence increasing both between prisoners themselves and between prisoners and corrections officers. The second most common cause of death in Canadian federal prisons in 2014 was suicide, followed by homicide and drug overdose. The average life expectancy of federal offenders is sixty years of age, compared to the national average of seventy-eight for men and eighty-three for women.

Combine this with a prison population disproportionately affected by poverty, poor educational attainment, mental health issues and addiction, and an ugly picture of what it is like to be a prisoner in Canada soon emerges.

Among the melee of guards and prisoners, administrators and oversight bodies, is the prison chaplain. Chaplains attend to the ways that individual lives continue on, even in prison, providing offenders an opportunity to reflect on the past and giving renewed hope for the future.

The chaplain is not interested in punishment and judgment, guilt or innocence. Faith in God, the promise goes, can redeem us all.

Yasin Dwyer worked for ten years in the federal prison system as a Muslim chaplain. For Dwyer, a typical day was oriented around meeting directly with prisoners. There were individual meetings to discuss personal issues or answer spiritual questions, group meetings during classes or religious worship, and informal meetings as he made his rounds, simply “walking through the institution,” stopping to say hello to those he saw along the way.

“We’re not there to judge, we’re there to serve. We’re there to give inmates options to be able to understa­­nd themselves, to be able to improve and challenge themselves, and to bring meaning to their life so they can be productive citizens,” says Dwyer. The support, encouragement, and spiritual grounding that chaplains offer, according to Dwyer, means that chaplaincy, might “play the most important role in prisons.”

There is research to suggest he may have a point. The positive effects of social support in reducing recidivism was documented in a study from the Minnesota Department of Corrections, which found that visits from clergy lowered the risk of reconviction by 24 percent. A 2002 study of prisoners in South Carolina, published in the Journal of Offender Rehabilitation in 2008, found that “as religious involvement increased the number of inmates with infractions decreased.”

The answer to why this method proves effective is, to prison chaplains, intuitive. The same reasons that drive people to seek meaning and purpose through spiritual and religious support outside of prison are ones that drive those in prison. As any non-incarcerated, religiously observant person could tell you, having spiritual grounding, interpersonal support, and a positive outlook on life can make a huge difference in one’s daily experience.

“There’s a perception I think that chaplains are ‘hug-a-thug’ or ‘molly-coddling,’” says Kate Johnson, a former Protestant prison chaplain, who worked with Lloyd Ingraham at Joyceville. Being “punished” for crimes, in many people’s minds, might not resemble the long conversations and deep reflections that Dwyer and Johnson facilitate. Johnson pushes back on this presumption. “I think it’s really important that the public understand that actually what we do is create sufficient emotional safety that people can be accountable—and they can’t do that when they’re terrified. Nobody wants to admit they’ve done something when they’ve got somebody poking them in the chest.”

From a former prisoner’s perspective, Ingraham sees chaplaincy services as an essential part of successfully reintegrating into society after serving a sentence. “The more support we have—and that support needs to start inside—then the better the chance of success for us out here, and the less risk to society,” says Ingraham. “They can stick us in a cage and leave us there for twenty-five years and then kick our asses out into the street, but where are we once we’re out? We’re lost.”

The “tough on crime” platform of the Canadian Conservative leadership played on the lack of public sympathy for prison reform issues. Under former Prime Minister Stephen Harper, the federal prison population increased by 17 percent between 2005-2015 despite a steadily declining crime rate. Cases of self-injury by inmates tripled between 2006-2016. The overrepresentation of Indigenous people, a group that makes up only about 4 percent of the population, rose to 24 percent of all inmates in Canadian federal prisons in 2015.

Chaplaincy services also took a major hit under the Harper government. In 2013, they were privatized and contracted out; first to a company called Kairos Pneuma Chaplaincy Inc., and three years later to the Canadian branch of American-based Bridges International.

A headline-grabbing incident involving the hiring of a part-time Wiccan prison chaplain in British Columbia provided the Conservatives with an opportunity. After much public hoopla, Public Safety Minister Vic Toews suspended the chaplain request. Soon after, citing cost-cutting measures, he chose not to renew the contracts of forty-nine other part-time chaplains, leaving only one non-Christian chaplain, Dwyer, within the entire federal system.

Dwyer, who was first hired in 2004, served in eleven federal prisons in the Ontario region with his main office based in Joyceville. He resigned in 2014 amidst the cuts and privatization efforts of the Conservative government. I met with him at a café near his new office at Ryerson University in Toronto, where he now serves as the Muslim chaplain. “There is a political dimension to all of this. Prisoners are not a very popular demographic for politicians,” he said.

As any officials working in federal corrections would, Dwyer and Johnson spoke about issues of public safety, victim impact and recidivism rates. But they also spoke about how time in prison could serve as an opportunity to dig deeper into what drives criminal behaviour. For both of them, the importance of good relationships was central.

As Johnson says, “People need to understand that that’s the value of the work that prison chaplains do: they provide and facilitate healthy relationships that give people something to lose and make them significantly less likely to reoffend.”

Dwyer noted the close relationships he had formed with inmates, some of whom he continues to remain in contact with even today, while watching them turn their lives around. He told me, “In Islam we have this word, khalwa. It means retreat. In Islamic tradition, when someone says I’m going into khalwa, it means I’m going into retreat in order to begin a conversation with myself and with God. Alone time. It’s an extended spiritual time out.” He suggested that, with the spiritual support of a chaplain, one’s time in prison could be an important opportunity to ask difficult spiritual questions. “I think that kind of transformation is more lasting and it sinks deeper in the heart.”

In the year following the end of the Harper government and the election of Prime Minister Justin Trudeau, suicide rates in prisons have declined by 69 percent, serious bodily injuries by 13 percent and internal complaints by 28 percent. In June of 2017, it was announced that a fifteen-day cap on solitary confinement would be implemented at the federal level, bringing Canada closer to meeting the UN recommendations.

In a 2017 meeting with the Senate Committee on Human Rights, the new Correctional Investigator, Ivan Zinger, concluded his opening statements by saying: “an environment where prisoners are at higher risk of being assaulted or injured, self-harming, committing suicide, dying prematurely, contracting communicable diseases or being subjected to use of force or segregation is not conducive of rehabilitation, nor is it in the best interest of public safety. Inmates who are embittered and hardened by their prison experience are not likely to be easily rehabilitated, much less adequately prepared to make their way safely back to the community.”

Prison chaplains take this a step further, arguing that prisoners who are supported, who have positive relationships, and who have reflected deeply during their time in prison will be better people and better citizens when they re-enter society.

The fear is, perhaps, that we might waste our empathy, that those who we gave a second chance might betray us. Prison chaplains provides us with an opportunity to believe that people can change. That spiritual guidance can heal us. And that empathy for others can help us all.

The prison chaplain offered Lloyd Ingraham a spiritual path out of his isolation, a new way of looking at his past and his future, and a profound moral foundation for how to understand his place in the world. “Just having someone to sit and talk to is one of the most important things there is,” says Ingraham, “Someone who can guide you and help you.” The prison chaplain offers a human connection in what can otherwise be a deeply dehumanizing situation.

Seila Rizvic is a writer in Toronto. 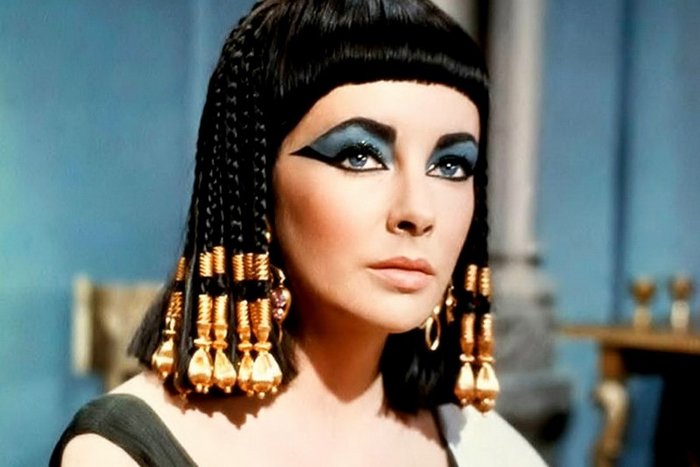 Beauty
Elizabeth Taylor and the Myth of Blue Eye Shadow
As the actress sped around Rome wearing her makeup from the film Cleopatra, women everywhere embraced a bold look with… 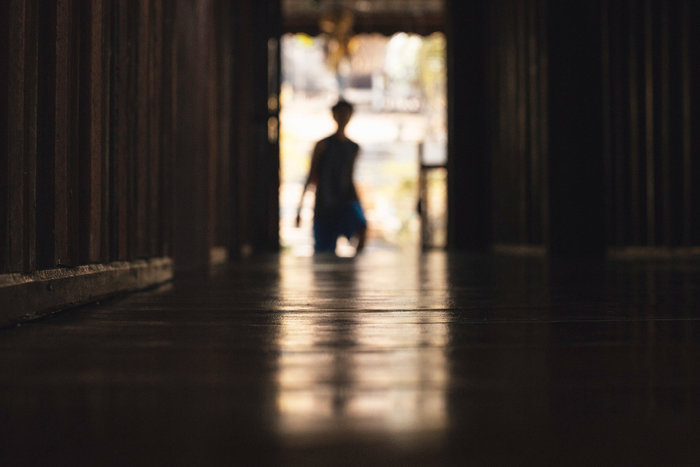 Essay
My Mother’s Disappearances
Children like me, whose parents suffer from mental health issues, often become invisible ourselves.