The First Time I Ate an Oyster

God had taken someone from me, I reasoned, and I could inhale some of his creatures in exchange. 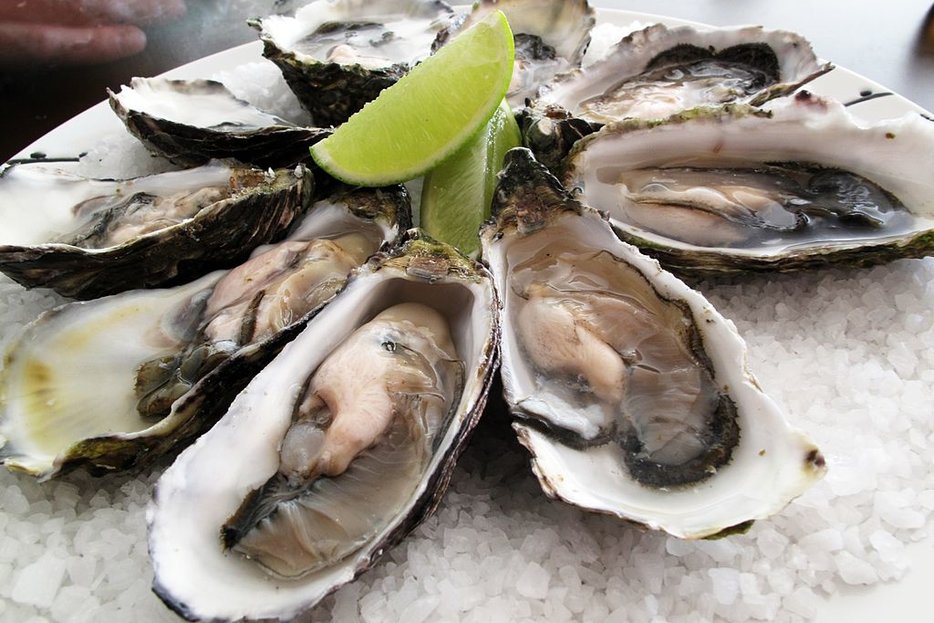 I’ve been eating oysters. This wouldn’t be news, but I’ve been vegan for five years. My professional life as a food writer depends on this nut-cheese niche, and I’ve abandoned it for mid-day lunches I can’t share on Instagram.

The consumption of these bivalve mollusks began soon after my brother’s sudden death last October. On my first trip out of the house alone, I went to the John Dory Oyster Bar for the release of a cocktail book. There, a table of oysters, four varieties on ice, served as the centerpiece to the room. There were also charcuterie and antipasti and other standard book launch fare, but they hadn’t caught my eye. I got a cocktail and sat by the window, growing restless. I stared at the oysters, thinking about summer lunches on restaurant decks that jutted out into the Great South Bay. What was it my dad always ordered on the half-shell? Clams? Or oysters? Either way, my brother never ate them. The smell of seafood made him cry as a baby. In his twenty-six years on earth, he never developed a taste for it.

He would wave chicken wings in my face every time I tried to go vegetarian as a teenager. He was five years younger than me, but he taunted me like an older sibling. Meat was always something we could agree on: At Taco Bell, we ordered our hard tacos with nothing else. At The Old Olive Tree, the neighborhood Greek restaurant, our gyros weren’t sullied by onion or tomato or tzatziki. We devoured chicken fingers. We loved our mother’s breaded cutlets and juicy steaks.

Quitting meat was an affront to our bond. No meal we ever shared again came without his shaking his head at me, confused and annoyed by my choice to differentiate myself from who I was as a child. On our last vacation together, a few months before he passed, he was still offering me chicken fingers.

In the fog of grief, I didn’t know why I was doing anything, much less not eating oysters, so I walked over to the table. Moving quickly and looking at the shuckers with guilt in my eyes that surely they couldn’t understand, I added two to a plate along with the cocktail sauce, a mignonette of vinegared shallot and a hunk of lemon. Back at my window seat, I hunched over to hide them from anyone who might know me, and slurped them down.

The brine, the fleshiness, immediately made me feel alive—and only slightly guilty. God had taken someone from me, I reasoned, and I could inhale some of his creatures in exchange. Feeling insane after this transgression, I scurried out and wondered about the implications. I wasn’t vegan anymore, was I? Or did the clock start back up anew? Did I care?

In To Grieve by Will Daddario, he recounts a year in which he lost his father, newborn son, grandmother, friend and cat. “Might there be such a thing as an ethics of grief,” he writes, “a practice of turning my full attention to the specificity of each loss so as to carry such loss in me and to become, in the words of Gilles Deleuze, worthy of what has happened to me?” His attempt to answer that question includes the idea that “grief does you,” that no matter what you try to busy yourself with, the pain will manifest—perhaps in a way that destroys your sense of self. The oysters, I thought to myself upon reading, are grief having their way with me.

I confessed my sin first to my mother and boyfriend, the latter becoming an accomplice in my extravagant oyster lunches. I dabbled in mussels but they didn’t have the same immediacy, the same sensuality. You needed a utensil. They weren’t raw; they were always already drowned in sauce. Oysters, fleshy and immediate and always still tasting of the sea in which they lived, satisfied my new deep rage. I’d cared so much, for so long, about creatures I could never communicate with, disconnecting me from people I loved—there didn’t seem a point to trying so hard to be good anymore.

If that were my logic, then couldn’t I justify eating anything? Why were oysters where I stopped? A secret visit to Brooklyn’s famous Peter Luger Steakhouse became a common fantasy. There I could draw blood. There I could suck marrow from a bone. I imagined breaking apart a rotisserie chicken from Costco like we used to eat as kids—stuffing its salty skin into my mouth. I asked my boyfriend one night out of nowhere, not yet knowing that my first panic attack was arriving, “Will I die without eating mozzarella sticks again?”

On Christmas Eve, with family, I got incredibly drunk and confessed to all of them. “I have been eating oysters!” I declared to cousins and aunts and uncles, to my sister. “I wanted to eat something that had been alive. I wanted to take something from God,” I told them. Everyone understood. Everyone had been there to see me scream when I saw him in the casket.

My uncle, my mother’s twin, offered a story that helped me understand why I might be running toward seafood. When I was very small, my grandma, who died when I was only five, would take me to a restaurant to watch me eat an entire lobster. “She thought it was funny,” he said, my small body containing such a large appetite. I was always encouraged to satiate that appetite, to eat everything. Maybe veganism was against my very nature.

Over the next few weeks, I ordered poached eggs on my avocado toast. I stopped asking too many questions of those serving me and sipped a rich tiki drink from a ceramic pig, then found out there was heavy cream in it. Many of the next twenty-four hours were spent on the toilet—part physical reaction, part guilt, part not knowing who I was anymore.

The intense fog of grief lifted on occasion and I could make sense of my choices again. Or, at least, I knew that I had to, that I had to impose some order or who knows what else grief could make me do? My brother, who never stopped wanting to see me give up and eat a chicken wing, will have to be a better ghost if he wants to get his wish.

But I keep eating oysters. They feel no pain, I read. I return to the site of that first transgression, John Dory Oyster Bar, two martinis into a Saturday afternoon, trying to re-create the rush. When I have a chance between appointments, I sit at the Grand Central Oyster Bar’s counter to have my boring Blue Points judged by the gruff old man behind it. I’m from the same place as these oysters, I want to tell him, in my defense. I’m trying to taste the past.

This pursuit of oysters has given me purpose by connecting me back to someone I used to be, someone whose brother was alive, whose brother was at the table on summer days as boats came in from the same bay as those oysters—even if he never liked them. “Sometimes I eat a fast food fish sandwich just to remember my grandmother,” a friend tweets, “then I realize I’m trying to remember myself before all this.” Me too.

Daddario writes, “While I might want to abandon the ocean for solid land and pretend that my surroundings are permanent and structurally sound, I must allow the weight of grief to shape my vision of the world and of myself in the world.”

The ocean is where grievers reside. It’s where we’re comfortable, as the sadness moves in waves: a few days of energy, a crash. Nothing feels stable—not my family, not my mood, not the food on my plate. Will I die without ever eating mozzarella sticks again? Probably. But for however long I’m in the ocean of grief, there will be oysters to bring me ashore. 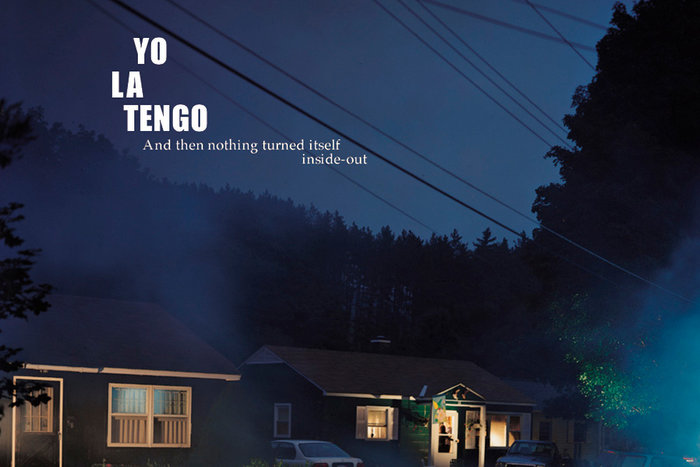 Close Read
Reckoning with Ambiguity
On Gregory Crewdson’s photograph “Untitled (Beer Dream),” the cover art for Yo La Tengo’s And Then Nothing… 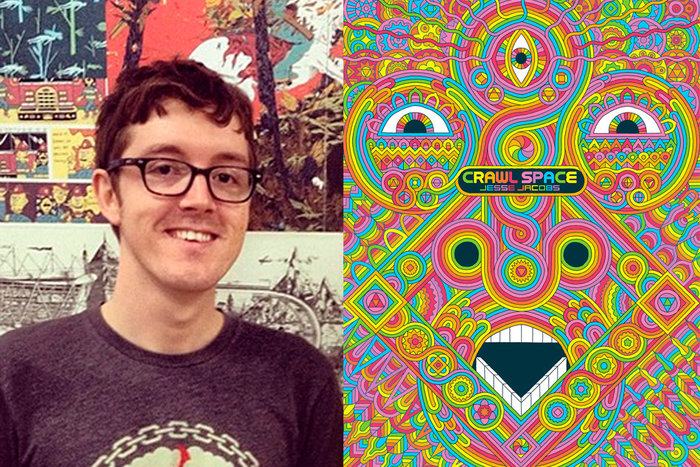 Interview
‘So Many People Are Allergic to Ideas of Spirituality’: An Interview with Jesse Jacobs
Talking to the Crawl Space cartoonist about putting characters in danger, the union between humans and nature, and the…