Kristen Arnett is the NYT best selling author of the debut... 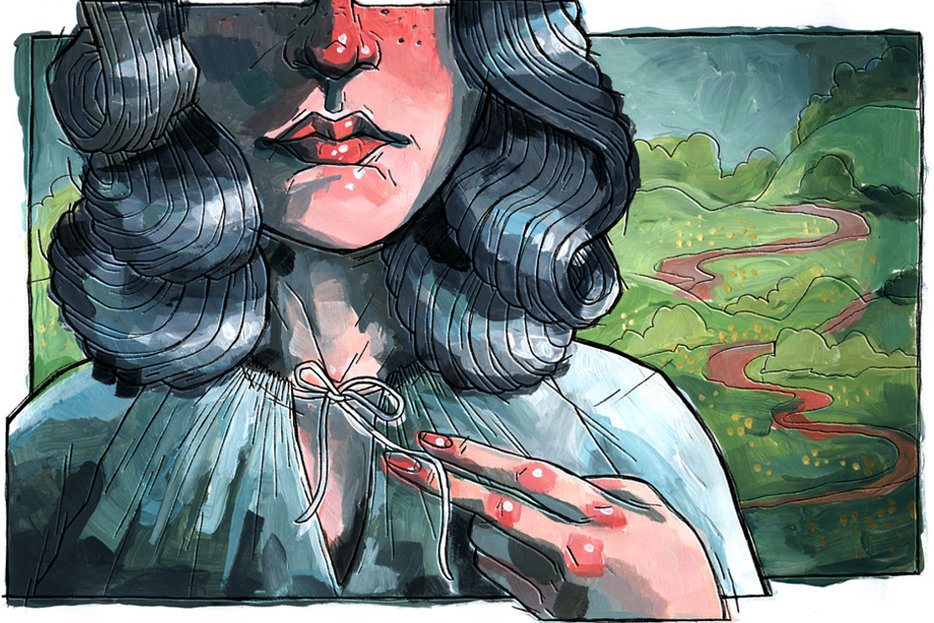 Visiting the World Showcase at Epcot when you’ve had three red wines and a Canadian beer in the outdoor pavilion so you drunkenly ask the attendant at the movie theater in France what Paris is really like:

The attendant smiles and says, “come watch the movie.”

If you lay on the floor before the lights dim they make you get up, but if you wait until it’s dark they don’t care what you do. From opening to close, the same film plays every sixteen minutes. In rural, rustic France, wooden carts bustle past soaring, fairytale castles. The fields are dotted with pristine white sheep. Female attendants who work at Epcot, France wear long, russet skirts and peasant tops that tie delicately at the throat. The attendant asks the audience to enjoy this introduction to her home. She says “home” like you might mouth a packet of Splenda. The panoramic screen reveals a view of rocky ocean cliffs and even more soaring castles and cyclists and more sheep and women carrying oversized baskets of bread. Every sixteen minutes the same country road winds along valleys sprinkled with tiny yellow wildflowers.

Places people like to fuck at Disney: The Haunted Mansion, It’s a Small World, and the sixteen-minute movie in Epcot, France. Stains dot the theater seats, the curtains, and the floor where you can lay if you wait until the lights dim. Only after the lights dim, the attendant says. Not a second earlier.

“The music is from Beauty and the Beast,” she whispers in my ear. “Like from the Disney version.”

If you lay on the floor after the lights dim you see people’s feet and bagged merchandise from every country in Epcot. Around the world in less than an hour if you don’t stop to watch the sixteen-minute movie in France. A woman feeds her partner a chocolate-covered strawberry bought from the pavilion and he licks the residue from her fingers. You’re not supposed to eat in the theater, but according to the attendant, nobody cares what happens after the lights dim. These people eat chocolate-covered strawberries and wear sport sandals. They’re climbing each other like real sports enthusiasts, I tell the attendant. One of them kicks a bag and it rustles. Ocean waves crash against the rocky shore. Sheep bleat beside a moated castle.

The attendant says she’s heard it a thousand times before: the movie soundtrack and the fucking. The lights have dimmed so we’re on the floor and she’s untying the delicate knot at her throat. I knew this would happen just like I knew it would happen the last time like I know it will happen again. Next weekend. A month from now. Tomorrow. Every sixteen minutes the attendant introduces a film about her home in a peasant top that ties delicately at the throat. The cyclists speed down the road past a cart full of bread. Sheep saunter up the hill, guided by a man in blue slacks. People in the back of the theater wear sport sandals and feed each other chocolate-covered strawberries and fuck next to a rustling bag of Epcot merchandise. Tiny, yellow wildflowers.

During her introductory speech, the attendant says you can leave at any time by exiting the theater to your left. No one gets up. There’s only rustling bags, chocolate-covered strawberries, sport sandals, fucking. When I ask the attendant if she ever stays to watch the movie with special guests, she takes my hand.

Do you ever stay and watch the movie means: will you lie on the floor with me?

Do you ever stay and watch the movie means: will you untie the delicate knot at your throat?

Do you ever stay and watch the movie means: I will not take you to dinner after this, we won’t go home together, I did that in another life with a woman like you but that tenderness is gone now, sixteen minutes is all I can offer, please, I’ve already given the other parts of myself away, do you understand?

Pan over a snow-capped mountain. A line of people ski down its frozen side like a trail of ants. I tell the attendant the frosted mountain looks like mint chocolate chip ice cream and she laughs. “I haven’t heard that one before,” she says, but I’m positive she has. Villagers sell pink and white flowers from a wooden cart. The attendant pulls up her skirt, loosens the knot at her throat. A woman on screen carries too much bread. The man herds sheep in his blue slacks.

“Three red wines and a Canadian beer,” I tell the attendant when she asks what I had for dinner. She’s asking what I had for dinner because she’d like us to get dinner. There’s no dinner in our future, but we will lay on the floor of the movie theater. I know this the way I know the movie repeats every sixteen minutes. The attendant touches the delicate knot at her throat and undoes it using only two fingers. Wooden cart, castle. Pink and white flowers. Bleating sheep.

Midway through the film a couple exchanges marriage vows inside a crumbling chapel. The music piped over the ceremony is familiar. “It’s what they use in Beauty and the Beast, the Disney film,” says the attendant. The bride wears a white dress and a shimmering veil. When the couple kisses, it looks like they’d rather die than let their lips touch. When my wife kissed me on our wedding day, she was so nervous her lips trembled. We did not listen to Disney music and there were no castles. Her hands left damp marks on the paper she carried so she could remember the order of the vows. We lit a white candle and the wind blew it out. Every sixteen minutes the couple in the film gets married. Every sixteen minutes they kiss like they wish they could take it back.

In the movie theater, the lights dim and the attendant hikes up her skirt to reveal socks that buckle over the knee. “They’re regulation,” she whispers, when I slip a finger beneath the elastic band. Behind us, plastic bags rustle and people’s legs move back and forth as they fuck and the attendant wants to know why I’d have three red wines and a Canadian beer for dinner, but what she’s really asking is why won’t I have dinner with her. Dinner isn’t on the table. We served chicken at our wedding so stringy I picked the gristle from my teeth and my wife kissed me with a mouth full of regrets. Why’d you drink dinner, asks the attendant, and I’m answering her question by ignoring it completely. This is a repeat of the conversation I had last week, two days ago, tonight, tomorrow, three weeks from now. The movie replays every sixteen minutes.

On screen a girl in a yellow dress delivers flowers to a market full of smiling, happy people. She hands out flowers until her cart is empty. In sixteen minutes, she’ll do it again. Flowers, the wooden cart, cyclists, skiers racing down the mint chocolate chip mountain, a lone woman carrying too much bread. The attendant rolls down her regulation socks and undoes the delicate knot at her throat. My hand slides up her thigh. Sheep dot the landscape like someone ripped open a pillow. There are castles everywhere.

I ask the attendant what Paris is like and she says “it’s exactly like this,” but her eyes get wide when she says it and I know “exactly like this” means she’s willing to be whatever I want. Why did you drink dinner, she asks, and it’s an echo in the valley between the ice cream mountains as the bags rustle and the people eat chocolate-covered strawberries and fuck in their sport sandals and we lie on the floor, once the lights are dim. The couple gets married in the crumbling chapel every sixteen minutes and they kiss like strangers. We lit the candle at our wedding and the flame blew out while I laughed, but my wife’s lips trembled and her hands sweat all over our vows and there were no castles anywhere.

Why did you drink dinner? The attendant asks, and up come the lights.

People pick up their bags and move out of the stained seats so other people can sit in the stained seats and set down their bags on the floor beside bits of popcorn and discarded gummy candies. In a few minutes, the attendant will loosen the knot at her throat. Roll down the regulation socks. Three red wines and a Canadian beer slosh in my stomach in lieu of dinner. There will never be dinner with this woman. There will never be dinner with any of them; there will never be. The movie replays every sixteen minutes.

“Please enjoy this introduction to my home,” and we begin again. Sheep. Crumbling chapel. The couple kisses in the church and their mouths are trembling. Every wedding kiss is an earthquake. Pink and white flowers. Castles.

We can slip down to the floor, the attendant whispers, once the lights dim.

Kristen Arnett is the NYT best selling author of the debut novel Mostly Dead Things (Tin House, ‘19). She is a queer fiction and essay writer. She was awarded Ninth Letter’s Literary Award in Fiction and is a columnist for Literary Hub and her work has appeared at North American Review, The Normal School, Gulf Coast, TriQuarterly, Guernica, Electric Literature, McSweeneys, PBS Newshour, Bennington Review, Tin House Flash Fridays/The Guardian, Salon, The Rumpus, and elsewhere. Her story collection, Felt in the Jaw, was published by Split Lip Press and was awarded the 2017 Coil Book Award. 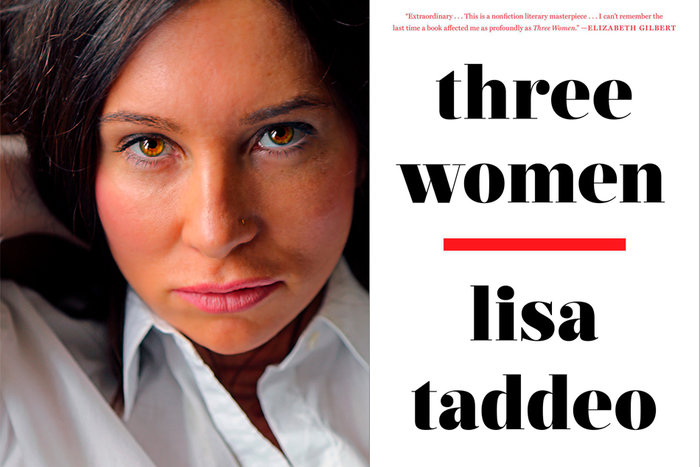 Interview
‘We Can’t Change History, But We Are Complicit in Perpetuating It’: An Interview with Lisa Taddeo
The author of Three Women on desire, community, and the male gaze. 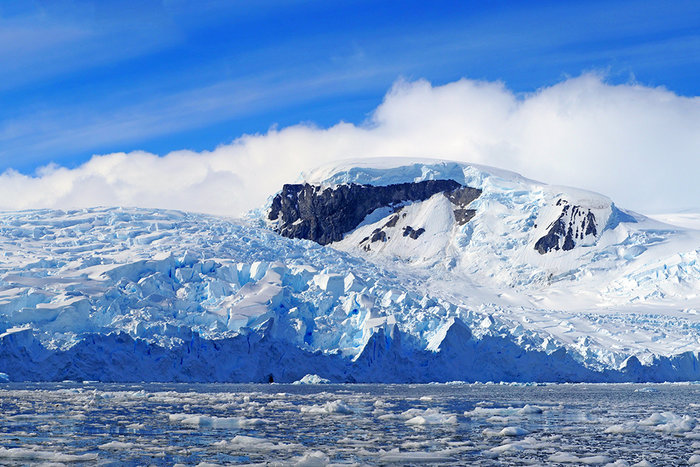 Travel
In Search of Absence in Antarctica
It’s not that I divide my life into the periods before and after I went, exactly. It’s more that the trip accelerated a…