The Year in Taxidermy

I’ve been trying to scrape something free and nothing’s budged. It’s possible I’ve scraped out all there is to give. What is the thing I was looking to salvage?

Kristen Arnett is the NYT best selling author of the debut... 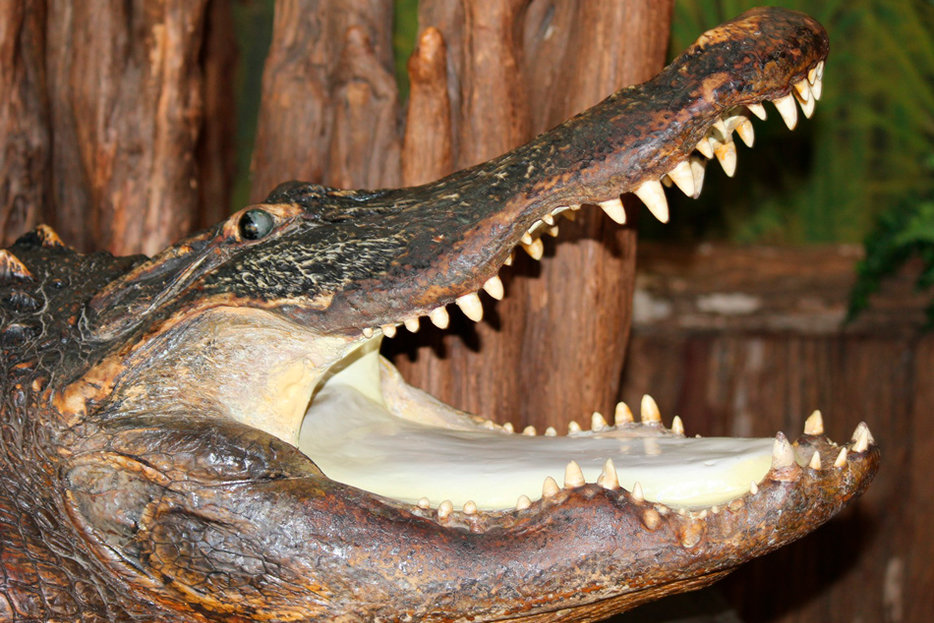 A Taxidermy alligator at the Okefenokee Swamp park.

A good way to think about taxidermy is to imagine you’re God.

Take the dead thing and resurrect it. Shape it in your own image.

I grew up in an evangelical household. I know all about mortification of the flesh, the zombie special-feature of a body rising from the dead, the marvel of the reanimated holy corpse. What I needed to know was how to resuscitate a thing that I’d killed. Taxidermy provided some of those answers. There were processes and procedures. I wanted to perform miracles, scrape out everything wrong with my life. I wanted to gut myself.

I knew I could not.

Listen, it’s rough to need gentleness when all you’ve ever wanted to wield is a jackhammer.

This is the year I finished writing a book. It was about taxidermy, sure, but it was also about intimacy. Much like those mounted animals, people are forever trying to preserve their memories. Dorothy Allison says, “change, when it comes, cracks everything open,” and as usual, she’s right. Nobody ever wants change, but apparently it’s a necessary part of the human emotional process.

I’ve spent a lot of time trying to resuscitate things that didn’t want to live. I know I can be impulsive. I want to bust things apart, rush, feel something spill wildly out of me like a burst dam. Taxidermy says: hey, slow it down. Chill. We’ve got a lifetime, buddy.

A friend brings me a gator skull as a gift. Drunk in the Taco Bell drive thru, I kiss it directly on its bony mouth, leaving behind a smear of lipstick that bloodies the teeth. I wanna feed it a Crunchwrap Supreme. I wanna take it on a moonlit date, that’s how much I love this ode to dead Florida. After my friend drives me home, I set the skull on a shelf. It’s a reminder that I’ve somehow managed to write a book, something just as purposefully constructed as taxidermy. Words stitched together. A solid spine.

I’ve thought about taxidermy the way I’ve thought about my own body. A site of violence, a thing I’ve curated, tended, flesh that other people have touched and marveled at, an organism hollowed out, rubbed, constructed with purpose. Taxidermy is queering; it is an othering, and that is also me, a thing queered up and fucked up and positioned with intent.

Writing a novel about taxidermy meant that I was thinking about dead things all day long. I researched topics that probably landed me on several government watch lists. Here are notes for the best way to dissolve flesh. Look, a website about different kinds of hunting knives. I’d like to know the best way to dislocate a jaw, thank you very much. How do tendons connect at the joint and what kind of upper body strength would it require to cut a throat? There are so many ways to dismember a body.

It’s much harder to put everything back together again.

When I touch my pets, I’m palpating the shapes of their skulls beneath their fur. Feeling for their small, hardworking bones. Admiring their litheness. I think about what it would be like to taxidermy them, if they leave me—not if, I always have to remind myself of this—not if, but when.

If you scrape out an animal, you’re removing the meat. The blood. The heart. Everything must go. You’re divesting the body of something essential, the living parts, which get chucked in the garbage.

All the best stuff inevitably rots.

I’m not gonna lie, it worries me that I relate so fully to the taxidermied squirrel I bought off eBay for nineteen dollars and ninety-five cents, not including shipping and handling. The squirrel rides a bicycle—Barbie’s pink beach cruiser, specifically. The squirrel is holding a miniature beer and he’s got a face like mine, I think; one that a boy in high school once described as “space ratty.” I love this little monster, hell on two wheels, wearing a tank top and cut-off jean shorts. We’ve got a lot in common. We both look like we’re ready to bite someone.

“If I’m writing about taxidermy, I should own some,” is what I told myself, but when I looked at that animal all I could think about were the ways I’ve stalled out my life because I can’t deal with emotional upheaval. Look here, see the dead things I’ve preserved: my failed marriage, my severed relationship with my family, Twitter memes that have been over for months. Friendships I’ve maimed because I don’t know how to say I want something more. Tell me how to resurrect the things I once loved, I think, because I can’t imagine loving anything else ever again.

I set my squirrel on a shelf high enough the dogs can’t eat it. I look at that squirrel on the bike and admire it, but I also have a constant compulsion to dissect it. I wanna find the seam where he opens, root around inside the cavity, finally understand what I’ve been missing. A woman texts that she wants to know my unknowable parts, and I tell her that’s the thing about unknowable parts, they’re unknowable, and then I lose that number. It’s better to just be funny, I think. The great thing about a joke is that there are a million ways to tell one, but you’re always looking for the same result: a laugh.

A joke is the most taxidermied thing there is.

I watch videos of do-it-yourself taxidermy, go on message boards and read about fleshing machines, buy ancient how-to breakthrough manuals I read floating drunk in the bathtub. Beer drips condensation down the page, licking a sad tear down a butchered deer’s caped face. There are so many different tools you can buy. Scrapers, tanners, acid baths. If you wanna open up a body, you’ve got a lot of options.

Taxidermy is a memory. It doesn’t replace the thing it used to be. Part of the appeal of taxidermy is that it serves as a way to keep that one good moment with you, forever.

When someone says “tender,” I flinch. It means openness, a wounding, something that shocks your nerves raw. Other people hear that word and think of the softness of two palms pressing. Tender like an open mouth, waiting for a kiss. It’s not a flaying; it’s infinitely delicate. Gentleness scares me more than anything. It’s so easy to turn something tender into something tenderized. To make the hard thing soft means anyone can smash it to bits.

Oh, it has been a year of being the taxidermist, but maybe it has also been the year of being taxidermied. I’ve been trying to scrape something free and nothing’s budged. It’s possible I’ve scraped out all there is to give.

What is the thing I was looking to salvage?

Sitting outside my house with that taxidermied squirrel, I listened to the scree-scree of the cicada bombarding the oaks. I touched that squirrel’s whole body. The tail. The head with its liquid black eyes. It looked alive. It looked dead. It looked somewhere in the middle. It looked like it couldn’t decide what it wanted, either. I fully sympathized.

In this year of taxidermy, friend, I looked inside and found hollowness, sure, but there was also room for growth. Places that could be filled.

Kristen Arnett is the NYT best selling author of the debut novel Mostly Dead Things (Tin House, ‘19). She is a queer fiction and essay writer. She was awarded Ninth Letter’s Literary Award in Fiction and is a columnist for Literary Hub and her work has appeared at North American Review, The Normal School, Gulf Coast, TriQuarterly, Guernica, Electric Literature, McSweeneys, PBS Newshour, Bennington Review, Tin House Flash Fridays/The Guardian, Salon, The Rumpus, and elsewhere. Her story collection, Felt in the Jaw, was published by Split Lip Press and was awarded the 2017 Coil Book Award. 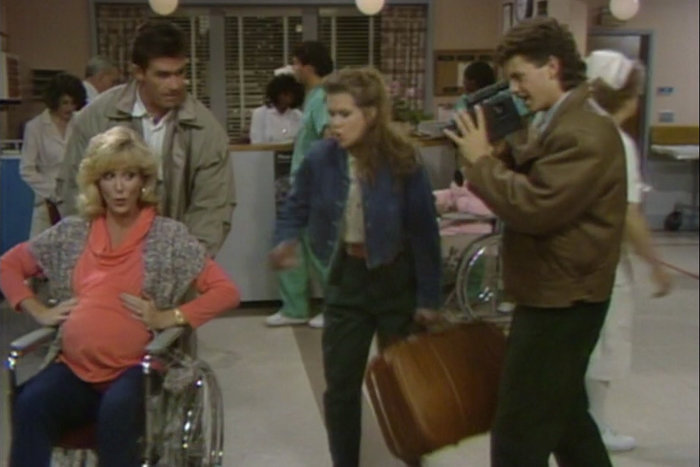 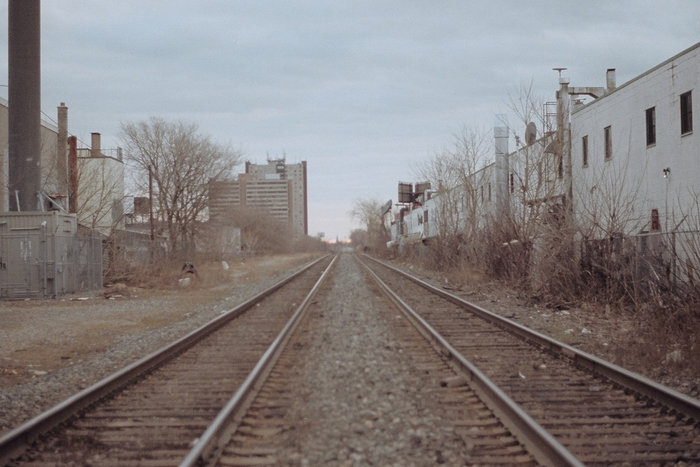 Culture
Skin Worn Thin
Every time someone sees me as either white or black, I wonder, is passing an act of capitulation, or resistance? A…