It’s not the first time critics have announced the death of cinema, or harkened nostalgically to past golden ages. But judging the digital revolution in moviemaking is about more than counting critical hits and misses, or lamenting a decline in dramatic realism.

Tomas Hachard is a film and book critic for NPR. His work has... 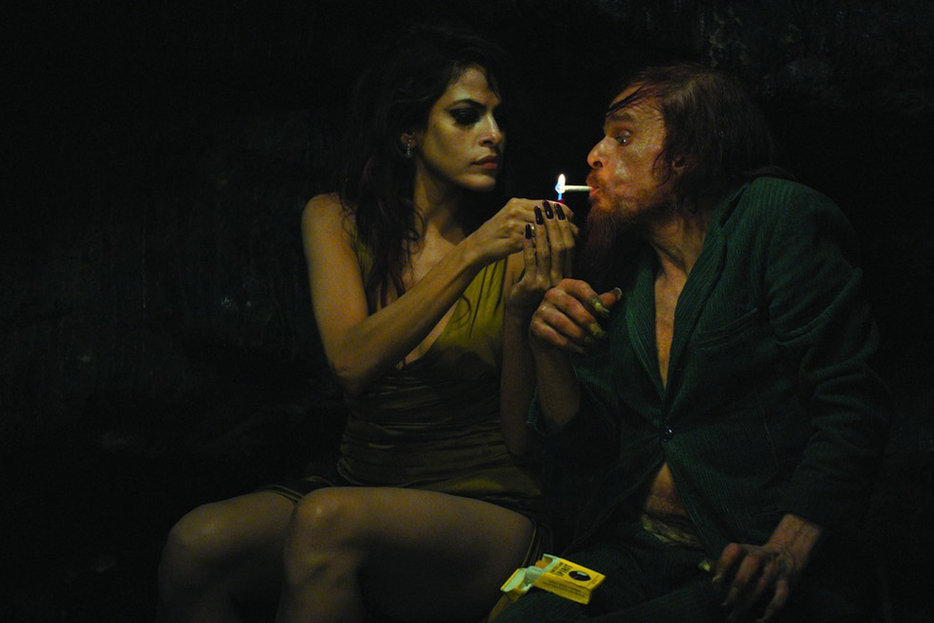 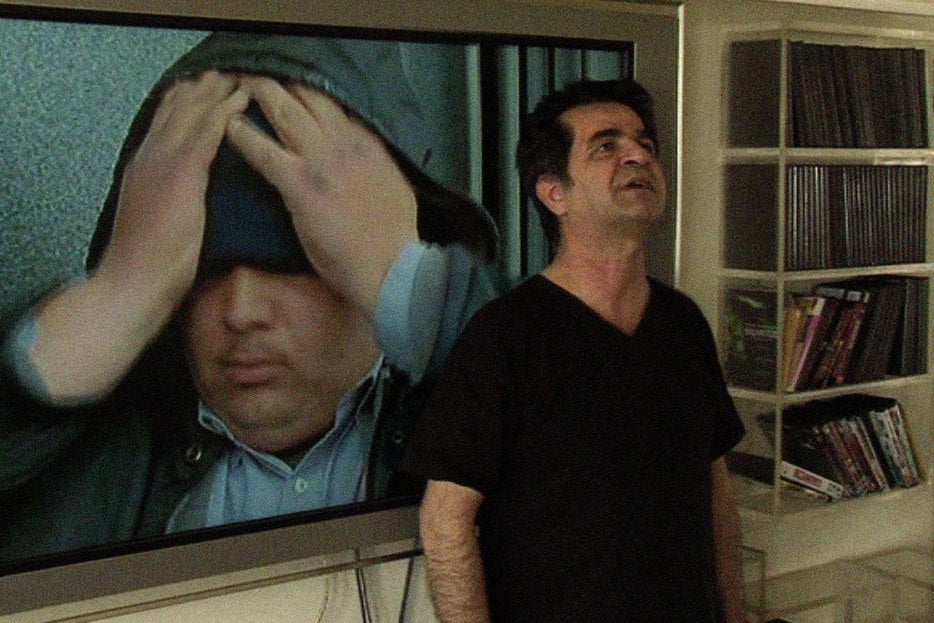 The movies may be dying, but we’re mistaking what that means. In September of last year, two separate articles by David Denby and David Thomson sparked a debate about the paltry state of Hollywood films and whether the art form had any future. In the months following their articles, many releases (Zero Dark Thirty, Django Unchained, Lincoln, to name a few) allayed any fears of Hollywood’s (and, if you look further, certainly world cinema’s) complete demise, as did some responses to their pieces. But one culprit underlying both Denby and Thomson’s arguments kept popping up, its widespread effects looming increasingly over a number of new films. At every level—from the cameras and effects available in post-production, to the projectors used in theaters—the rise of digital technology is changing moviemaking in ways not seen since the advent of montage, sound, or colour. And it’s this revolutionary force that movies today, from foreign, critical darlings like Holy Motors to box-office behemoths like The Hobbit, are contending with on various levels.

Denby and Thomson’s critiques bemoan both cinema’s decline in slightly different ways. While Denby attacks the Hollywood studios for producing a constant stream of mindless blockbusters and refusing to risk money on thoughtful, mid-budget features like Moneyball or Michael Clayton, Thomson traces the cause further back. In the 1940s and 50s, he argues, films were “founded in story, character, and the kind of threatened humanism we might have expected in the novel.” But in the following decades, audiences seemed to find these stories blasé, and films—he cites Godard in particular—grew overrun by irony, camp, and self-awareness. We began “killing the medium,” Thomson writes, “by grinding story down to sawdust, and encouraging the self-consciousness of disbelief, and undermining the innocence of sincere sentiment.”

The two agree completely agree, though, on digital technology and the lamentable consequences it has had on realism in cinema. “As special effects burgeoned in the 1970s,” Thomson writes, “the computer and digital technology came to [movies’] aid, and photography itself was laid to rest…. The movies were always a dream and a fantasy, but for about five decades they were anchored in the lifelike nature of photography.” Cue Denby: “If the illusion of physical reality is unstable, the emotional framework of movies has changed, too, and for the worse. In time—a very short time—the fantastic, not the illusion of reality, may become the default mode of cinema.”

A few weeks after Denby and Thomson’s pieces were published, critic J. Hoberman—who also released a book this year about the future of cinema entitled Film After Film—gave a lecture at the Milwaukee Film Festival. (Full disclosure: I was once Hoberman’s research assistant.) In it, Hoberman describes digital imagery as an agent of change that affects the most fundamental characteristics of moviemaking: a “radical impurity” introduced “into the cinema machine.” Like Denby and Thomson, he argues that, while movies once aimed for what André Bazin called “total cinema”—a complete representation of reality on screen—they now dedicate themselves increasingly to the opposite: creating whole new worlds rather than capturing the reality of our existing one.

Unlike Denby and Thomson, however, Hoberman expands into a broader conversation about digital technology, which, though normally associated with CGI, also encapsulates changes like the proliferation of low cost digital cameras and sophisticated computer editing software. As Hoberman points out, movies like Alexander Sokurov’s Russian Ark, which is made up of one continuous tracking shot, and The Clock by Christian Marclay, composed of hundreds of scenes featuring a clock into a seamless 24-hour video collage that also tells the time, are as much products of our digital age as The Avengers. 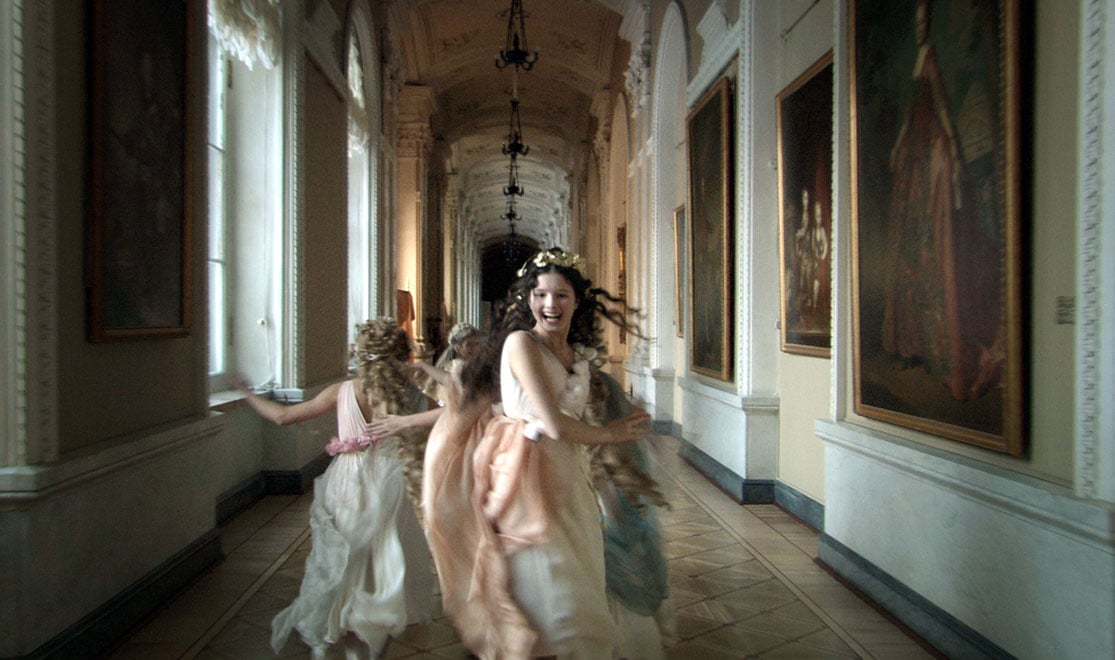 This more capacious view of digital technology’s effects is a necessary corrective to such doomsaying that only focuses on specific deficiencies or losses. When changes in form breed new kinds of content, the process both precludes previous possibilities and creates new ones. It’s important to judge whether the overall product has improved as a result or not, but a cause and effect scheme as limited as digital = less realism = worse movies can’t do justice to the consequences of digital technology in moviemaking.

While digital imagery in many cases distances film further away from reality, it was only the maturation of digital 3D technology that allowed Wim Wenders to so powerfully capture Pina Bausch’s dance routines in Pina, one of the best movies from 2011. You don’t need to be a big fan of digital orcs and elves or Avatars and Lives of Pi (I’m not, for what it’s worth) to appreciate that new technology can be a welcome ingredient in a film without overwhelming it. Sometimes, it’s not visible at all. As Hoberman mentions in his talk, digital cameras allow documentaries to film in places that were previously hard to reach or hard to smuggle footage from, like in one of last year’s highlights, Jafar Panahi’s This is Not a Film. In 2010, the Iranian director was sentenced to six years in jail, and forbidden to make movies for 20, after being arrested at an anti-government protest. Shot by necessity on digital—including, at times, with a cell phone camera—This is Not a Film documents Panahi’s time under house arrest while waiting on an appeal decision. It’s a dispatch, a call to arms, a heartfelt document of personal resistance, and it was only screened at Cannes after being smuggled out of Iran on a USB key inside a cake.

Just the name of Panahi’s film gets right to the point, of course, and many a film critic pounced on it. Reviewing the film for the New York Times, A.O. Scott wrote: “How did Mr. Panahi do this? I’m at a bit of a loss to explain, to tell you the truth, since my job is to review movies, and this, obviously, is something different: a masterpiece in a form that does not yet exist.” It’s worth it to double down on that: This is Not a Film is not just a film; it’s a hallmark of cinema’s future and vibrancy.

One of 2012’s best films, Holy Motors, plays against its own nostalgia for film history with the masquerades (constructed digitally and as well as through costumes and makeup) of its main character, Oscar. While the film is a trove of references to the past, Oscar is a contemporary secret agent of make believe who, over the course of the film, moves through Paris completing unexplained assignments that require him to play a menacing leprechaun, an assassin, and a homeless woman, among many other things.

With its originality and energy, Holy Motors takes a lively step into the future even as it looks back fondly at what came before it. In their review for Time, Richard and Mary Corliss fittingly quote Samuel Beckett’s phrase from The Unnamable, “I can’t go on, I must go on,” to summarize Oscar’s struggles through the movie, and it works also for cinema. As Thomson points out in his piece, cinema’s history, from shorts to features, silence to talkies, black-and-white to colour, has been one of many deaths. But given Thomson’s pessimism in saying so, we should also remember the omitted conclusion to Beckett’s phrase: “I’ll go on.”

Denby, for his part, is not all doom and gloom, finishing as he does with a note that “digital is still in its infancy, and if it moves into the hands of people who have a more imaginative and delicate sense of spectacle, it could bloom in any one of a dozen ways.” But he, like Thomson, also spends much of his article covering the age-old lament about golden, silver, and platinum ages that lie behind us.

Even if it were true that, once you crunch the numbers, the digital age produces fewer great films than analog times, the point is moot, the damage is done, and we must move on with what we have. In an issue of the film quarterly Cineaste that also contains a symposium on the shift from 35mm to digital projection—yet another battleground in this war—Maria Garcia writes about five acclaimed editors who made their names splicing physical film and now work exclusively with computer programs. Even amid their nostalgia for the past and significant doubts about digital moviemaking, their adaptive attitude is instructive. The fundamentals, they say, haven’t changed. “What we are aiming for today is the same as what we were aiming for in 1950,” remarks Anne Coates, the editor of Lawrence of Arabia and Erin Brockovich, “emotion and supporting the story.”

In that sense, the most interesting point that Hoberman makes in his lecture, partly because he remains open to the consequences, is that digital imagery has put cinema at a crossroads not unlike what it faced in the 1890s, when the Lumière Brothers and Georges Méliès presented two paths for film: documentary and illusion. For one, it reminds us that realism as the dominant mode of filmmaking was never absolute and certainly not an unavoidable conclusion. But more importantly, by harkening back to a time when film’s best achievements were still ahead of it, Hoberman puts a forward-looking spin, rather than a fading nostalgia, on the current state of cinema.

It’s telling that Denby, Thomson, and Hoberman all note different ways that contemporary cinema is returning to a state of affairs not seen since the pre-WWI era, a time when people questioned film’s relevance and importance and emerging technologies created profound new possibilities that put old art forms at risk. I see no cause for lamenting a new era of perhaps equal uncertainty. If we’re considering the full trajectory of film history, the conversation about who has a better batting average, the past or the present, misses a valuable point: revolutions in art have always had divided relations to the past, looking to some parts of it for guidance while stepping on and rejecting others. But that the past is always there to move and inspire us does not mean that we should keep to its prescribed path for success. On the contrary, from time to time we must veer off to open space for something new.

Tomas Hachard is a film and book critic for NPR. His work has also appeared in The Guardian, The Globe and Mail, The National Post, and Slate. 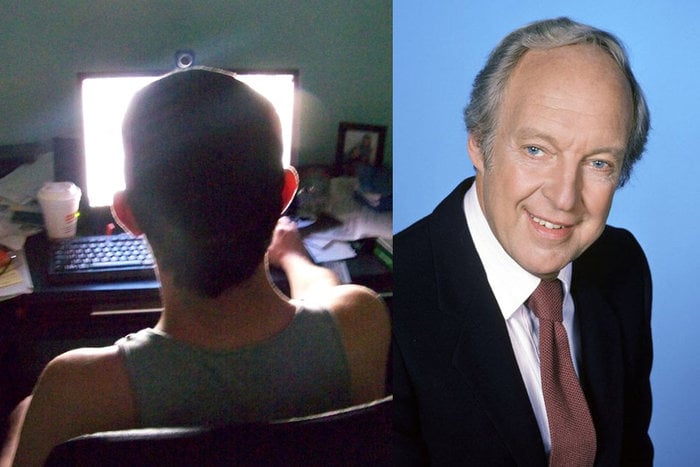 Culture War
Internet Pornography vs. the Death of Conrad Bain 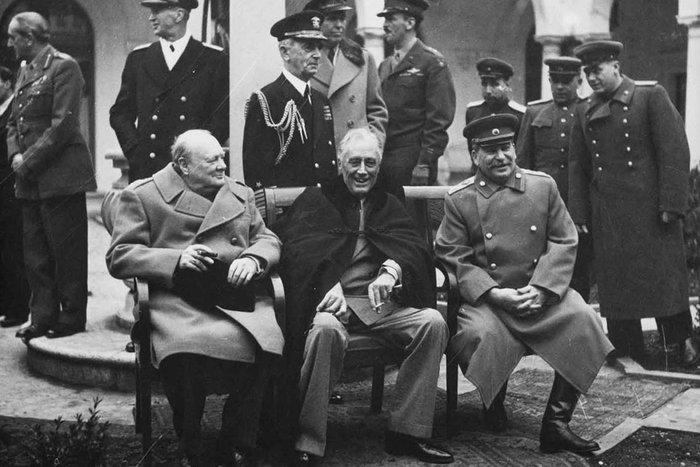 Tangent
Not Made by Great Men
The Great Man theory has serious flaws, as many have pointed out over the years. But it’s no less attractive—or…