The Burden of Living Healthy

Taking responsibility for one’s health is exceptionally difficult—and has a lot to do with class. 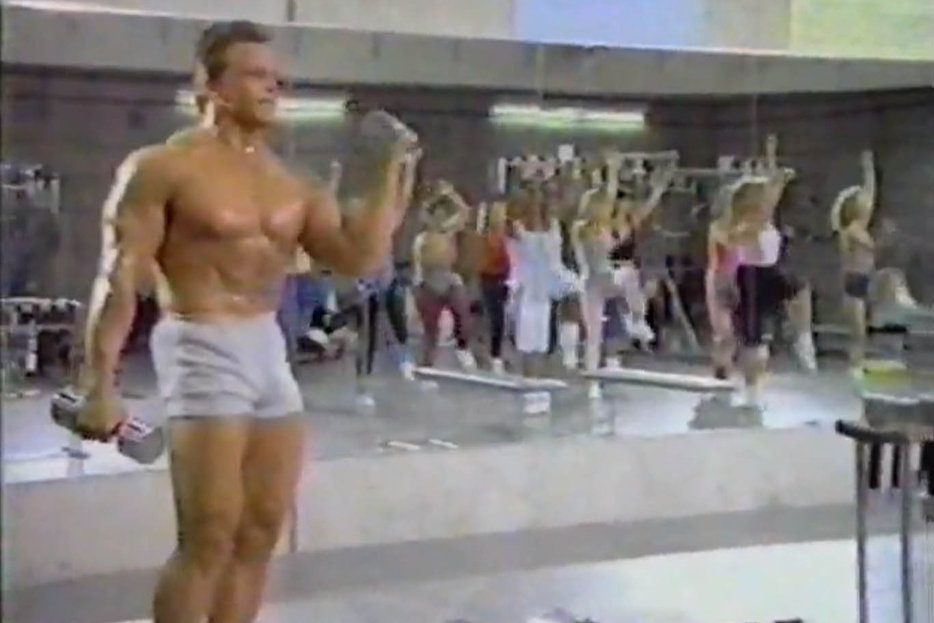 For an otherwise dry study, the 12th Annual National Report Card on Healthcare, released earlier this month, reads, in places, like a Dickens novel. The survey, commissioned by the Canadian Medical Association, polls citizens about their opinions on healthcare, as well as their own health, income, and knowledge of healthy diet and lifestyle practices. Answers split sharply along class lines. People earning more than $60,000 a year, and those with post-secondary educations reported being fitter; they exercised more, smoked less, slept better, and consumed fewer fatty foods. People earning $30,000 a year or less, and those with a high school education or less, smoked more, weighed more, and tended to describe themselves and their families as unhealthy.

Despite Canada’s system of socialized medicine, it would be disingenuous to assume that class doesn’t factor in to health—a corporate lawyer and a minimum-wage-earning janitor could be treated by the same specialist at the same hospital, yes, but the lawyer’s convalescence could be eased by a private nurse, personal trainer, and savings to cover a leave from work. What’s notable is just how unhealthy it is to be poor. The preventable mortality rate—that is, deaths related to smoking, excessive alcohol consumption, poor diet, lack of exercise, and so on—in the country’s poorest neighbourhoods is twice that of the most affluent ones.

One conclusion to draw from this is that people—poor people, in particular—need to take better care of themselves. Indeed, as rates of preventable conditions such as diabetes and cardiovascular disease rise, our focus has narrowed in on personal responsibility, on the importance of making the right choices. (Even ParticipACTION, the 1970s-era health promotion program with its goofy, earnest fitness and nutrition PSAs, was rebooted five years ago.) Our habits, as we are endlessly reminded in news reports about couch potato childhoods and the obesity epidemic, are making us sick; we have allowed ourselves to become slothful and indulgent. Meanwhile, public health campaigns encourage us to fight the drag of this inertia, to go against the pull of convenience—to work at being healthy as we would work at becoming better employees or parents or partners. Cook homemade meals with colourful vegetables and whole grains; eke out 150 minutes each week for power walks; shut off the TV; get more sleep.

This is all very well-intentioned and the advice is sound. There is no doubt we’d be healthier if we sat less and ate more leafy greens. It’s comforting, too, to think that good health is as easy as asserting a little will power: I could run a marathon, lose 20 pounds, beat cancer, and live to 100 if I just tried harder! And it would be comforting to think that knowledge accounts for the class disparity revealed in the CMA report rather than class itself. People would live healthier if they just knew how.

But that’s not true. Especially not now.

According to the report card, as recently as 2009 the health gap between the rich and poor was less pronounced. Today, when asked specifically how the recession has affected their health, the poor were more likely than the middle-class and above to say that they felt stressed about their finances; that they cancelled or delayed dentist appointments because of money concerns; that they lost sleep, skipped meals, ate cheap packaged foods, didn’t join a gym, and didn’t buy prescription medication because of their economic troubles. Knowledge about health was not an issue: more than 90 percent of those polled agree that healthy eating can increase longevity and prevent disease and weight gain; and, tellingly, poorer respondents were more likely than wealthier ones to say that their diet needed improvement.

One of the most damaging myths about poor people is that they are lazy, that they lack drive, and that their situation is, in some way, their own fault. And reading the CMA’s survey felt like witnessing numerous acts of self-flagelation, as the poorest respondents reported their bad smoking habits, their family’s sedentariness, their inability to purchase food they knew was more nutritious than what they were currently eating. Knowing how to live healthy didn’t make their situation any better. I suspect that, for many of them, the gulf between knowing what to do and having the resources to do it only made them feel worse.

Will power is tough for anyone to muster. The dozens of decisions and exertions of self-control that go into working out each day (finding a gym, buying the shoes, packing the bag, setting the alarm earlier, sacrificing spare time) and the dozens more that lead to healthy eating (studying recipes, making a grocery list, shopping, preparing food from scratch, washing all the dishes) are enormously taxing. Now add to that a busy job. A couple of kids. Now, imagine that job is physically stressful and low-paying, and those children need daycare that absorbs a significant part of your paycheque. And now suppose your neighbourhood doesn’t have a decent grocery store or community centre or safe playground.

If you fail to rise above these difficulties, it’s not a testament to your lack of fortitude or stick-to-it-iveness. In their recent book Willpower: Rediscovering the Greatest Human Strength, John Tierney and Roy F. Baumeister explain that our brains get burnt out from decision making, a process known as ego-depletion. No matter how sturdy our moral fibre, we have a finite amount of mental energy to make well-considered choices. Make too many and you will inevitably either succumb to recklessness, or shut down altogether.

This is especially evident among the poor, who perpetually struggle with potentially catastrophic choices: pay the rent, or buy antibiotics for a sick toddler; stay with the abusive boyfriend who covers the bills, or run away to a shelter. Viewed through the neuroscience of ego-depletion, the correlations that do exist between lower income and unhealthy habits—such as higher rates of smoking—are not signs of weak character. Rather, poor people are forced to make tougher, more depleting choices and endure more painful trade-offs than those who are better off. Given these realities, a fast food diet and a cigarette habit seem about as tractable as the global economic crisis.

As empowering as the personal responsibility approach to public health might be—and it’s certainly preferable to more paternalistic tactics such as sin taxes on junk food—it can also be punitive. Consider the tsk-tsking at new mothers who choose not to breast feed, or the hysteria over obesity and the attendant shaming of fat people, or the gruesome pictures depicting the perils of smoking on cigarette packages. What these tactics fail to account for are the conditions in which we make choices about our health. According to the CMA report, one-quarter of Canadians say they spend less time, energy, and money on caring for their health because of the economic downturn. Among those with the lowest levels of income and education, that figure rises to 46 percent.

Nothing is more personal than our health, how our bodies and our minds function, the length and the quality of our lives. Yet nothing is more affected by factors beyond us. Encouraging healthy choices is essential; making them feasible for all of us, even more so. 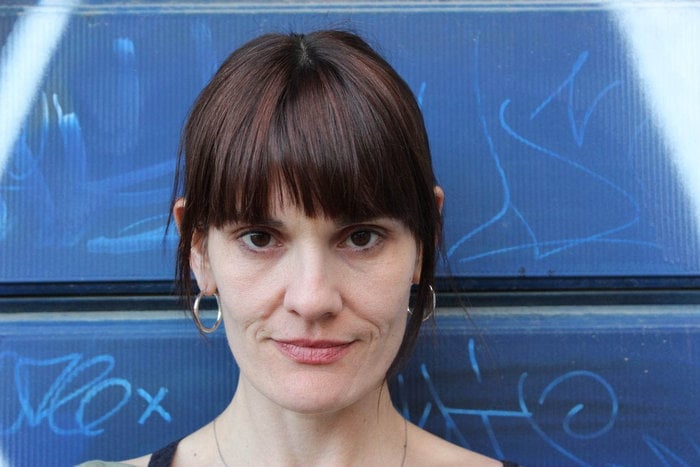 Society
The Parent Trap
In Everybody Has Everything, Katrina Onstad explores an uncomfortable part of motherhood: ambivalence. 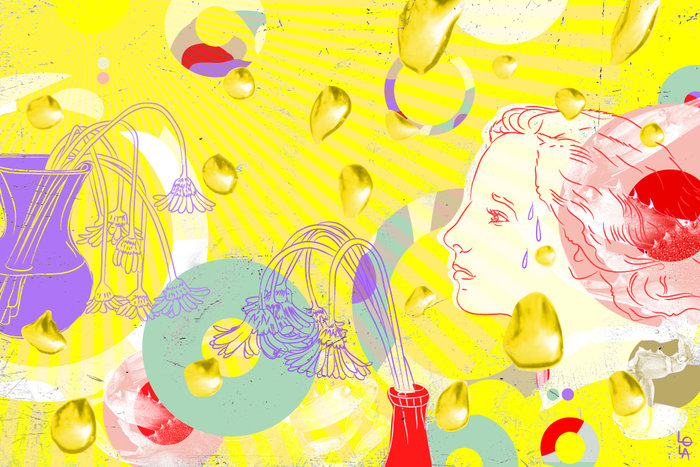 Poetry
Summer as Erasure
Poet Anne Simpson writes a heatwave as a reverie.