In Everybody Has Everything, Katrina Onstad explores an uncomfortable part of motherhood: ambivalence. 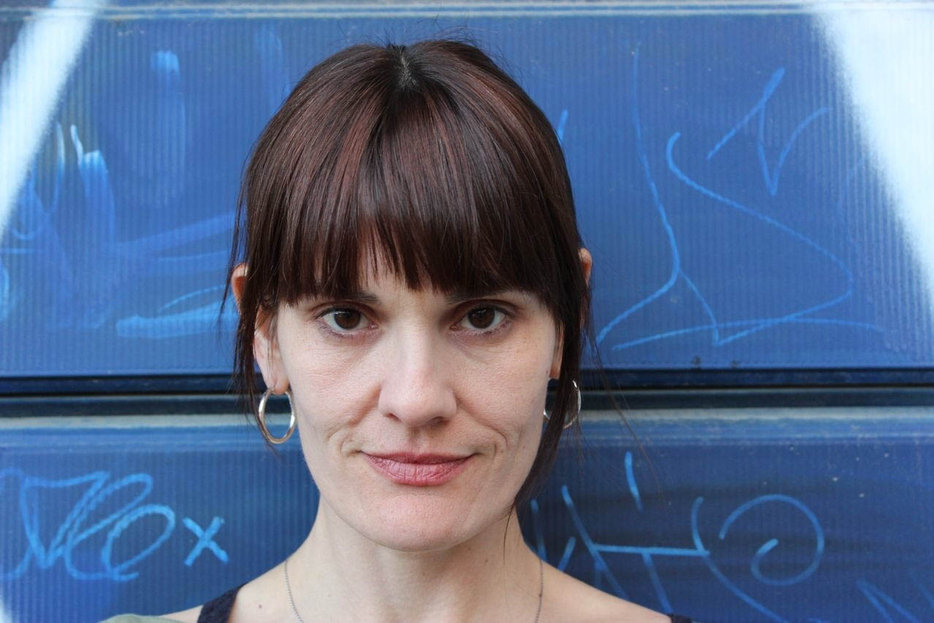 It is a perverse triumph of feminism that girls now have idols as emotionally retarded as boys do. The quartet of Girls are our primetime example, with their self-absorption and failures to love, but there is also the terrible, awful, no-good Charlize Theron in Young Adult and the fumbling, self-pitying Greta Gerwig in Lola Versus. Post-Sex and the City, we’re given to gaze up at women who aren’t larger than life, but exactly the size of it. They’re neither mean queens nor martyr-complex princesses, only flawed little humans with leisure to screw up, just like men.

That’s the kind of portraiture that Katrina Onstad—columnist, journalist, and now two-time novelist whose books seem bound to be movies—did to make me like her. Her first novel, How Happy to Be, came out about the same time as Leah McLaren’s The Continuity Girl and is way superior. How Happy to Be was deemed autobiographical, and indeed the similarities stacked up: both Onstad and her character were entertainment (mostly movies) writers at a flagging conservative newspaper (National Post), were single women living in west-end Toronto, smoked pot and hated TIFF parties. Ha, don’t we all.

This was 2006, four years before Sheila Heti came out with the similarly titled (and, in some ways, similarly themed) How Should a Person Be? Heti’s is my favourite Canadian novel… ever? So I can’t fairly compare, but in any case it’s worth noting that Onstad’s came first and is the kind of story that at the time was being written mostly by men (like Nick Hornby and Jonathan Lethem). Perhaps she owed something to Bridget Jones, too, but Onstad exercised pathos where Helen Fielding enjoyed frivolity. Several years ago, empathy for the woman-child was, I think, new.

Not that it was calculated to be so. “I don’t write fiction that addresses social problems,” says Onstad, speaking over the phone because I’m not in her city, Toronto, anymore. “It would turn into polemic and that would be really boring, right? I’m interested in the real world, and I’m naturalist in my writing.”

My suspicion of anyone who says/thinks, post-MTV, that there is such a thing as “the real world” notwithstanding, Onstad is a reliable and sometimes prescient storyteller. It’s part of her job to analyze trends—at least for the sake of her polemical, not-boring Saturday column in The Globe & Mail—but if she notices how many women these days are telling stories like How Happy to Be, she doesn’t take credit. Instead, with her new novel, Everybody Has Everything, she grows up, stops dealing in screw-ups, and takes questions of life and death into her steady and sensitive hands.

Whereas How Happy to Be ends with a single woman’s accidental pregnancy, Everybody Has Everything begins with a couple unexpectedly becoming the guardians of a small boy. When they are written by men, books like How Happy to Be often end in self-actualization, but Onstad—who began writing How Happy to Be in her 20s and, by the time it was published, was married with a baby—wraps her book with a first, whole step toward a more important and less common goal: responsibility. Begun six years ago—when she was pregnant with the second of her two children—and published last month, Everybody Has Everything treads the territory of parenthood with both easy familiarity and not a little bravery.

Ana, the wife, is a neat-freakish, successful lawyer. Husband James is a (spoiler alert?) just-laid-off CBC journalist. Both are around 40. They live on gentrifying Dundas West, confronted by multiplying signifiers of their success and its commensurate banality; their time is spent—often separately—in organic cafes and mediocre sushi spots and recognizably deshabille bars. They are secretly afraid of the halfway house down the street. When they go to a concert together, the band is, says Onstad, “a hybrid of Broken Social Scene and Arcade Fire.”

The story doesn’t quite begin with the boy, although in the first draft it did. It begins with an auto crash and cold cots, like the first minutes of a Law & Order episode, signalling—to the Law & Order watcher, at least—that in the pages to come, Onstad will strive for justice in chaos. A father dies, a mother is in a coma, and James and Ana find themselves suddenly the guardians of the boy left behind. As Ana has been trying, without success, to conceive, it seems a strange justice indeed. In the end, mercifully, it’s more like ambivalence.

Onstad writes against stereotypes, but not so absolutely as to create mere opposite stereotypes. “If Ana was a high-powered lawyer,” she says, “I didn’t want her to be a Devil Wears Prada boss, but someone softer and more nuanced.” She succeeds there; in James she is a little lazy, making the handsome dude grow sluggish, lose hair, lust typically after interns (“it’s the question of male virility,” she says). With tot in tow, he matures into the raddest dad at the playground. Meanwhile, Ana gives great care, but also experiences a benign, lump-like terror, growing larger as her husband and borrowed son grow closer to each other.

Thing is, a lot of society and a little biology collude to make it so that even women who wouldn’t make good mothers might want to be mothers. Or, perhaps, might just not want to admit that they shouldn’t be mothers. Onstad’s empathy for concerned, discomfited Ana reaches deep into the twisted gut, and Onstad comes up with handfuls of squirmy emotions. Here’s an illustrative passage, occurring after Ana guiltily offers solace to a fellow lawyer and distraught mother, whom she hardly knows:

The look of sheer gratitude on Elspeth’s face when she glanced back through the glass filled Ana with self-loathing. Why was there so little altruism in her? She thought about those workplace surveys that get published in national magazines and newspapers once or twice a year: Is this a good place for women to work? In truth, the firm was not, but Ana liked the idea of working in a place that was, and decided this was a moment in which to pretend otherwise.

Since that day, Elspeth had confided in Ana from time to time. Shutting Ana’s door behind her, she gingerly showed her photographs of the kids. Ana nodded and murmured and Elspeth relaxed into it eventually, growing more familiar, bitching about this and that family matter, presenting Ana with a picture of a life that was torturous in many ways, all drop-offs and pick-ups and nanny extortions and infected mosquito bites and exorbitant hockey fees. But sometimes, once in a while, great pride over somebody’s triumph at school. A picture painted. A report of a surprise cuddle from the eldest late one night.

In 2008, Onstad wrote a Toronto Life cover story on the “baby wars” between hipster establishments (not my h-word, hers) and hipster parents, asking: “Parents want Toronto, but does Toronto want them?” If Onstad does not want to address social issues, she also can’t help novelizing them; she has studied them too well. In Everyone Has Everything, the “baby wars” are not between various places and various people, but between people and the place they all live in. Maybe I read Everybody Has Everything too late at night (a good sign, that sometimes it kept me up), but I began to think of the city as a womb. For some, warm and fluid and welcoming. For others, inhospitable and fraught with danger.

It is strange to think of a city that does not want parents in it. It is strange for many—although it shouldn’t be—to think of a woman who doesn’t want a child. Says Onstad of Ana: “She’s an incredibly self-contained woman, living on her own planet.” Onstad knows how happy to be, now, as a wife and a mother, and she sounds it. But I cannot help thinking, in my flawed little way, that she also sounds remotely, lingeringly jealous. 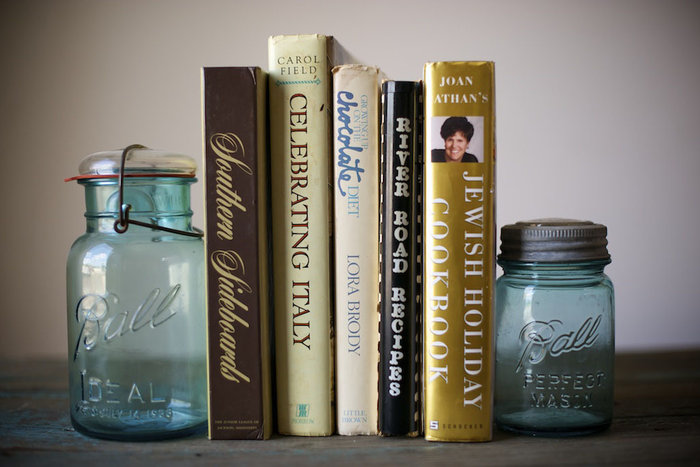 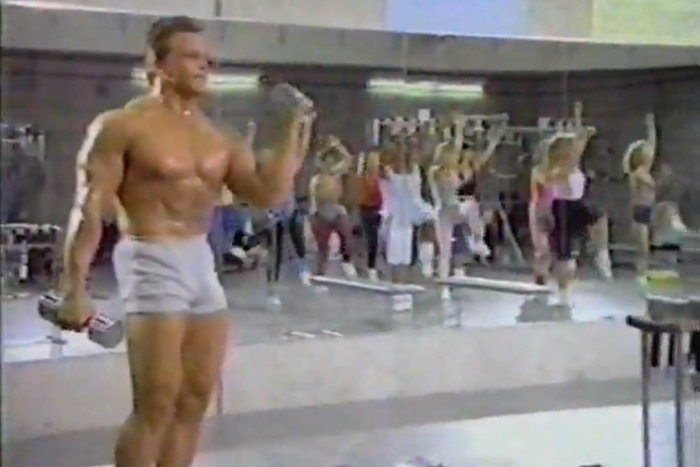 Society
The Burden of Living Healthy
Taking responsibility for one’s health is exceptionally difficult—and has a lot to do with class.