Willow and Jaden Smith: The Outtakes

T magazine “condensed and edited” its interview earlier this week with Willow and Jaden Smith. Here, exclusively, is what didn’t make the cut.

Earlier this week, T magazine published an interview with 14-year-old Willow Smith and 16-year-old Jaden Smith, the children of Smiths Will and Jada Pinkett. Initially occasioned by their two new albums, it soon came to encompass such subjects as quantum physics, the shock of art, and epistemological dualism applied to apples. In austere New York Times style, a note added: “This interview has been condensed and edited.” Hazlitt, in a real exclusive that you should take very seriously,* brings you what was left out, as conducted by me, Chris Randle, another seeker amongst the spheres.

Whom do you see as your musical peers?

WILLOW: I was going to say Sun Ra, but sometimes I feel like I am Sun Ra, metaphysically. “Whip My Hair,” “Dance of the Living Image,” they’re the same thing. But we don’t listen to much new music. By humans, I mean.

JADEN: I want to record my next EP inside a pyramid. It doesn’t really matter which pyramid. Have you been to one? There are so many energies there, ancient forces, from the universe that existed trillions of years before. Time works differently inside a pyramid, because of all the microcosmic angles. I could be the first person with a #1 hit featuring the spirits of the dead.

Do you have any eschatological convictions?

JADEN: It’s all a big fractal. Reality is, like, a hologram, created by the overlap of two universes outside ours. One of them is healthy and one of them is sick, and someday soon we’re all going to wake up and figure it out.

I have read in certain texts about a satellite that exists on the dark side of the moon.

JADEN: Right, that’s like the placenta for humanity, connecting us to the fifth dimension beyond space-time. It can’t talk, but it loves us, it wants to bring the larvae out of their cocoons. That’s not a physical thing. It means transcending self-consciousness, the consciousness of “self.”

WILLOW: The gnostic error is to hate the material world. It’s just the part of heaven we can touch.

You guys don’t much like the standard education experience, though, right?

JADEN: School is like a prison where they let you bring your own lunch.

WILLOW: If they send kids to school to learn things, why is there still a calculator on every phone?

JADEN: I don’t need teachers, because I have the world. When I made The Karate Kid with Jackie Chan, everybody on the set was talking about advanced meditation techniques. We would spend hours listening to each other breathe before each fight scene. One day I stared at my trailer door for so long that I created a whole being just by concentrating. That tulpa is my educational CD-ROM.

WILLOW: A little seed growing into a tree—that’s algebra. Not some numbers on a blackboard.

Willow, I notice you’ve been pacing around—is that discomfort? Contemplation? A gesture towards the sense of ritual I too have come to practice?

WILLOW: It’s been eight years since I felt like I had to sit down on anything. Who invented chairs in the first place? Do we even know what kind of effects they’re having on us? Now I just let my mind assume a restful position. Like, signs and symbols, you know? I’m so much more aware of my infinite surroundings this way.

Why did you drop out of the Annie remake?

WILLOW: I did some research, and the idea of music that’s also secretly trying to tell you a story became really disturbing to me.

Can I ask you guys about language—I mean, logos? I’ve been thinking… thinking about what it makes us think about. Like, if we don’t have a word to describe a sensation or feeling or phenomenon, does it even really exist?

JADEN: What would it be like if human beings showed no outward signs of pain? If we didn’t groan or grimace, et cetera? Then it would be impossible to teach a child the use of the word “toothache.” Well, let’s assume the child is a genius and itself invents a name for the sensation! But then, of course, he couldn’t make himself understood when he used the word. So does he understand the name, without being able to explain its meaning to anyone? But what does it mean to say that he has “named his pain”? How has he done this naming of pain? In giving a name to his sensation one forgets that a great deal of stage-setting in the language is presupposed if the mere act of naming is to make sense. And when we speak of someone having given a name to pain, what is presupposed is the existence of the grammar of the word “pain;” it shows the post where the new word is stationed.

WILLOW: It’s like our dad put it: “The title held by me, MIB / Means what you think you saw, you did not see.” When I sang “so don’t tell me nothing, I’m just trying to have fun,” I wanted to disrupt that control mechanism.

New Tabs
The Yakuza-Olympic Connection and a History of Sexy Men
The most dangerous photo in Japan was just leaked. Ta-Nehisi Coates reckons with his past treatment of Bill Cosby. 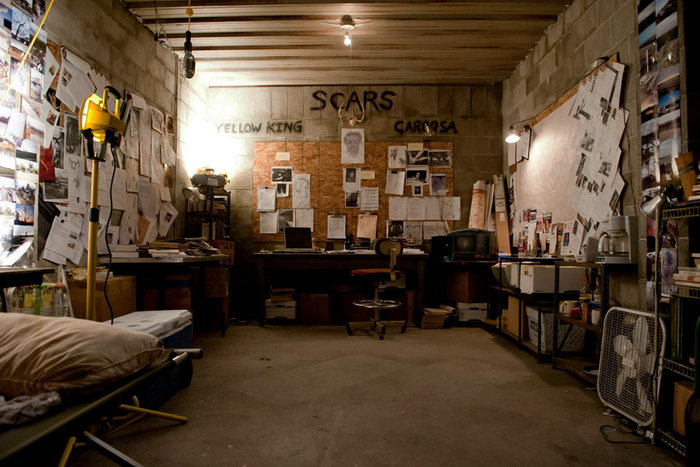 Lost Library
Who Wears a Belt Buckle? And Other Irresistible Mysteries
Serial has 1.26 million listeners hungry for clues that might only add up to chaos: like W.G. Sebald or…