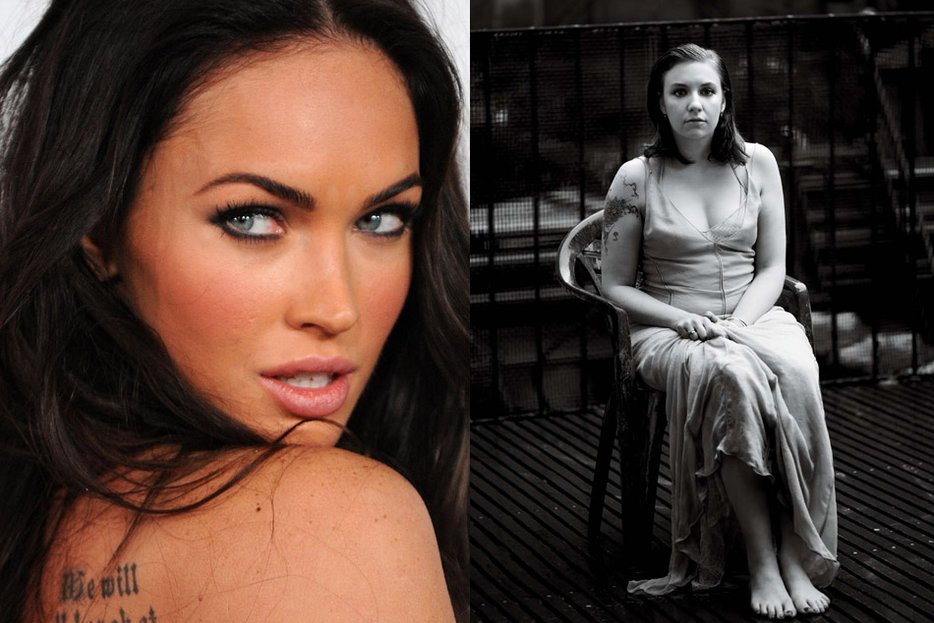 Megan Fox has been on the minds of many lately. Though it’s true she recently starred in Judd Apatow’s This is 40, it was a recent controversial Esquire interview with the actor that brought her to the forefront again—in no small part due to just how much time interviewer Stephen Marche spent focused on Fox’s looks.

Though I think the criticism of the interview is overblown, having a woman’s body so fastidiously described did remind me of nothing so much as the video game message board, that bastion of crackling cultural debate. A couple of years ago, on one that I still frequent called NeoGAF, there were endless debates over “Megan Fox vs. Christina Hendricks.” Proponents of Fox claimed while she was the platonic ideal of femininity, Hendricks was merely fat; meanwhile, fans of Hendricks suggested her curves made her a “real woman,” and Fox’s augmented, skinny looks were simply fake.

There was something both wonderfully ironic and disturbingly absurd about the whole thing. Here were a group of young men carefully poring over and then arguing about the bodies of two women to decide who was more authentically feminine. It was ironic because both Fox and Hendricks each almost preternaturally express standards of conventional beauty—the sole difference between them being where exactly they sit on an incredibly narrow spectrum of female attractiveness. It was disturbing because whether the actual subjects in question were thought of as persons never really seemed to enter the equation. Instead, it was an argument over what men should desire, which seems to encapsulate just about everything that’s wrong with how and why women’s bodies are discussed so frequently at all.

Still, unexpectedly, there was something interesting simmering in this soup of almost medical misogyny, and it was about how sexuality itself often occupies another spectrum—one on which, at one end, is sight, and at the other, tactile, physical contact. Thought of this way, the question asked of Fox and Hendrick’s dehumanized frames was this: “would you rather gaze upon a plastic ideal, or press yourself against a zaftig paragon?” At the time, I found myself recalling an old Alexei Sayle joke that modern men will only really be happy when their cocks are ten feet long and they can watch themselves copulate. Only then will they be able to simultaneously satisfy their urges for the physical pleasure of sex, and still satiate their scopophilic desires to see women’s bodies manipulated and posed.

Maybe unsurprisingly, then, the Vice blog post that excoriated Esquire’s interview with Fox also focused on this contrast—by using highly magnified close-up photos of Megan Fox’s “perfectly symmetrical face” caked with makeup. Here was the debate phrased differently, if no less offensively: sure she looks good from afar, but would you want to kiss this crude simulacrum of the perfect woman’s visage?

Yet, despite the distasteful nature of such disembodied analysis, I will still venture that there is something vaguely intriguing about Megan Fox’s face and its place in our culture. Not least is the question a friend posed on Twitter: why would someone who already so perfectly evinces contemporary ideals of beauty go under the knife to augment her looks?

The answer, I think, is that the image of perfection now comes first; the body must be made to conform to it. If you’ve ever thought the Baudrillardian hyperreal—in which the ‘fake’ comes to stand in as the reference by which the real is judged—was just highfalutin postmodernist nonsense, Megan Fox is the perfect antidote to such thoughts. She is just the tip of something we are all a part of: a swirling mass of the visual and the libidinal in which everyone is scrambling to emulate an ever-receding ideal that never actually existed to begin with.

Of course, there’s another female body that people can’t stop dissecting and analysing these days: Lena Dunham’s. Hers, however, is said to be remarkable for its unremarkableness, for the very fact that a body infinitely more commonplace than Fox’s has somehow found its way onto the aspirational canvas of our public imagination. People simply cannot stop talking about it.

I’d like to think that Dunham’s fame may be the pebble that starts a rockslide. But it seems to me that Dunham’s perfectly ordinary body is a bit like a wrench thrown into a neatly oiled machine—a machine that happens to use as its fuel the glistening bodies of famous women. Because the machine will not allow the image of Dunham’s body to be used to provoke desire, to prod people to go on a diet, or aspire to hate themselves, it must be endlessly discussed and parsed. It doesn’t fit in the way things work, and yet is a body shown as one that is touched—so it becomes a blank locus for critique and condemnation.

The female form thus seems to occupy two completely separate worlds: one of the bodies we know and touch, with their various lines and textures and smells; the other, an economy of images, endlessly circulated on screens and the screens of our mind.

Taken all together, it leaves us in an untenable space. Megan Fox in and of herself is an epistemological impossibility. There is only “Megan Fox,” the overdetermined amalgam of images. There is no way to talk about her, the person, divorced from the network of desire that swirls around her impossible face, her impossible frame, and the impossibility of her subjectivity. By the same token, here we are talking about Megan Fox, because it is impossible not to; that very same impossible face is the reason she occupies our cultural field of view. We are already bound up in that which we critique—almost as if, when it comes to women’s bodies, there are double standards atop double standards on top of the impossibility of focusing on anything else at all.

At the end of day, it is a world that, for its own pragmatic, economic reasons, must always focus on the visual, on images passed around like currency. And the people and bodies behind these images—these soft fleshy frames that sigh and dream and fuck—are like wraiths, just out of reach of the tips of our fingers, never ever to be touched. 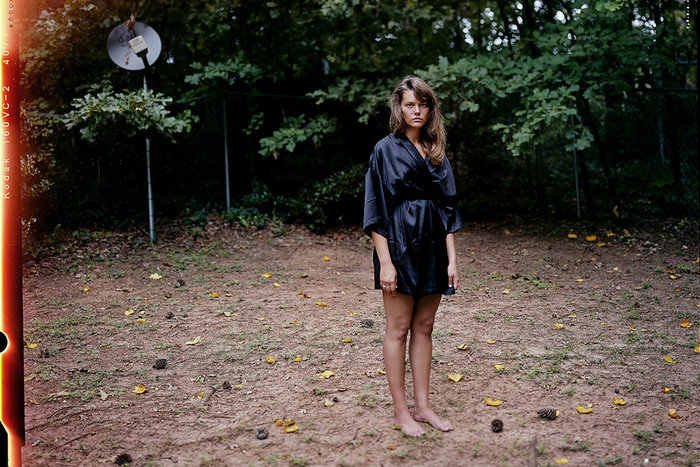 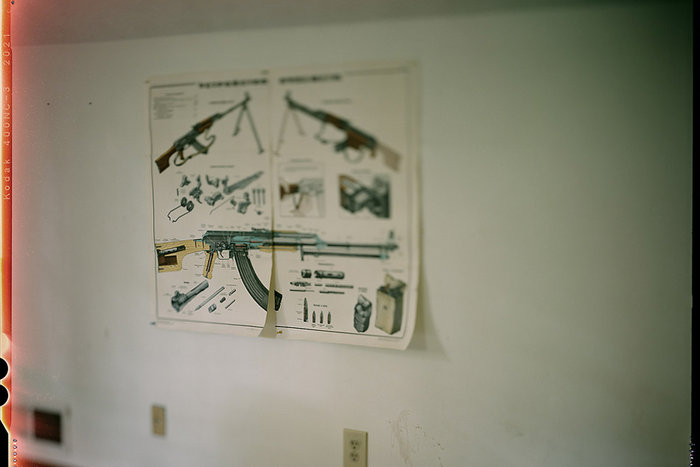 Photography
Love Leaves Few Traces
Montreal photographer Guillaume Simoneau never expected his art to take a turn toward the confessional. But his series… 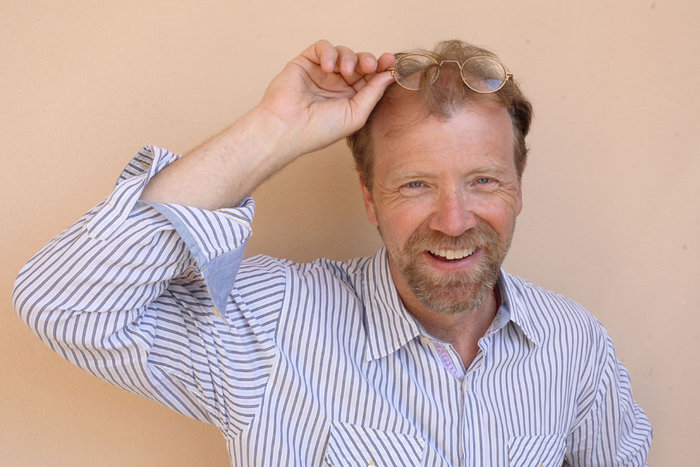 Interview
Battling Bitterness with Boogeymen
George Saunders discusses his new short story collection, Tenth of December, the importance of public artists, and the…