The Unbearable Niceness of Gay Life in Looking

Sholem Krishtalka is an artist and a writer. His work has been exhibited in... 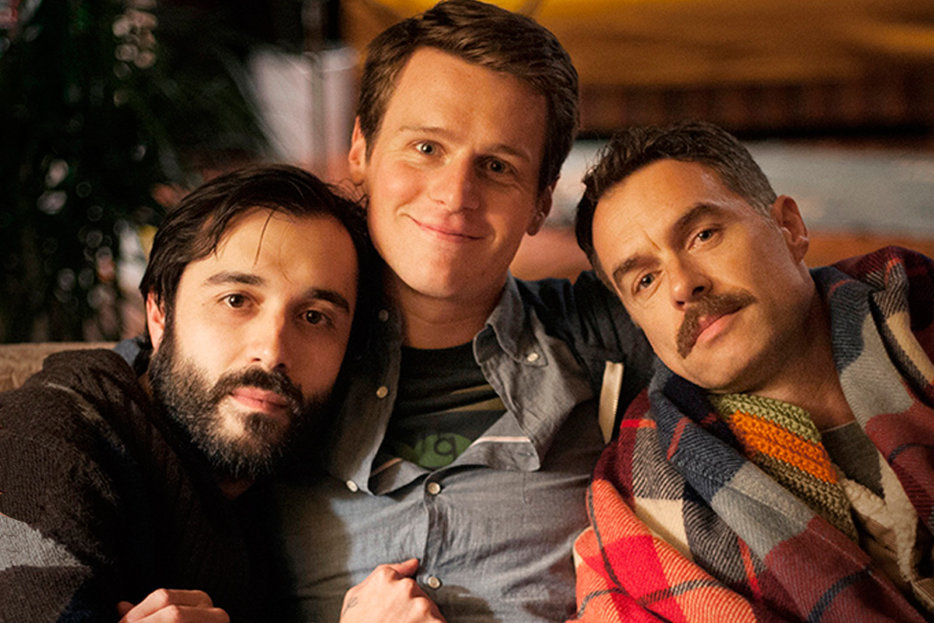 I recently wrote on a friend’s Facebook wall that, had the people who demonstrated against William Friedkin’s Cruising known what a hash queers would make of their own mass media self-representation, they might not have bothered making Friedkin’s life hell in the first place. I’ll confess that I’m slightly jealous of Cruising; I would rather have the “homosexual lifestyle” depicted as dark and dangerous, a place of arcane codes, furtive glances, and twilight predation than the current portrait of “us” as a collectivity of handsome cheery men (the fact that this representation ultimately favors men is another subject altogether) with nice jobs, nice apartments, nice friends, and nice sex lives. “We” are nice, and I hate it.

I put “we” in scare quotes not only because of my suspicion of such hyper-inflated generalities as “the gay community,” but also because I gave up on hoping to see myself represented by TV and movies a long, long time ago. It’s not that I’m part of an especially rare sub-demographic (Caucasian male, sub-genus gay Jew). But in the catalogue of gay mass media representation (again, let’s be honest: I can’t really use the term “queer” here, as the demographic outside of gay men still finds itself severely underrepresented), I could almost never find anything that would speak to my sense of criticality; that would articulate my sense of difference; that would express my political sensibilities; that would validate my eccentricities; that would affirm what I find valuable about queerness, and scoff at what I think are its vacuities.

And along comes Looking, HBO’s new gay male dramedy about the lives, loves, and losses of three gay besties in that historically gayest of gay metropolises, San Francisco. Co-written and directed by Andrew Haigh, whose previous project was the bittersweet day-in the-life romance Weekend, and starring Jonathan Groff, a square-jawed thespian with Broadway pedigree, and airing on HBO, home of the edgy, profane, and gratuitously nude; given its credentials, you would think that I am the ideal target demographic for this show (although perhaps I’m at the older end of the mean). I’m arty, I’m gay, I’m newly single, I have gay besties, I live in a really gay metropolis; I’m looking, too! Just not, as it turns out, for Looking.

We are currently six episodes into Looking. So far, the critical praise and scorn revolve in equal measure around the show’s banality. It is either, at last, a glimpse into the full spectrum of the Homosexual Lifestyle, including its nose-picking minutiae (or, as I’m fond of saying, there’s no especially gay way to do the dishes), or it is a meandering bore: the scale of the lives led and their relative peaks and troughs fail to make engaging television.

I am sympathetic to the banal; my current project, available for viewing on this very website, is a visual diary, structured as a kind of procession of silent film stills. My life is not particularly exciting, nor outrageously adventurous; all I have are my own experiences, my own resonances, my own tiny victories and puzzlements and heartbreaks. And, even though I am highly cognizant of the fictionalizing process inherent in translating real-life experiences into art, the core of my project is an adherence to a deeply personal honesty. Which is why I don’t care to watch Looking.

Looking is mockingly being compared to HBO’s other slice-of-life “special interest” show (in mass-media land, anything that isn’t marketed to a straight, white male who owns a house and a car is “special interest”), Girls. Girls is likewise banal and mundane; it occasionally veers into the zany or melodramatic, but in doing so, flops utterly. And Girls and Looking have faced similar types of criticism: namely, that they fail to properly represent diversity. But there’s a crucial difference between the two shows. Lena Dunham succeeds so beautifully as a writer because she has crafted characters that are so wildly, almost ludicrously idiosyncratic that there’s no way one could ever confuse them as generalities or standard-bearers. Criticizing Looking for its banality misses a crucial point: it wants to be a show about people, but has caught its plaid shirt on the snag of identity representation and unraveled into a show about types. There are no threads of idiosyncratic experience, only great swaths of imagined relatability. It is not a show about homosexuals, it is a show about homosexuality.

The central characters have all been styled by Tumblr, and could easily have been crafted by a BuzzFeed quiz. Which gay are you? Are you the cute nerd? Are you the hipster artist? Are you the sex-crazed lothario? Do you just want to find the right man to cuddle with over a cross-promotional reference to Game of Thrones? Do you and your partner want to spice up your sex life? Or are you just looking for Mr. Right Now? Patrick and Augustín and Dom (our core of gay besties) are not people, they’re classes of people. They are exemplars, like the Sex and the City guys, er, girls. But even Sex and the City does Looking one better. The reason you could be such a Samantha is that the Sex and the City girls were the opposite end of Lena Dunham’s cast of hampered, damaged egos: they were outlandish caricatures. Patrick, Augustín, and Dom have character tics, but each one feeds the type: charmingly neurotic, brooding and tortured, studly and aggressive (but with the slightest hint of vulnerability). And no one ever dips even the tip of a toenail into any kind of outlandishness. All and sundry—writers, actors and director—are very careful to represent the Right Kind of Gay.

This is the Grail of gay representation: the Average Gay, iterated and reiterated in TV sitcoms and magazines and advertising. And what is cruelly absurd is that, by and large, gay men have looked at that fun-house mirror distortion and liked what they saw. A casual cruise through Grindr (that infamous gay dating app) will show just how pervasive is that bland “ideal.” It’s certainly pervaded Looking. The characterizations adhere strictly to the Grindr’s holy trinity of desirability: no fats, no fems, no Asians. (Oh, except for that sidekick guy who’s in a couple of scenes, what’s his name?) Voices are deep, sibilance is banished, wrists are rigid, stomachs are etched and pecs are burnished. And I yawn.

That is why Looking is boring: not because the characters don’t “do” anything, but because the characters aren’t people. All the knotty traces of person-hood (let alone personality) have been sanded down, and we are left with, at best, ciphers, and at worst, cruel distortions that are largely the creation of a feedback loop of marketing focus groups that for some reason, the “gay community” has not just swallowed, but regurgitated and smeared all over itself. For all of “our” vaunted visibility, for all of “our” civil rights successes (in North America, anyway), gay representation still strives towards Nice. And Looking, for all of its pedigree, is not good; it’s not bad; it’s just nice.

Sholem Krishtalka is an artist and a writer. His work has been exhibited in Toronto, New York and Berlin, and has been featured in numerous Canadian and American publications. He has written for various publications, including the Globe and Mail, Canadian Art Magazine, as well as artist’s books, catalogues and projects. 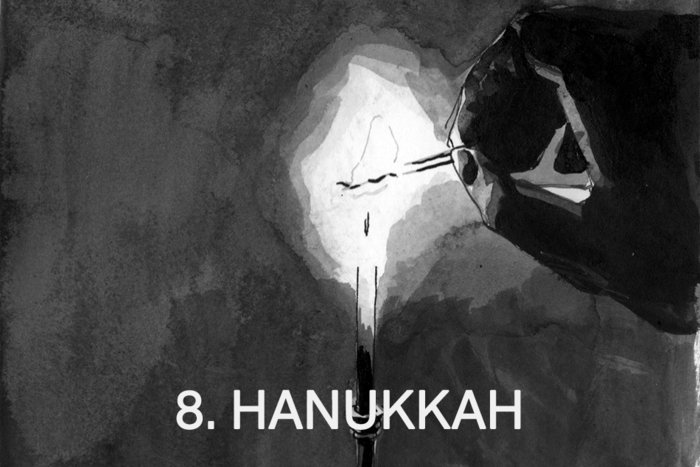 Comics
A Berlin Diary: Hanukkah
Wherein Sholem celebrates Hanukkah, gets stoned, and pulls off the impossible. 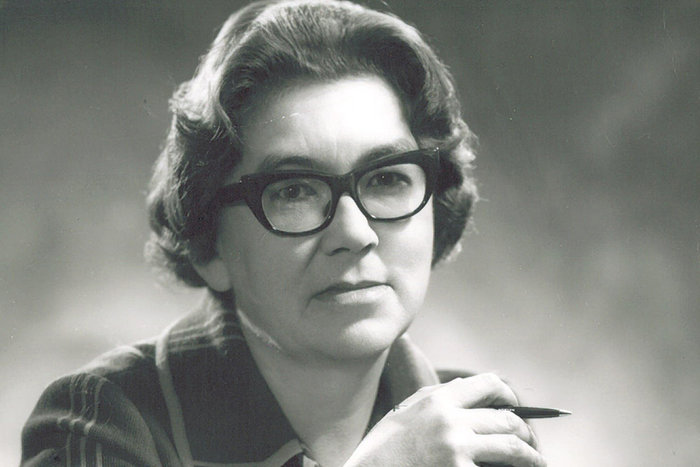 Books
‘We’re All Wildcards’: On Freedom To Read Week

Giving Up the Ghost
Brin-Jonathan Butler
'I Find It Strange That Bodies Can Have Eras': An Interview with andrea bennett
Ziya Jones