Trauma is the Truth Worth Talking About

If the central political questions of our time are inescapably personal, how can we dismiss arguments for being “too emotional”? 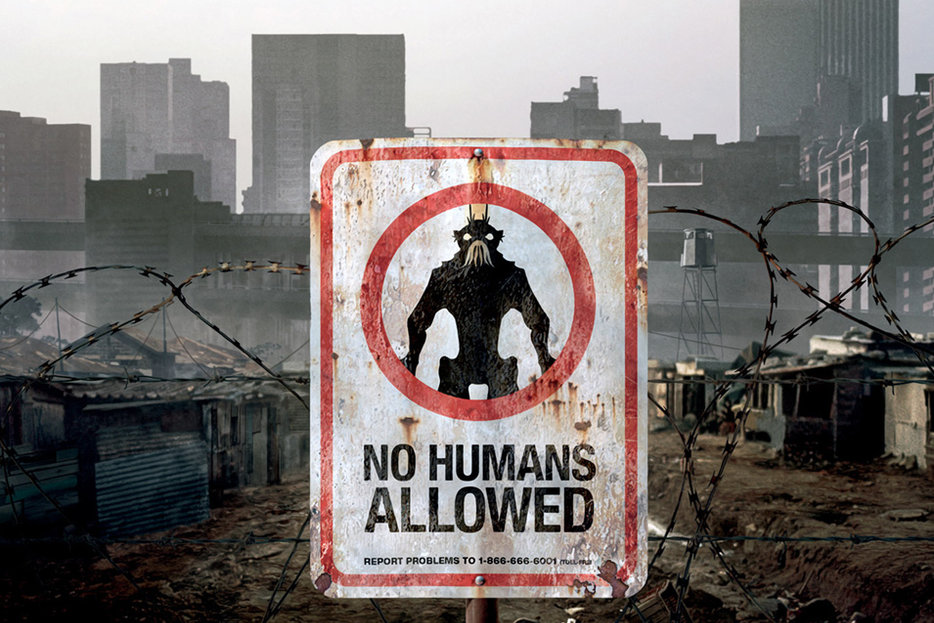 Claire, who stumbles onto the scene, can’t wait to tell the group. “Oh, yes,” the narrator tells us, “the woman who’d forced her to cut her hair calling her a slave to patriarchy, had been groveling on her knees to a man. Organization sex. Capitalist perversion.” Anna has been caught out as an apparent hypocrite, catalyzing the dissolution of the group: The incommensurability of the ambivalent personal and the rigidly political proves too much for the collective. It falls apart.

The novel, and this scene in particular, ran through my head this week as my social media feeds reacted to a dull, predictable screed by Jonathan Chait in New York magazine decrying a supposed return to political correctness and an attempt at the censorship and destruction of liberalism by the activist left. I wasn’t reminded of Kunzru’s work because Chait’s argument is particularly compelling—it is quite the opposite, in fact—but rather, because his article still managed to inadvertently poke at a difficult question. Here, after all, was a privileged white man writing in a prestigious magazine about how people with whom he identifies are being silenced. He is hurt. He is scared that things are going wrong. There is, he says, too much anger and outrage. It’s all about feelings.

Do emotions belong in these discussions of political correctness, outrage, identity, and social justice? Or should such issues be treated like politics or economics, where feeling is, at least in theory, not supposed to enter the fray?

Much of what is now termed political correctness or social justice—it depends on your political leanings—has its roots in what is called the linguistic turn in critical theory, a shift in philosophy over the course of the 20th century that came to understand the world as an interplay of language, semiotics, and ideology. It started with linguist Ferdinand de Saussure, who laid the groundwork for thinking of language as something that constituted our relationship to the world rather than merely describing it. From there, thinkers in all sorts of fields—largely Marxism, Feminism, and Postcolonial and Race Studies—began to argue that meaning was contextual: that because language was a largely arbitrary, internally referential system, words were constantly in flux, and meant multiple things at once to different people.

That focus on language, however, began to expand into other fields. We began to realize, for example, that human identity isn’t inalienable or inborn, but a product of a whole range of forces that come to bear on particular moments. Think of it this way: When I, in my flippant way, make jokes about “immigrants ruining everything,” my brown skin and my accent connote that I’m obviously not being serious. What we mean is an amalgam of what is said, who is speaking, and under what circumstances. This is how we arrived at the now much-discussed ideas of intersectionality or identity politics, which are essentially like a semiotics of being human. We are akin to books upon which are written a kind of history of identity, and all the parts that make us who we are—gender, race, class, ability, and so on—mix in complex and often contradictory ways.

This was a stark challenge to liberalism, and it’s why people like Chait, who are deeply invested in its ideals—equality, free speech, democracy—are so put off by the turn to leftism. Instead of the idea of equality, we instead assume the entrenchment of particular structures and ideology, which must be actively worked against, not simply left to some social version of a “free market.” (A great elucidation of this phenomenon can be found in Ta-Nehisi Coates’ examination of housing policy in his argument for reparations.) It’s also why Chait’s views on political correctness are so empty: they take at face value the idea that promoting an idea of equality is good without getting into the enormous, centuries-long debate about that assertion. Chait simply descends into the undefended tautology of “liberalism is good, and leftism isn’t liberalism, so it is bad.” This is, to put it mildly, stupid.

To return to emotion, however: Part of why this focus on identity became so crucial is because of how it feels to be one of those marginalized people. Though saying something like “human identity is constituted as an expression of power and ideology” sounds like an abstract philosophical argument, it’s actually also about feeling—about articulating and defining certain social and psychological processes in order to understand their concrete effect on people. When you see conservative columnists dismiss the “oversensitivity” of leftists, it’s an ideological mistranslation: Emotion, rhetoric, and politics are indivisible in these situations. For example, Chait seems to dismiss the idea of microaggressions, but in doing so, ignores the positively revelatory idea that the accretion of minor infractions has a real psychological and material impact on people. Explain the idea to any marginalized person who hasn’t heard the term before and watch them exclaim “YES!” in recognition. It’s real—all you have to do is ask us to confirm it. You cannot retreat into the idea that “emotion clouds judgment,” because emotion forms the very stuff of the issue at hand.

But when rhetoric and emotion are part and parcel of the same worldview, even if necessarily, it can be difficult to tease the two apart—or determine if they even should be. When I react angrily to, say, the depiction of South Asians on TV, broader instances of racism, or yet another example of sexism, it’s hard for me to parse when I am justifiably criticizing the doling out of trauma and when I am perhaps overreacting because of trauma. I’m reminded of walking out of a movie theatre after seeing District 9 several years ago thinking it was a racist piece of trash—until later, after a long conversation with a friend, I started to wonder whether its implication of the viewer in its construction of prejudice complicated that view. I started with a knee-jerk reaction—if a fair one, given the history of racism in Western film and, I should add, my life—only to end up at what felt like a better, more complex, ultimately more useful place. But when the stuff of social justice critique is inevitably and properly about emotion, how do we decide when we are “giving voice to the psychic effects of a racist patriarchy” and when—as I did in a way with District 9—we are overreacting or taking a relatively minor infraction to stand for the whole of the evil empire? And, making matters more complicated: should we even care for now? Or should we instead let minor mistakes occur in the interest of not chilling speech under the guise of a kind of concern trolling?

If it was the linguistic turn that gave rise to the politics of identity, it’s interesting to now see a small shift in the academy away from signs and semiotics toward something called the affective turn—a change in philosophy to try to think through the importance of emotion and other “intensities,” i.e. those pre-verbal, inarticulable things that are a fundamental part of being human.

An important contribution here is Brian Massumi’s Parables for the Virtual: Sensation, Movement, Affect. A dense work of philosophy, Massumi’s main focus is giving voice to that in-between stuff—the things that he says get missed by the “grid” model of being human: that who you are is about locating yourself on axes of gender, race, sexuality and so on at a certain point in time. As Massumi argues about identity as a position on a grid: “Aren’t the possibilities for the entire gamut or cultural emplacements, including the ‘subversive’ ones, precoded into the ideological master structure?” It’s a bit glib, but it’s also difficult to argue with; yes, we are “intersectional”—a layered, often contradictory mix of identity categories—but only at what Massumi calls a “cultural freeze frame.” The reality of being human cannot actually be found at identity positions, only in relation to them. Everything, including humans, is constantly in the state of being made and re-made by its shifting relations to other things, which are themselves in flux. There are, as Massumi argues, only things-in-movement, not things fixed in place.

This may sound like pointless abstract theorizing, but it works as a rebuke of a kind of dogmatism that suggests identity is the only metric by which we can measure the worth of statements, or that the harshly binary rhetoric of many social justice debates is actually representative of the truth, or even always helpful. If rhetoric and emotion are always layered, then we need to determine where they meet fruitfully and where they do not. Chait’s argument, after all, is about confusing his emotional response for what is true—mistaking a few controversial happenings for the widespread suppression of white, liberal views. That clearly isn’t happening. I’m just increasingly worried that the conflation of trauma for truth happens on all sides more often than we like to admit—even if, most of the time, trauma is the truth worth talking about.

By the end of My Revolutions, Kunzru’s collective is dispersed, its impact erased from history. Anna is gone, and protagonist Chris, who has spent most of his adult life in a hidden identity trying to escape his radicalism, is pushed into confronting his past. From his perspective in the present, Chris can see the ways in which the good intentions of his leftism morphed into suppression and eventually violence when, finally, there was no room for ambivalence—no empathy for the division of the messy personal and abstract political. When everyone who opposes you is an enemy, you have nowhere to fall but into contradiction and hate.

What do we with the fact that the central political questions of our time are about emotion, about feeling, about the psyche? I’m not really sure. But here is a simple reason why I feel uneasy. There’s a woman who works at my local liquor store who is preternaturally beautiful. She is the kind of pretty that seems unreal—that leaves you breathless. Every time I walk out, I wonder: why does she work at a liquor store? Why isn’t she famous? What is it like being her?

What a swirling, pathetic mess of emotion and thought and trauma. Why do I disparage her job? Why do I care or even notice that she is attractive? It’s because I can’t always think and say the right thing. My feeling and my reason are inseparable. In order to get to a better place, I have to walk away and unravel my own thoughts, recognizing that my fascination with this conventionally pretty white woman is the effect of something else upon me, not the truth of anything—except, perhaps, my own psychic past. But that’s just it—I can only walk back from emotion to arrive at a more reasonable idea. I can’t trust myself. This is the condition of being human: Nothing is certain, nothing is fixed, and nothing is agreed upon. Why must we always pretend that it is? 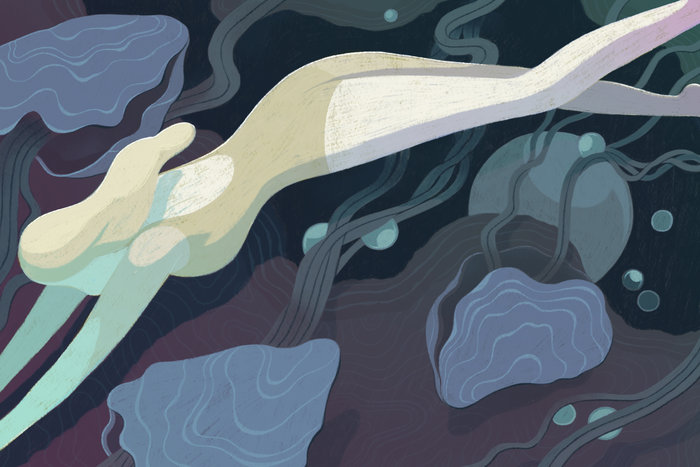 Books
Ethical Pearls
The Oysters of Locmariaquer, published half a century ago, feels like a precursor to the work of Eula Biss and Leslie… 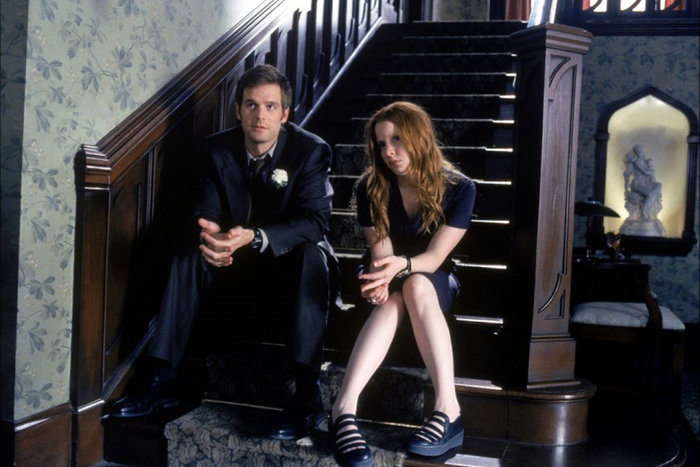 Lost Library
Bleak Chic
Our books, movies, and television shows are arguably bleaker than ever. What’s behind the encroaching, thickening…