There is No Sensible Reading of Quebec’s Charter of Values

Well, the important thing is that she’s sorry. Louise Mailloux, the Parti Québécois candidate for the riding of Gouin—which, until 2012, had voted PQ ever since the party won its first election—is very, very sorry if she offended any religious groups (unnamed in the text of her apology) by peddling in bizarre anti-Semitic and Islamophobic conspiracies related to Kosher and Halal certification.

(That a self-proclaimed feminist would compare baptism to rape shows that misogyny isn’t necessarily required to debase the coin of language.)

The Centre of Israel and Jewish Affairs isn’t having it, in part because, as of this writing, Mailloux remains a candidate for the PQ. Hawking bigoted paranoia, it seems, is something you can just apologize for in separatist ranks, rather than it being an outright disqualifier. Or maybe anything shy of full-on blood libel is just a simple party foul.

And to think, I once thought “Jews all got told to take a sick day on 9/11” was as crazy as it could get. Little did I know that the “Kosher Tax” lie is decades old, and just gets reconfigured as necessary. The idea that the settlements in the West Bank are being funded by kosher food certification—and not by, you know, a modern state with a GDP of about $240 billion and a budget that is publicly debated in the Knesset every year—is kind of precious.

On the other hand, I’m also grateful to Mailloux, and to her leader Pauline Marois, for making the stakes of the Quebec election clear. It took the PQ days to force a pretty wretched apology out of Mailloux, and even that only came after Marois defended Mailloux’ candidacy for the party, saying she respected her point of view and valued her support for the Charter of Values.

Like so many other bad ideas destined to be executed maliciously, the Charter of Values has gulled some otherwise decent people into thinking that it wouldn’t be used as a weapon of the state against religious minorities in Quebec. Some small-l liberals see the growing numbers of Muslim immigrants in Canada and fret about headscarves, and the idea that they may be tied to regressive anti-feminist politics, for example—and imagine that, by supporting the Charter, they’ll get some kind of religiously neutral charter of secularism that will be applied equally.

It’s a common political error, to think that we can support a policy disembodied from the people actually advancing it. This flawed reasoning was most publicly and tragically on display during the Iraq War, when certain people convinced themselves they could support some Platonic Ideal of a war in Iraq without supporting the war that would actually be led by George W. Bush and Donald Rumsfeld.

The problem is, they’re not going to get the Charter they think they support. They’ll get the Charter loudly and proudly supported by people like Mailloux, who certainly seems to be very much the kind of person who, were she on my side in an argument, would cause me to reconsider my stance and quickly. The good news is that the PQ doesn’t seem to be riding to an easy victory in the April 7 election, in part because it appears naming Pierre Karl Péladeau a star candidate wasn’t the stroke of genius Marois may have hoped.

If Marois is turfed because the people of Quebec are overwhelmingly not willing to roll the dice on another referendum, then Canadians who still want their country to include Quebec should take that as a win. It would be a shame, though, if the election results aren’t also a rejection of the Charter of Values, and the politics of ethnic paranoia it represents. 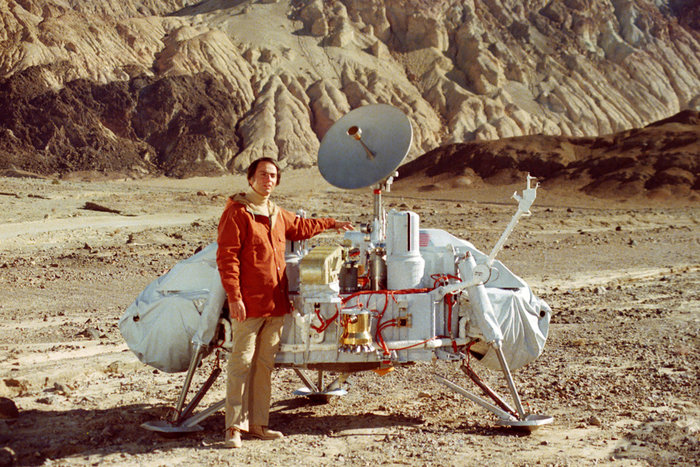 Culture
On Cosmos, and What Science on TV Really Teaches Us