Pour Me Another: Mixology’s Tipping Point

The more seriously people take bartending, the more it turns toward self-parody. 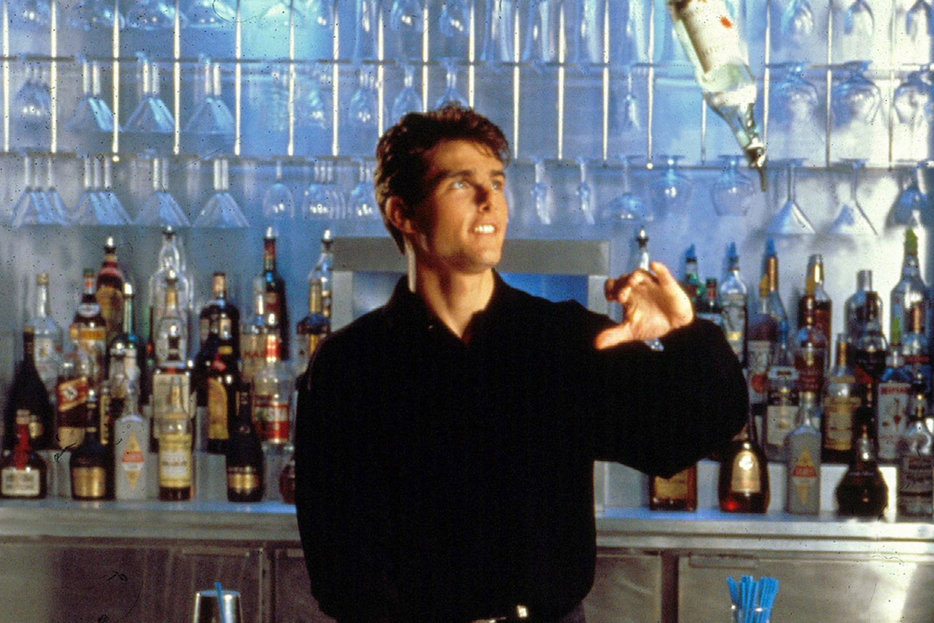 Alcohol is and will likely always be one of the easiest possible things to sell, second only to men’s haircuts and sweet, sweet crack cocaine. Not that it’s immune to the swells and declines of trends, both in terms of the drinks themselves and how the public perceives the people preparing them. The ’80s were a glittery, coke-y era of decadence and douchebaggery that culminated in countless bars run by oil-slick dudes with pinky rings. In the ’90s, the Dale DeGroffs of the world brought the cosmopolitan set to prominence, with the scene hitting peak pink some time during Sex and the City’s third season. Even for an industry that relies heavily on excess and debauchery, it’s tough to have that long a run of hyper-sweet, jewel-toned cocktails without a long hangover, and there was a solid block of years in the early 2000s where dive bars, straight whiskey, draught beer, and zero pretension reigned.

At some point in the last ten years, though, bartending got cool again. I managed to become known for a specific drink. (I went with the Manhattan because it was already invented and I didn’t have to do anything except not fuck it up.) Maybe it was inevitable. After all, this is a job that, at its most basic—pulling pints in a pub—often requires little beyond the ability to a) respond to requests that stuff be put in a glass and appear in front of a customer in a timely fashion, and b) make change (for a twenty, that is, not the betterment of the world, although my world is almost always made better by the timely appearance of a glass of wine). It’ll never be like it was, when you could go home with a grand in cash plus a pile of drugs in tips—on a Monday—but it’s respectable, you can make a good living doing it, and, if you’re a restaurant owner, it’s essential to your financial well-being.

After frothing at the mouth over monosyllabic chefs, lionizing bartenders was the logical next step, tossing them up there on slightly smaller pedestals to wax poetic about the latest artisanal, small batch bitters.

I started out in the restaurant business as an 18-year-old girl, full of know-it-all-ism and vodka. For unknown reasons, the management at the long-gone Toby’s at Bay and Bloor in Toronto thought it was a good idea to let me work Sunday shifts by myself at the upstairs bar. I could not believe how much money I was making. Plus: after-hours fun! (I was eighteen.) They eventually fired me for failing to show up for a shift—I was for-real stranded at a cottage, but I suspect they were looking for reasons (see: “after-hours fun,” plus I often ate my weight in cheese sauce before the end of a shift).

After a run of shit jobs, I started finding work at increasingly reputable places and eventually opened Cobalt, my own (now defunct) cocktail bar, in 1998. This was the height of the ’90s “martini” craze, though I use the term as loosely as possible: a martini consists of gin, dry vermouth, bitters, and a twist—no more, no less. These sugary disasters were embarrassingly of the moment, leaning heavily on syrupy sweet liqueurs such as Chambord, Alizé, and neon-green Midori Melon, to name but a few. I thought we were doing the right thing by only using wee dashes of them—to our actual credit, we did try to use quality ingredients, and even some fresh-squeezed juices—but regardless, I have locked this menu away in a safe, to be seen only after my death, for your amusement.

Fortunately, the tumult of being a young boss gave me the background I needed to open The Black Hoof. The importance of the food itself was obvious, but I also wanted to focus on the cocktails, which, back in 2008, weren’t a priority at many places in Toronto, with the exception of The Harbord Room, a restaurant with a nice drinks menu that focused on classics. I started paying close attention to the New York scene, where trail blazers like Sasha Petraske and Audrey Saunders and bars like Angel’s Share had been making incredibly balanced, properly boozy and interesting cocktails for years, as well as knowing how to put out a perfect (in either sense) martini. For the Hoof, I wanted to marry the casualness of a neighbourhood bar with the food of a great restaurant, which I was able to do by bringing on a talented young chef, Grant van Gameren, and adding cocktails. Now, the places that follow this model are legion. Tide goes out, tide comes in.

The more seriously people took bartending, treating it with a sort of rhapsodic reverence (it’s drinking, pals), the more it turned toward self-parody. But it makes sense: after frothing at the mouth over monosyllabic chefs, lionizing bartenders was the logical next step, tossing them up there on slightly smaller pedestals to wax poetic about the latest artisanal, small batch bitters. I get it, of course—you’re talking to the person who went out of her way to insult a large segment of the drinking public with an essay about how stupid vodka is, cleverly titled “Vodka is Stupid.” It was divisive! (To be fair, while I absolutely meant it, I was also using hyperbole and joking.) The upside, however, was the realization that there was a growing contingent of people that actually cared enough about alcohol to get riled up about it—which, at the time, was new for the city.

Now more than ever, though, I’m joined on all sides by restaurants with active drinks programs (I have to put a nickel in the swear jar for using that term program, so distasteful). On one hand, it’s exciting to watch others succeed in new and different ways, and to try to identify my own blind spots in the process. But, in the midst of a genuine creative high point, it’s also exhausting and disheartening to witness a rising undercurrent of cronyism and phony positivity directed at the truly mediocre. If I seem sensitive, it’s because it’s happened before: a cultural phenomenon hits a tipping point, gimmicks replace innovation, and suddenly, we’re all drinking smoked Golden Cadillacs with a side of Galliano powder, meant to snort. Or, worse: “May I go ahead and chisel your aromasphere?”

The Wrong Way to Consume Alcohol - Parks and Recreation

Serving up many of these drinks is a new breed of bartender: The Pretentious Bro. These guys—and they are mostly guys—exhibit at all times a strong enthusiasm for the work itself, a bro-ish affableness, and just a modicum of talent and knowledge, the latter of which can be easily obtained via YouTube.

They get to know their peers. They host events where bartenders can hang out together and drink, mumbling backhanded compliments at each other until the room hums with the sound of insincere back-slapping so garrulous as to be vomit inducing. (Bartenders love drinking, especially with other bartenders—it makes their possible alcoholism seem slightly less possible.) Once sufficiently lubricated, they can all start in on the humblebrags: “I couldn’t figure out the proportions for the Vesper I had at Attaboy, so I texted my friend Sam—yeah, Sam Ross.” Cool, you know a bartender. Why don’t you start a blog?

Perhaps most important, they remember to suck up to all other bartenders. Like, hard. Shamelessly! This is their life! They go to bars on their nights off. They tell other bartenders their drinks are transplendent even as they’re scheming ways to dump them in the toilet. They wax poetic about how “imaginative” garnishes are, even when they’re just dragon fruit and sparklers and sadness. They are generous with words like “genius,” and are never afraid of hyperbole—hyperbole is literally their best friend. Oh, and they’re partial to hats—they look great in hats. Also, they aren’t opposed to a visual trick or two to round out their repertoire—a creative zesting of an orange with one hand while giving rheumy-eyed divorcees—target audience—their most Harlequinny gaze. They hit these ladies deep in their souls with smarm. Wait, charm? Whatever, it doesn’t matter—the smarmier the better. People love a cheesy bartender.

It’s possible I’m taking the piss here; in a vacuum, none of these traits is going to sink the industry. But ubiquity is the enemy—this pervasive, imaginary code of conduct that excludes, even inadvertently, those of us with nary a wisp of a mustache to wax, and which guards itself against dissent. If we could all learn to be less defensive (me included), then maybe we could have frank discussions with each other regarding off-balance drinks (or over-salted food, or terrible service). The reason the restaurant/bar industry doesn’t get better faster is because it’s the rare person who can stand to hear something they “created” isn’t perfect. It took me a long time to be comfortable with criticism; I still bristle at it occasionally. We’re so busy rallying support (publicly, that is, while privately continuing to talk the worst sort of shit), we haven’t learned how to actually help make each other better at this. But we have a base—a generation of drinkers who are actually passionate about this stuff—and as with mixing any great cocktail, that’s a most important first step. 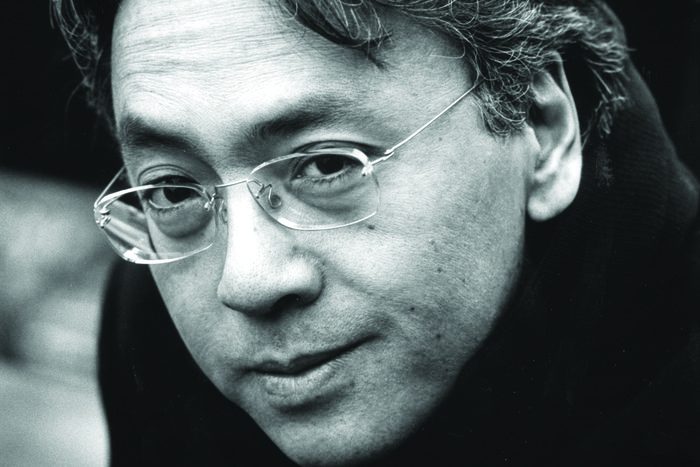 User's Guide
A User’s Guide to Kazuo Ishiguro
With The Buried Giant, the author of Never Let Me Go and The Remains of the Day has again conjured the unexpected. Here… 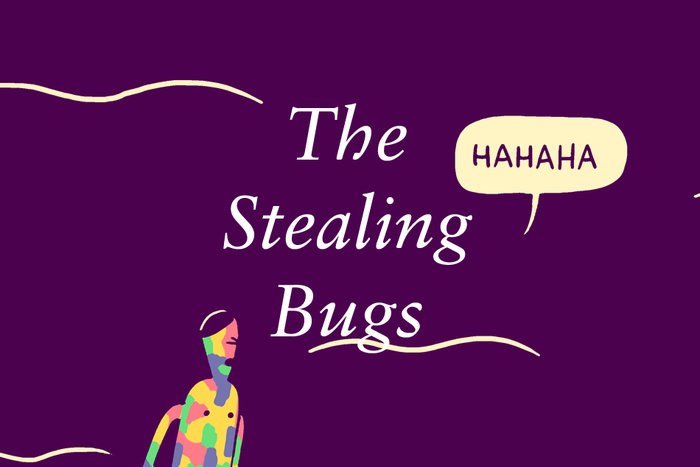 Comics
The Stealing Bugs Pt. 5
“How did I get here?”