Of Salty Reviews and Silent Chefs

When New York’s Per Se was devastated by a recent Times review, why weren’t restaurateur Thomas Keller’s peers anywhere to be seen? 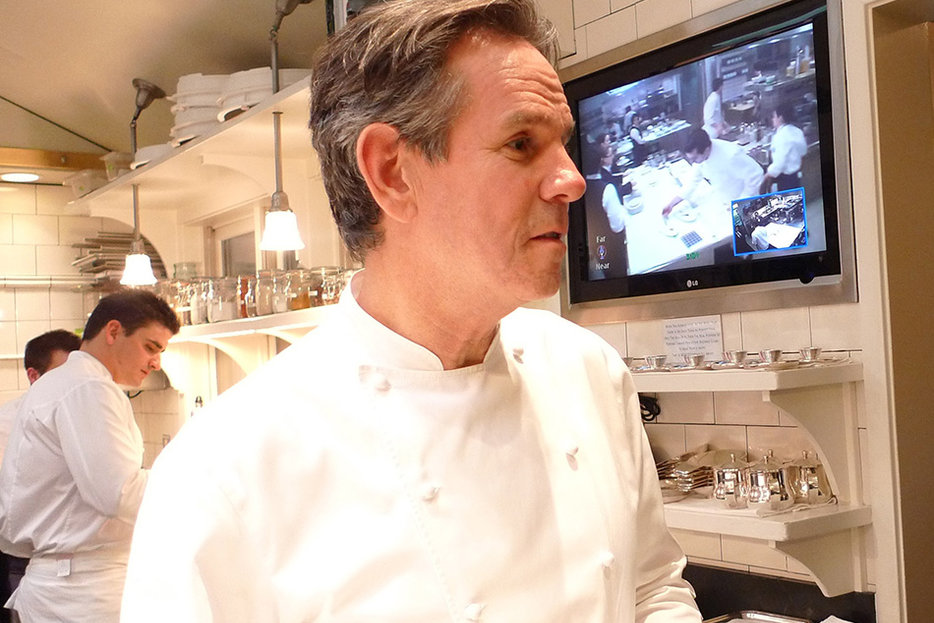 In the 24 hours following food critic Pete Wells’s hyper-dramatic take-down of Famous American Chef Thomas Keller’s Per Se, the gurgling cauldron of Food Twitter frothed and boiled over. Wells’s review pulled no punches. He compared a broth at the once-beloved New York restaurant to “bong-water,” and exposed all the grimy details of how condescending and neglectful the service had become.

Food writers all over North America were tripping over themselves to gleefully repost the review with a little snarky quip. There was a general sentiment that Pete Wells was doing noble work, exposing the half-naked emperor—not a small feat, considering the power wielded by famous chefs (and their PR departments). A negative review is usually the death knell for access. You speak up, you can pretty much guarantee Chef won’t give you that quote you really need about how easy it is to spit-roast cauliflower, or open up his fridge to you for that jaunty “new” feature your editor has been pushing (“What Chefs Eat at Home!”).

I understand the fear journalists have of crippling their access; to post a negative review, especially of an established heavyweight, is a huge risk, and one you can only take if your position is either vaulted or somewhere under the pole. For those writers in the middle, the bone-makers, the risk/reward ratio just doesn’t add up. Publishing a negative review, or even suggesting a titan’s time has passed, isn’t a chance many writers can afford to take, although it could be strongly argued that the public’s thirst for a nasty take-down is insatiable. If you have the power of an institution like The New York Times protecting you, the worry of losing access would be limited—a rare and lucky position for a food writer.

But behind the restaurant industry’s closed doors, casting aspersions on our top people is a national pastime. We love to nudge the kings off their thrones, just a little bit, watch them fumble with their crowns, hoping they’ll clatter to the ground. I recently went on a tweet spree in which I asked a very reasonable yet totally rhetorical question: why on earth doesn’t Frings, the new Toronto restaurant from Susur Lee and Drake, serve—even if just for whimsy—anything remotely resembling fries and onion rings? What a wasted opportunity. The people want frings.

After some fairly gentle but undeniably mean-spirited tweets, a few people pushed a little harder on the door I’d opened a crack. One out-of-towner came down hard on Frings’ website; a former Toronto chef made a crack about the Kale Caesar, the subtext being how terrifically over the dish is. I countered with a dig that required nothing more than repeating a dessert as it was listed on the menu and adding periods: “Molten. Lava. Cake.” A dessert so very of the Nineties that I suppose it is almost time to bring it back. It can be in Rashida Jones’s new video.

Thomas Keller remains a hero to a certain kind of cook.

But why was it so easy for me to bang out those tweets without a second thought? And then repeat them here? Part of it is my natural inclination towards dickishness.11I am self-aware enough to know these kinds of off-the-cuff quips are expected of me—that’s part of the reason I was able to take a career in restaurants and use it to trick people into giving me money for words.  The truth is, there are restaurant professionals in this town (or any town) far more worthy of a snarky Twitter storm, but I wouldn’t dare. Going after anyone not universally accepted as “top-level” is considered poor sportsmanship. It’s easy to poke fun at the Drakes and, way down a notch, the Susurs, because we think we can’t hurt them; that the insulation of having “made it” is a magical duvet that repels schoolyard taunting. But I’m sure that’s not true. Meek Mill, despite being far less famous and despite ultimately losing the meme war, was able to get under Drake’s skin. (I think; I am no Drake/Meek expert.)

Drake and Susur are insulated by success, of course, but I’m sure if Susur stumbled across the Frings tweets while creeping my feed, he would have clicked in the hope that people were coming to his defense. As I’m sure Thomas Keller hoped the restaurant industry would after that devastating Per Se review. But almost no one defended Keller, which I found odd. The cackled glee of Food Twitter was loud; the silence of Restaurant Twitter was deafening.

Whether Per Se is a shadow of its former self—if that decline was an industry-wide open secret, or knowledge limited to the small number of food journalists with expense accounts who could dine there far more easily than cooks could on their never-quite-enough salaries—doesn’t matter. I’ve been hearing for years how not-good Per Se had become, or how bad the “value” was, or how obvious the waiters were in their attempts to upsell you on luxurious, expensive extras. But regardless of these rumblings, Thomas Keller remains a hero to a certain kind of cook: the kind who takes pride in cutting instead of tearing the green painter’s tape used to label litre containers, ubiquitous in professional kitchens; who came up through the ranks as Anthony Bourdain’s Kitchen Confidential was becoming a best seller;  who has an armful of earnest tattoos. I want to know why not one of these cooks with a significant voice defended him.

When Keller’s The French Laundry Cookbook was published (long before anybody knew what a tweet was), the entire industry had their minds collectively blown. It was widely acknowledged as an incredible work that made his recipes if not necessarily accessible, at least achievable if you had the base skills and the patience. He was the first cook in America to gain the kind of reverential respect that had previously been reserved for Europeans. Back then, I wasn’t yet deeply entrenched in the industry, but even by the time I was, years later, cooks still spoke of him in hushed tones with stars in their eyes.

And yet, when Wells’s review began bouncing its bong-water aspersions across the Internet, nothing. Complete radio silence from Keller-ites. Perhaps some of this can be chalked up to the fact that most cooks lack the time for or inclination towards Twitter. But it wasn’t just that I didn’t see a single big-time chef defend him, I didn’t see anyone of that caliber say anything in particular about the review, positive or negative. (Though I’m sure a closer investigation would reveal a world of sub-tweets.)

The entire industry spent a week running into each other at bars after work and rushing to be the first to ask, “Did you see that review?” without having to be more specific, while publicly saying very little. Behind closed doors, restaurant people are eager to say it’s about time the state of Per Se was widely known, but we seem to be rendered uncharacteristically, publicly, meek on the matter.

As restaurant professionals, we all know our industry hangs on the mutable whims of the dining public, and we all—even when times are flush—are acutely aware that the rug can be pulled out from under us at any given moment. The industry’s silence speaks to this innate fear that it could happen to any of us. Even if we think Wells’s review was completely warranted, the power, particularly of a Times review, is frightening. So maybe we didn’t want to take any joy in the failings of a lauded hero, because we’re all justifiably scared that it could happen to us. 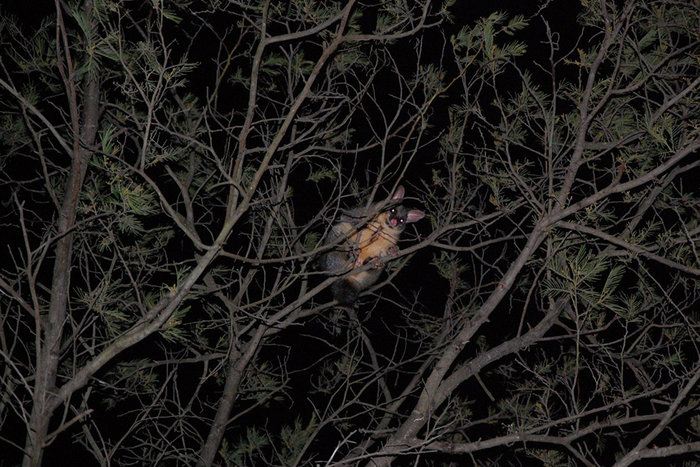 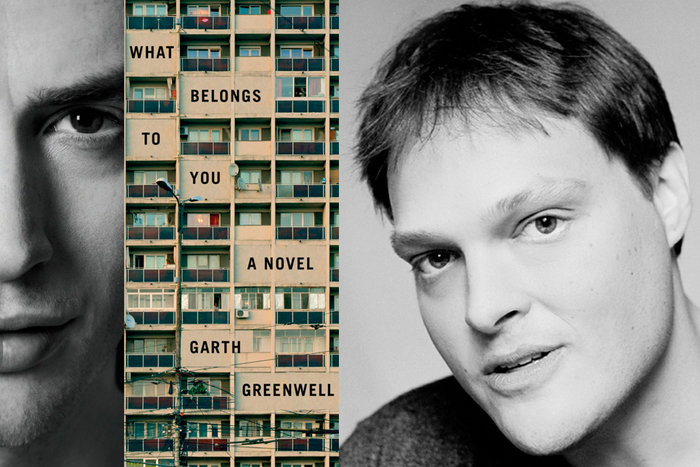 Interview
‘The Intense Erotica of the Propulsion of a Sentence’: An Interview with Garth Greenwell
Talking with the author of What Belongs to You about the stimulating power of language, the falseness of authenticity,…