Steven Soderbergh’s turn-of-the-last-century medical drama is obsessed with modernity—what it means to step out of history’s shadow, and how we shape the past to fit our current needs. 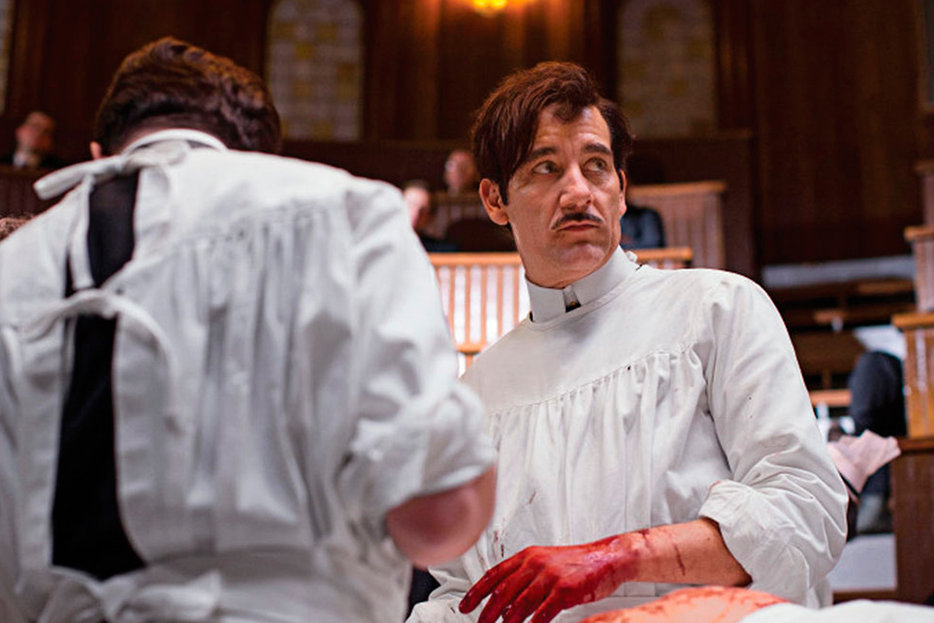 Still from "The Knick" (Cinemax)

One of the subplots of The Knick, the grim Steven Soderbergh-directed series about New York surgeons at the turn of the last century which wraps up its first season on Friday, concluded with Mary Mallon all but skipping out of a courtroom, cleared of charges related to infecting a handful of her rich employers with typhoid. Typhoid Mary is, of course, a very real person from roughly the show’s era—the first person to be identified as having asymptomatic typhoid, which helped her cut a disease-ridden swath through upper-class New York, changing jobs and names quick enough to avoid identification before eventually dying after more than 20 years in quarantine.

The Knick keeps most of the basic facts of the case—including the fittingly gag-inducing detail that traces of actual shit in the food Mallon was preparing caused the infection’s spread—but the way it bumps up and sucks in Mallon’s first exposure to its 1900 Knickerbocker Hospital setting seems, less than a season into its run, like a very Knick-ian thing to do. That speaks not just to the show’s self-assurance—aided, as with everything Soderbergh does, by the director’s meticulous control of tone—but to the way it separates itself from similar historical dramas, namely in the way it plays with its own historicity.

On the surface, the show is a suture of our era’s fascination with dark antiheroes and our abiding taste for medical drama. Dr. Thackery, played with a ferocious arrogance by Clive Owen, is the hospital’s cutting-edge chief of surgery and a knife-edge cocaine addict, someone who easily justifies every bit of his generally dismissive behaviour with the life and death (there’s a lot death) work in which he’s engaged. His near-standard template of a character is redeemed first and foremost by the equally irredeemable bunch he’s surrounded with: The Knick nails the shadowy imperiousness of the medical profession, even in this nascent state, and it’s played out in everything from his assistant chief Dr. Edwards’s (Andre Holland) willingness to risk a patient’s life if it means getting his own hands inside them to the bullying viciousness of ambulance driver Tom Cleary (Chris Sullivan), a profession that’s presented as a notch above grave-robbing.

Coursing through the show’s veins, though, is an inquiry into modernity—in particular, what it means to regard yourself as modern, and how that can warp your view of what came before. The earlier part of that equation is wrapped up explicitly in following surgeons in a time when they’ve just started to shake off their reputation as literal blood-drenched hacks. The advancements of the era—the hospital is finally wired for electricity, Thomas Edison drops by to show off an X-ray machine, Dr. Edwards inquires into the viability of a vacuum for sucking up blood—have emboldened the doctor’s technique, the dexterity and demeanour of the physician no longer the only relevant factors to a procedure’s success. The wealthy benefactor of the hospital sums this all up rather nicely when discussing the X-ray machine, pointing out that, where people had made previous fortunes in the physical world—timber, steel, even shipping, as he did—the new money is going to come from harnessing the invisible forces that surround us: the world here has literally gotten bigger, and all of a sudden has more stuff in it with which to make a reputation, if not your riches.

The knowledge—often just background, but ever-present—that they’re in a new era plays across the characters in strange ways. Thackery, as mentioned, excuses his entire life outside the operating theatre—and a good number of the deaths that happen in it—because he has some sense of how he’s not just affecting an individual but potentially many hundreds or thousands, if he can finally perfectly perform a procedure. Sister Harriet (Cara Seymour), a nun who works at the hospital’s orphanage, has less grand ideas, but she’s still sufficiently emboldened by the time to go against the church’s stance on abortion, providing discreet services to women who otherwise take matters into their own hands. As with the doctors, the show seems to have summed up her worldview by the time she looks over a home abortion’s grave with the full knowledge that she could have prevented such an outcome—that she’s in a time whose powers don’t fully align with the moral precepts of a darker age, even as those precepts shade her own conscience.

That The Knick is dealing with abortions in 1900 is its other wink at modernity, specifically what it means to be a modern person looking back. Outside of Thackery’s personal struggle with cocaine and an accommodating nurse, the two major threads the story ties together are about abortion and race, the latter represented by the reluctant integration of Dr. Edwards, who is black, into the Knick staff, and his efforts to treat African-American patients the hospital turns away. It’s not hard to find any time in American history in which race hasn’t been some kind of factor, but the fact that the show so squarely aims at it while being set outside the obvious touchstones—roughly, the Civil War, the Harlem Renaissance, or the ’60s—as well as its counterpoint in reproductive rights, feels like a pointed reminder to us viewers about what we’re watching, and the ways in which we bend history’s stories to illuminate our own. (Daniel Hale Williams, a prominent African-American surgeon—he performed the first open heart surgery in the U.S.—did actually found an interracial hospital a few years before The Knick is set, though it was not exactly a watershed moment.) Even the score, a collection of brooding electronics that wouldn’t feel vastly out of place in an ’80s future-noir, is designed to draw our attention to the artificiality of the show’s history, its pointed anachronism a reminder that the era in which a story is always as important as the era in which it’s set.

That’s an ever-present undercurrent in any historical drama, of course, but especially on television, few draw attention to it the way The Knick does; Mad Men, for instance, inherently provokes consideration of the difference between our era and the one it depicts ending, but it rarely actually slips a mirror into its stories, forcing us to consider ourselves considering these others (it would much rather leave that to Matthew Weiner, thanks). Boardwalk Empire, meanwhile, shares The Knick’s tendency to draw in real historical figures, but their relative centrality to the story flattens them into dramatic props while granting the show a gloss of authenticity; the effect is more a kind of historical stereo vision than anything, filling out the era with its big names rather than forcing us to reconsider either them or our conception of them.

The Knick by contrast not only shows us what it’s like for characters to watch themselves step out of the shadows of history, it reminds us that we are right there with them, celebrating our own beautiful modernity by forcing the past into something suitably misshapen. Every era is convinced it’s lit by brighter and better lights. 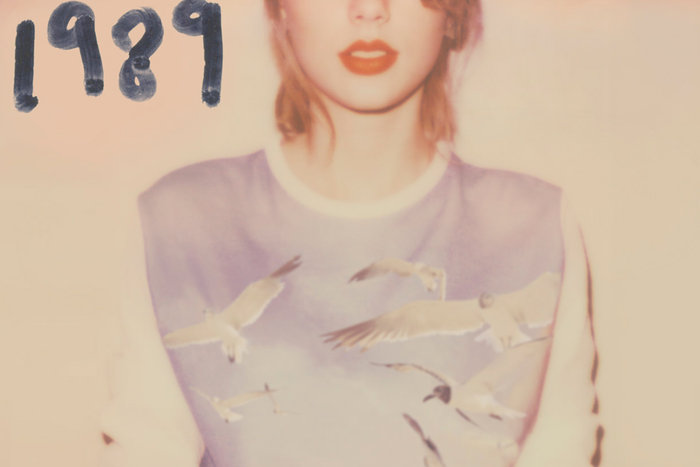 Culture
Out of the Woods and Into the Particle Accelerator
Figuring out the force behind Taylor Swift’s new song, one component part at a time. 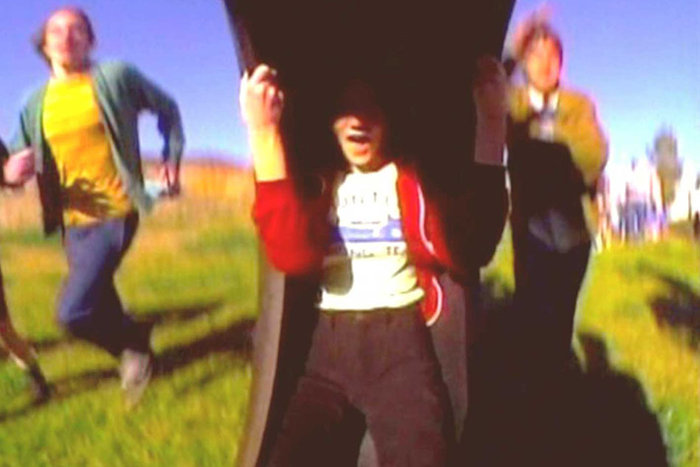 Essay
28 ‘Til I Die
On reaching life’s sweet spot.