Impatiently Waiting for the Horror of Death

How do you argue with someone who won’t stop reminding you that they’re going to die? 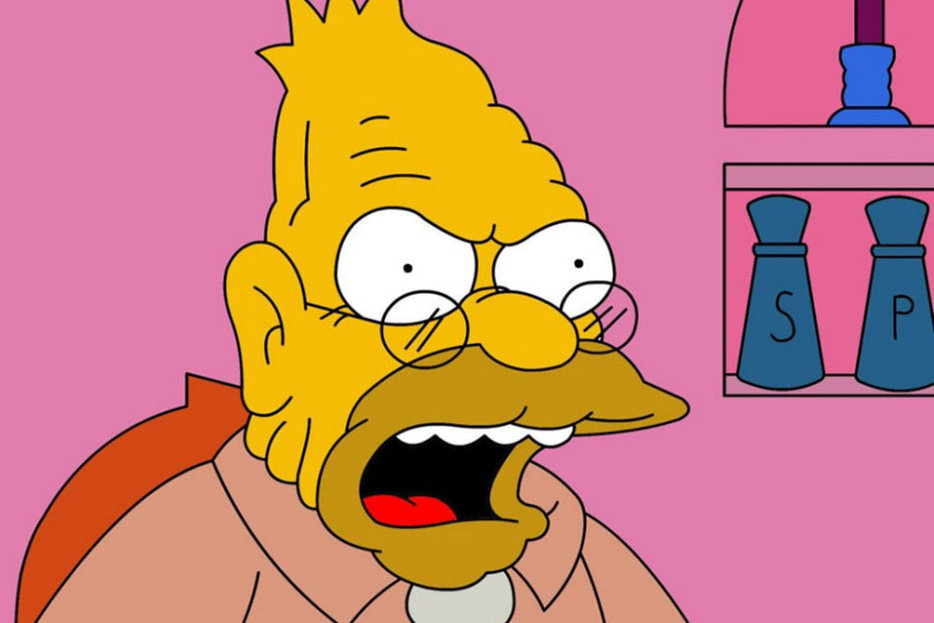 What else is there to do when you can no longer stand on your head?

My dad doesn’t have a lot of time left. I know this because he tells us so. He repeats it monthly, sometimes weekly. He isn’t subtle about it, either—you’d be surprised by how many conversations start with him explaining, “I don’t have much left.” You hear it when you disagree with him and he doesn’t want to argue. Sometimes you see it in the way he winces when his back hurts, or when he rubs his knees in the morning, or how his eyelids droop when he gets a headache. The signs are all there: This is a vision of a man on his way out.

Does this make it sound like my dad is very sick? He is not. He’s just getting older, and he’s handling it with the least amount of grace a physically healthy, mentally sound, middle-class Canadian possibly can. He still runs 10 kilometres every morning, followed by a breakfast of 12 soaked almonds, half a pomegranate, an egg, and a candy-dish full of multi-vitamins. Until his mid-fifties, he could stand straight on his head, and still maintains enough verve for life to be mean to small dogs but sweet to fat babies. My dad is not dying any faster than the rest of his generation, but if you ask him, he is dying sooner and harder than any of them.

He turns 65 this month, and like all his birthdays, he’s dreading it. “I’m going to be a senior citizen soon,” he told me glumly over the phone earlier this week. “It’s a new phase in my life, I guess. This is what I am. Whatever I am.” I hear him sink deeper into his leather armchair, squeezing the air out of the armrests like he’s strangling them for their youth.

It’s no surprise to anyone else in the family that Papa Koul keeps threatening to die. When I was in junior high and rebelling against his rules (“No mascara? Papa, you’re like a Nazi!” I would scream before slamming my bedroom door and listening to Green Day because I was very political), he would use the threat of his declining health to keep me in line. We’d fight, and then, a few hours later, he would be draped on his chair, complaining of chest pains. To be fair, both of my parents do this, but only my dad has some family history to back it up: his father died in his sleep 35 years ago of a heart attack. My dad has been waiting to wake up dead for three decades: when he disapproved of something I’d done, he’d talk about his rising blood pressure and worsening hypertension and I would bring him a small bowl of jalapeno potato chips and sit quietly, willing his heart to beat normally again.

These days, he complains about not being able to do headstands anymore. “I used to be so able-bodied,” he says. “I can’t even get my marathon time under four hours.” After his runs, my dad used to take to his bedroom to do yoga and stretch before his shower. The last thing he’d do was a headstand: he’d flip his slender body upside down, his head matted into the cream carpet and his face filling with blood. When little kids would visit, he’d nudge them and say, “I can stand on my head, you know,” and they’d laugh and say, “No, Uncle Vijay, you’re too old!” and so he would do it on command like a teenager on a dare, and the child would gasp and chatter and try to mimic him or knock him over. Then they would sit with him on his armchair and gaze up at him in awe, as if they’d found a surprisingly agile 100-year-old talking oak tree, and he would nuzzle their necks and massage their feet.

My dad has won much five-year-old affection with this party trick. But he can’t do it anymore. If you ask him, this isn’t so much the natural progression of a body that is not supposed to be upside-down but, rather, a sign that death is coming for him.

My dad has been waiting to wake up dead for three decades: when he disapproved of something I’d done, he’d talk about his rising blood pressure and worsening hypertension and I would bring him a small bowl of jalapeno potato chips and sit quietly, willing his heart to beat normally again.

He didn’t start talking about his doom—as much as he does now, at least—until he retired. His kids were financially independent, his wife got her first part-time job, and no one really needed him anymore. He sulked when his kids moved away. He sulked when one of them got married. “Do you need money?” he asks me over the phone. I can hear his disappointment when I tell him I don’t. He just wants to make sure everyone is doing okay, because as you may have heard, he does not have a lot of time left.

He doesn’t take this out on anyone quite like he does on me. I spent nine days with my family over Christmas, and my dad gave me the silent treatment for seven of them. No one was entirely sure why—we never are; he does it every time I come home—but our best guess is because of an international trip I’m taking in a month. When I went to Ecuador a year ago, he sent me a rambling email asking why I couldn’t wait until he was dead to do “such dangerous things.”

There’s a pattern to this. A few days after I leave my parents’ home and return to mine, he sheepishly calls me to tell me he is sorry, that he didn’t mean it, that he hopes I come home again soon so that he can fix it. And then the kicker: “I don’t want to fight with you,” he tells me. “I don’t have much time left.”

My dad is still fun, despite becoming increasingly preoccupied with his cosmic clock. He still sends me absurd emails about things he doesn’t like (“I have decided to completely disown any of my near and dear who would willingly spend money in Lululemon”) and confused texts (“HOW DO YOU TEXT A PERIOD .”) and calls to deliver missives about what it is like to be married for nearly 40 years (“Your mother went to the mall today and I hadn’t had lunch yet and I almost starved. She almost starved me”).

What makes me angry is that he’s right: he will die. You can’t argue with that. But every time he reminds me of it, I feel my heart dig down into my kidneys. I get increasingly agitated by his insistence on spending the remainder of his life anticipating the end of it. It could take another 30 years, but he spends so much time dreading it that I can’t help but do it too. When the phone rings and it’s my mom and she sounds quiet, I assume he’s had a heart attack. “What’s the matter with you?” she says when I immediately burst into tears. “I just had something caught in my throat.” Or the annual call from my brother that leads me to believe my father is on life support and we need to make some tough decisions. My new greatest fear is my mother dying before him: who is going to take care of this lunatic? (It’s clearly on his mind, too: two years ago, apropos of nothing, he screamed, “I WILL NEVER GO TO A HOME” over dinner. No one had ever suggested it.)

My dad doesn’t want any fanfare for his birthday, never has. My mom will make rice with turmeric and ghee. They will buy him a single slice of Safeway hazelnut cake, a grotesque slab of nutty icing that he adores, and he will request that my mom add extra walnuts on top. My niece will help him blow out a single candle. And he and I will both swim through another sleepless night, another year in his life, each of us cataloging incurable illnesses, freak accidents, unlikely natural disasters. One of them will catch up with him some day, but for now, even if he isn’t speaking to me, he’s still here. 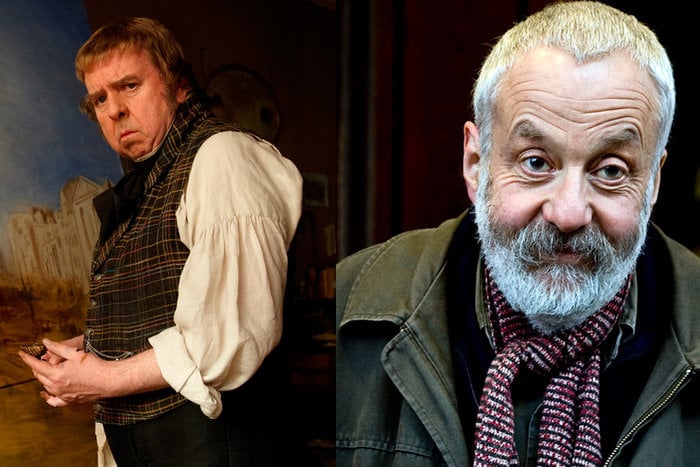 Film
‘That’s a Fairly Silly Question’: An Interview with Mike Leigh
The acclaimed (and playfully salty) filmmaker on the evolution of style, shooting in digital, and the limits and joys…