I Hope the Mets Lose Because I’m Queer

The Mets are a long-running dramatic play that has little to do with winning baseball and everything to do with embodying pain. If they win, they’ll experience something their fans rarely do: victory.

Peter Moskowitz is a writer from New York City. He’s working on a book about... 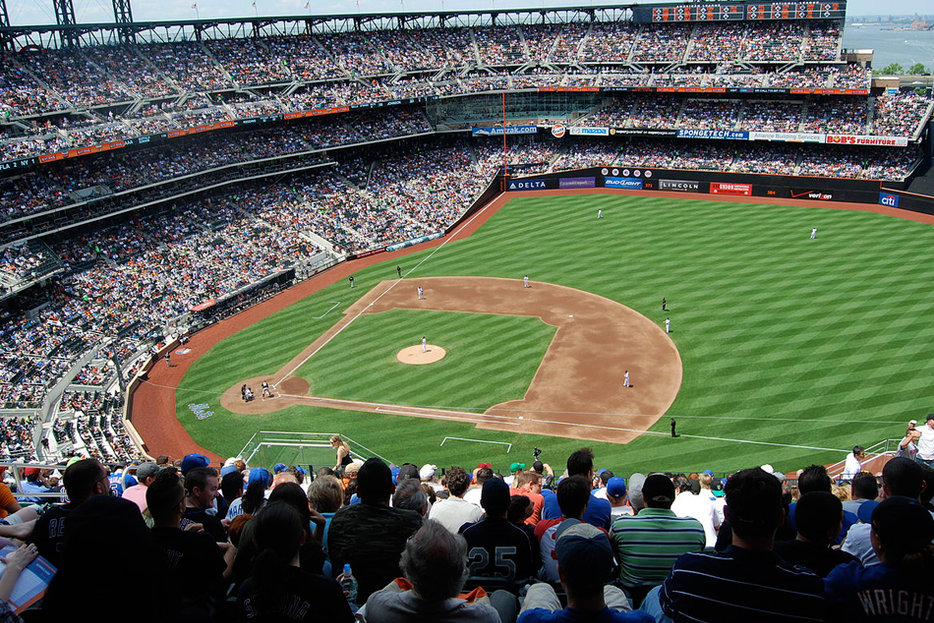 These are some of the several-thousand headlines produced over the last couple of months, as the New York Mets, often the punch line of Major League Baseball, continued their improbable run to the World Series, which, despite last night’s 14th-inning loss, they have a pretty good shot at winning.

These headline writers hit the nail on the head on one level: to be a Mets fan is to be long-suffering. That’s undeniable. But they miss the mark on another: They imply that the act of winning would somehow quell that suffering. They forget that the Mets are not so much a baseball team as they are a long-running dramatic play that has little to do with winning baseball and everything to do with being the living embodiment of endless pain. A successful Mets team will not extricate us from our suffering, but simply excuse them from representing it.

That’s why, with every Mets win this postseason, my anxiety grew. The team wasn’t only winning, but dominating. Their closers left opposing batters standing at the plate, mouths open, down on strikes. Their fielders seemed to be in space, leaping so high to catch balls that even the announcers were stunned. They beat the Los Angeles Dodgers—by most accounts a major favorite heading into the playoffs—on the Dodgers’ home turf. Then they beat the Chicago Cubs in four straight games. They looked good winning. They looked like the Yankees.

As I watched the games, the celebrations by legions of fans who miraculously appeared only over the last few weeks, and the assertions by sports journalists that our suffering was over, I felt sad and abandoned. If the Mets win the World Series this year, they’ll have accomplished something the fans they’ve represented hardly ever get to experience: victory.

There’s a stereotype that queers don’t like sports, which I think is probably true to a certain extent. Not because we’re bad at them or don’t understand them, but because we’ve been predestined to realize the absurdity of the system, and therefore have no need to participate in its salves.

To grow up gay and Jewish is to grow up playing second-fiddle—to find tranquility in being ignored, meaning in being a loser. My childhood wasn’t particularly violent; the discrimination I experienced was never all that harsh. But I still knew that I was less-than, destined for a supporting role in the lives of my straight friends. My best friend Jamie was the Yankees to my Mets—blonde, tall, straight, good at sports.

I remember standing on a baseball field when I was about 11, playing on a team for which my dad was a coach that had placed me in often-deserted right field. A batter hit a fly ball in my direction, well within average fielding range, and yet, as everyone told me to run for it, I just stood there, letting it fall 50 feet to my left. It was a moment of embarrassment for me, but it was followed by something significant-feeling: a sort of subconscious acknowledgement of the meaninglessness of traditional wins. I smirked at the ball that’d dropped next to me, walked over to it, and lazily threw it into the infield. Over the years I’d come to see this as the moment I began to recognize there was no point in trying to conquer a system set up to fail me. I’d never be the coolest kid in school, I’d never feel validated within traditional society. I wrote in 9th grade on the front of my composition notebook in big, block letters, “AIM LOW.” For years I thought this was a sign of poor self-confidence. Now I see it as early recognition that there are some things worth failing at.

Much of the gay rights movement these days has been about assimilation—about proving that we can catch baseballs, too: “Look, now we can get married, just like everyone”; “Look, we’re in the military, killing, just like you, and also sucking dicks”; “Look, we can run massive corporations by day before retreating to our bedrooms to perform private acts that are now theoretically less stigmatized (though you never hear what being gay actually means in public), then return to the boardroom to exploit others, just like you.”

Much of the queer rights movement, however, has been fighting this assimilative movement through the power of what we’ve always been good at: failing.

Our hyper-capitalist society encourages a success defined by numbers—salary, stock market points, Twitter followers. Sports are popular because they gamify this daily terror—trivialize and therefore make palatable the utter ridiculousness of living in a system in which we are goaded to always produce more, to aim for higher but ultimately arbitrary and meaningless numbers. When your team wins, it feels, in some ways, like you are winning. You get to participate in the fantasy that the game you’ve been forced to participate in has meaning, and now that you’ve won, you can relax and celebrate.

There’s a stereotype that queers don’t like sports, which I think is probably true to a certain extent. Not because we’re bad at them or don’t understand them, but because we’ve been predestined to realize the absurdity of the system, and therefore have no need to participate in its salves.

In their book The Queer Art of Failure, Judith/Jack Halberstam (a professor of gender studies, American studies and comparative lit at the University of Southern California, who goes by Judith and Jack and who does not identify strongly as one gender) lays out how queers, women, and subjugated humans of all kinds have built radicalness into their inevitable failures to meet mainstream society’s demands—have leveraged the fact that they will never enjoy the riches of the American Dream to pursue other, more emotionally and politically lucrative dreams.

Queers and other marginalized peoples had no choice but to fail in American society, but because of that forced failure they created social movements, collectivist cultures of free love, and anti-patriarchal relationships. Before the Holocaust, Jews were in a similar position: building cultures outside the mainstream that existed only out of necessity but were nonetheless (in my opinion) often better, more communal and nurturing than the cultures they were not allowed to participate in. My dad’s mom, who grew up in what’s now the Czech Republic, never forgot the farm life she had with 16 brothers and sisters, all of whom were killed in the war. In the U.S., she had more money and attempted to assimilate into American culture, but she never felt happy here. She settled in a town upstate that reminded her of home—small, close to a river. She was lonely.

Halberstam argues that an acknowledgement of the usefulness and attractiveness of queer failure can be gleaned from even the most inane pop culture. To Halberstam, Toy Story is about a kid rejecting the traditional Oedipal framework of becoming an adult in favor of finding kinship amongst a creative community. Dude, Where’s My Car?, while racist, sexist, homophobic, transphobic, and generally terrible, is also about two men who, through failing to conform to traditional masculine roles of confidence and competence, make themselves vulnerable and ultimately open themselves up to other cultures and ways of being.

The Mets did not hint subtly at their failures. They were a joke of a team created by bureaucrats to satisfy fan demand in New York. Until recently, they played in a big, blue, plastic box with a giant hole in the middle of it (Shea Stadium, though their new field Citi Field is queer in other ways: its food is artisanal, its layout affords even those who can’t afford good seats good views from anywhere). The team plays next to an airport that deafens players every 90 seconds or so with each takeoff. The team mascot (Mr. Met) is a baseball married to another baseball (Mrs. Met, who left the team for a decade to “work as an event planner” according to team management, and who is now back full-time). And their players were, for the most part, bad, comically bad, campy bad. If you watch clips from their 1992 and 1993 seasons, with runners jogging slowly, seemingly disoriented between bases as they’re tagged out, you can understand why the seminal book on the Mets from that era was titled The Worst Team Money Could Buy. When the Houston Astros pitched a no-hitter against the team, one anchor wondered, “Should it really be considered a no hitter? It did come against the Mets.”

That’s exactly why my failure of a family—New York, Jewish, uninterested but also forced to be uninterested in success as defined by others—identified with the Mets. The Mets proved baseball was not about winning, but about something deeper: connection with others, finding meaning in spectacle, having fun and eating bad food and getting drunk in public. We like the Mets because they are about the beauty of failing.

Peter Moskowitz is a writer from New York City. He’s working on a book about gentrification for Nation Books/Perseus. 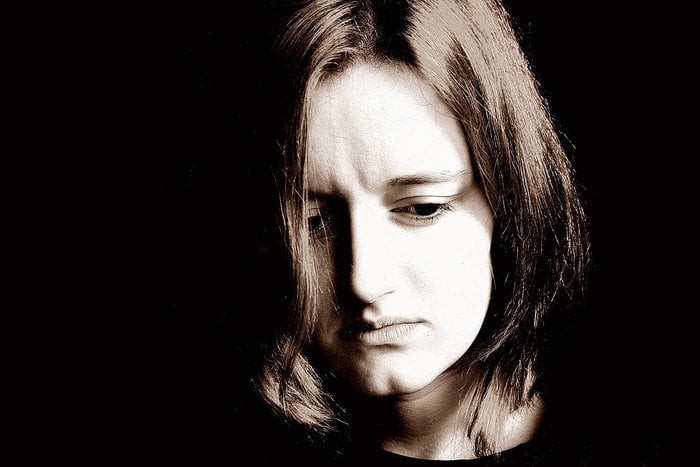 Fiction
Griever
“Everyone either dead or dying on the walls.” 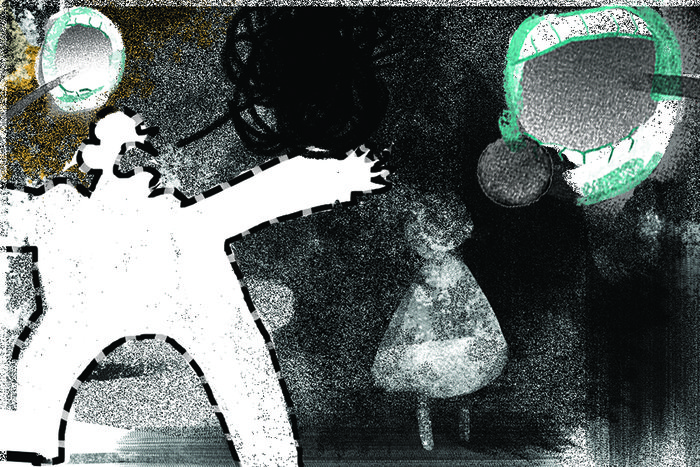 Giving Up the Ghost
Brin-Jonathan Butler
'I Find It Strange That Bodies Can Have Eras': An Interview with andrea bennett
Ziya Jones