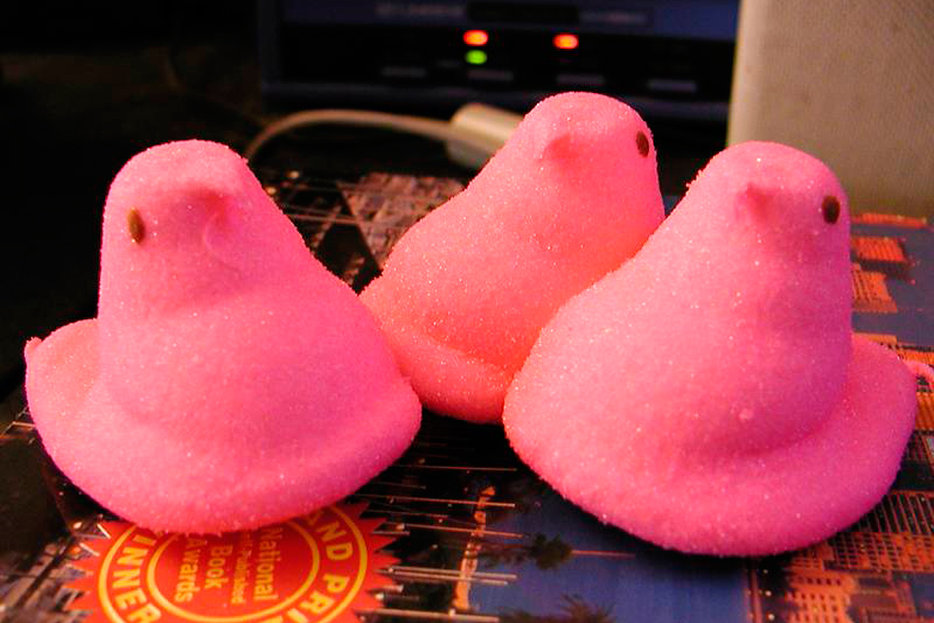 13. It feels somehow improper to eat Easter-branded candy corn, but the wrongness of candy corn is innate and fundamental.

12. “Simnel cake is a light fruit cake with two layers of almond paste or marzipan, one in the middle and one on top, that is toasted and eaten during the Easter period in the United Kingdom, Republic of Ireland and some other countries.” It’s that time of year again, thought the thin-lipped British pervert. I get to eat double the marzipan!

11. The existence of chocolate-covered marshmallow eggs must be delayed compensation on the part of that kid who always wanted to make s’mores at camp.

10. I don’t have any particular objection to those SweeTart candy animals (ducks, bunnies, etc.), though they do bring to mind Flintstones vitamins (which we all used to eat like candy anyway).

8. Have you ever actually seen somebody eat a marshmallow Peep? My theory is that people only buy them to marvel at the engineering process, or perhaps as a luridly colored omen.

7. Solid chocolate eggs are the median of Easter candy, generic but dependable. If you have a hookup for the darker variety, they’d be several notches higher.

6. One could say the same thing about chocolate bunnies, except that, crucially, they’re shaped like a cute animal.

5. Reese’s Peanut Butter Eggs don’t differ too drastically from the classic standard offering, aside from providing a new excuse to eat them.

4. I’m only listing the “Easter egg donuts” at Tim Hortons this high because they more closely resemble capsules of MDMA.

2. The raisins, the mild spicing, that inconspicuous symbol on top: Hot cross buns suggest that modern Easter was invented by rugelach-crazed WASPs as an excuse to eat sugar sometime. Nothing tastes sweeter than Methodist rectitude.

1. Wikipedia lists 24 varieties of the Cadbury Creme Egg, from warped mutant flavors like peppermint to the genuinely promising orange, but none of that tinkering would work if the originals didn’t crack apart into such a satisfying mess. 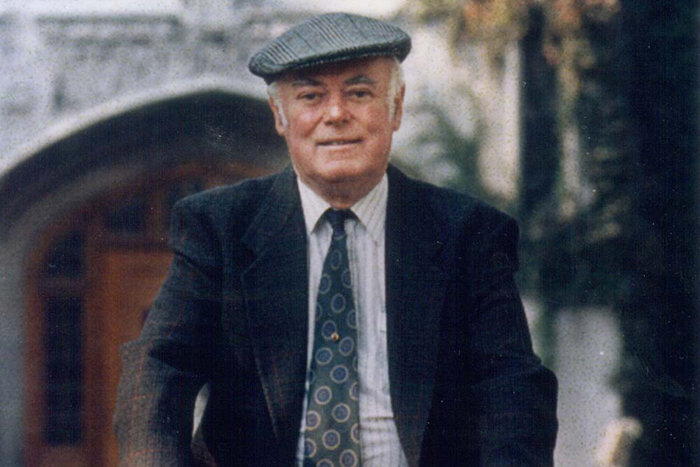 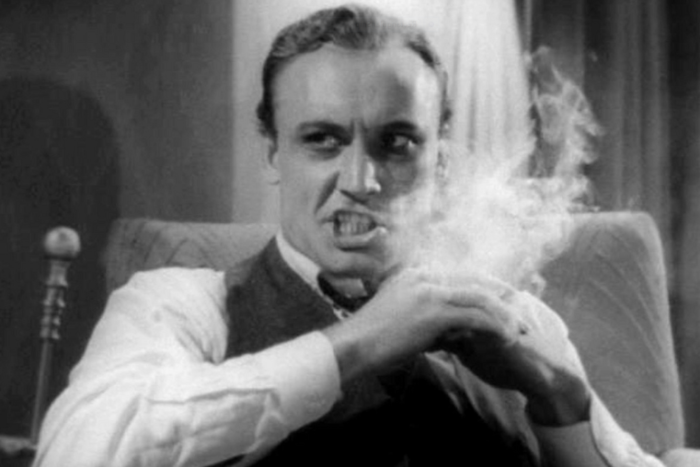 Film
Is Reefer Madness For Real?
Since the 1970s, stoners from all walks of life have been laughing hysterically at what seemed like the worst ever in…