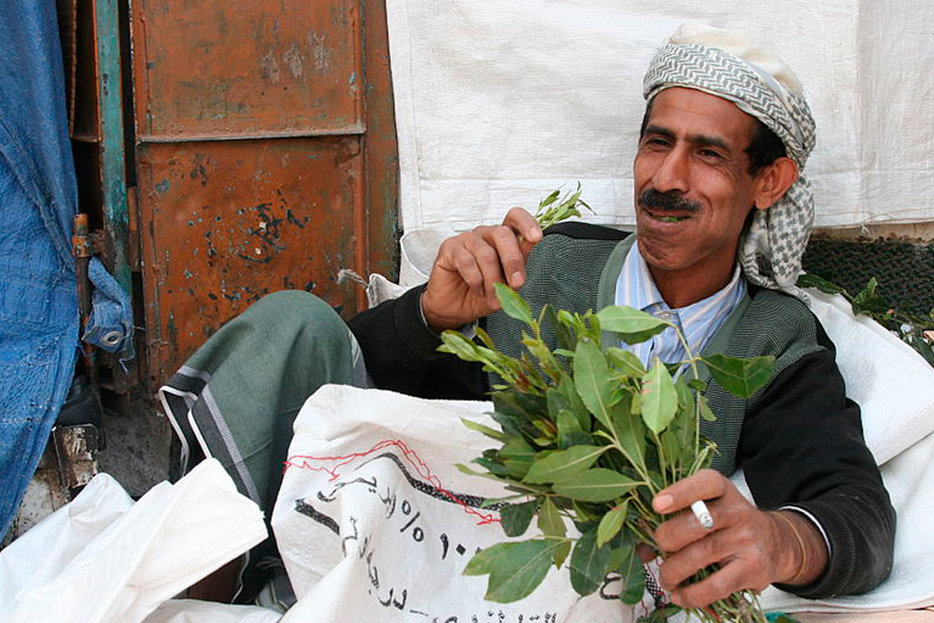 Image by Ferdinand Reus via Wikimedia

Take a look through the reviews of Captain Phillips—Tom Hanks’ most recent essay on the greatness of America, this time using Somalia and its pirates as the pretext—and you’ll see khat mentioned quite a bit. In most of these pieces, especially the ones written by Americans, the substance is used as a kenning—as in, “khat-chewing Somali pirates,” a way to flick to their abject crazedness and to establish them as enemies you’re not going to feel too bad about seeing die in the third reel.

Khat’s handy that way. We don’t know too much about it in this part of the world (though increasing amounts of it are being brought in and, who knows, probably grown here), and the people who use it are sufficiently distant from the experience of many of us that, when we, or our journalists, see people using it—often poor people, often brown people—it’s easy to misinterpret.

This has happened before.

Khat, or qat as it’s sometimes spelled, is a stimulant with opioid tendencies. You chew the leaves when they’re fresh, and you get a buzz; you chew a lot of it, you get a bigger buzz. But a buzz is all you get. Well, that and an appetite reduction—the active ingredient is an anorectic, which makes it helpful and popular among Muslims for Ramadan fasts. The most common comparison made in medical literature is to coffee, which also provides a buzz, and is also an appetite suppressant. Cathinone and cathine work differently from caffeine, but the effect is similar.

And yet, in July, British MPs voted to ban it, joining Norway, France, Germany, and the Netherlands, of all places, in criminalizing this fairly innocuous plant. Last week, a few of them started to rethink the subject, and have been canvassing their colleagues to overturn the ban before it takes effect next year. But it doesn’t seem likely.

You could see khat as a latter-day marijuana, and though its effects are weaker than that other miscomprehended and ill-treated weed, what we Westerners are doing to it bears a striking resemblance to the century-old racist origins of our current drug prohibitions.

Norway, France, Germany, the Netherlands, and Britain all have something else in common other than the khat ban: trouble with their Muslim populations. These otherwise enlightened, progressive states seem utterly unable to handle Muslim immigration, variously fearing violence and national redefinition. For so many of these Europeans, Arabic and Persian Muslims are strange, unknowable, and unpleasant. We understand tea leaves and coffee beans, but khat? It just seems so foreign.

It doesn’t help that many of these countries are at war in the Muslim world right now, and soldiers and their embedded journalists are sprinkling their reports about their antagonists—which are, ahem, antagonistic—with references to khat use among the enemy. It doesn’t take much to vilify something unknown, and for khat, that’s about all it took.

Most of the latter half of the last century’s opposition to marijuana was pretty broad—concern focused on the corruption of youth and the possibility that the drug would act as a gateway to even more serious and possibly deadly substances. But in thinking about khat, it may be useful to call up a prominent Canadian’s take on the subject in the early 20th century.

Emily Murphy is lionized in sculpture, fresco, currency, and a Heritage Minute as one of the five due to whose efforts women won their “personhood” from England’s Privy Council in 1929. She was also, however, an enthusiastic racist and anti-drug activist who wrote a series of articles for Maclean’s that were adapted and collected into a book called The Black Candle, first published in 1922, that seems to have had some influence on the Canadian government’s decision to become, the very next year, the first country in modern times to ban the plant.

The book, which Mark Bourrie wrote about in the National Post last year, is a telling document: in addition to the more familiar arguments against the drug, Murphy made it very much a matter of race. White boys and girls were being seduced into lives of dissolution and early deaths by brown, black, and yellow people, who brought these drugs to our fair land in the first place. But her prose, though overheated, is no more absurd than much of what we read about khat.

In describing a scene in a book, a review in the New York Times talks about “khat-chewing children, called the Kutu, led by a Congolese warlord rumored to have a fetish for tattered wedding dresses and cannibalism.” Upon discovery of similar plants in the US, the same paper calls it “an alarming new stimulant,” and, in another story, specifically mentions that its users are said to reside in “lairs.”

Canadian media and its international reporters have, to their credit, been much better. From Geoffrey York at the Globe and Mail to Michelle Shephard at the Toronto Star, the response has been sensible. In a story on the cell phone revolution in parts of Africa, York contextualized khat quite calmly. “With the same quick keystrokes on his phone,” York wrote, “he pays for virtually everything he needs: groceries at the supermarket, a few oranges from a market stall, a shoeshine on the street, a cup of sweet milky tea from a café, and even, if he wants, an afternoon’s worth of khat, a mild drug favoured by many Somalis.” Similarly, Shephard doesn’t seem interested in scoring horror points from her look into the plant and its trade: “Miraa trees and bushes, more commonly known as khat, produce the tender leaves and branches that are widely consumed throughout Somalia, Djibouti, Ethiopia, parts of Kenya and Yemen, where afternoon chewing sessions are ingrained in the culture, as ubiquitous as coffee and as common a social ritual as a beer after work, the seeking of a mild buzz.”

Which is what makes khat’s status as a Schedule IV drug in Canada even more disturbing.

Canada, one likes to think, is the sort of nation whose laws are not influenced by the sort of xenophobia that exists in many other parts of the world—that it would turn its attention away from this organic equivalent of a caffeine pill and let folks do what they do. Even the Court of Appeal in Ontario, despite the substance’s illegality, went as far as to uphold the appeal of a woman who had been charged with bringing 34 kilos of the stuff into Toronto’s Pearson International Airport, saying, “The Crown chose to lead no evidence about any specific harm referable to the importation of khat.”

And yet, pressure from the federal government remains, placing it alongside drugs such as barbiturates and anabolic steroids, for reasons that seem to have little to do with the effects of the substance itself. Catherine Carstairs, author of Jailed For Possession: Illegal Drug Use, Regulation and Power In Canada, 1920-1961, was quoted in the Toronto Star recently, stating plainly: “The history of drug use in Canada is inextricably tied to Canada’s history of racism.” After all, well before the marijuana ban of the ‘20s, Canada’s first anti-drug law, the Proprietary and Patent Medicine Act of 1908, was passed as a sympathetic reaction to Vancouver’s anti-Asian rioters in 1907, who under the auspices of the Asiatic Exclusion League (nice) smashed windows, cut braids, and generally terrorized Vancouverites of Chinese and Japanese heritage because they figured they were stealing jobs. They used the fact that the Chinese liked smoking opium, which was, at the time, entirely legal, to exacerbate and justify the action.

We’ve gotten better since then. And though there’s still undoubtedly racism in Canada, our governments have been extraordinarily good, at least as far back as Trudeau, at not obscuring the fact that the vast majority of Canadians, no matter how long they’ve been here, are immigrant stock, and treating new immigrants with the basic decency that derives from that acknowledgement. Let’s say—hope—our regressive khat laws are an oversight then, shall we, and not let the ban continue to stand along with the legal remnants of those century-old transparently racist overreactions.

Studies Show
Why Would a Murderer Ever Apologize to You? 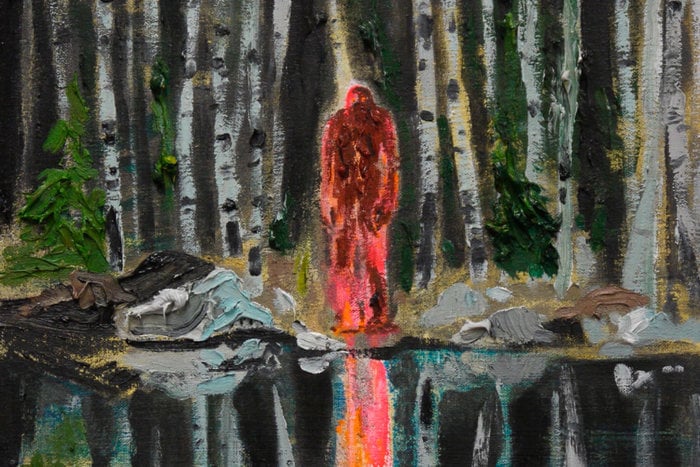 Art
The Woods Are Where You’ll Die
The Group of Seven imagined an idealized Canada: rural, wild, devoid of people, out of history. Kim Dorland’s new…

The Cabin By The Lake
Rhiannon Russell
'I Want to Be in a Dance with the Reader': An Interview with Megan Abbott
Adam Nayman